Take My Council, Please: Tarry Ye in the City of Springfield until Endued with Power… 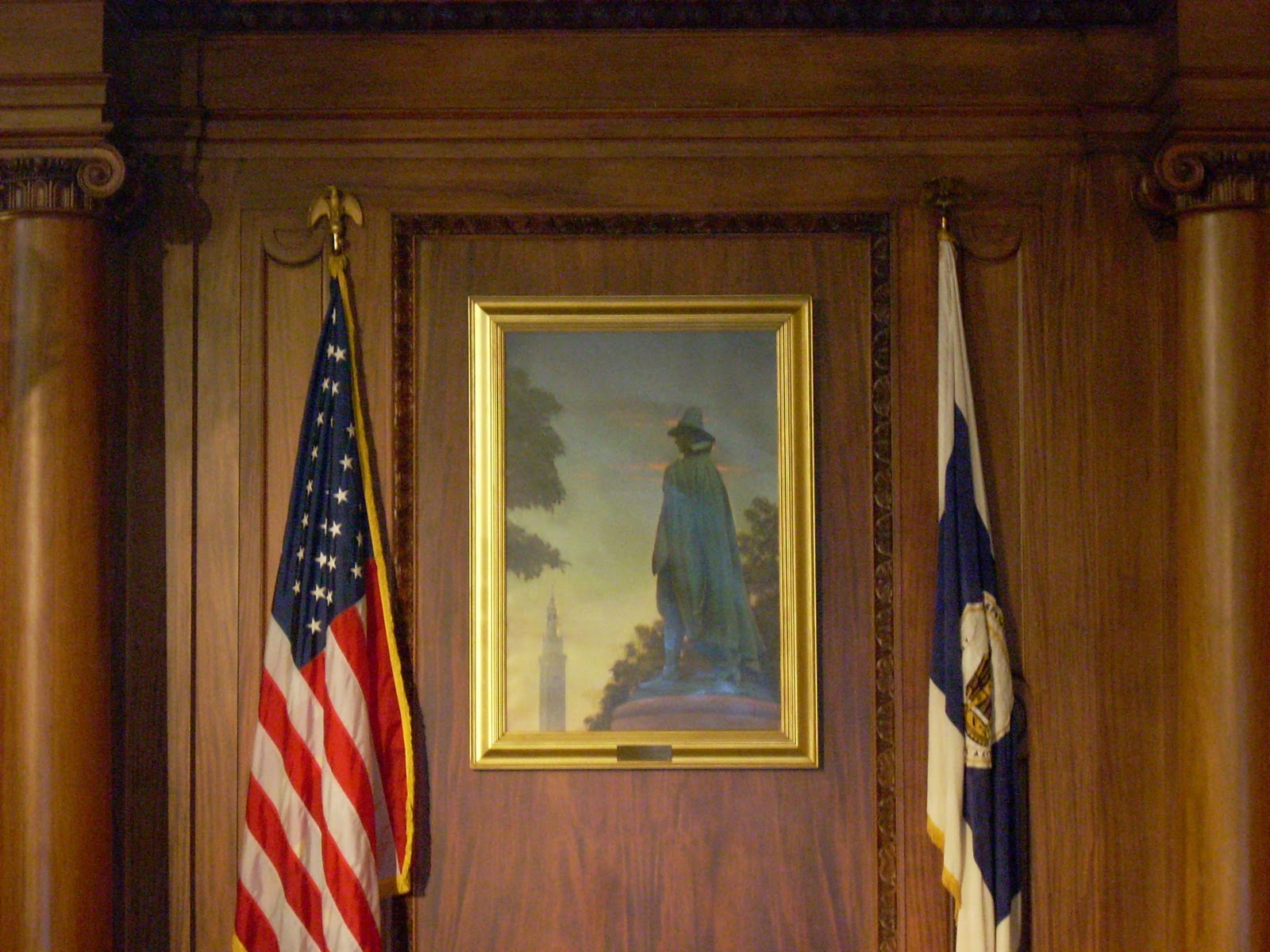 SPRINGFIELD—Returning from its summer lull, the City Council faced an agenda that stretched their Monday meeting into midnight. Although the body notched some wins, the laborious agenda and procedural snafus mangled some items. Moreover, the meeting marked the beginning of a transition with Thomas Ashe filing his resignation to be replaced by Tracye Whitfield.

With such a meaty to-do list, it is nearly impossible to boil the evening down to only a few things. However, the highlights were a veto override—and the abandonment of another—along with a resolve backing the posthumous promotion for black police lieutenant. These items’ success—or failure—reflect political churn in Springfield, partly, amid the lurch toward another mayoral election.

Earlier that day, he formally penned his resignation from the Council, effective Thursday. Mayor Domenic Sarno has appointed Ashe to be his new chief of staff.

Per the City Charter, the first at-large runner up 2017, Tracye Whitfield, will replace Ashe. She will be sworn in September 25.

“Minorities endured a lot at the hands of the police. Laws were not enforced equally,” Hurst said. “But knowing everything that was occurring, knowing [he] would be put in a difficult situation, [Caulton] still saw the value of joining the police force.”

Hurst also called for the city’s planned new police station to be named in Caulton’s honor.

After experiencing prejudice in school athletics and later in his job, Caulton took the police exam and was appointed to the Springfield Police Department in 1964. Caulton suffered a “stress attack” in 1974. Though he returned to the job, defying doubts he could, he never made captain. The Police Commission passed him over in 1992 despite scoring highest on the exam.

Commissioner Helen Caulton-Harris in 2012 (via WGBY)

Caulton was the father of Helen Caulton-Harris, the city’s Commissioner of Health and Human Services. A well-respected bureaucrat, she wrote an Op-Ed about her father in the Afro-American Point of View June issue for Father’s Day.

“My father would later recall that time as one of the most conflicted periods of his life,” Caulton-Harris wrote. “While family members marched and were arrested as civil rights workers, my father stood opposite them in uniform and riot gear.”

Caulton-Harris echoed her Op-Ed’s themes in remarks to the Council.

A chorus of councilors, both white and black, stood to back Hurst’s resolution. Among them was Henry Twiggs, who said the point was show appreciation for Caulton, who died in 2003.

“If it’s just for the record, we shouldn’t have any problem doing that,” Twiggs said.

However, Police Commissioner John Barbieri has indicated the posthumous promotion could be a legal nightmare under civil service laws. 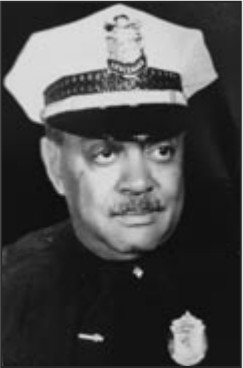 Although she did not cast an audible dissent during the resolve’s voice vote, at-large Kateri Walsh worried about the impact on those whom the Commission did promote. Among them was Paula Meara, who would  later become the first woman to lead the department.

Sarno pointedly rejected the idea. In remarks The Republican reported, he was deferential to Caulton’s family, but impliedly trashed the Council for bringing it up. He added the police station would be named for another black cop, Capt. Joseph Budd.

Sarno’s dismissiveness aside, a posthumous promotion is complex. Supporters have been unclear as to whether they want a legally binding change or mere recognition that Caulton’s bypass was improper. Complicating matters further, the Police Commission no longer exists—for now. Barbieri exercises its powers today and may be unable to issue nonbinding motions as a public body can.

Elsewhere the Council moved on a key ordinance to change how Springfield writes its tax incremental financing agreements. The ordinance would require the city to include language allowing rescission of those tax breaks if a contractor or one of his subs violates wage & hour, worker safety, or other workplace rules.

Sarno had vetoed it claiming the ordinance as written exposed Springfield to litigation and could hinder economic development. Councilors claimed Sarno never raised the issue before vetoing.

On Monday, at-large Councilor Timothy Ryan worried that the ordinance could unfairly punish a landowner for the sins of his contractor or subcontractors. Ryan also claimed it would not affect projects like Silverbrick—which has faced allegations of workplace violations—because it received breaks under a different program.

“I think some of these things are addressed and were addressed previously,” Lederman said.

The override ultimately succeeded 11-1 with only Ryan in dissent. Although Ward 6 Councilor Ken Shea echoed Ryan’s concerns, he supported the override.

The Council’s Chief Diversity Officer ordinance was not so lucky. Vetoed allegedly because it violated the City Charter, the Council unsuccessfully sought an override earlier this summer. Immediately after the July 11 override failed 8-3—nine votes were needed—Ward 1 Councilor Adam Gomez had asked if it could be reconsidered. However, on Monday, City Solicitor Ed Pikula argued this query—rather than a motion—did not qualify under Council rules.

Kitty dealt with a zoning ordinance. Under Massachusetts law, zoning ordinances operate under an entirely different regime—the rules explicitly bar reconsideration for two years—from general ordinances, like the CDO bill. Moreover, courts have usually opted to not intervene if a municipal body ignores its rules. An exception is if a rules violation also runs afoul state law or local ordinance.

Though perturbed, Williams withdrew his ordinance knowing sufficient votes existed. The July vote only failed because two supporters were absent. One opponent was Ashe. It is plausible Whitfield may vote differently.

Beyond those items, the Council had Committee reports on bonds and the rollout of police body cameras.

Utility reports for Eversource received approval. However, a proposal to paint the Thunderbirds hockey team logo onto the intersection of Main Street and Boland Way will get a second look. Funds for an education center on Hickory Street, MGM funds for security, senior programs, and green energy programs received acceptance as did other, small grants.

Land takings and appropriations for the education center passed 10-0. By this point Twiggs had left. Ward 7 Councilor Timothy Allen recused himself as the project involves Springfield College where he teaches.

The Council also greenlit an easement for the Gerena School tunnel project and $82 million for a new building for Brightwood and Lincoln schools.

The Council also approved nearly $1 million in unexpended fund transfers. Most of it will pay for shoring up the embankment over which Dickinson Street runs to cross the brook that feeds Porter Lake in Forest Park. The earthen structure had partially washed away due to heavy rains last month.

During the debate Council President Orlando Ramos stepped down to question how the Springfield had funds for an emergency, but not continuing issues like upgrading private ways. After a lengthy back and forth with city officials, the funds transfer passed 10-1 with Ramos in dissent.

The prior operators of Symphony Hall and City Stage announced they would not continue in that role next year. While CityStage is the Parking Authority’s problem, Symphony Hall is a city-owned asset. Deputy City Solicitor Kathy Breck explained the administration was seeking authority to contract for five years with two-five year extensions optioned at the city’s discretion. 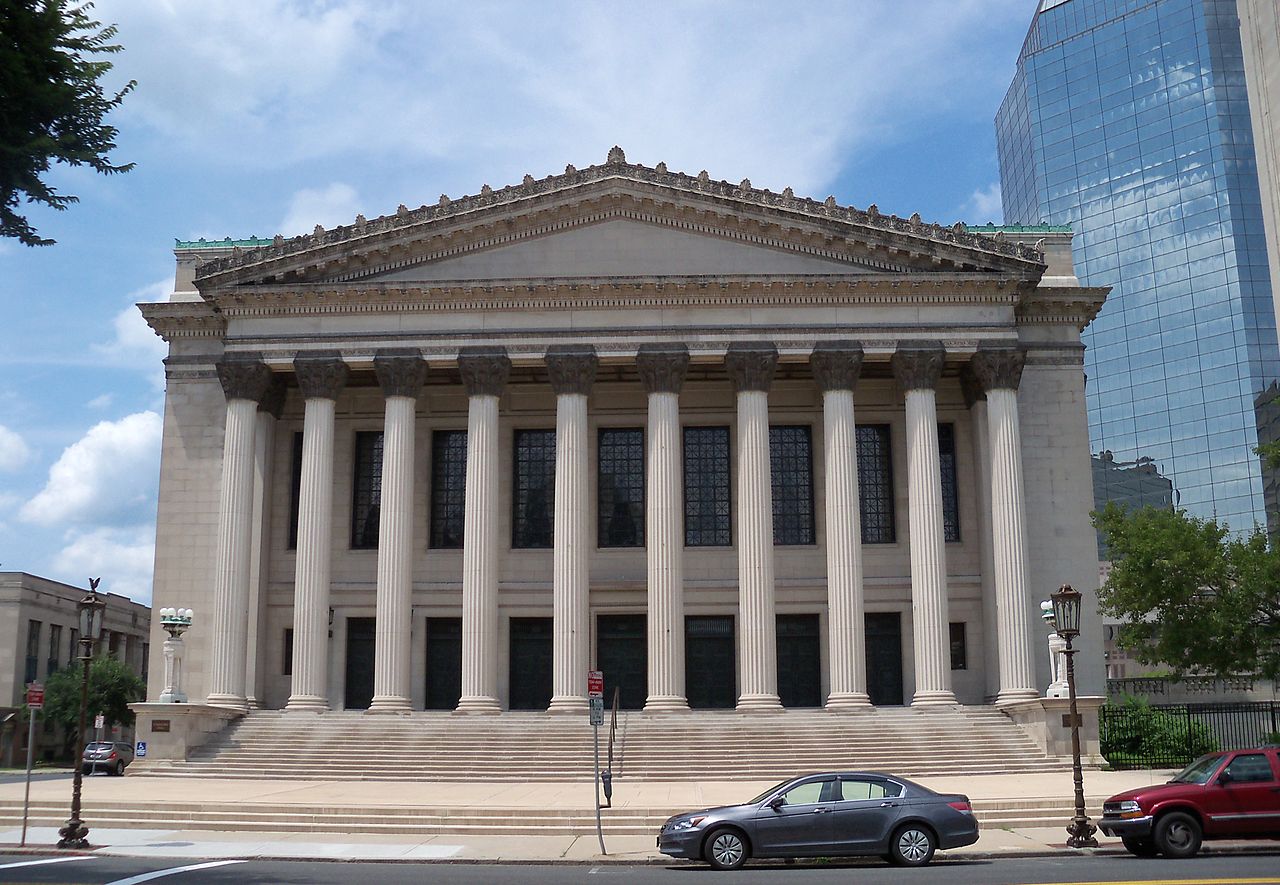 “I certainly understand the economies of scale from having a contract for 15 years.” But, he continued, “My issue is this administration is not knowing who will get Symphony Hall for 15 years.”

Breck stressed that there would be performance reviews before exercising the options. There was some doubt, but the extension ultimately passed 9-2 with Allen and Fenton in dissent.

Two other ordinances advanced without any trouble. Regulations for electronic tobacco devices passed second and third step unanimously. Via voice vote, the Council passed first step to abolish the sunset clause in the food truck ordinance.

The Council also extended its moratorium on recreational pot shops until November 30 or until a marijuana sales ordinance is in place. Originally slated to end September 30, councilors have been unable to reach consensus on regulation. Although some councilors protested, councilors were warier about having no ordinance.

The extension passed 9-2 with Ramos and Walsh in dissent.

The only other items were an increase in the hotel tax, which councilors tabled and a closed session on pending litigation

The meeting was long, running until nearly midnight including the closed session. Yet, the length and the underlying debates Monday night say something.

With the Caulton resolve and two overrides, the meeting became yet more proof that the battle over who has power in Springfield is escalating. Moreover, the mayor’s race is next year. No councilors are clarly aiming to challenge Sarno so far.

Yet, the desire to assert power that is rightfully theirs—usually—suggest this struggle is bigger than one election. If councilors persist and continue to enact legislation—the CDO failure is only temporary—it could decisively alter government and politics in Springfield.