Endorsements on Parade: The Representative Choices are Ashe, Puppolo… 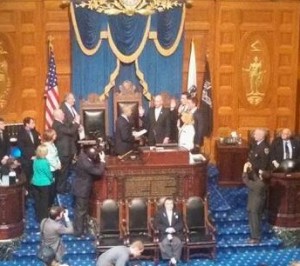 Another Election, another House. (WMassP&I)

There are only a handful of legislative races with general elections this year in the Pioneer Valley. There are so few it hardly feels unfortunate that we were unable cobble together our election guide for the general. Most of what races there are feel uncompetitive for the most part.

Though not all are uncompetitive or uncontested. As is custom, we shall limit our observations to those races in Hampden County. Though we dipped out toe into Hampshire and Franklin political waters this year, we do not feel qualified to weigh in. As it is, nearly all of those races are uncontested in the general or feature inviable candidacies. Likewise, we are declining to endorse, as laid out below, in two other rep races where we are unfamiliar with the contenders.

Incumbent Democratic State Rep Brian Ashe faces a spirited challenge from former Masslive boss Allison Werder, the Republican in the race. Fundamentally, the campaign has not been especially issue-focused. Aside from sniping, resumes have dominated the race culminating in a final few weeks of needless nastiness.

In the end, our endorsement lands with Ashe, who, in his understated way has delivered for the needs of the 2nd Hampden district. He has weathered the burgeoning tug-of-war between the district’s liberal and conservative pockets and remained effective. 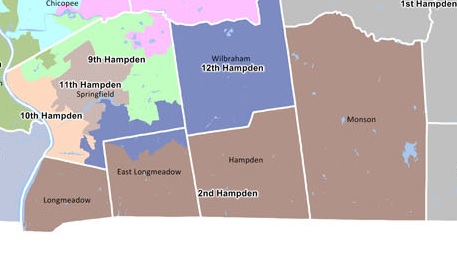 The Second Hampden House District in dark brown. The Twelfth Hampden is in violet. (via malegislature.gov)

Questions of qualifications have bandied about in this race, but they are broadly meaningless in our estimate. There are people decidedly unqualified to hold office even though many do up to the highest echelons of government. But the talk of qualifications regarding a generalist position like legislator is really about disqualifying a candidate because the office is designed to accept all comers. In that sense, neither candidate is inherently disqualified. 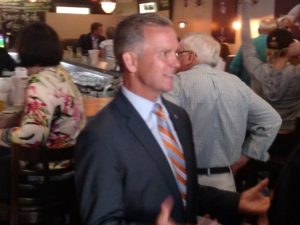 Ashe’s case for reelection boils down to delivering. No, Ashe is not a champion on a specific subject matter or cause. However, that is partly a function of sitting on committees with broad jurisdiction like Revenue, Ways & Means, and state administrative oversight. There is little doubt that from end to end he tends to the district’s needs.

Ashe’s advocacy got the state to partly pay the cost of the new high school to replace the post-war hulk that once sat in the center of Longmeadow. He helped Monson recover after the 2011 tornado, twisting arms in Boston to secure the maximum amount possible. Most recently, he’s been at the forefront of the pyrrhotite crisis afflicting foundations in his district.

We do not care that Werder is a relative newcomer to the region—her family moved here for her since-eliminated job at Masslive in 2013. But, however quick a study Werder is, Ashe’s knowledge as to pairing the district’s needs with Beacon Hill’s resources will not be so readily replaced. Moreover, he is a critical partner to Senators Anne Gobi and Eric Lesser whose districts overlap with the 2nd Hampden. 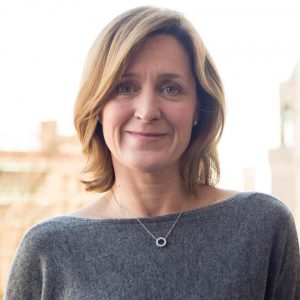 The case Werder has built is principally about qualifications. The emphasis is on her background in business, largely in media on the non-newsroom side. The question is whether that is sufficient to supersede Ashe’s case? In our estimate, the answer is no.

Werder’s camp would like this race to exist in a vacuum, disconnected from Ashe’s tenure. That’s not appropriate. But even if it were, we are not convinced her business background fits this moment. We see everyday how wasteful, corrupt, imbecilic and decadent the business people running Washington have been. Werder may not be as venial, but her background is not what we need in Boston. Moreover, the rich and the monied interests of the Bay State are not unrepresented in the legislature either directly or indirectly. Beacon Hill does not need more.

Most troubling has been Werder’s embrace of the very politics she, a self-described moderate Republican, might claim to spurn. At a forum in East Longmeadow she cited a statistic that portrayed Ashe as a lout, for missing more votes than many of his colleagues. Ashe did miss one day last year which featured many override votes—all budget lines the governor vetoed—but two other days were absences due to the death of his father earlier this year. The day last year is fair game, but to include those from this year is gross. Ashe rightly called her out for it.

Werder then had the temerity to style herself the injured party by claiming she never smacked Ashe for missing votes to tend to his father’s arrangements. However, her accusation in East Longmeadow is impossible to calculate without including the two days of votes falling on the elder Ashe’s wake and funeral.

As some wise soul said some time ago, politics ain’t beanbag. Yet craven claims like this do nothing for the discourse. Certainly, we will not and cannot overlook them.

The appropriate choice for the 2nd Hampden House seat is Brian Ashe, whom we endorse for reelection on November 6.

Democratic incumbent Angelo Puppolo faces independent challenger Donald Flannery. Puppolo has faced several opponents over seven election cycles of varying degree of seriousness. But Flannery is on the lower end of that scale.

We back Puppolo in this race. This blog is based in the 12th Hampden and he his the only candidate, in both record and demeanor, for us.

The 12th Hampden consists of Wilbraham, a precinct in East Longmeadow and parts of the East Forest Park and Forest Park neighborhoods in Springfield.

We have had our disagreements with Puppolo, but in the main he is a responsive and welcoming pol who serves his district well.

Flannery, we understand, was campaigning in other districts. Hard pass. 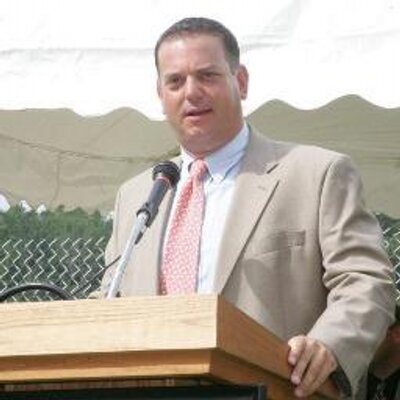 Reelect Angelo Puppolo to the 12th Hampden district. (via Twitter/@apuppolo)

There are only two other rep races in Hampden County with contests. We shall decline to endorse in both.

Neslusan is the first challenger Smola has had in years and a hopeful indication of signs of life where Democrats are on the wane. Yet, Smola, a member of the small GOP House caucus, is no bomb thrower. Were he, it might be easier to override our hesitancy to endorse without more information. As we have said before, we have been unable to do as much as in the past lately. So we have not been able to report on this race. Nor are we very familiar with the principals. We wish the candidates the best.

We are very familiar with Boldyga and we remain perplexed by his electoral longevity. This despite his representation coagulating into little more than a MAGA hat. But nor are we prepared to put our name behind an unknown. Bradford has raised no real money and yes, that’s still a prerequisite.

We will leave it at that.