The Questions for New Authority in 2018…

The ballot questions on Bay Staters’ ballots this cycle are somewhat unlike those of previous years.  They are technical, complex, but also critical.  They could decide how healthcare is delivered, but these questions could also come to define whether Massachusetts has truly evolved into an accepting place or if the ghosts of our intolerance still haunt us.

In that vein we endorse all of the ballot questions, albeit with varying urgency and reasons. 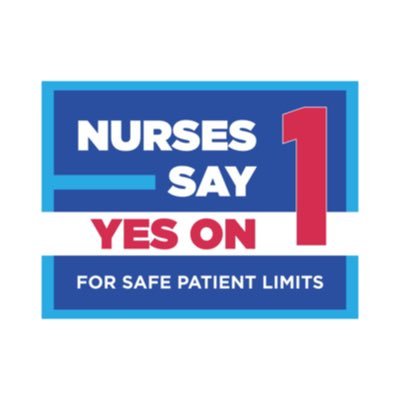 We’re with them. (via Twitter/@patientsafetyma)

We must begin with a caveat. While this blog has no problem government regulations in the abstract, there are problem when they become too minute and invasive. On their face, the intricate staffing rules proposed in Question 1 may appear to be such a proposal that is too technical both for the government to do and for the broad-based policy questions that fit referenda best.

However, to assess Question 1 like this would be irresponsible.  The proposal must be seen in context. It comes amid a spat of hospital system mergers and increased corporatization of healthcare. Although most healthcare systems like Bay State or Partners are nominally nonprofit, they are huge moneymaking ventures. Government policy to suppress the costs of healthcare has accelerated this process, but it began long ago.

Therefore, we must look with a jaundiced eye at the claims put forward by the “No” side of Question 1. The claims are brilliant from a tactical standpoint, but often misleading. Scare tactics about the implementation start and emergency room wait times omit reality.

Contra TV ads, wait times are down in California, which has a similar law.  January 1 is merely the enactment date of the law. Sanctions for noncompliance are much, much further down the road.

Moreover, we do not believe that this legislation shall be enacted in its current form. Although this is a comprehensive legal regime, all ballot questions are, in fact, policy statements. In that sense, the statement is better staffing at hospitals. The legislature, which has acted on this issue before, will undoubtedly craft a revision to implement the underlying values the proponents demand while tighten loose ends that could be problematic. It did this with other large, complex ballot questions. Were this not the case, the commonwealth would be kicking back and smoking a bowl right now.

This blog supports the notion of improving staffing levels and combating the growing commercialization of medicine at the expense of patient care. Vote YES on 1. 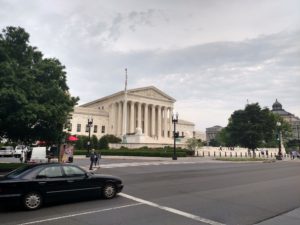 The US Supreme Court got us into this mess. We support the question, but it’s hard to see the way around them. (WMassP&I)

This question presents another complicated process, albeit with an indeterminate end.  In essence, it calls for a process to investigate ways to reverse Citizens United, the Supreme Court decision that unleashed the latest torrent of money we see in our politics.

Unfortunately, the issue of money in politics goes well beyond Citizens United. Indeed, Buckley v. Valeo may need to go, too. Moreover, no solution to it can come from Massachusetts. The Commonwealth cannot even impose rules on federal candidates here and regulators tread carefully where Massachusetts laws overlap with federal law.

If enacted, the question’s language creates a commission to investigate the role of money in politics and then propose amendments to the US Constitution. While this blog thinks the world of Massachusetts, it doesn’t run the country. We’re not sure where this will go.

That said, we urge a YES vote because Citizens United must go down and with it our gross laws about money in politics. 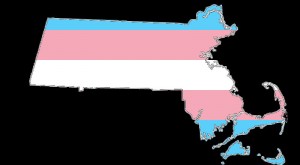 Of the three, this question is probably the most crucial.  A Yes vote will affirm the commonwealth’s commitment equality. In 2016, Massachusetts expanded its anti-discrimination laws to cover discrimination against transgender individuals in public accommodations. This would cover many areas of society including use of restaurants, patronage of stores, and membership in some institutions.

Opponents of the bills, who often wretchedly deride the legislation as a “bathroom bill,” invoke the specter of assaults in lavatories to justify opposition. These forces organized a citizens’ veto of the bill and hence the odd situation wherein voters must cast an affirmative “YES” vote to sustain the law.

The arguments in favor are clear. People must be able to access to the full spectrum of society without facing discrimination for who they are. Gender identity may be difficult to fully appreciate for the cisgender, but the science and research show it is no more a choice than being gay. Gender is not the same as sex and one’s full determination of the former is not grounds for discrimination.

While reasonable people may not understand what transgender is, opponents’ arguments against are caked in bigotry. They do not invoke transmen or transwomen refused service at a restaurant or before a municipal body. They invoke would-be criminals using the law as a shield to invade restrooms and assault people. It’s absurd and not unlike the argument gays and lesbians could not be teachers or that blacks and whites need to be segregated.

Although Massachusetts has become a socially accepting place, it is not universally such. The opposition is largely faceless lacking standout leaders who, in another time, may have been pied.

It is shameful that we have been compelled to vote on the civil rights of our friends, family and neighbors. But the question is before us and we must do what is right.

We shall not dwell on this any further. The vote for equality in our society is on the ballot. We heartily urge a YES vote on Question 3.