Analysis: Does the Springfield Council Work Hard for the Money?… 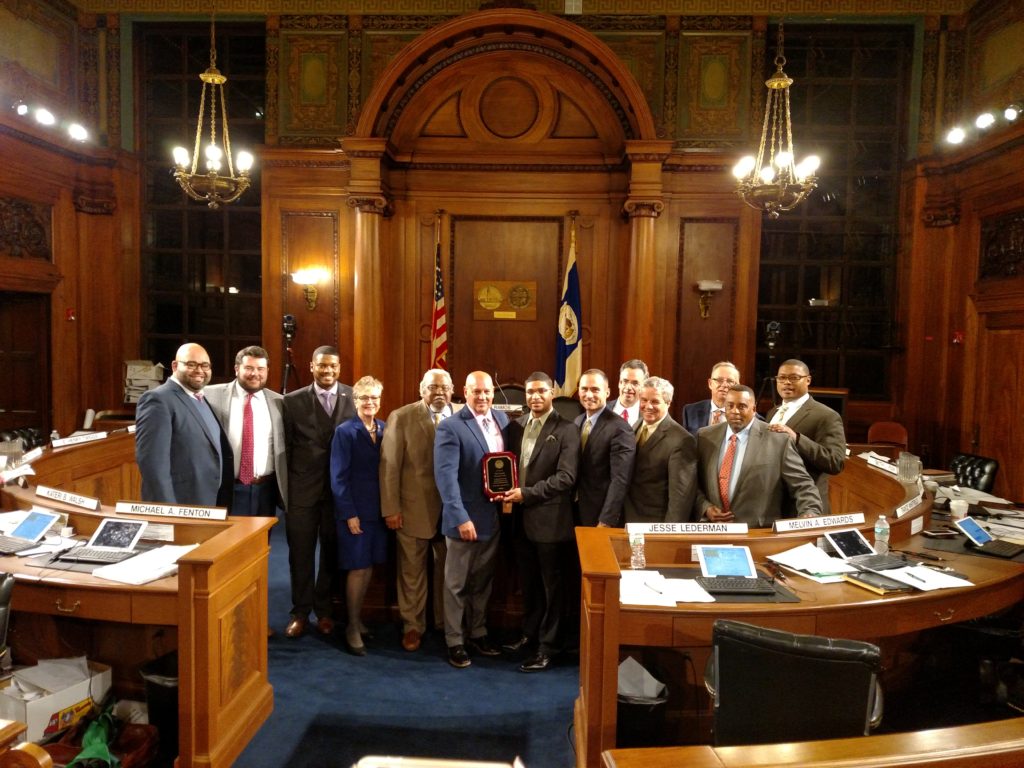 They work so hard for it, honey? (WMassP&I)

For those obsessively following every whimper and groan of the Springfield City Council, the revelation that some councilors were plotting to raise their own pay was not a shock. Five years after the last hike, councilors were again lining up into a spectrum of eager yeses, hard noes, indifferent yeses, and persuadable lean noes.

What made the recent effort remarkable was how suddenly it went public. Rather than a slower, if agonizing process, everything was happening at once. Springfield councilors are hurtling toward anything but coherent policy on city officials’ pay. If anything, the original bill reveals a rushed process.

Behind the scenes, councilors who backed the pay hike insisted the pay increase take effect this January. That would have almost certainly triggered a state ethics investigation into self-dealing. Councilors amended the bill last week to raise January 1, 2020, affecting the Council elected in 2019. It would still raise pay from $19,500 to $29,500, a roughly 50% increase over the current amount.

The Council raises are $5,000 more than the recommendations put forward by a group Council President Orlando Ramos appointed. The recommended increases for other officials were also lower.

Pay for electeds is a fraught subject. Republicans tried and failed to make electoral hay out of pay increases, really a restructuring, Democrats on Beacon Hill passed last year. Although Governor Charlie Baker vetoed the pay bill, he will accept the full salary next year.

Congress has been blocking automatic pay increases for itself for nearly a decade. Though, that began amid the want of the Great Recession.

Popular outrage at electeds’ pay often gets tangled in issues with public employees’ generally. The government usually pays less than the private sector, but legislative staff are particularly undervalued. Springfield has no formal legislative staff. It receives legal advice from the Law Department and administrative support from specially-assigned City Clerk employees.

Yet below the state level, how much to pay electeds can be hard to assess. As a rule, Massachusetts municipalities lack full-time councils. With limited local authority and power concentrated in mayors and city managers, part-time councils suffice.

Although the subject has come up within the social media commentariat, no serious effort to make Springfield’s council full-time is in the works. Nor does it seem necessary. Only two Massachusetts cities appear to pay full-time salaries. 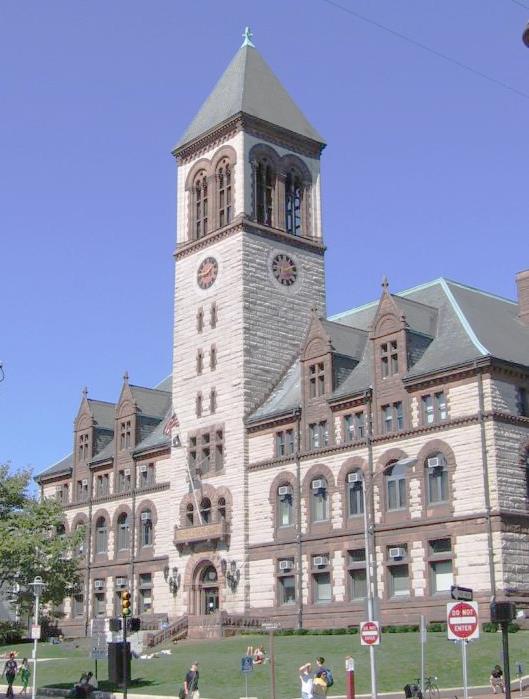 Cambridge City Hall. The Council, the city’s top elected body, is full-time, a rarity among Massachusetts municipal legislatures. (via wikipedia)

It is not clear why Cambridge—which has 40,000 fewer people than Springfield—opts to pay its nine at-large councilors full-time wages. Boston councilors, by comparison, oversee a far more massive population and administration than their Springfield counterparts do.

The question of pay in Springfield is wrapped up in fiscal matters. Cyclical budget crises, swings in property values, high tax rates, costly social ills and debatable services complicate even timely attempts to raise council pay. Similar factors have hamstrung raises for the mayor, as well.

But even if Springfield didn’t have such issues, what would be a good judge for pay? There’s no good way to tell.

Comparisons to peer cities is unhelpful. The uniqueness of Massachusetts municipalities’ powers and structures leave Albany, Bridgeport, Hartford or Providence unilluminating. Even so, an NEPR analysis found many such out-of-state cities paid their legislatures less than Springfield does now.

Springfield’s only Massachusetts peers by size—Cambridge, Lowell and Worcester—have fundamentally different governments. All three vest executive power in a city manager, who is as powerful as a mayor. But their councils, as those cities’ highest-elected bodies, choose the manager, a responsibility above and beyond anything Springfield’s council has.

Even looking to smaller cities is vexing. Cities like Chicopee and Holyoke have quirks in their charters that alter the mayor-council dynamic. Many higher-paid councils out east share Boston’s exorbitant housing costs.

That leaves the history of Springfield City Council pay itself.

Since the 1960’s, the Council President has earned an extra $500 annually.

Something stands out about these figures. Using the US Department of Labor’s Consumer Price Index Calculator, it appears Council pay, on average, has roughly kept pace with inflation. For example, adjusting salaries authorized in 1968, 1980, 1987, and 1996 to today’s prices would bring the salary to about $23,000 to $25,000.

That is what Ramos’ advisory committee recommended, but $5,000 less than the amount in the Council’s bill. 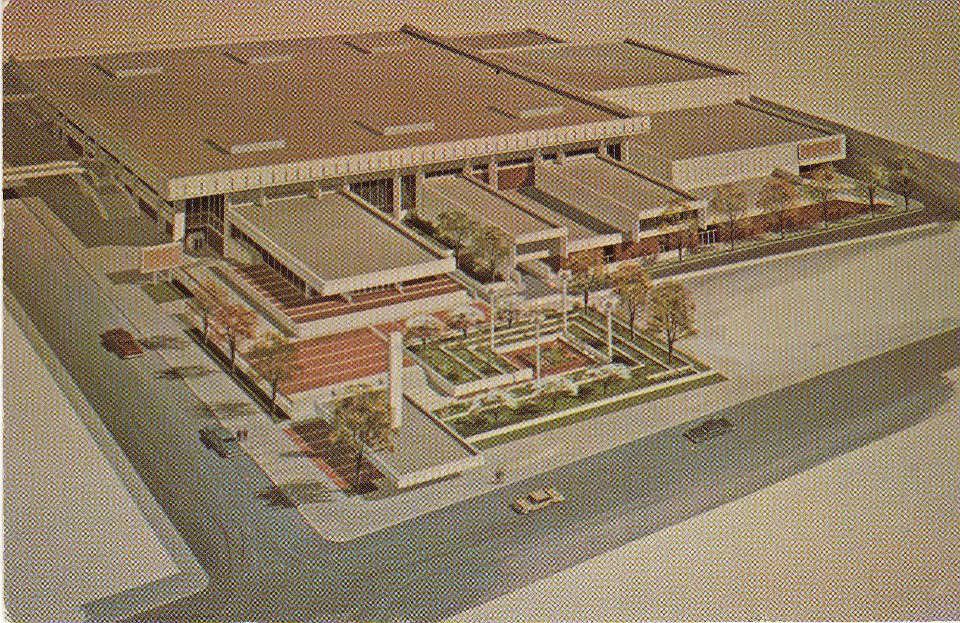 Back when the Civic Center was brand new is the only time Springfield Councilors made, adjusted for inflation, what they would in the propose pay hike. (via Hells Acres)

An exception was the 1973 increase, which was out of step with inflation from 1968. If the 1973 salary is adjusted for inflation, the value in 2018 dollars is about the $30,000 figure some councilors seek today. By comparison, given historic lows of inflation, adjusting the salary set in 2013—councilors’ current pay—to today’s dollars produces a pittance of a bump.

In short, although councilor pay has risen sporadically over 50 years, the value relative to the dollar’s buying power has been about consistent. Without a policy argument for raising Council pay more, the only fair metric for raises may be inflation.

Even this could be perilous. As the inflation calculations show, the buying power of a dollar is not appreciably higher now than it was in 2014, when current pay rates took effect.

Another fairness issue looms. While recent labor contracts have granted city workers sequential raises recently, these increases represent a fraction of what the Council proposes for itself, the mayor and the School Committee.

Moreover, many nonunion workers have gone years without cost of living adjustments, often doing more work as the city workforce has thinned. 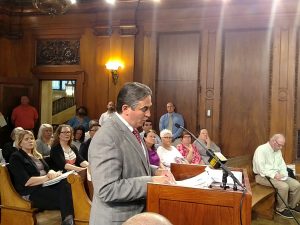 Mayor Domenic Sarno has not unequivocally stated he will veto the ordinance. But he lambasted the Council, calling the increases “not fiscally responsible or justified.” He also claimed he would not accept a pay increase if passed over his veto.

City Hall sources say that pro-raise councilors had opened discussions with hizzoner, hoping to avoid a veto. Historically, Sarno has not sought pay increases for himself. In 2013, he let the hike to $135,000 become law without his signature. However, that may have been to avoid ethics issues as the raise took effect mid-term. This time around, he allegedly considered going along if the School Committee got a bump, too.

But his fierce objection indicates councilors stepped out either prematurely or without a firm grasp of the politics. Supporters also claimed to have support from colleagues who remained noes. A rough nose count suggests at least four councilors will vote to sustain Sarno’s assumed veto. One more will block an override.

Haste hasn’t helped. As written, the current draft of the ordinance could be read as repealing the Council’s salary entirely until 2020.

Everything seemingly goes back to “why now?” and “why this amount?” Raise supporters have not answered these questions. The idea that higher pay will make the Council better has wafted out from their camp, but that doesn’t really speak to what holds the Council back.

If the goal really is to improve the Council—its legislating, policymaking, and realization of authority—fatter paychecks will solve little. Rather, the Council needs professional staff to assist with these functions and provide independent advice.