With a Mix of Backgrounds, Team Comerford Assembles… 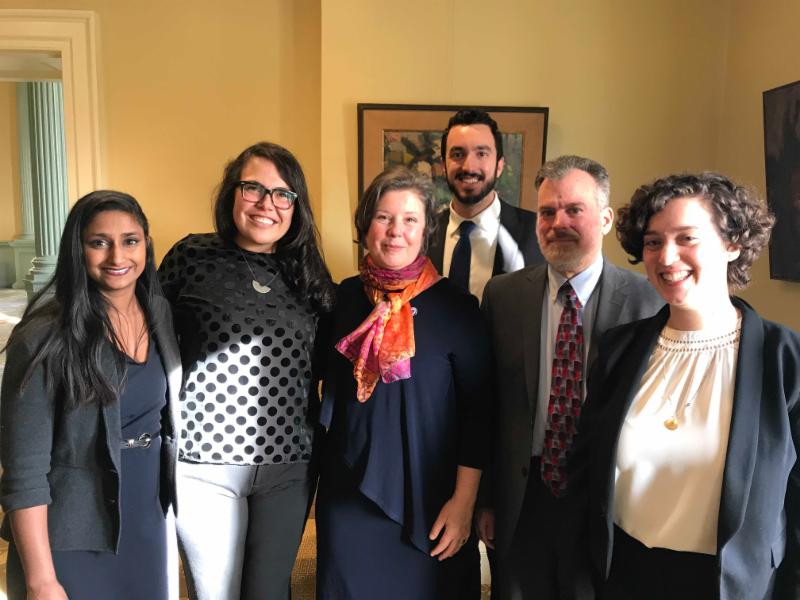 Days after her swearing in last Wednesday on Beacon Hill, the office of Senator Jo Comerford is taking shape. While her digs on Beacon Hill will be in flux as many new senators’ are, she has assembled her team for he upcoming term representing the Hampshire, Franklin, Worcester Senate district.

A mix of Beacon Hill veterans and political staffers, the Northampton Democrat’s hiring decisions presage some of her plans for the coming term. But they also reveal an emphasis on both local needs and grand policy priorities.

Comerford’s earliest hire was Jared Freedman, a former budget staffer for then-Rep Stephen Kulik. Freedman signed on to be as Comerford’s chief of staff shortly after Comerford, who had no general election opponent, formally became senator-elect in November.

The senator unveiled the rest of her staff in an email to supporters last week. Brian Rosman shall be her legislative director joined by legislative aide Rani Jacobson. Both will work primarily out of Boston alongside Freedman. Elena Cohen shall serve as district director aided by Sam Hopper. 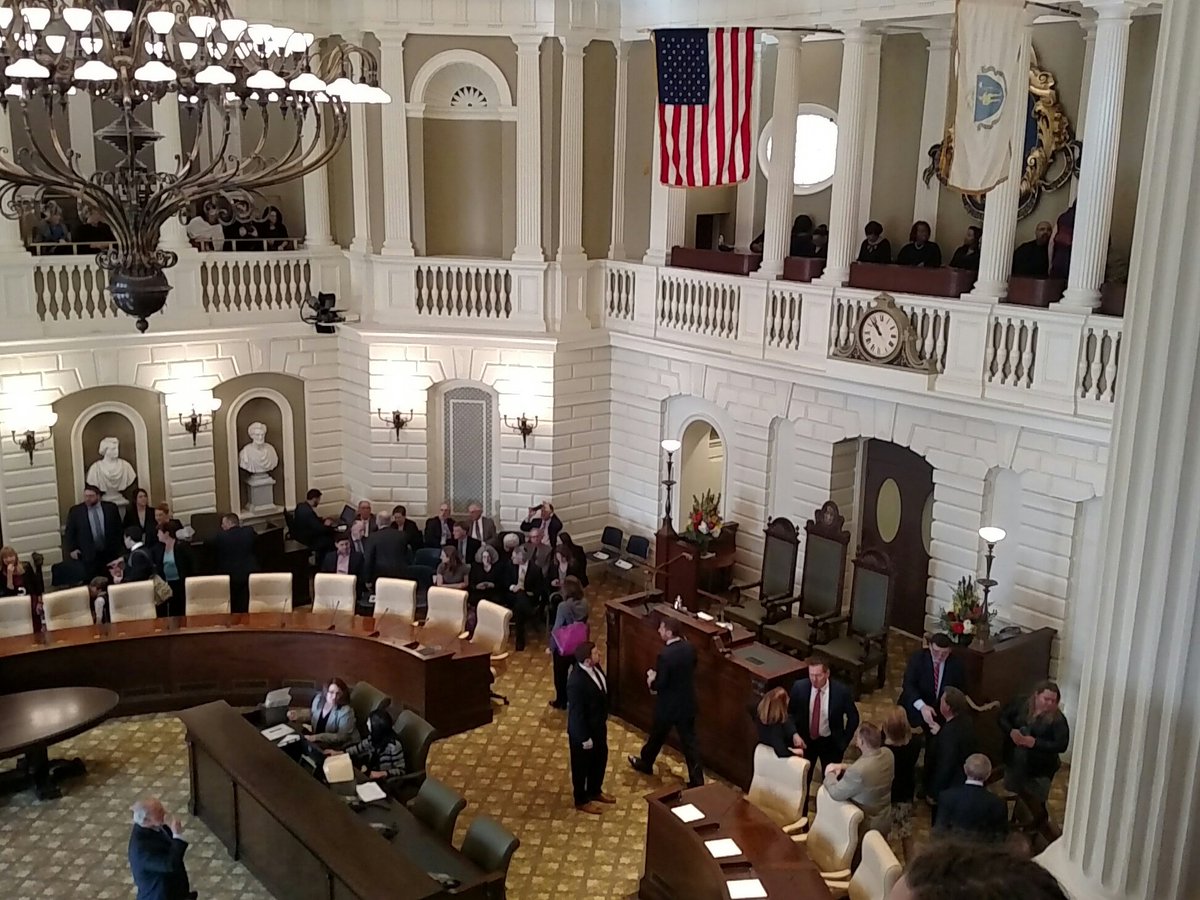 The average Massachusetts state senator has about five staffers. Senate leadership get a few more. Staff is usually divided between Boston and the district if, as with the 413’s senators, it’s not practical to operate entirely out of Beacon Hill. Job titles are fairly standard, but entirely within senators’ discretion. Purely from an HR perspective, titles are often just “Senate Default.”

The man Comerford replaced, Stanley Rosenberg, had been senate president and in leadership before that. Thus, the staff serving the district will be the smallest it has been in years.

Although the titles are not identical, Comerford structured her office much like Pittsfield Senator Adam Hinds and Spencer Senator Anne Gobi of Spencer did when entering office. They started with a chief of staff, legislative director and aides distributed between Boston and the district.

Some offices have staff counsel, although Rosman has been an attorney. Many senators have communications directors. Senator Eric Lesser took office with a comms staffer, in part to power his office’s outreach via social media. As a former Obama staffer, Lesser also gets a touch more out-of-state press calls, too. Though Beacon Hill vets note it is common for many offices to field questions on their bills from obscure state and national trade publications.

Freedman will handle most media inquiries for Comerford as Bethann Steiner, Hinds’s chief of staff, does for her boss. As Comerford’s comms needs evolve, she may opt to retool.

In the meantime, Comerford’s staff choices display a mix of ambition and realpolitik.

For example, State House observers have remarked that hiring Freedman, a Leverett native, fits the transition underway within the delegation. In addition to Rosenberg, the region has lost decades of experience in the House, including Kulik’s. 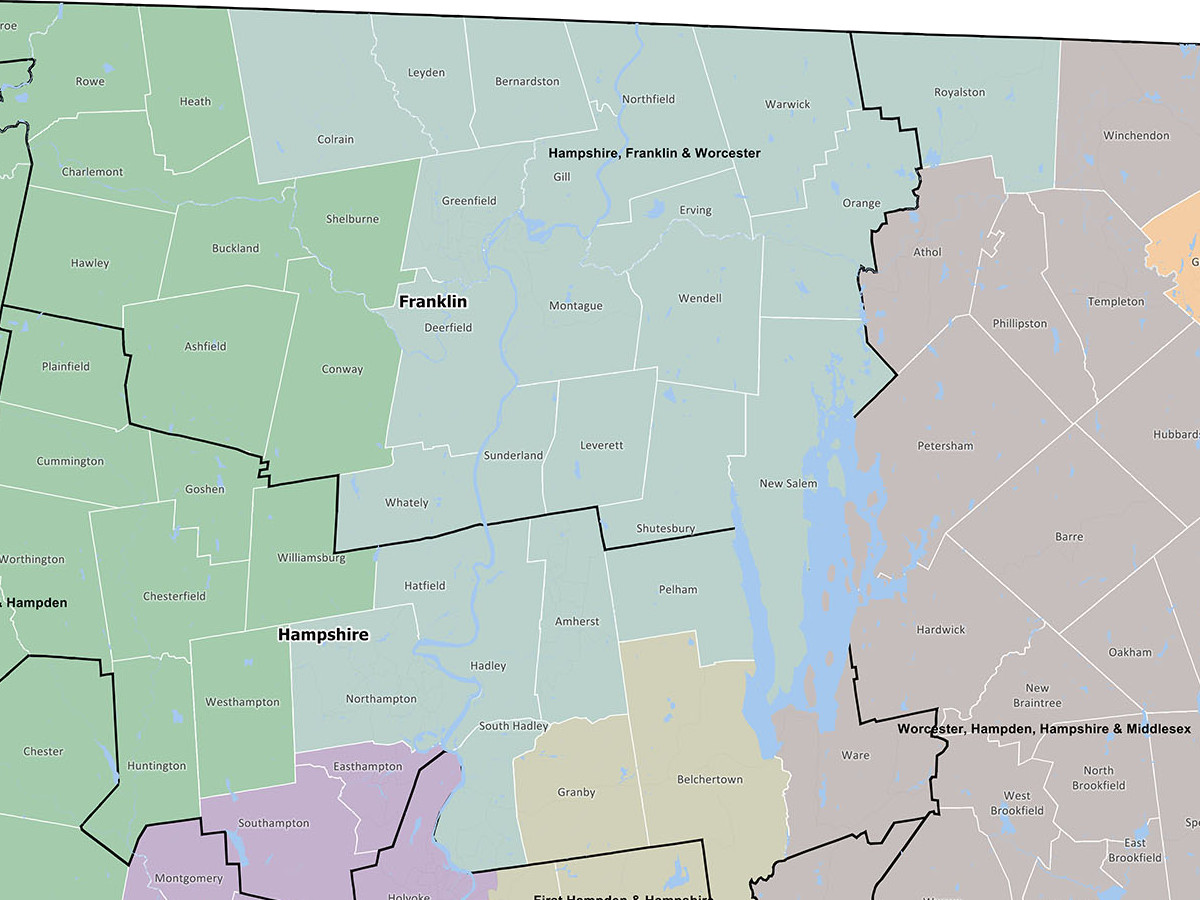 As a Ways & Means vice-chair, Kulik used the position to aid his sprawling rural district. With this background, Freedman should be able to assist Comerford in the rural parts of her district. His input could become doubly important given Comerford’s de facto role leading the Upper Valley’s transformed delegation.

Hiring Rosman as legislative director also hints at her goals. Given her history of activism and the liberal bent of her district, Comerford will almost certainly become a standard-bearer for a bevy of progressive legislative priorities. As it happens, Rosman has worked closely on one of them: healthcare.

Rosman spent 15 years on the policy and government relations staff at Health Care for All and has worked on Beacon and Capitol Hills. The organization, and Rosman in particular, played a key role in the commonwealth’s landmark 2006 law that extended coverage to nearly all Bay Staters. These are not idle resume lines. Comerford will be co-chairing the Medicare for All caucus this session and can draw on Rosman’s experience to turn the abstraction of single-payer into concrete legislation.

With the rest of the staff, Comerford is seemingly eyeing a robust constituent services operation.

In the district, Cohen, another Pioneer Valley native, has a background as a historian and in civil rights. Again, this fits the activist flavor of the district. Cohen, who will be Comerford’s district director had worked on the New York City Commission on Civil Rights.

Ultimately senators themselves define the direction and impact of their offices. But staff are necessary to execute. In her email to supporters last week, Comerford said she and her staff were rolling up their sleeves, ready to begin.

“They’ve already hit the ground working for the people of our district with unmatched passion and skill,” she wrote.