Culture Vulture: Sewing Interest in Costume Design before the Oscars… 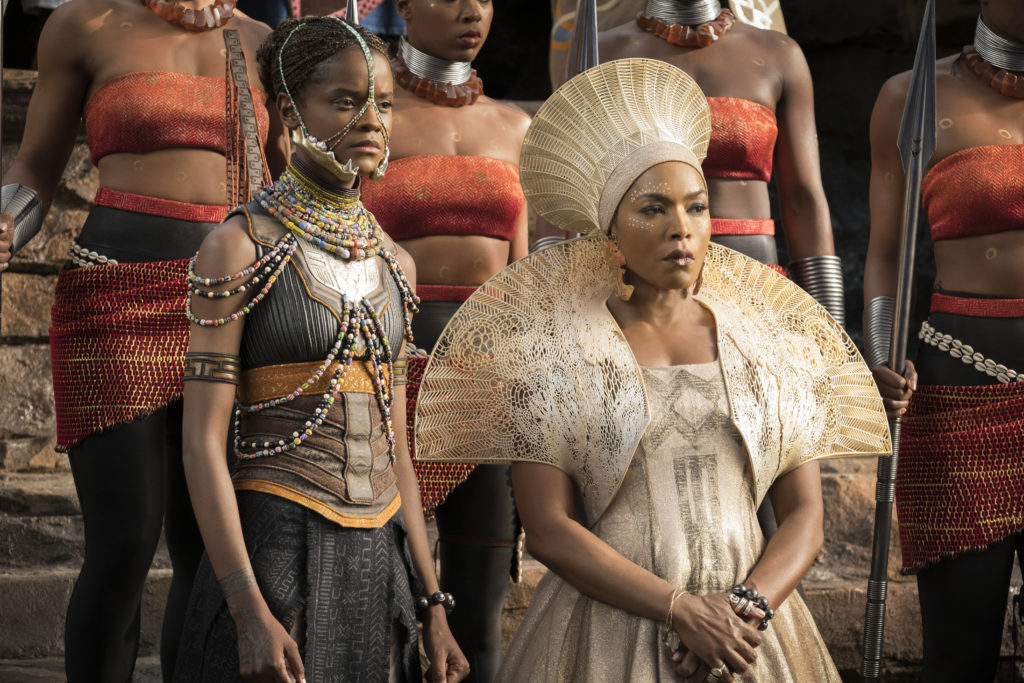 Ruth Carter’s costumes for the 2018 movie blockbuster Black Panther are spectacular. Propelling the Marvel sci-fi superhero’s story, they’re redolent of Afrofuturism, cultural identity, power and pride. They may finally win an Oscar for the Springfield native at the Academy Awards ceremony on Sunday, a well-deserved tribute to a 30-year film career.

Carter, a frequent collaborator with director Spike Lee, is one of the most influential costume designers working today. Her designs for Lee’s Malcolm X (1992) and Steven Spielberg’s Amistad (1997) also garnered Oscar nomination nods. Her hometown status—born in 1969, she went to Technical High School and interned at then-Stage West—and her latest Oscar nomination caught my attention. I realized how little I know about creating costumes. I know what I like, but what goes into outstanding costume design?

James is one of many costume designers working in the Pioneer Valley, where at least a dozen active theatre outfits employ designers to clothe their actors. She and her colleagues Emily Dunn and Tadea Klein gave me a quick primer on how to understand their work.

It’s about bringing characters to life. It’s creative, complex, artful, technical, a blend of many elements. Ultimately, it’s an integral part of dramatic storytelling, whether a designer, like Carter, is creating from scratch for a large-budget production or assembling existing pieces for a smaller show in the Valley.

Practitioners agree that good costume design, which results in tangible, wearable clothes, must be grounded in research. A costume designer starts by envisioning the look of the story. For Black Panther, for example, Carter researched exhaustively in Africa and immersed herself in Afropunk style to dress her characters in the fictional African kingdom of Wakanda. 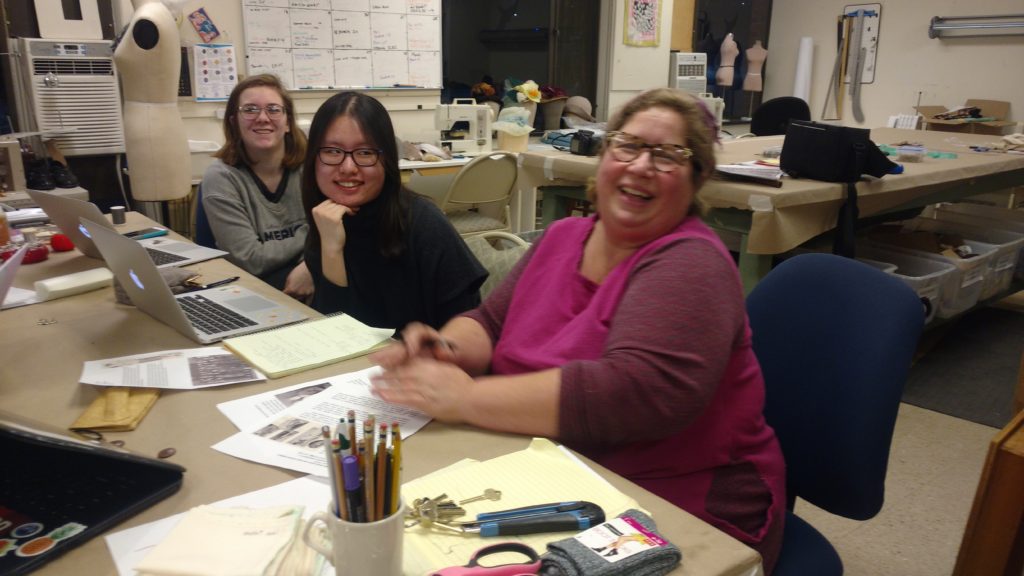 When I visit James in her art-filled office in Mount Holyoke’s Rooke Theatre, she pulls up historical portraits and photographs of Danish writer Hans Christian Andersen on her computer. Authentic period clothes are guiding her designs for an upcoming off-Broadway production by the Ensemble for the Romantic Century. But James is often drawn beyond the literal. “I like researching because I end up with surprises. I’m not just looking for realism,” she says. “It feeds my imagination.”

Emily Dunn, a freelance costume designer and costume shop supervisor for the Smith College Department of Theatre, sees costume design through the lens of her initial undergraduate focus. “For me, costume design is sculptural design, but it’s moving sculpture. I’m creating a three-dimensional object that moves through time and space.”

She also relies on her knowledge of art history, the techniques by which artists have shaped the visual and sent “the emotion of the art into the world.”

Like James’ visual research, Dunn’s is a starting point for imagination. She often begins in the fine arts, specifically painting. For example, she might refer to a Mondrian painting to communicate the look, colors, the feeling for her costume vision to the director for whom she’s creating. “It’s a common language we can speak,” she says.

Designers emphasize the place the costumes play at the nexus of the creative storytelling collaboration. In the end, the audience has to be served by the costume design, in James’ words, “helping them understand who these people are.”

Costumes also serve the director’s vision. As Dunn puts it, “The director guides the ultimate journey; they have something they are trying to tell.” Working with the director is part of a designer’s skill. “Sometimes they can just articulate [their vision],” she says. “Sometimes you have to pull it out of them.”

I was fascinated to learn that costume design plays a role in an actor’s process. James often talks with actors before she finalizes a design, presenting them with multiple possibilities, seeing how they react. “It’s Important to bring something that the actor can’t do themselves, something that aids in the performance,” she says.

Mount Holyoke junior Eleanor Schanilec is designing the costumes for a campus production of “The Importance of Being Earnest,” with an all-female cast. She relishes that moment when costumed actors first see themselves in a mirror. “Something shifts, and it’s so clear they’re feeling the character more than ever before,” she writes in an email. 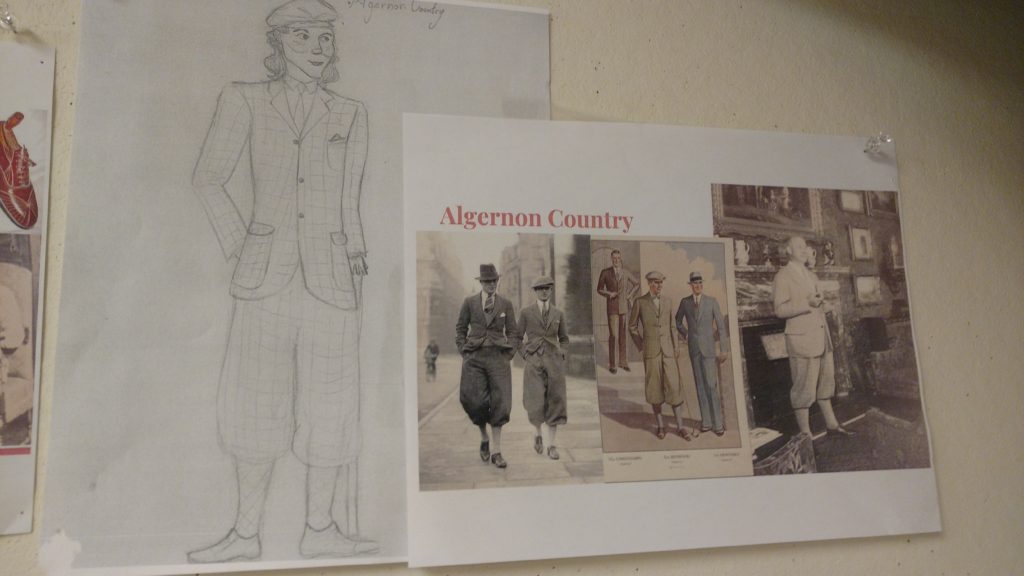 Costume design must serve not only imaginative creation but also the practical needs of the action. James says the first time she reads the script, she reads for pleasure. She then reads to take inventory of the costumes needed for each character, scene by scene—someone is wearing a yellow ball gown; someone is leaping off a staircase. The demands of the scene bear on the design of the costume, including fabric, cut, fit.

Action-worthiness is particularly important for Double Edge Theatre’s Tadea Klein. The company’s work is driven by actors collaboratively creating performance cycles and outdoor spectacles. To envision her designs, Kline watches a lot of rehearsals. She sees a lot of physical work, a lot of athleticism. She has to know how her costumes will move. 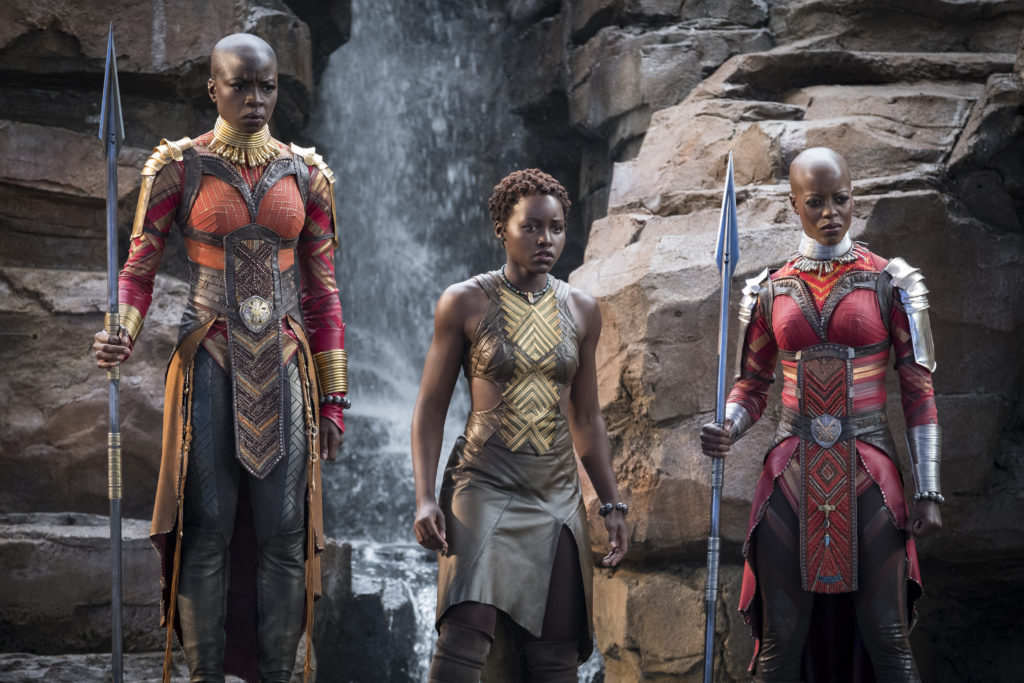 And speaking of action, Shanilec points to the club fight scene in Black Panther when warrior Okoye swoops down a banister with the fabric of her brilliant red dress flying around her. “There was such triumphant bad-ass grandeur—it took my breath away,” she wrote.

James notes that durability is a necessary for shows with long runs. Costumes for Broadway shows may be worn once or twice a day for years.

To realize their concepts, designers work with a costume shop where the costumes are sewn, or built, as they say. Many designers still put pencil to paper to sketch their ideas. Some use computer-aided design. Either way, effective communication depends on artistic expressive ability. In the case of large-scale productions for Broadway and film, the designer works with a team of sketch artists to interpret costume concepts.

The designers emphasize that the costume shop’s work is complementary to their own. The designer brings knowledge of how fabrics behave and work for a particular costume aesthetically and practically. But a skilled costume shop is a necessary partner. 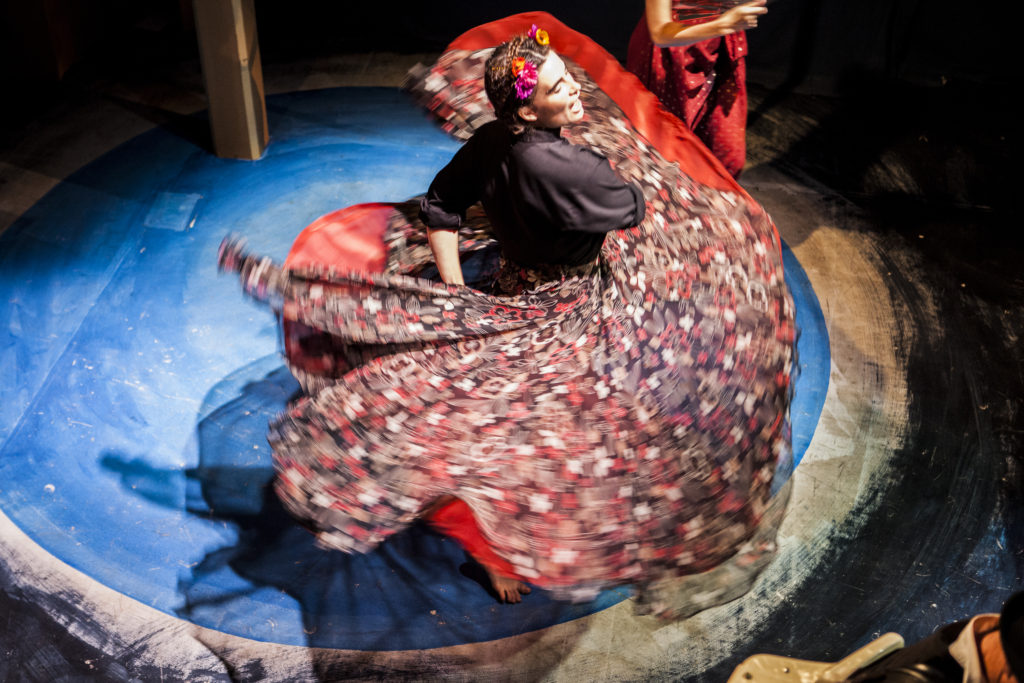 Designing for the movies, as Carter does, has freedoms and demands different from designing for stage productions, the designers note. Fine detail is not obvious to a theatre audience, but the camera might focus in on a tiny square of texture in a film scene.

Stepping back from explications of their process, the designers contemplate the nature of great costume design.

Klein points to Black Panther. Carter has done “a fantastic job of creating a world that has a logic in terms of the clothing,” she says. “The characters inhabit the clothes instead of wear them.”

Klein and Dunn agree that costume design sits very precisely on the line between art and craft. “I consider it an art. You need the craft to create it, but you need the art to invent it,” says James.