SPRINGFIELD—The reconstruction of a key, but ancient intersection in the city dominated the February 4 meeting of the City Council. In comparative terms, the issue did not drag out. However, the project did glean a crash course in eminent domain law. This is to say nothing of the dispute between the city and one landowner.

Ordinances, too, were on tap. The Council passed long-sought revisions to the Responsible Employer Ordinance (REO).  The REO changes passed easily despite concerns the enforcement threshold was too low which had been raised at the last full meeting. The REO committee met in the interim and an understanding seemingly sated all parties.

The REO sets goals for the employment of women, minorities and veterans in city contracting. Contractor must meet those goals or explain why it can’t. The REO’s current structure has historically left this process unenforceable.

Ward 3 Councilor Melvin Edwards, the REO committee chair, described a meeting featuring several councilors and administration officials. Edwards indicated the resistance to the REO applying at $500,000 contracts as opposed to $1 million related to resource limitations in the compliance office. However, he telegraphed an understanding that the lower threshold aimed to catch the biggest offenders, not occasional offenders otherwise operating in good-faith. 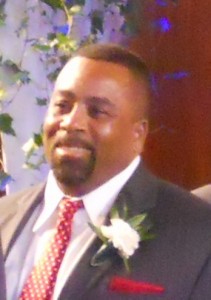 In the revenue and expenditure report, Comptroller Pat Burns flagged a rising police overtime account that was pushing the budget toward deficit. Burns said he expected the administration would recommend a transfer from free cash to balance the account.

The Springfield City Council revived a languishing revision of the rules of the road. DPW chief Chris Cignoli called Springfield’s regulations, which largely deal with police authority to issue citations, antiquated. Most took effect in 1936 with updates circa 2010. Cignoli has urged semi-annual reviews become the norm to avoid such huge gaps in time.

An initial draft revision met opposition from residents, but the revised one was welcome.

Although the orders ultimately sailed through the Council, the Central Street project took center stage Monday. The project will rationalize the intersection of Central, Rifle and Allen streets. However, it requires a choreographed process of land-taking from private homes and parkland. New parkland elsewhere must replace the old pursuant to the state constitution.

Wesley James, whose property will be taken, appeared during the Springfield City Council speak-out to vent. He pointed to the city’s inadequate efforts to find him another investment property. The current one supplements his retirement income.

Tina Quagliato Sullivan (via Linked In)

Sullivan explained that federal law treated James differently than his tenants, whom the city must rehouse. James’s interest in the property is as a landowner. Thus the city need only pay him market rate. However, he is eligible for up to $25,000 more to find a new investment property.

Disputes over property values during takings are not uncommon, Sullivan said.

Hypothetically, the city can take James’s property and continue haggling. Contests over value can happen for up to three years. James has several avenues, to boost what he gets from the city.

“He has the ability to get his own appraisal,” for example Sullivan said. “If that comes back at valued more, the city would take that into consideration when looking at an administrative settlement above that.”

Councilor Lederman was concerned about advancing the taking without a resolution. But, Sullivan noted, no demolition is imminent.

Ultimately, Lederman provided the lone dissent against taking James’s property. However, he joined all other councilors on other items related to the project.

Councilors did move a tweak the Demolition-Delay Ordinance. It would allow the City Council to waive the law for projects like the Central Street realignment.

Technically, some of the properties Springfield is taking fall under the ordinance’s 100-year definition. Demolition of buildings that old must wait nine months pending efforts to save them. The Historical Commission can waive that if it seems the structure not historically significant. The Council was Monday advised its action on the taking would effectively waive the ordinance for the Central Street properties.

Not all agreed. Ward 2 Councilor Michael Fenton proposed an ordinance to make that power explicit where takings are concerned. It would also allow the city itself to seek information about structures’ historicity from the Historical Commission without the bureaucracy of formally pulling a demolition permit.

The bill passed first step on a voice vote.

Notably, the Central Street project signals an end to a chapter in city history. Almost ground zero for the tornado’s path nearly eight years ago, Central Street’s restructuring may be among the last big efforts undertaken with storm relief dollars.

The debate over takings law is somewhat academic—the state laws to which Springfield usually hews, are not much different. Still, it is a reminder how many big things on the city’s wish list came to be thanks to Uncle Sam’s generosity. After the tornado funds are spent, barring Congressional action, such large chunks of money will be limited to competitive grants and the annual appropriation to federal programs that have withered in recent decades.