I’ve been craving an escape from the Trumpiverse recently, something allowing me to see glints of hope on the horizon. When I need this fix, I watch for signal fires from the creatives among us. This week I’m seeing the light of three varied opportunities that inspire me. 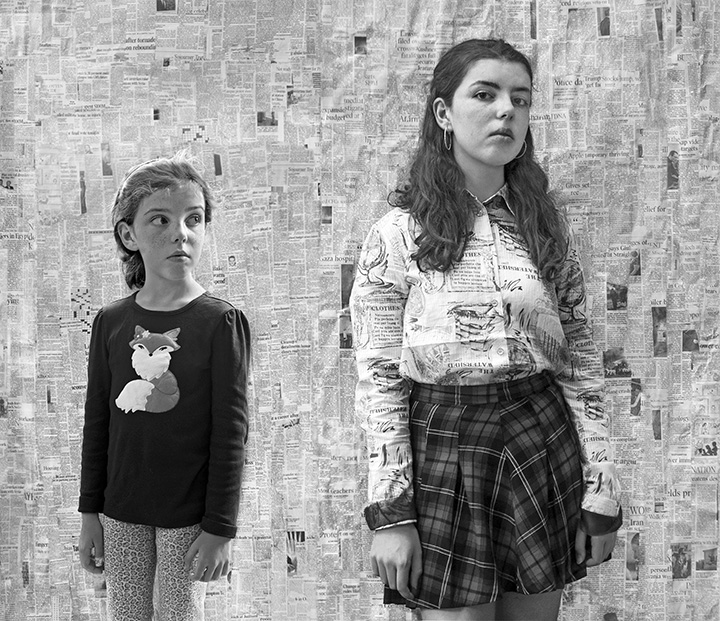 The advent on Thursday evening of an ArtSalon gathering at the Amy H. Carberry Fine Arts Gallery at Springfield Technical Community College promises a chance to relax and let someone else drive. The drivers will be five Valley artists presenting in the ArtSalon’s signature style: each artist showing 20 slides and talking about each image for 20 seconds. All I have to do is sit back and take in the sights and sounds as the images pass by.

The format, called pecha kulcha, originated on the Tokyo architecture scene in 2003 as a way to focus creatives and subvert their tendency to “go on and on,” explains Eva Fierst. Fierst helped bring what she calls the “haiku format” to the Valley, co-founding the ArtSalon’s predecessor organization, the Hillside Salon. She is education curator at the University Museum of Contemporary Art at UMass-Amherst.

Besides being a stress-free way to engage art, the insistent pecha kulcha format is an antidote to the way my frazzled mind sometimes wanders when left to itself in a gallery. As Fierst acknowledges: “In a gallery, you are there to contemplate the work of art. You should spend at least three minutes with a work so that it begins to speak to you. But that’s a hard thing to do nowadays.”

Sondra Peron, assistant professor of art and coordinator of the Carberry Gallery, bubbles over with enthusiasm about Thursday’s salon. “First, expect to be amazed,” she says. “The gallery space is always surprising. People don’t expect a 1,000-square-foot gallery at STCC.” She notes that while STCC emphasizes science and math skills as the only technical community college in Massachusetts, it is significantly committed to the arts.

Peron, a photographer, presented at an ArtSalon last year and loved it. She was taken by its liveliness and the variety of the work. So, she looks forward to the dialogue among artists and guests on Thursday. “We often get to look at work, but we don’t often get to talk with the artists at the same time,” she says. After the presentations, artists will take questions and mingle with the audience.

Costa’s work explores a variety of mediums, forms and content, including social and cultural deconstruction, the Anthropocene and biomimicry. Douglas is currently working a large body of mixed media and installation work rooted in the Black Panther Party for Self Defense 10-point program. Shelasky creates painted and drawn surfaces on paper, which she uses in collage and woven paintings. Poser explores the psychodynamic qualities of the materials and methods of art making.

Matthews, a photographer, is associate professor emerita of film and photography at Hampshire College and founder and editor of Trans-Asia Photography Review. On view at the gallery until April 6 is work from her current series “Present Moment,” which includes photographs of family members, friends and acquaintances made over time and combined to make composite portraits.

As a teacher, STCC’s Peron has some coaching for those of us who feel insecure as art consumers. Pointing out that we all start our drawing as kids, she says we can reconnect: “It’s about recognizing when you see work that resonates with you. Take time to acknowledge that.” The art could be political, it could be beautiful, it could be repulsive. “If you have a reaction, that’s worth paying attention to,” she says.

And she speaks to the urgency of disconnecting in order to connect. “When you’re in a gallery, you’re not on your phone, you’re looking at the work of another person and figuring that out. If we lose that ability, we lose our humanity.”

The ArtSalon begins at 6:30 p.m. March 7 at the Carberry Gallery, with mingling and light refreshments. Presentations start at 7 p.m., followed by a brief Q&A period and more mingling. $5-$10, sliding-scale admission. The gallery is on the first floor of the Fine Art Building (building 28), on the Pearl Street side of the STCC campus. Free parking is available.

Forget the Guns, Bring Out the Big Drums

I remember my insides literally throbbing to the sound of the massive traditional taiko drums of the Kodo Drummers when I heard them in the early ‘90s. The musicians are the foremost interpreters of the traditional Japanese folk art. For sheer visceral impact, you can’t beat the organ-shaking, breathtaking athleticism of the inimitable troupe who live and train together on Japan’s Sado Island. Their power and precision offer a sure release from quotidian thoughts. I challenge anyone to dwell on anything but the rhythm and the spectacle at a Kodo performance.

The Kodo Drummers are ambassadors of a spiritual performance practice they’ve been spreading around the globe since their first “One Earth” world tour in 1984. On Wednesday, March 6, Kodo brings its “One Earth Tour: Evolution” to the UMass-Amherst Fine Arts Center.

Kodo performances have evolved since I first encountered them. They contain pieces based on traditional folk, “art rooted in the soil developed through an intimate relationship between the people and their art,” as the company describes them. They are “laden with hints for us denizens of a bewildering age.” The “Evolution” tour also includes formal compositions from composers including Kabuki orchestra musicians and jazz pianist Yousuke Yamashita, and by Kodo members themselves.

The power of a Kodo performance “forged into shape on the anvil of rehearsal” is unforgettable. Find ticket info here.

The New England Nevilles at the Bing

“Do you know what it means to miss New Orleans?” Billie Holiday sings in the title song to the 1947 movie “New Orleans” accompanied by Louis Armstrong on trumpet. Of course I miss New Orleans. I plied my trade as editor of the alternative newsweekly “Figaro” and later of “New Orleans” magazine.

The legendary Neville Brothers band highlighted several nights I spent at the equally legendary Big Easy venue Tipitina’s. So now I’m revved up to hear from the sons of Neville brother Charles. The horn player and his family made their way to the Pioneer Valley. His move was our gain. Among other combinations, Charles played with sons Kahlif on guitar and Talyn on drums as the New England Neville Brothers.

In memory of their father, who died in Huntington last year at 79, the next generation of Nevilles will perform Saturday at the intimate Bing Arts Center as part of the venue’s jazz series. I’m looking forward to selections from what I hear is Kahlif and Talyn’s expansive catalog of traditional standards as well as original compositions that pay homage to their musical roots.