Culture Vulture: Get Ready To Marvel with the SSO… 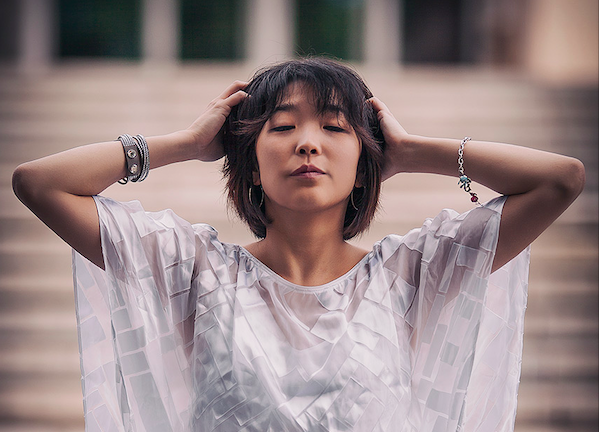 Claire Huangci  brings her flying fingers to the Springfield Symphony Orchestra for a double dose of Liszt. (Mateusz Zahora photo)

SPRINGFIELD – In “Captain Marvel,” the latest entry in the Marvel Comics cinematic universe, feminist superhero Carol Danvers vanquishes all comers with energy blasts from her blazing fists. Get ready for another marvel on March 23 when piano warrior Claire Huangci takes on bad boy Franz Liszt with the aid of the Springfield Symphony Orchestra.

While I can’t promise Huangci’s fingers will incandesce, I can promise she’ll deliver a one-two punch of piano pyrotechnics, playing Liszt piano concertos Nos. 1 and 2 back-to-back.

Nobody tries this. It’s trés cool that she’s doing it in the Pioneer Valley. Huangci’s been called the pianist with “the fastest fingers in the world.” That’s why we should all be there.

In fact, D’Antonio, who has concertized in the U.S., Canada and Europe, tells me, “Lots of pianists who travel the world might be up for playing a Liszt concerto, but this is the first time I’ve heard of someone playing two in the same concert.”

I want to stay focused on what’s going to happen Saturday without a fussy classical music veneer, so I won’t recite Huangci’s curriculum vitae here. Suffice it to say that this American former child prodigy has matured into a virtuoso concert and recording artist of international reputation, replete with prestigious competition prizes.

Rhodes says he can’t claim with certainty that Huangci’s Liszt challenge is a world first, but it’s likely. He offers puckishly, “You can imagine [legendary pianist] Vladimir Ashkenazy if he had a couple free a hours on a Tuesday afternoon doing it, but no one else.”

I pressed both conductor Rhodes and pianist D’Antonio to describe what we should know about what’s going to happen when Huangci takes the stage. Will it be superheroic?

Rhodes starts with the what he calls the quantifiable fact that Liszt “packed in more notes per square minute of music than anybody else in his generation.” D’Antonio, fresh from taking on Liszt himself with the Holyoke Civic Symphony, concurs. “The sheer number of notes she has to play is enormous.”

D’Antonio adds that virtuosic pieces use the techniques you learn in piano lessons – scales, arpeggios, octaves – and heighten the difficulty. He calls the demands “athletic,” pointing to “large stretches with her hands over extended periods of time,” and “jumping quickly around the piano.”

Rhodes puts the technique for rendering Liszt in the context of earlier more sedate and close-to-the-keyboard styles of playing organ and harpsichord. “The sound that comes out of those instruments is really not positively affected by leaping around on the keyboard,” he says. “But as the piano developed, new sounds were possible that involve a kind of playing that is more acrobatic.”

“Concertos are exhausting,” says D’Antonio. “The fact that Claire is doing both concertos back-to-back is truly incredible, because here the challenge is not only technical prowess but also stamina to last through almost 45 minutes of such fireworks.”

According to Rhodes, that 45 minutes is about 50 percent longer than the average concerto. “That means the same thing it means to anybody who gets on a bike and tries to go for 45 minutes. More is more,” he says.

“Then, you have two works with their own trajectory of up and down, high points, climaxes, low points. Rather than traversing one path and its journey, we’re going to go twice. It’s really like doing two concerts at one time.”

The idea for the double dose of Lizst sprouted from the creative synergy between the young pianist, who turns 30 the day before she performs in Springfield, and Maestro Rhodes, a winningly affable guy who’s no musical slouch himself. 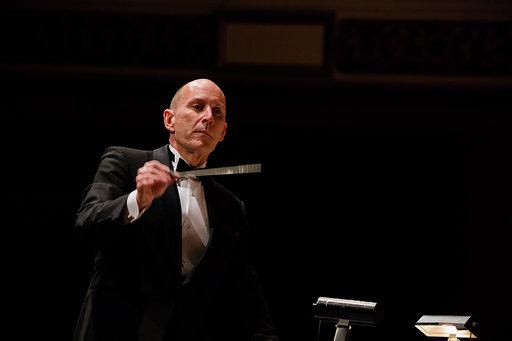 Rhodes has had a globe-trotting conducting career in concert, ballet and opera performance in the major opera houses and capitals of Europe for more than 20 years. He also conducts Boston’s innovative Pro Arte Chamber Orchestra and the Traverse Symphony Orchestra in Michigan.

A connection to Chicopee’s Polish community resulted in what Rhodes calls a “musical partnership” with Huangci “that goes way back.” The story reveals how a new musical idea can be conceived and nourished on today’s concert circuit.

After Huangci won the D.C.-based Kosciusko Foundation’s Chopin Piano Competition in 2006, the Chicopee-based New England chapter of the Foundation was instrumental in bringing the then-18-year-old Huangci here to play Chopin’s Second Piano Concerto with Rhodes and the SSO. A few years after her Chopin appearance, Rhodes recalls, “We reconnected, as one does nowadays, on Facebook.”

Huangci partnered up with Rhodes and the SSO for Grieg in 2017 and Prokovfiev in 2018, when they also did Tchaikovksy in Michigan.

“We had occasion to say, what are we going to do next?” Rhodes says. “When you have a nice relationship as we do, these are the kind of questions you chat about.”

Huangci told Rhodes she really wanted to do something different, something to broaden her scope. She floated the idea of doing both Liszt concertos in one concert, says Rhodes. “It’s fun, it’s different. So, we decided, ‘Let’s do that!’”

What Goes Well With Liszt?

Preceding Huangci and Liszt on the first half of program is “Beauty Alone,” the second movement of contemporary composer Libby Larsen’s String Symphony No. 4. With the Larsen, Rhodes continues the SSO’s 75th-season presentation of work by American women composers.

Rhodes clearly digs the juxtapositions on offer. First, there’s the piquancy of Huangci, a 20th-century young woman, playing the music of  what he calls a “19th-century rapscallion piano rock star.” Larsen’s work provides another contrast. “I love the synergy of what she wrote along with the Liszt pieces because they couldn’t be more diametrically opposed” in terms of their style and content, Rhodes says.

He describes “Beauty Alone” as “a slow movement with lyrical, atmospheric color rather than pyrotechnics, whereas Liszt has pyrotechnics to burn.” “No pun intended,” he hastens to add – and I totally believe that pun sneaked up on him.

Despite the contrasts, all the music in this concert has one descriptor in common. “When I chose these works, I was charmed by the poetry that it’s the beauty alone that brings them together,” the maestro reflects.

The second half of the program offers a fourth thing of beauty, Beethoven’s familiar Symphony No. 5. (You know the opening notes – “dum, dum, dum, dum,” aka “fate knocking.”) During the SSO’s 75th season, Rhodes has been cataloging the pillars of orchestral music. That means “of course, there’s going to be Beethoven,” he says.

There’s a lot to know about why Beethoven’s 5th holds a central place in the Western classical cannon. I’ll let Rhodes explain:

“There are a thousand reasons I might cite for that. One that’s most easily identifiable in a performance and the one that makes a lasting impression – and one of the reasons why the piece is still so popular, so profound, so moving – is that it is the first symphony that has a journey.

“It moves from one emotional and dramatic world, that being very stress-filled, strife-filled and dark with the first movement in minor (the sad key for those who didn’t take music lessons) and moves to a place of light and sun and triumph ending in the major in the last movement.”

The transition seems simple and logical today. However, Rhodes says: “It didn’t go without saying because no one said it until Beethoven wrote this piece. Moving from minor to major was brand new and hardly anything has influenced music history more than that.”