Editorial: On East-West Rail, the Legislature Still Must Speak… 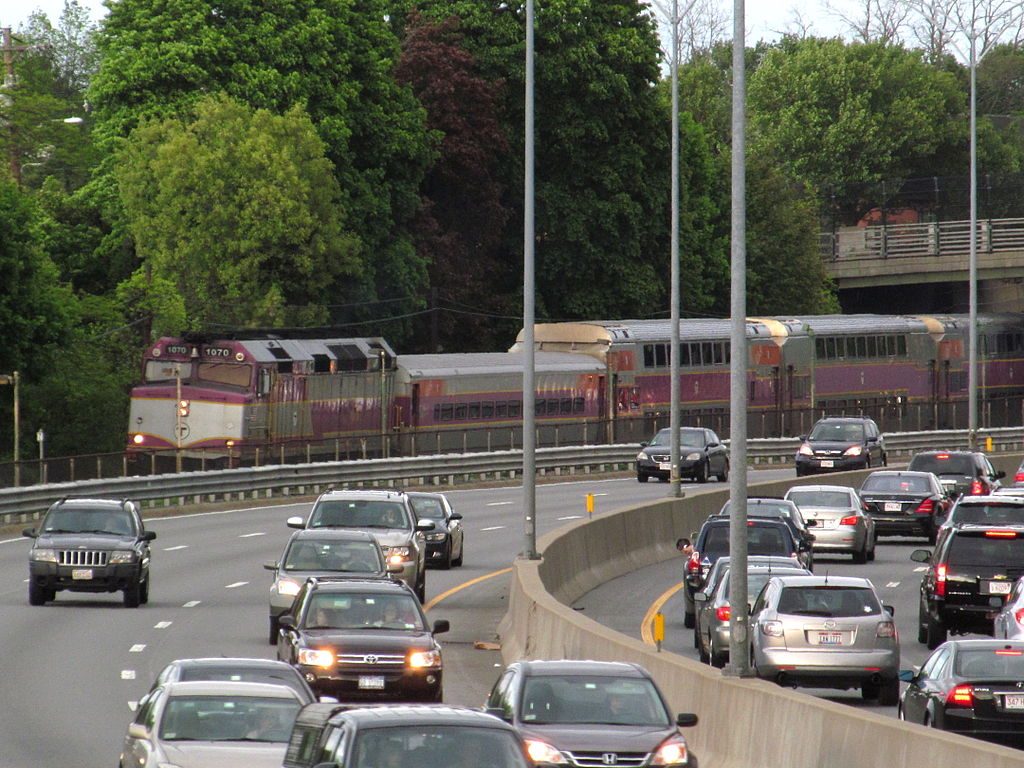 The 413 isn’t the only region to want a piece of this. (via wikipedia)

Some time ago the Massachusetts Department of Transportation—or simply MassDOT—announced plans to replace an aging viaduct east of the former Allston Turnpike tolls in Boston. The agency will bring the Pike to ground and elevate the adjoining Soldier Fields Road. That decision was widely praised. Its plans to hold off on building a new rail station on the Worcester Commuter line drew jeers from everybody but the bean counters.

Unlikely as it seems, the fate of the Massachusetts Turnpike in the Hub is among many factors affecting the institution of reliable, effective, if not grande vitesse, rail service between the commonwealth’s first and third cities. Last year, Senator Eric Lesser put Governor Charlie Baker into a headlock and got a study of East-West service. However, many others want myriad things from this corridor. The time has come for the legislature to assess and mold those desires into a coherent statewide policy for the ex-Boston & Albany rail line.

MassDOT will hold its first public meeting on East-West rail at the UMass Center in Springfield Tuesday night. It is a critical part of connecting Boston and Springfield via rail. However, it is only piece of a much larger state transportation puzzle.

A win is a win where the study is concerned, but a legislative mandate would have been ideal for many reasons.

Like the Pike, the old Boston & Albany line is one continuous strip of infrastructure, if one with two owners. Today the commonwealth owns the line from Boston’s South Station to Worcester. Freight rail behemoth CSX owns it from there to the New York State line.

Still, it is not clear all plans for the corridor operate as a coherent whole. Unlike the Pike, the line hosts different services with more on various pols’ wish lists, all of which may need different investments to enact or sustain.

It is proper that the East-West study move forward. However, it may be a dead letter if chronic needs well east of Springfield and Worcester are not addressed.

The study is looking at varying ways to bring service. The likeliest and promptest path to some-odd daily trains will be a 100ish minute ride to South Station from Union Station in Springfield. The biggest infrastructure lift will probably be restoring the second track along the entire route.

This does not address anticipated capacity and speed issues east of Worcester. A signal upgrade may be in order. Renovation plans for Natick station imply a third track there must go in before more service of any kind—Worcester commuter traffic or intercity trains to Springfield—can happen.

Just before the end at Auburndale, designed by H.H. Richardson. (via wikipedia)

Then there is Newton. Eagle-eyed MassPike jockeys have observed the three stations crammed between the highway and ancient embankments cut into the earth. Long gone are the elegant Richardsonian Romanesque depots that lined the route. Today stand single-platformed gutters that exude the glamour of a 70’s era elevated train station in the Bronx.

Lacking bidirectional functionality, neither Newtonians nor their visitors can use these stations for anything but getting into Boston weekday mornings and the reverse weekday nights. As a result, more local traffic spills toward the Pike, cluttering the highway and local streets even on weekends.

No class, not bidirectional, no service worth your time. Auburndale today. (via wikipedia)

Dreamier proposals include instituting commuter service with short headways like the RER in Paris or the S-Bahn in Berlin. But could that be done on the Worcester line without smothering expanded service to Springfield?

This is a taste of the competing but not incompatible interests along the route.

MassDOT staff must be given adequate direction and goals that reflect a coherent transportation policy for the whole commonwealth. Only the legislature can do this properly.

This is not a knock on Baker. As we would urge an expeditious passage of such a law, His Excellency would be part of the process to craft the law. Any legislation must have contingencies and flexibility to pursue and meet goals relative to available funding and practicalities like negotiations with CSX.

Take that station near the Pike viaduct. Transit advocates have understandably recoiled at the 2040 opening date for West Station. That is absurd as Harvard, which owns the ex-railyard, has reawakened plans to expand in Allston.

The wisdom of West Station in isolation is obvious. But it will be incredibly close to another stop opened only a few years ago: Boston Landing. It owes its location partly to private backing from New Balance, but legislators west of Boston have reasonably questioned whether such close stops will slow service to their communities. Nor are the station’s design and approaches conducive to passing local trains.

Better guidance in the form of law may have avoided such problems. 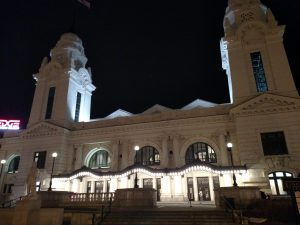 A clear state policy could also establish the commonwealth’s posture vis-à-vis CSX. Some believe CSX may sell the line to Springfield as it sold the Framingham to Worcester segment. The freight hauler would retain trackage rights along with its intermodal facilities. But even assuming CSX is selling—no sure bet—how could that affect freight service along the way?

The closure of Beacon Park near the Allston tolls shifted operations into freight depots in Framingham and Worcester. But that, in turn, pushed other operations west into Palmer which is both along the line and near the Pike. Could a sale of the Springfield leg push operations even further west? What would that mean in terms of truck trips along the Pike and the resulting pollution?

Just as important is what happens to trains west of Springfield. Strangely enough, Amtrak’s lone east-west train today is competitive to driving between Pittsfield and Springfield. But it is not competitive between Springfield and Albany, the stop after Pittsfield best suited to turn trains. Therefore, this legislation must include conversations with New York officials about track and signal upgrades all the way to Albany.

These are not questions the administration, whoever the governor is, can answer unilaterally. They require guidance and policy with the force of law and that enumerate potential funding sources. Legislative action could speed up things like Worcester’s second platform, essential for Springfield service and not due until 2022.

Before the rest of the state fears we neglected them, fear not. Given this blog’s commitment to the environment and smart planning, we absolutely support more and better service between Boston and all points thereout. But, commuter rail to Fall River and New Bedford aside, service improvements along existing Metro Boston routes are straightforward. Track, signals, switches, stations, and trains need upgrades. The lines will not fundamentally change.

Nor must this legislation determine the fate of South Station’s expansion and the North-South rail link. It certainly could, but those projects concern more than just the Boston & Albany line.

In our mind, firmly establishing a broader east-west policy will not and should not interrupt or disrupt the rail study. Senator Lesser and his colleagues in the 413 kept pressure on Baker until the siren sound of reelection left him no other choice. But the study only tells us how to do it. Funding and how various services interact is the legislature’s purview.

This blog has always deemed rail service to Boston a critically transformative initiative. Yes, it could spur economic revival in our sagging region. But, where the B&A in the 19th century and the Pike in the 20th century failed, modern East-West rail right could reorder the commonwealth. It could bind the alienated regions along that axis to the rest of the state. From there might spring more, deeper meaning to the term commonwealth.

But for such an ambitious undertaking, we need the clarity of purpose and certainty of law. We need the Massachusetts General Court to act.