Take My Council, Please: Toward Canning One and Done…

SPRINGFIELD—In a sign that environmental policy has become an issue for the City Council, the first major bill to emerge from the new Sustainability Committee has inched toward passage. The bill, shorthanded simplistically as a plastic bag ban, is not entirely new. However, it may be the most significant environment Council action since the height of the biomass wars.

Elsewhere, everything from a labor pact to financial transfers were on tap. Yet, the ongoing trauma at the Police Department hovered overhead. The Public Safety Committee reported on a meeting centered on Pearl Street’s recent problems and the continuing standoff between the Council and Mayor Domenic Sarno over the department’s leadership structure.

Ward 8 Councilor Orlando Ramos, the chair of Public Safety, described a tense meeting about Pearl Street. Ramos had called for a top-to-bottom audit of the Police Department, deeming existing probes insufficient. The department’s internal affairs bureau is under audit and both the US Department of Justice and Massachusetts Attorney General are conducting criminal investigations. 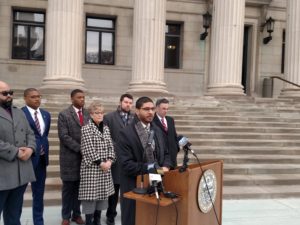 Until Tuesday Ramos had been contemplating a mayor run, and his questions Monday appeared in that context. But it also true Ramos has been outspoken on police misbehavior in the past.

The police department was at the center of some financial items, too. Earlier in the year, Comptroller Pat Burns warned the Council that Police Department’s overtime budget was pushing the city’s finances towards deficit.  Burns confirmed the gap Monday night.

Chief Administrative & Financial Officer Timothy Plante explained the overtime costs followed more retirements than expected.  Part of the funds were to start a new police academy, but the department had been using overtime in the interim.

Despite some grousing, the measure passed 11-1 with only Ward 1 Councilor Adam Gomez in dissent.

Among other financial orders were grants for at-risk youth and the libraries. The at-risk grant, which runs through the Police Department, is an annual award. However, this year was the largest yet.  The Library Department banked almost $1.2 million. Of that, $500,000 was a regular disbursement from the library foundation. Another $675,000 was for youth programs and technology.

The new library employees labor pact, which provides 2% raises in each year of the agreement, passed unanimously. The contract runs from July 1, 2018 to June 30, 2022. 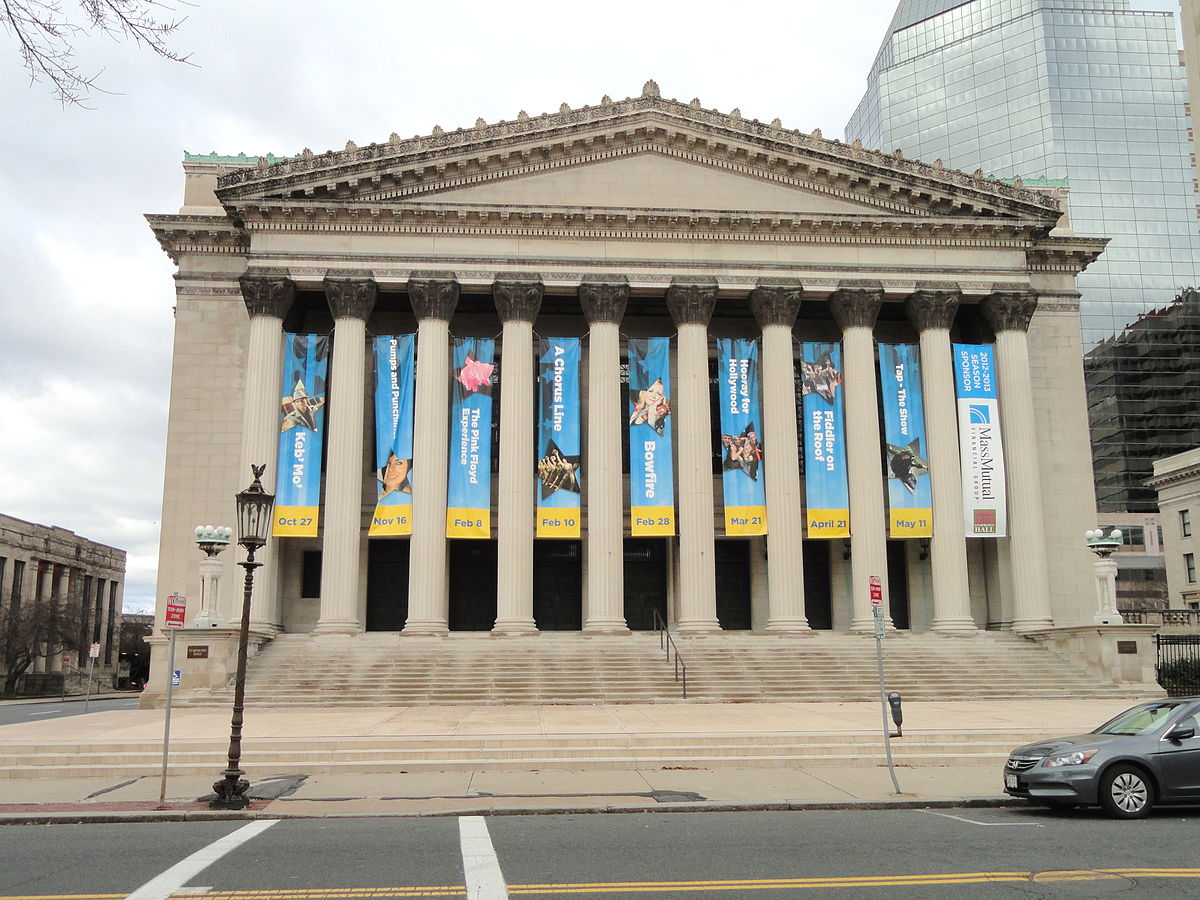 Another item essentially confirmed that MGM won the bid to manage Symphony Hall. The 1913 auditorium, which is part of the Municipal Group, had been without a formal operator after the Springfield Performing Arts Development corporation shuttered last year. The city had been running Symphony Hall on an ad hoc basis while seeking a permanent operator.

The $110,000 transfer would fund an interim agreement for MGM to run the facility until June 30. If negotiations for a permanent pact go well, MGM would run it on a more permanent basis. The gambling leviathan already manages the MassMutual Center for the Massachusetts Convention Center Authority.

Until Monday night, neither the city nor MGM had confirmed the outcome of the bidding process. Spectacle Management, the other bidder, had said they were out.

Symphony Hall’s fate has attracted attention. Last year the Council authorized the city to seek bids for a five-year operating contract with up to two five-year extensions. Plante explained the intent was to entice an operator to invest upgrades for the century-old facility. That did not happen, Plante explained. Rather, it became apparent major upgrades, such as to the sound system, would fall to the city.

Should the MGM plan go through, the company would run Symphony Hall, retain necessary costs, and return proceeds to the city. Councilors asked about ensuring events were within the price range of Springfield residents. Others worried about the concentration of city assets within MGM’s control. Although MGM and the city’s host community agreement does not mandate MGM’s control over venues, the company is obligated to underwrite a minimum amount of entertainment annually.

Plante promised a full presentation of whatever agreement MGM and Springfield reach. The $110,000 transfer passed 11-1 with only Ward 5 Councilor Marcus Williams in dissent.

A last major approval was for transfers to the city’s underfunded retirements accounts.

Ramos’ critiqued, not of the purpose, but the use of free cash. He alluded the city’s failure to pave private ways when free cash—unused funds from prior fiscal years—was available. He and Plante engaged in a back and forth about municipal priorities and the limits of prudent fiscal policy.

Still the measures passed almost unanimously. The healthcare transfer was unanimous. Only Gomez dissented on a transfer to the pension fund.

“In times past these were spent even though the ability to fund the bond and pay the debt wasn’t there,” Ryan said.

The final financial items were a quitclaim deed on Bay Street and a transfer to begin implementing body cameras. The transfer passed without much debate. The quitclaim deed prompted questions about the new owner’s intended use for wood chip production. At-large Councilor Jesse Lederman and Ward 2 Councilor Michael Fenton both expressed skepticism and dissented in the 10-2 authorization vote. Lederman warned the new owner the Council may not approve the permit he will need. This follows issues surrounding a wood re-processor at the old Diamond Match plant on Paridon Street.

The Council gave final approval to tweaks to the demolition-delay ordinance. The ordinance requires a review before demolition of any structure that is 100 years-old or more. The time allows the Historical Commission to assess historically significance and whether a buyer willing to save it can be found.

The new ordinance lets the City Council waive that process if the city has taken structure during the eminent domain process. Another provision allows the city to seek historic reviews without formally filing a demolition permit. In short, the new law only affect the city’s own interaction with the demolition-delay ordinance. The rules for private parties are unchanged.

The Council referred ordinances regulating scooters and vehicles on sidewalks to committee.

On Councilor Lederman’s plastic bag bill, its sponsor said the item had been percolating in the former Green Committee for years. Councilor Gomez introduced something similar, too.

Lederman explained how single-use plastic bags had become an increasing environmental hazard. Because they never really break down microplastic remain in the environment and get into the water and food supply.

The proposal does not ban the possession of plastic bag, but the free distribution of plastic bag at retail. Non-plastic single-use bags are allowed, but retailers must charge no less than five cents for them. The fee aims to encourage consumers’ use of reusable bags. The bill includes a phase-in of one year for larger retailers and 18 months for smaller years.

Lederman said he did not expect the Health and Human Services Department to need to add any staff. They could check for compliance with regular inspections. There may be some cost related to education, however.

As for enforceability, Lederman said he expected reviews as to the fine structure and other carrots to the compliance stick. But, he added, other Massachusetts cities had implemented such rules without much trouble.

The bill passed first step on a voice vote. 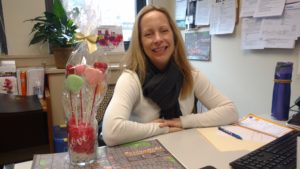 The meeting concluded with votes on resolutions related to the Springfield Central Cultural District and the Promise Act. The latter is an education funding reform bill pending before the Massachusetts legislature. In brief testimony, advocates and education unions noted that the commonwealth’s funding bill underfinanced public education to the tune of $1 billion annually. The shortfall exists due to outdated assumptions about fixed costs like healthcare and special education needs.

Mauren Colgan Posner, the president of the Springfield Education Association, said Springfield could stand to receive an additional $94 million.

The resolve passed on a voice vote.

The other resolve had more legal effect. It reupped the city’s commitment to the cultural district. The new executive director, Karen Finn, was outlined some upcoming efforts including mural paintings slated for later this year.

This resolution also passed on a voice vote.

Despite its length—nearly three hours—the meeting was relatively tame. There were objections and dissents, but no fireworks. There were misgivings on the plastic bag ban, but its prospects remain bright.