Editorial: To Save the Rule of Law, the Council Must Lawyer up…

…Everybody else is getting one, so why not? 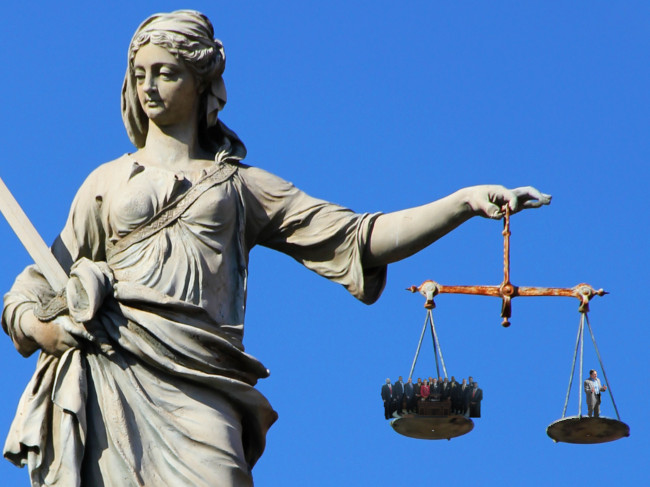 But seriously…The Springfield City Council thus far is the only organ of city government containing the conflagration spreading throughout city government without getting singed. The fires have raged at Pearl Street as l’affaire de Bigda and the melee at Nathan Bill’s Bar have been uncovered. Embers have spread the flames, politically at least, to the District Attorney’s Office. Now this week we learn the Law Department may now, too, be ablaze.

Reports this week suggest, at best, the city’s in-house law office, erred spectacularly during the Nathan Bill’s investigation. The City Council relies on the same Law Department, controlled by the Mayor, for legal advice. But to the mayor’s benefit, the same law department abrogated duly passed legislation reviving the Police Commission. We have called for the Council to get its own counsel before, but these revelations underscore the need and the risks reliance on the Law Department entails.

Masslive reported that the Law Department destroyed evidence that may have implicated the cops in the alleged attack at Nathan Bill’s. The Law Department’s intent, as far as we know, was not necessarily malign, but it botched its response.

The full extent of Pearl Street’s problem did not become clear until last year. US Attorney Andrew Lelling and Massachusetts Attorney General Maura Healey secured indictments against the principals in the Bigda and Nathan Bill’s cases respectively. Healey’s office has since indicted more officers for their parts in an alleged coverup.

Reporting has indicated Healey and Lelling’s investigators were able to obtain at least some of the evidence the city once had and even more it apparently never tried to find.

Mayor Sarno announcing an appointment to his police complaint board in 2016. Residents have questioned its credibility. (WMassP&I)

Masslive says the destroyed records were obtained after the mayor’s Potemkin police complaint board somehow issued subpoenas during its Nathan Bill’s investigation. But the board lacks that authority, being erected only under executive order, not ordinance—as the new Police Commission is. Nonetheless, evidence pertaining to the cops involved, in the form of texts we understand, got into city hands.

The police union caught wind of the subpoena and threatened to grieve the city over the records. The Law Department agreed to destroy the records. Why it so agreed is itself bewildering. But more confounding was the city’s failure to obtain the records by other means—or to ask the District Attorney’s office to fetch them.

It is not clear what District Attorney Anthony Gulluni and his office did or didn’t know. Regardless, they did not have this evidence when Gulluni declined to prosecute the police officers Healey later charged.

These events amount to catastrophe, pure and simple—and they continue to unfold, exposing the city to liability. We hold Mayor Domenic Sarno responsible for much of it from his ham-fisted attempts to control the already volatile Police Department to his refusal to acknowledge a valid ordinance. Still, something bigger than him or this situation now lie at the center of this governmental inferno.

The mayor, backed by the Law Department, claims the Council’s ordinance reviving the Police Commission violates the charter. They claim only the mayor can appoint the day-to-chief the Commission, legislatively, has the power to appoint. He’s wrong. Sarno says only he can appoint department heads. This is true, but a Commission, which he would appoint, would effectively be the department head. The Commission then would appoint employees, cops in this case, beneath it.

Instead he has stonewalled the issue, exposing the city to further legal jeopardy. There are serious questions about whether the city has any valid police appointing authority at this minute.

Short of replacing the mayor, still a long shot despite his political third-degree burns, only the courts can rectify this. But somebody needs to bring legal action. A group of citizens could or the City Council itself could. Yet, the latter’s only legal counsel is the same Law Department defending the mayor’s position.

The City Council, as an organ of a municipal corporation, is a corporate body. Under state law, only an attorney can represent the Council in court. The body had to tread lightly when it authorized then-Council President Michael Fenton to file an appeal in Boston during the biomass wars—until separate counsel could be found.

The Council’s options are few. In the absence of a pro bono attorney—which was possible two years ago before some councilors got cold feet—it would need to pay for one. But Sarno won’t approve an expenditure for councilors to sue him. Beyond that, councilors’ only option is a Hail Mary. They could pass a resolution deeming legal expenditures necessary. But actual divine intervention may be necessary to make city officials comply—and risk triggering the failure of the mayoral sphincter.

And so the Council and the law are out in the cold. The mayor refuses to implement an ordinance—for no reason but to jealously guard his power—jeopardizing the very rule of law itself. As Americans rightly fret about the rule of law in Washington, it is under direct assault here in the commonwealth.

As we said, this blog has meditated on this issue before. We do not lack faith in the Law Department entirely. However, the burnt hellscape Pearl Street’s recent convulsions have wrought is not typical.

Moreover, we do have separate branches in city government. The mayor appoints the City Solicitor who then appoints an associate as the Council’s lawyer. That is an inherent conflict when the Council wants to reorder the executive branches as is its right. The Council must have its own lawyer to advise it on legislation, explain the body’s powers and responsibilities, and, when necessary, litigate on councilors’ behalf when the Law Department won’t.

The latest turn in this ever-combusting story, with the Law Department allowing evidence to be destroyed and then never recovered by other means, raises many more questions. Can the Council and residents have confidence the department hasn’t erred elsewhere in these police investigations? Can we even be certain city lawyers obviated the Police Commission ordinance out of mayoral subservience and not an act of artless CYA?

It is not alarmist to say the rule of law is at stake. The Council must remember this as it makes it next move. Any action on subpoena power should be clearly temporary so investigations of police complaints can proceed for now. However, councilors cannot let up on the Police Commission. They must also put their energies into finding a solution to its legally representational conundrum.

While councilors pursue that, we can only hope our and residents’ secular prayers are heard and some other authority intervenes and soon.