Has Morse Begun to Telegraph His next Move?… 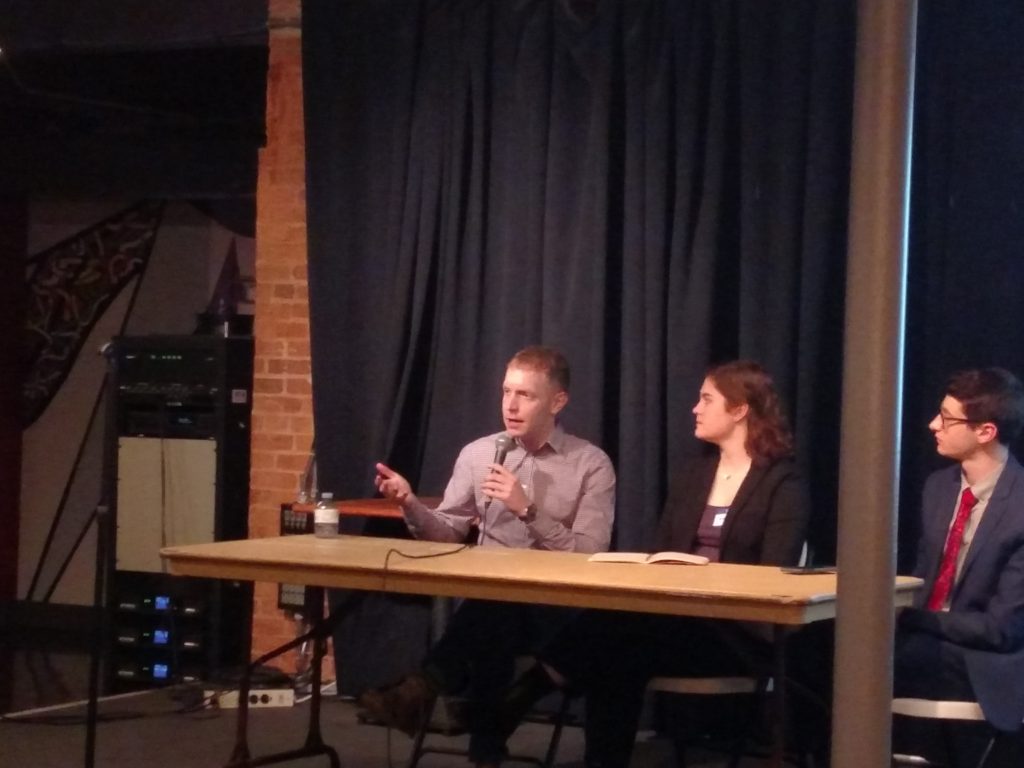 WORCESTER—On a seasonably brisk spring day, College Democrats had assembled in the basement of Clark University’s student center for their annual convention. There was drama, but that did not concern their guests, including one who was a few years out of college himself, Holyoke Mayor Alex Morse.

College Dems events were familiar territory for Morse.  He was among several young electeds who spoke, including the area’s rep David LeBoeuf and Boston City Councilor Michelle Wu. This visit came amid rising chatter here, and back in the 413, about his interest in higher office such as the seat held by US Representative Richard Neal.

But that is not the only sign Morse may want a promotion. Four sources familiar with the matter told WMassP&I they either spoke to Morse about running for Congress or had heard of such discussions.

Morse hasn’t denied conversations have happened, but he downplayed them.

“Right now, I’m just focused on being mayor,” he said Thursday when asked about a Congressional bid.

In a follow up message to WMassP&I, he added, “I love my job and I’m very happy working for the people of Holyoke.” He said talking to people is part of being mayor. “While many constituents have reached out to ask about my future plans, I’m focused on my current job and haven’t many any decisions beyond that.”

The 1st Congressional district includes virtually all of Berkshire and Hampden counties, the western fringes of Franklin and Hampshire counties, and southwestern Worcester County.

In 2011 Morse upended then-Mayor Elaine Pluta, an inoffensive but vanilla Paper City political mainstay. Since then, he turned back three challengers. Now, he may be ready to make a move.

But where would Morse go? He has already said he would not seek Holyoke’s likely-to-open-State Senate seat. House consideration is not shocking. Along with Longmeadow State Senator Eric Lesser, Morse is an obvious maybe-run when Neal retires.

Morse has been in office three years longer than Lesser, though. Could he be getting antsy? While critics have howled about Morse’s ambition for years, four terms in, it be would entirely fair to finally act on it now.

Plus, with Holyoke instituting four-year mayoral terms in 2017, he has the luxury of considering options without an imminent reelection.

“I think the four-year term has lent itself to natural conversations and questions both from constituents and stakeholders, you know, ‘Hey Alex what do you plan to do?’” he told WMassP&I. 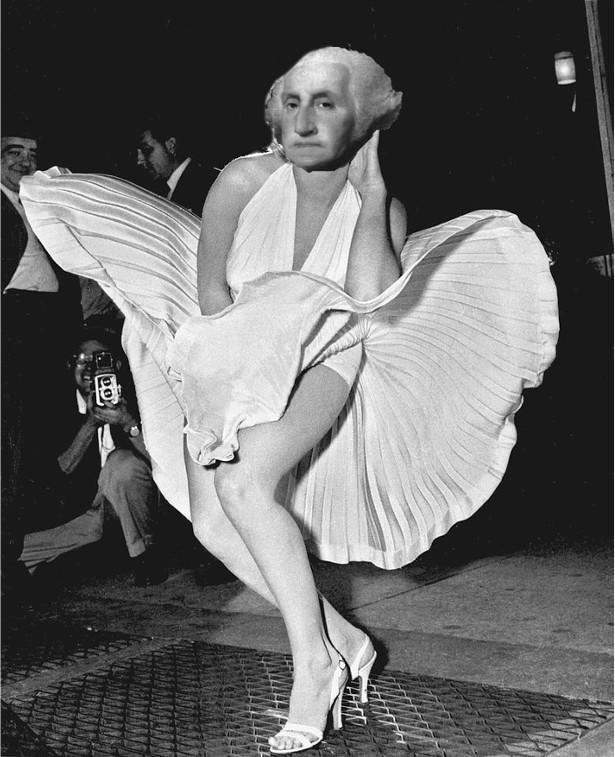 Could Washington be bringing on a seven-year itch? (created via AP & wikipedia images)

The College Dems of Massachusetts have indeed welcomed Morse several times over the years, most recently in 2017 at Smith College. While the group lacks a large presence in Neal’s district itself, it could be an organizational asset no matter what Morse’s next step is.

Morse’s past success has turned on changing the electorate. Billy Glidden, a former Morse mayoral and campaign aide now living in New York, wasn’t sure the youth vote itself surged in Morse’s elections. But groups that typically sit out municipal races did surge during his races.

“The more important point about young people, I think, is the way that enthusiasm among young people translates into an effective grassroots campaign,” Glidden wrote in an email. He recalled how many volunteers were in their 20s and saw themselves in Morse, who turned 30 in January.

“That’s an ingredient no campaign can do without,” Glidden continued. “You’ve got to give people a reason to leave their homes and go talk to voters about you. Alex has always found a way to do that.”

Morse made no overt references to higher office speaking to College Dems last Saturday in Worcester. But the rumors were swirling among attendees as he answered questions from his hosts. His invitation originated out of the Western Mass bloc of the College Dems and its LGBT caucus.

He was comfortable on stage and cracked a joke when asked about running for office as a gay 22 year-old college graduate. “You got a second-tier gay mayor,” he said, referencing South Bend, Indiana mayor and presidential aspirant Peter Buttigieg.

More seriously, Morse described his path to running for mayor his junior year at Brown University. This was just after interning for Providence Mayor David Cicilline, now a Rhode Island congressman. As a first-time candidate, he said his youth came up the most, pointing to Pluta’s slogan, “Experience Matters” as proof.

“I felt like my age was more of an issue for me than my identity as a gay man,” he said.

The mayor did raise several issues that telegraphed his progressive bona fides, however.

For example, he talked up his position on issues ranging from pot to climate change.

The mayor noted his support for Medicare for All, spotlighting the mayor’s group he cofounded on the issue. While focused on state action, it has a eye for national movement on single-payer, too. 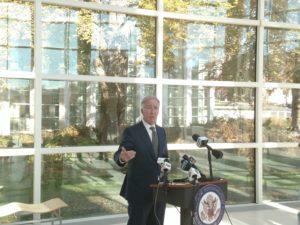 Critics don’t like to admit it, but US Rep Richard Neal cannot be easily felled. (WMassP&I)

Arguably, these could peel off voters from Neal’s left. But otherwise the gap between them is not massive—at least in 1st district terms. Voters there are fiercely Democratic, but not stridently ideological. Moreover, Representatives Alexandria Ocasio-Cortez and Ayanna Pressley won partly because district demographics were shifting under incumbents’ feet. In the 413, that’s far less true.

Morse’s lunch with Steyer came before Neal, as Ways & Means chair, formally requested Trump’s taxes on April 3. Politico’s report indicates it happened around Steyer’s rally in Agawam last month. But Steyer disclaimed plans to fund a primary challenger even then.

Steyer’s pro-impeachment group did not return a request for comment on the provenance of his lunch with Morse. However it happened, former and current Morse aides attended Steyer’s event at Chez Josef.

Steyer and Morse told Politico they discussed impeachment and climate change, a Steyer cause.

Since Steyer’s visit, Neal has requested the returns, reiterated his demand this week after officials balked and demanded their production by April 23. The implication is he will go to court next. Steyer has praised Neal’s moves, but his billboard also call on the congressman to make the returns public. Neal may not be able to do that unilaterally, but he could forward them to the full House which could.

Whatever Steyer does, Neal would not be easy to beat. He is a prodigious fundraiser with deep roots in the district. House leadership would likely move to discourage monetary support for Morse, who has drawn on political and Brown connections for past campaigns. 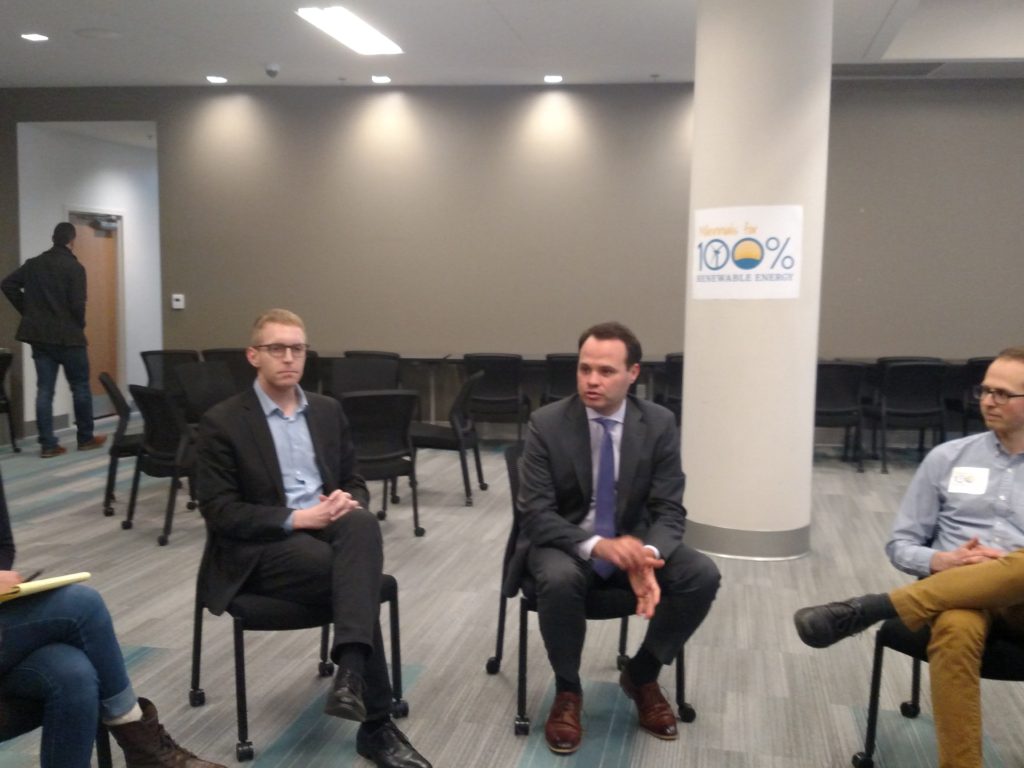 There is some attraction to challenging Neal now, however. Even losing could raise his profile for a future run. Winning would avoid a titanic battle with Lesser, 34. While Morse wouldn’t face the same institutional pushback in an open race, Lesser, who worked for former President Barack Obama, can access considerable resources. The Senator also represents far more of the 1st District than Morse does as Holyoke’s mayor.

Whomever Morse may run against—if anyone and for whatever office—he may ultimately rely less on ideology than telling a story.

“In many respects, politics in Holyoke are a microcosm of politics statewide and nationally,” Glidden said. “The questions there are as old as the country itself. How do we build a true democracy – one that we can all meaningfully participate in, one in which the dignity of all people is respected?”

While Morse’s tenure is not without controversy or mistakes—as Morse himself admits—he would almost certainly tie together his own story and Holyoke’s.

Riffing about his mayoral runs at the College Dems Convention, Morse observed that many Brown classmates did not return to the places they grew up in. He wanted to return to Holyoke. “It’s the place that made me who I am and gave me the opportunities to go to college,” he said.

“This reflects, I think, his basic attitude about the people he serves: that when people are given access, and the tools to thrive, they can transform their communities for the better,” Glidden said. “And moreover, I think it illustrates his basic idealism, and audaciousness.”

Like many young pols, Morse became someone to watch the moment he won. Now, after serving eight years in a region with limited upward political mobility, he seems to be assessing his situation. Whatever he does, expect Morse to follow a script that has served him well before.