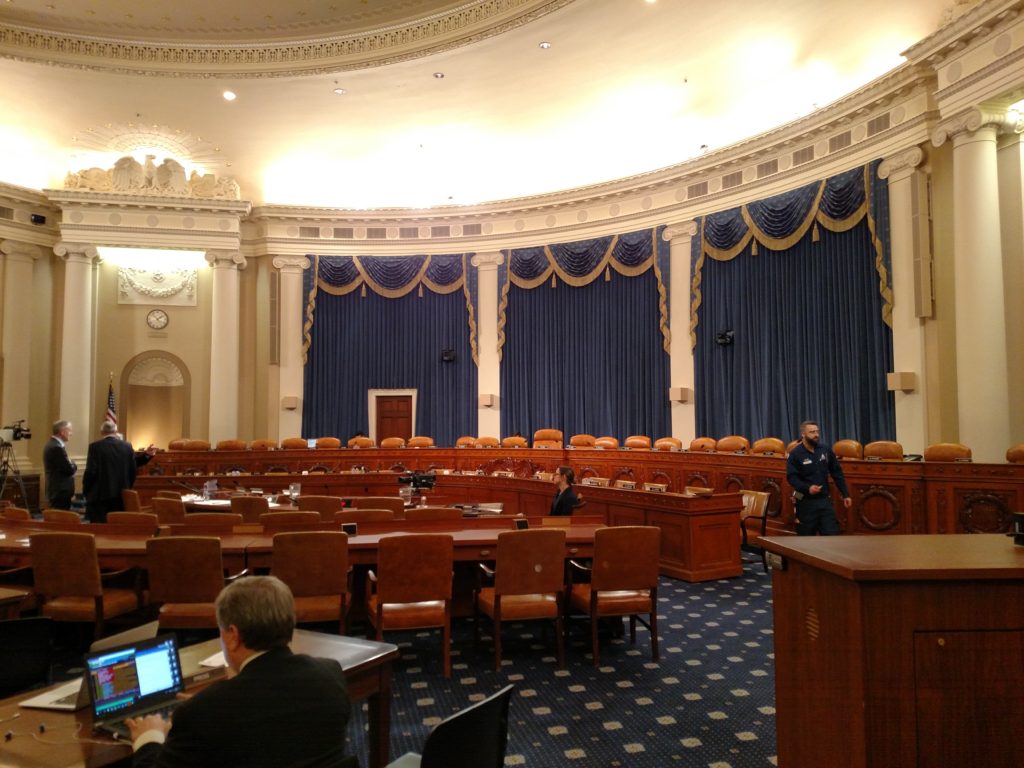 The House Ways & Means Committee Room in March. The committee has oversight of tax laws. (WMassP&I)

The calls for House Democrats to impeach Donald Trump have been growing louder. However, it still seems some way away from critical mass. Reps have complained about the administration’s stonewalling of routine subpoenas. Many now believe elevating the seriousness would somehow prompt responsiveness.

Ironically, the shuffle toward impeachment hearings may have been dealt a blow, ironically, by good news on the oversight front. This week two judges rejected suits Trump and his spawn filed to block banks from responding to House subpoenas for his financial records. The Treasury Department continues to stymie US Rep Richard Neal’s efforts to obtain Trump’s tax returns. However, an alternative path to them may have appeared.

Neal, in his capacity as chair of Ways & Means, requested Trump’s returns and those of several of his corporate entities on April 3. He made the demand under Section 6103(f) of the Internal Revenue Code. Despite clear language mandating compliance and Neal’s articulation of a legislative purpose, Treasury Secretary Steven Mnuchin demurred. 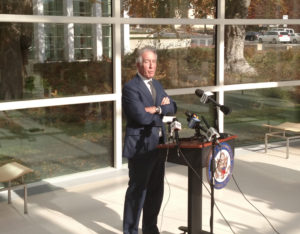 Neal, past the point of asking. (WMassP&I)

After Mnuchin’s initial rejection, Neal tried issuing a subpoena but to the same end. The Springfield Democrat has not yet outlined his next move, but a lawsuit seems inevitable.

Rulings from judges in Washington and New York suggest Trump’s obstinance will find little refuge from the courts at least for now. The court rejected Trump’s contention Congress could not investigate him and sided with longstanding precedent recognizing congressional oversight.

Nor should Trump be sure he can run out the clock until Election Day. Trump appealed the Washington ruling, but the Court of Appeals for the DC Circuit has set an expedited review schedule. Arguments are to occur in July. Trump appealed the New York ruling, too, but that court has yet to hand down a schedule.

However, those rulings differ from Neal’s request in a crucial way. The custodians of the records—Trump’s banks—have taken no position on the subpoenas. They have promised to comply with whatever decisions the courts issue.

But when it comes to documents in the administration’s possession, it is possible Trump & Co. could ignore a court order. Such documents would include Trump’s 1040s.

Albany to the rescue? Not yet. (via wikipedia)

Recent actions out of Albany could mitigate if not eliminate those concerns. The New York legislature approved a bill that would allow Neal, his counterpart on the Senate Finance Committee, and/or the chair of the Joint Committee on Taxation request any state income tax returns for a legislative purpose. That would include Trump, a New York resident. Governor Andrew Cuomo is expected to sign the bill.

While that legislation would open a window to Trump’s finances, it may not serve the Ways & Means Committee’s purposes. Neal has said the request was part of a review of Internal Revenue Service policy to audit presidential returns annually and enforcement of tax laws against presidents generally.

According to documents Neal released with his request, the returns for years before Trump began his presidential campaign were requested to help clarify ongoing transactions.

Neal has not made any public statements about the pending New York law. Given the stated purpose of his request, he and the Ways & Means Committee may not be relying on Albany.  His staff has said as much. That does not foreclose later use of the New York law, however.

Ultimately, Neal may have reason to gamble on getting Trump’s federal returns. 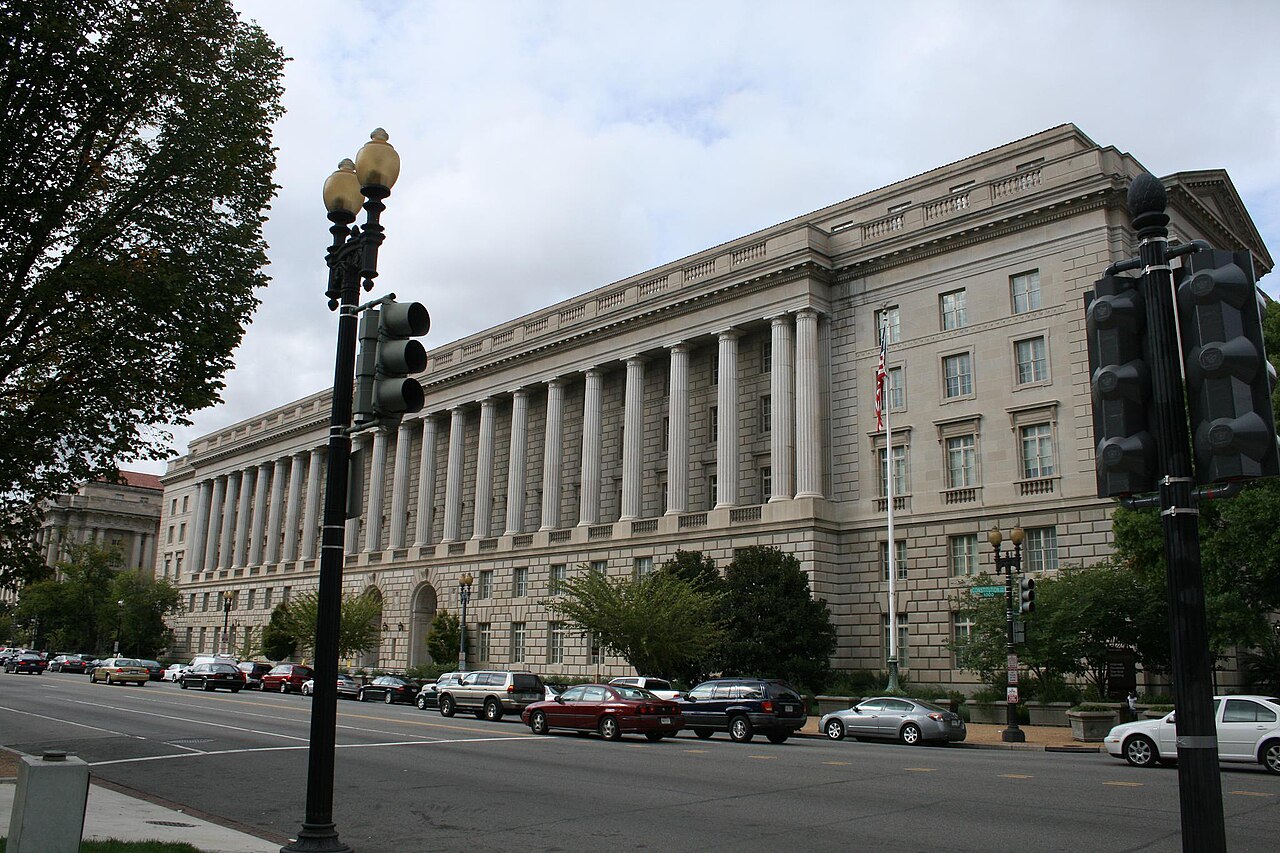 IRS HQ in DC. Somebody here disagreed with Mnuchin. (via wikipedia)

This week The Washington Post reported that the IRS had produced a legal memo asserting that the agency must comply with a Ways & Means request for tax returns. The memo said there was virtually no legal argument to support noncompliance with a Section 6103(f) request. It identified one exception, invoking executive privilege. However, it also cautioned that move may not survive judicial scrutiny.

Ways & Means staff did not respond to a request for comment on The Post’s story.

Still, if Neal sues Mnuchin and Rettig, as now seems likely, he would go to court with more than Section 6103(f)’s plain language. He apparently would have the IRS legal staff’s own reasoning to back his position.