UPDATED 5/20/19 10:08AM: To clarify that the scholarship is for Springfield residents. 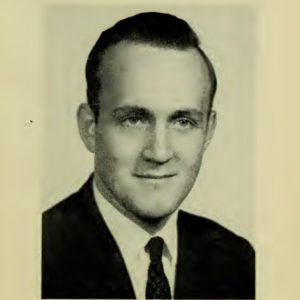 Friends and family of the late Dave Vigneault, a former state representative and mentor to pols and activists, have laid out plans to carry on his legacy. On Friday, they announced a scholarship in the Vigneault’s name available to college-bound students interested in a career in politics and policy.

Vigneault died earlier this year after a short bout with pancreatic cancer. He had last held office in 1973, after twelve years in the legislature. Throughout his tenure, he committed himself to progressive policy and civil rights in particular. After returning to private life, Vigneault had campaigned for succeeding generations of pols. He also provided advice and insight on all politics at all levels of government.

Springfield Students seeking degrees in history, political science and other majors that relate to public service will be eligible. Friends of Vigneault have established a review committee to accept applications.

Vigneault’s relatively sudden passing came as a shock to the somewhat small political community in Greater Springfield. It prompted remembrances from local figures all the way up to former Governor Michael Dukakis. Dukakis and Vigneault served together in the House.

In addition to figures like Cocchi, Davila, and Lederman, Vigneault backed Democratic officials up and down the ballot. Friends had recalled presidential candidates, US Senators, and governors made a point to chat with him whenever they saw him.

First elected at the dawn of the Kennedy era from a district in Springfield, Vigneault later joined activists registering African-Americans to vote in Mississippi even as violence against such efforts escalated. He narrowly avoided a grim fate himself. An official later convicted in the 1964 murders of three civil rights workers had arrested him.  The intervention of his Massachusetts House colleagues led to his release unharmed.

Students interested in the scholarship must write an about “the importance of young people getting involved in the political process.” The applicable deadline is Friday June 14. Applicants can direct their materials to former Rep Caron at [email protected]