SPRINGFIELD—Taking a break from lawmaking per se, the City Council approved several orders that signal the start of budget season. The body accepted its major federal grants including the meaty Community Development Block Grant (CDBG) from the United States Department of Housing and Urban Development (HUD). Other financial items included transfers ahead of the fiscal year’s end.

Legislation did not dominate the meeting. Indeed, two ordinances on the agenda went to committee rather than receive initial votes. The procedural air of the meeting was a departure from recent meetings packed with debate and more than a little consternation if, in the end, sometimes unanimity.

Councilors began with their reports of committee. For the most part, the readouts reflected approval of related items on the full Council agenda. Public Safety Committee Chair Orlando Ramos offered an update on legislation on dirt bikes and other off-road vehicles on city streets. No bill was before the Council Monday night, however.

A reference to human waste made a rare unironic appearance at the meeting. Public Works czar Chris Cignoli told councilors that the Springfield Water & Sewer Commission was requesting approval to install a metering station on White Street at the East Longmeadow line. The device would more accurately measure the sewage the suburb is sending into the city’s mains.

That item and an order allowing signs for urban birding passed on voice votes. The latter is part of a larger national program. It will also build a trail for birdwatching in the city.

The Council also greenlit a redirection of Hubbard Street to improve traffic around a new a CVS near MGM.

The Council accepted smaller grants for the Elder Affairs and Parks departments.

But the big money was the annual acceptance of CDBG funds and several other federal programs. Cathy Buono from the development office presented the grants.

For example, the city accepted $323,252 for local shelters and efforts to reduce homelessness.  Another $661,323 came in for housing programs aimed at AIDS patients. The HOME Entitlement grant brought in $1.5 million. The city will use it for first-time homebuyer programs and tenant-based rental assistance.

But the big kahuna was the CDBG funds valued at $3.8 million. Like most of the other grants, this represented a slight uptick over past years. Buono said it would fund pool program, Camp STAR Angelina, sidewalk construction, and park programs. Several rehabilitation programs also receive money from the CDBG monies. 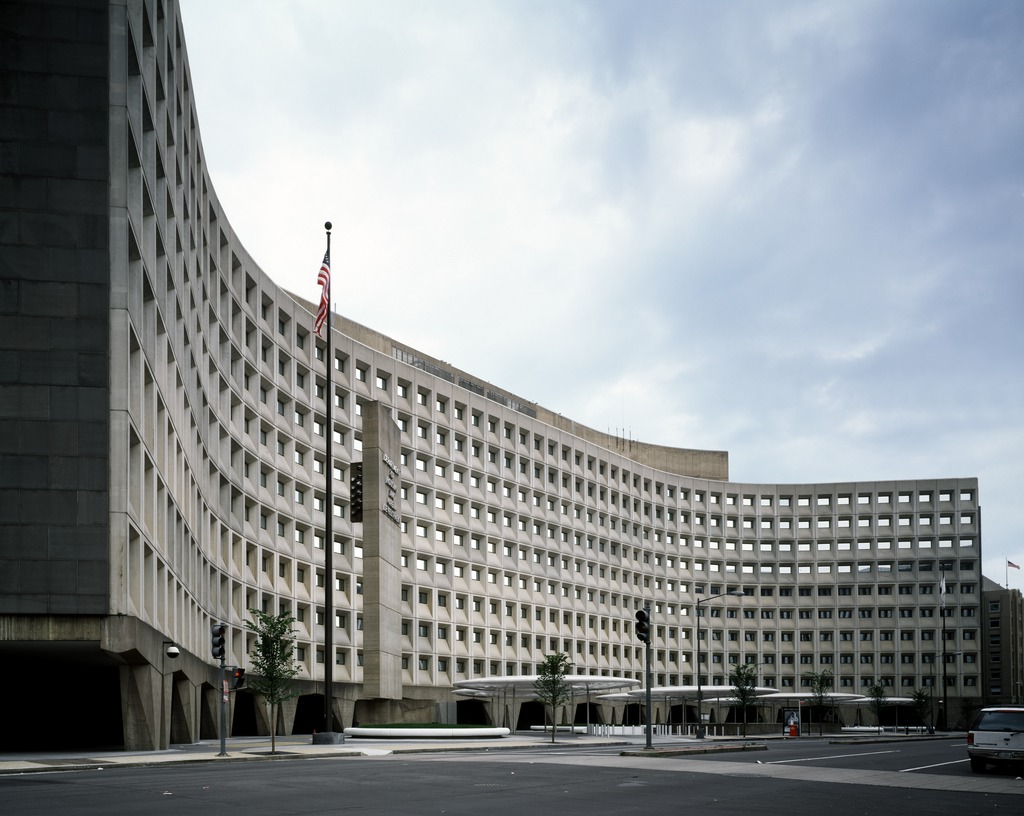 HUD HQ in Washington. (via wikipedia)

All HUD grants were accepted on voice votes.

There were other financial orders on the spending side. The city will bond nearly $8.6 million for upgrades at the Milton Bradley School and boiler work at Sci-Tech. The city anticipates state will reimburse about $4.7 million of that bonded figure.

With the fiscal year wrapping up, the city is has begun its final fiscal transfers to avoid any red in budget lines. Councilors approved transfers of $22,817 and $85,016 to the Animal Control and Elder Affair departments respectively. These funds came out of reserves.

Another $115,000 transfer within the police budget for paving at its Pearl Street headquarters. Parks requested $140,000 transferred from leftover payroll funds to beautification and sewer accounts. Finally, $223,579 was moved to the capital account for the Milton Bradley and Sci-Tech projects.

Cignoli also presented the annual acceptance of Chapter 90 funds. The state-issued grant finances road construction. Cignoli said of Springfield’s $3.66 million allotment, $3.4 million will go to actual paving. Certain set asides were unnecessary this year and even in surplus. Only $200,000 will go toward salaries.

The Council also blessed a reconstruction of Bay Street and Berkshire Avenue’s intersection. The project will expand the north side of Bay Street to install a turning lane. Cignoli said it would reduce backups, principally those school buses cause. Right now, turning traffic clogs Bay Street through traffic.

Bay Street (left) will be expanded to the right to make space for the turning lane.

The state is picking up most of the tab, but some land takings and easements are necessary. The Council must vote on the expropriation funds before actually ordering the taking.

Councilor Ramos queried Cignoli about the project completion date. The DPW chief replied the project had a timeline of a year, but no exact start date. Both the taking appropriation and the taking itself passed without dissent.

The ordinances on tap Monday night both went to committee. The first, proposed by at-large Councilor Jesse Lederman, would direct city agencies, the Election Commission in particular, to wage a public awareness campaign about upcoming elections. Among the things the ordinance would order are robocalls, signs and mailings to remind voters about elections. The Election Commission already does some of this, but on a much smaller scale.

Lederman said he wanted to have more input before moving the bill toward final passage. Thus, he moved to send it to committee. Councilor agreed.

Another bill on Monday’s agenda would require permits for retailers, primarily convenience stores, to remain open between 12 and 5 a.m. That, too, went to committee.

The final item was a resolution in support of the healthy incentive program. Supporters want the state to increase food benefits manifold when used at farmers markets. Such markets may not be viable without such a boost. Such markets are often the only way residents who live in food deserts can get fresh fruits and vegetables. The resolution passed on a voice vote.

In a way, the road projects, bonding, and even raw sewage on the agenda were a welcome respite from recent legislative battles. Pearl Street’s woes, battles with the mayor and continued troubles across the city are taking their toll on councilors and their relationships. Given the relative unity on the Council lately, the strain is not yet apparent.

But as these issues evolve and residents ratchet up pressure to act, the stress may begin to spill into public view. What happens from there is anybody’s guess.