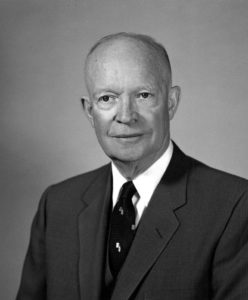 If you ever liked Ike, you may be old enough to have lived through the last competitive, open Clerk appointment.  That’s how long it’s been. (via wikipedia)

SPRINGFIELD—It could be easy to overstate the stakes of the City Council’s impending decision on a new City Clerk. Aside from opening another front in the simmering battle over separation of power in city government, the decision’s consequences are hard to fully parse. But both the decision and how it happens will define—or wreck—the body’s influence going forward.

With the search committee’s chair, Councilor Orlando Ramos, releasing the game plan for selection, the stakes are coming into focus. The Council has an obligation to carry out an important search on a short timetable. It must do so within the boundaries of state law at a time when relations with the city Law Department are fraught and with an unclear history to lean on.

Historically, the lead up to  Clerk selections is often dull because actual contests have been spare. One obvious candidate often appears shortly after a vacancy facing little competition. With its salary and staff, one would expect pols to clamor for the gig, but many sitting city electeds are ineligible under state law.

Despite a steady stream of veto overrides—requiring at least nine votes among the body’s 13 members—and few narrow votes generally, schisms haunt the Council. Impatience and frustration with a borderline-authoritarian mayor, not necessarily an overarching vision for Springfield, binds councilors.

Though the body could fracture on this selection, there is an appetite for a good process. 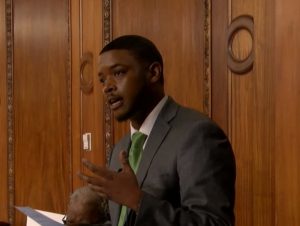 In the emerging mayor’s race, Domenic Sarno’s opponents have pointed to the opacity of the mayor’s appointment processes as a vice. Williams, who worked last year to improve diversity in the ranks of the city departments’ leadership, agreed that opening up the application was in the city’s best interests.

“I think a fair and open process is always the best way to go,” Williams said. Letting a diverse body like the Council consider all applicants’ qualifications is the best way to avoid nepotism and corruption, he continued.

But keeping that process within the law when trust between the branches is at a low ebb is not easy.

“We’re doing our best,” Hurst said when asked about the process.

In an interview at City Hall on Monday, he said it as “very obvious” the Solicitor has “erred on the side of the mayor” regarding who appoints the Clerk. 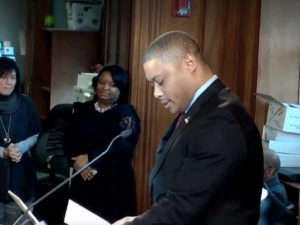 “I’m having a difficult time relying on the solicitor period when it comes to this particular issue,” Hurst said. However, he said they looking to other sources to navigate the applicable laws.

Legal compliance is more than just a matter of political embarrassment. A slipshod policy could upend the entire process.

“We do want to make sure we get it right,” Hurst said. “The problem is, we’re facing a very short timeframe.”

On June 17, the Cambridge City Council chose Springfield’s incumbent Clerk, Anthony Wilson, to be that city’s new Clerk. Wilson told councilors he will leave in the first two weeks of August.

Ramos’ schedule to select the next Clerk considers Wilson’s departure. The Council began accepting applications immediately up on the schedule’s release Monday. Originally, the window to apply ran through July 5. That later shifted to July 8.

The search committee was to meet afterward to review applications, interview finalists and present a recommendation to the full Council for a vote on July 22. This was largely to be in executive or closed session.

On Wednesday, Ramos released a revised schedule with input form the Attorney General’s Office, which enforces the OML.

Procedurally, the full Council could make a different choice, but it may need to question alternative candidate before doing so.

History offers little guidance about how things will play out.

As for the type of candidate, there is little pattern. Sarno, in recommending Tasheena Davis, has pointed to recent appointments of attorneys as Clerk. That has its wisdom, but the pattern only goes back to 2006 under the Control Board. Before that, Clerks were usually assistant city clerks with one notable exception. Yet, this only happened by default. 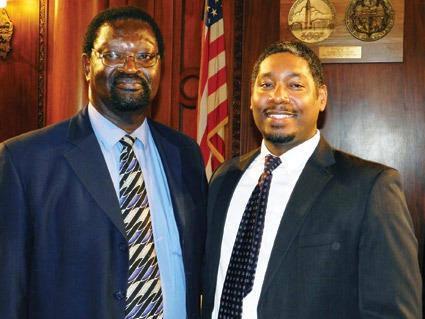 Former City Clerk Wayman Lee, left, and outgoing Clerk Anthony Wilson in 2015. Both were attorneys in the Law Department before becoming Clerk, but the precedent only goes back to 2006. (via Reminder Publications)

While the Council has appointed the Clerk since at least the early 20th Century, “races” for Clerk have been infrequent. Wilson was the only person considered in 2016. When Wilson’s predecessor, Wayman Lee became Clerk in 2006, the Control Board unilaterally made the call. Before Lee, William Metzger had served for 25 years. However, he was the only candidate the City Council considered, having retiring City Clerk Rose Pollard’s blessing.

Pollard almost had a contest when she became Clerk in 1973. But the law barred her would-be competition, then-City Councilor Rose Marie Coughlin, from the appointment.

The last time the Council had an actual choice before it was in 1958.

The Interstate Highway Act was two years old and the bicameral City Council had 26 members. Pollard, then an assistant city clerk, was a contender then, too and had the support of Mayor Thomas O’Connor. But then-State Rep and later mayor William Sullivan—the 1973 vacancy occurred after he was elected to finish Frank Freedman’s term—prevailed in 16-10 vote of the full Council. 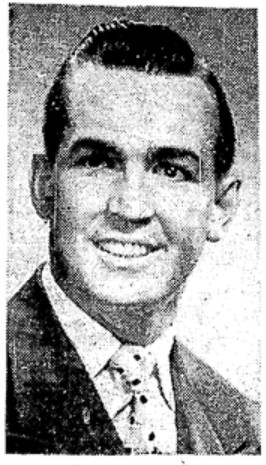 From Rep to Clerk. William Sullivan, pictured circa 1950s, is the only sitting pol to be elected Clerk in over a century. (via Springfield Union)

Sullivan’s predecessor, Clifford Smith, had served since 1922. Smith had replaced his boss Elijah Newell who died in office and served since the 1880s.

The history of Springfield Clerk selection may offer little guidance for the Council. Yet, it does highlights legal complexities of the process.

Coughlin, the 1973 would-be Clerk aspirant, could not seek the position as a sitting city councilor. Under a law Governor John Volpe signed in 1968—and introduced by then-Rep Michael Dukakis—municipal boards cannot appoint one of their own to a position that panel supervises. A member could resign, but they could not receive an appointment under their former board until 30 days after the resignation. Another exception exists for towns, but not for cities like Springfield.

According to a February 3, 1973 Springfield Union article, Coughlin passed on seeking a home rule petition for an exemption. Coughlin downplayed her own candidacy, conceding to Pollard. Acting Mayor Theodore DiMauro doubted “any possibility” Coughlin would ask Beacon Hill to set aside state ethics laws for her.

The 1968 law itself codified what Massachusetts courts had held for years. The Massachusetts Ethics Commission developed the law more fully nearly 20 years after the law tripped up Coughlin. 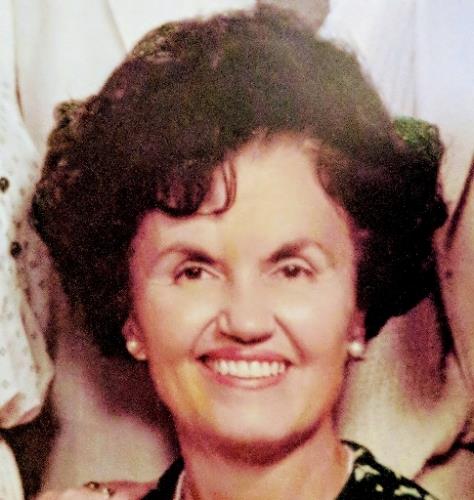 Rose Pollard could not beat Bill Sullivan in 1958, but she bested Rose Marie Coughlin by default in 1973. (via Masslive Obits)

In a 1992 opinion, the Commission stated clearly that city councils are “municipal commissions or boards” and they supervise the City Clerks they appoint. The opinion also said merely maneuvering for a gig while in office, as Coughlin may have done, was verboten.

Under other opinions, a board could not hold job interviews with a former member until 30 days after their resignation.

A situation like Coughlin’s may not arise, but it underscores the difficulty of the Council’s job.

Much of the attention up to now has focused on the strife between the branches.

“Often times in this business there is always a power grab between the executive branch and the legislative branch,” Council President Hurst said. “The mayor doesn’t want to give up his powers and neither do we and I don’t expect to.”

But given the clearness of the Council’s prerogative, that struggle is less important. Despite mayoral disagreement and even meddling, the Council has grown in importance legislatively. Appointments may not be typical of its duties, but how it handles this one will reflect on its capacity to govern. Moreover, it could model better processes for the city overall.

“I think whenever you’re appointing, the process should be open,” Hurst said, referring to positions beyond the Council’s purview. “This just so happens to be the first appointment the city council has made for a high-profile position that is an actual paying position” in decades, he said.