Take My Council, Please: Electoral Dysfunction, Not Normal in Any Age…

SPRINGFIELD—A proposed effort to bolster voter turnout here, if not cure its anemic state, cleared the City Council Monday night. The victory was short-lived. Mayor Domenic Sarno quickly vetoed the measure, offering a garbled explanation. However, it would not be his nonsensical valley this week.

The meeting, more accurately the preceding Public Safety Committee, may ultimate serve as prelude to the next phase of Police Commission legislation. An ordinance to backpedal on the Commission and codify the mayor’s police review order did not advance. It remained in Committee after a cosponsor, Ward 2 Councilor Michael Fenton, declined to call it up.

“I don’t have any issue with keeping it in committee,” Fenton said. However, he also did not want the Council to formally re-refer it to Public Safety and restart the procedural clock.

Ward 8 Councilor Orlando Ramos, the chair of Public Safety, discussed a package of legislation to address the use of off-road vehicles on city streets.

The bills, which include an ordinance and companion home rule petition, would broaden options to regulate the vehicles and deter their illegal use on roads intended for automobiles. After making technical amendments, the ordinance passed 1st step on a voice vote.

There were a few other vehicular ordinances. A bill to allow electric-assist bikes onto sidewalks also passed first step. Another ordinance to harmonize city and state law with respect to bicycles on sidewalks received final approval. Councilor E. Henry Twiggs and Tracye Whitfield missed that vote.

Earlier in the meeting there was some standoff over a $2.1 community development grant from MGM. Some of it will go to a School Department reading programs. Some councilors were leery about accepting the rest without a plan.

Chief Administrative and Financial Officer Timothy Plante assured he would return once a proposal process gelled. The item was accepted on a voice vote.

Among grants accepted were $315,000 for a Parks Department risk assessment of the city’s urban forests. Small grants of $10,000 in value or less for the Elder Affairs, Health, Library and Parks departments received approval without debate.

There was some additional debate about a revised property tax agreement with Citizens Oak Street Solar, LLC. The company is planning a solar farm for land aspiring real estate mogul Roger Roberge controls. However, the agreement only covers the solar panels, not the land itself.

Is it possible to commit for that long? Councilor Tim Ryan asks. (via Facebook/Ryan campaign)

Assessor Board Member Patrick Greenhalgh explained the deal offered certainty. Fielding questions from at-large City Councilor Timothy Ryan, Greenhalgh explained that the longer timeline would ensure that the city would know its anticipated revenue. Communities like Chicopee, Holyoke, Oxford and Spencer had similar deals, he added.

Ryan moved to reduce the time period to 20 years. That way the city could realize revenue from future replaced panels.

Ryan’s amendment failed 3-10 with only himself, Twiggs and Walsh in support. But the agreement passed unanimously.

The Council also approved a $450,000 transfer to settle the Lee Hutchins case. It resulted in a $250,000 verdict against the city in Boston federal court. With interest, attorneys fees, and trial costs, the city faced a $600,000 bill.

City Solicitor Ed Pikula said the city had appealed and federal appellate courts require mediation. It worked and the city and Hutchins agreed to a $450,000 settlement and to vacate the judgment. According to Pikula, that would block the verdict from becoing evidence in other misconduct trials.

Councilor Ramos asked the consequence of not authorizing the requested transfer from free cash or anywhere else. Barring success on appeal, Pikula said the city would still pay. Under state law, it would automatically attach to the budget and be paid after the tax rate is set later this year.

Councilors ultimately greenlit the settlement transfer 10-2. Whitfield did not vote and Councilor Ramos and Adam Gomez were in dissent.

Another transfer financed an arbitration award that ordered the city to pay retroactive Quinn benefits. That amounted to $325,000 from cash. Another $75,000 was transferred within Public Works.

The Council authorized Public Works to pursue 5-year leases for the city’s light-duty truck fleet. DPW czar Chris Cignoli said some vehicles were 26 years old. During an exchange with Ramos about hybrid and electric vehicles, Cignoli said maintenance and reliability made that expensive. Electric vehicles, meanwhile, are not as reliable for heavier equipment.

However, Cignoli said he expected the city’s fleet would expand its cleanliness in the next five years. 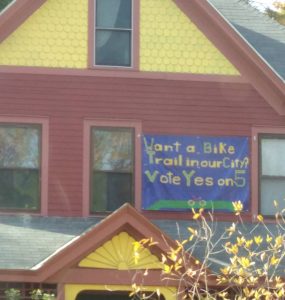 Springfield adopted the CPA in 2016 by approving Question 5 that year.  (via Facebook/Springfield Preservation Trust)

Bob McCarroll, the chair of the city’s Community Preservation Committee (CPC), presented his panel’s budget for the next fiscal year. Most of the funds are not yet allocated. The CPC will return to the Council for approval of individual projects.

“It is very similar to what you approved” for 2019, McCarroll said. “We are expecting about $1.3 million out of the surcharge [on tax bills],” he continued.

Still, McCarroll said collections had exceeded expectations. Indeed, the CPC is seeking a staffer. State law allows a sliver of CPC funds to go toward administrative costs. McCarroll said this hire could also assist with educating the public about applying for grants.

The CPC budget received approval as did easements for water and sewer projects. The Council also approved a bond order for dispatch modernization and to transfer a tax title to the Conservation Commission.

The bill directs the Springfield Election Commission to mail all voter households notice of a pending election with the household’s polling place address. The city would also erect signage near polling places alerting residents about an election.

“There’s no silver bullet that is going to take us from [2017’s] 9.9% turnout to 100,” Lederman said. However, he also noted that many people do not know when city elections are. Compare that to all-consuming presidential elections when city turnout, since 2008, has hovered around 50%.

Concerns about the cost featured prominently in the hesitancy.

Councilor Walsh questioned passing the bill without the mayor funding the roughly $13,000 needed for the mailings per election.

Ryan, while not philosophically opposed, worried about the lack of data to justify the cost. He suggested the state pay it.

A spokesperson for Secretary of State Bill Galvin said that while his office oversees all elections, including municipal ones, municipalities (or their charters) set and administer local polls. The Secretary’s office only sends out state election information. 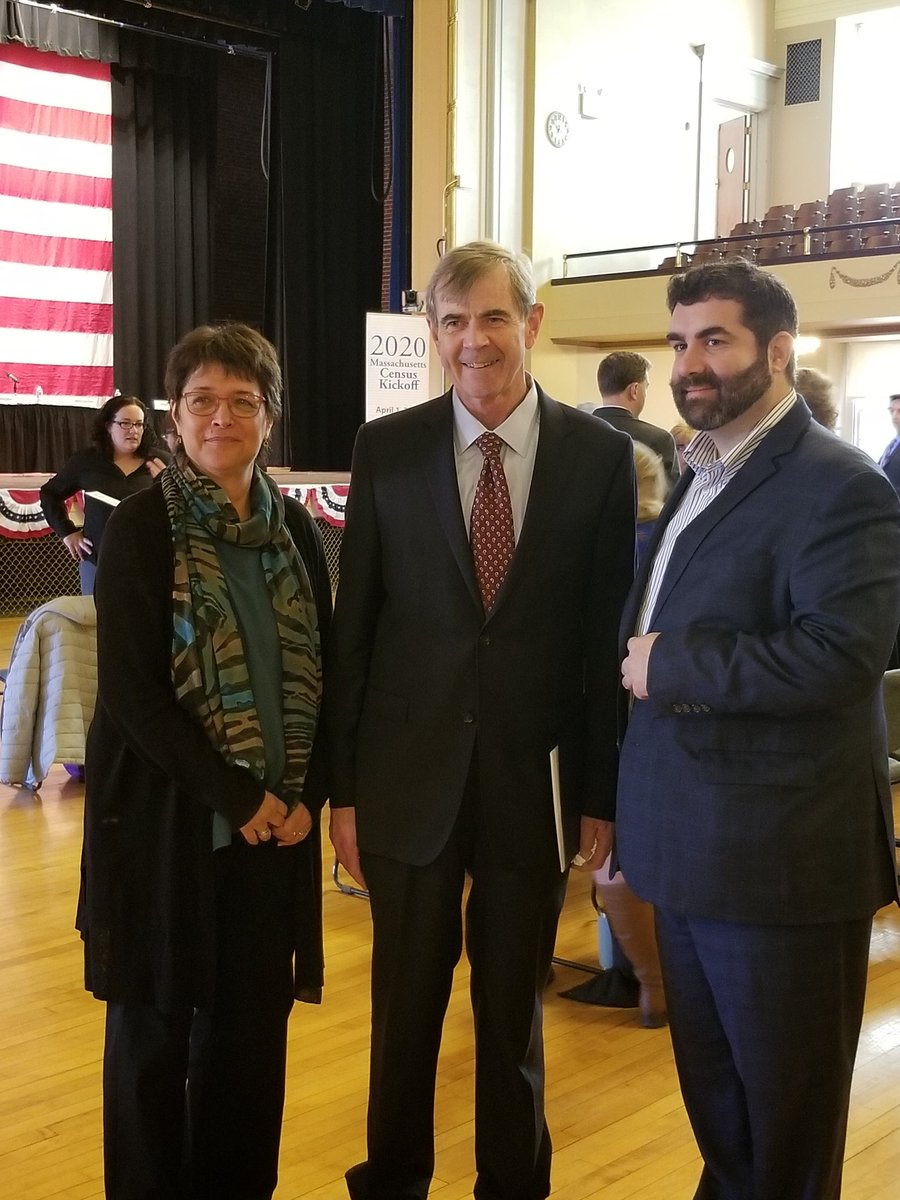 Secretary Bill Galvin with State Reps Mindy Domb & Paul Mark circa this past April. (via Twitter/@SecretaryofMass)

“We do not have the funding or the responsibility for sending out similar reminders for local elections,” Debra O’Malley, a spokesperson for Galvin emailed. The office, however, does “make every effort to provide as much information about city elections as possible,” particularly online.

Though Ryan also noted no other communities send notices, his colleagues were undeterred. “We are the city of first and so we can set the precedent if this works or not,” Councilor Whitfield said.

Councilor Fenton moved to amend the ordinance to cover referendums if they occur outside the normal election cycle. One example would be the June 2013 casino approval vote. Councilors incorporated his amendment via voice vote.

The final vote on the ordinance was 11-2. Only Ryan and Walsh dissented.

In contrast to councilors, Mayor Sarno did not focus on costs. His sarcastic veto message/press release, which reads as if it were dictated, meanders through his reasoning.

“Are we now talking about publicly financing campaigns – is that our next step?” Sarno began before wondering whether it would extend to other elections. The ordinance only covers municipal elections and, as Galvin’s office indicated, state elections are not the city’s responsibility.

This is facile. Campaigns from council to president focus on turning out primarily their own supporters. The ordinance and state law bar picking sides. In other words, the bill’s goal is higher turnout generally. That is not same objective campaigns have.

Sarno concluded with a genuflection to former Republican publisher David Starr for supporting the kids’ voting program. The mayor said he recalled it from his councilor days from 2000 to 2007. However, kids of that vintage are now of age—and, statistically, not voting.

The Council’s only other significant action amended a school revolving technology fund to cover repairs and replacements.

There was an element of overthinking Election Notification ordinance Monday as it limped across the finish line. Even before Sarno kicked it back, an older way of futile and nihilistic municipal thinking—”Without the mayor, we are nothing!”—felt like it was oozing back.

It was implicit in fears that the mayor would not fund an election turnout initiative that probably costs less than the city’s annual toilet paper budget. That is a risk and could ultimately frustrate implementation this year. It’s not a reason to balk, but councilors do appear ready to override.

Whether councilors artfully can wipe up other messes the mayor deposits in their chamber is uncertain.