Briefings: With O’Connell out, a Trio in Springfield’s Mayoral Prelim… 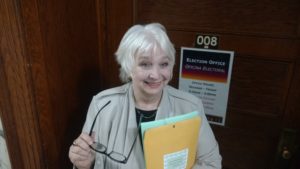 As abruptly as the race for Springfield mayor shifted in May, it took another jolt Monday morning. Linda Matys O’Connell, the former teacher, journalist and newsroom executive suspended her campaign for mayor. Alongside community activist Yolando Cancel, O’Connell had entered the race in days before the filing deadline.

In a prepared release, O’Connell said the sudden onset of illness had sidelined her from campaigning. Her campaign did not disclose the nature of her condition and requested privacy. But the release also indicated that it would not resolve before election day. O’Connell went on to thank her volunteers and reiterate her bid’s underlying themes of greater participation among the city electorate.

“This was never about one candidate or one election,” she said. “Engaging all people across the city is the key to growing a sustainable city of the future in which everyone thrives.”

“I began this effort as a cry for greater voter engagement and greater government accountability, and I hope to rejoin voters in that fight as soon as possible,” O’Connell continued.

It is not immediately clear whether O’Connell’s name would still appear on the September 10 ballot. State law would appear to augur against its removal. 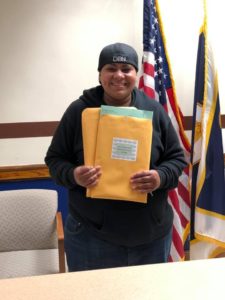 Regardless, the mayoral preliminary will proceed. In addition to Mayor Domenic Sarno, Cancel and frequent ballot guest star Jeffery Donnelly remain on the ballot. The two candidates who receive the most votes will move on to the November election.

However, O’Connell’s withdrawal will change the race. While it was not certain she would win the silver medal in September—most observers assume Sarno will place first—O’Connell had raised the most money among the challengers. She had drawn support from many quarters of the city’s activist crowd. Perhaps thanks to her former leadership with the League of Women Voters, her campaign included a sizable corp of women volunteers that cut across racial lines.

It remains unclear how seriously Sarno is taking his challengers. His campaign has only the barest presence. The campaign held a few signature-gathering events in the spring and Sarno has continued to raise money. However, its social media, digital and physical visibility are limited and no kickoff has been announced. Sarno has appeared more haggard of late, but the mayoral race is one of several factors raising the pressure at 36 Court Street.

Four years ago, when Sarno faced opposition of limited means, he held a show-of-force launch party shortly that May. But he declined to participate in any debates and avoided most, if not all, media coverage of the race.

Speaking to The Republican, Sarno wished O’Connell a speedy recovery. On Facebook, Cancel, likewise, hoped O’Connell would get well soon. “Linda, you are in my thoughts and prayers,” she wrote.

Attention will likely shift toward Cancel. Donnelly, who has run for several city offices before, has no discernable campaign. Cancel does and has been trying to leverage social media to connect with voters. It is uncertain whether Cancel will absorb all of O’Connell’s support. But she will be the primary beneficiary as the de facto remaining threat to Sarno’s reign.