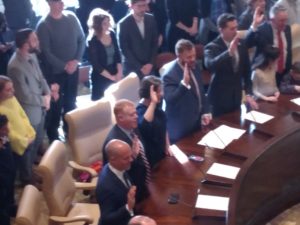 Although the Massachusetts legislature is in recess, churn continues among the Upper House offices that represent the 413. From the office of region’s newest senator to its most senior one, change is afoot.

Two of the region’s state senate offices have announced single staff movements. These occurred amid the informal end to the session that began in January. In another office, there has been several transitions throughout 2019.

Northampton Senator Jo Comerford kicked off the more recent wave of staff news this month, announcing that her legislative aide Sam Hopper had been promoted to Constituent Services Director. The following week, Longmeadow Senator Eric Lesser bid farewell to his communications director Ryan Migeed. Meanwhile, the office of West Springfield James Welch has seen changes both in the district and at the State House. 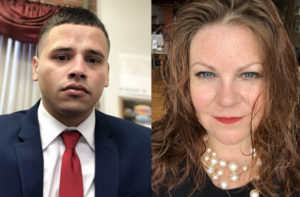 The core of Welch’s district office is unchanged. Vanessa Ford holds down the fort as director of operations in Springfield. Bruce Gendron remains community liaison. The shift began in February when Orlando Ramos left the senator’s employ as district director. To fill the gap, Welch took on Sebastian Villanueva and Jennifer Hayes as part-time district aides. Both have been on staff since early this year.

In Boston, Welch’s Legislative director/Counsel and Communications Director move on to new opportunities in government and public relations respectively. Lauren Corcoran, Welch’s Chief of Staff, had no announcements for these positions as of last week. However, the senator’s office is closing in on new hires.

Not everything is in flux in Western Mass Senate offices. Representatives of Adam Hinds of Pittsfield and Anne Gobi of Spencer confirmed their offices have had no changes since the session opened. Nor were any imminent now.

A spokesperson for Westfield Senator Don Humason had not returned a request for comment as of posting time.

Ryan Migeed (via Linked In)

Among Lesser’s employees, only one post had experienced any changeover since early 2017. At the beginning of 2019, Liz May became legislative director, succeeding Samantha Kelly, who had moved on to a consultancy gig.

Migeed, a Springfield native, was among those who joined Lesser’s office after the 2016 election. He is moving to DC to pursue a law degree at George Washington University.

In a brief essay he released before his departure last Friday, Migeed noted how the 2016 election set him on a path to Boston and ultimately back to Washington. After graduating from American University, he worked as a speechwriter and social media manager for a pro-Hillary Clinton third-party group. The election result and later revelations of Russian interference developed Migeed’s interest in international issues including cybersecurity. He hopes to study that in law school.

“To protect our democracy we must remove foreign actors from our systems where they are embedded, and then build the legal framework to hold them accountable,” Migeed wrote.

Still in Lesser’s office are May, Chief of Staff Stephanie Swanson, District Director Joel McAuliffe and Senior Advisor and Strategic Engagement Director Michael Clark. Sources say the search for Lesser’s next communications director is nearing completion, but nothing is final. Migeed’s successor should be in place around when the Senate reconvenes formally this Fall.

Other departures from Lesser’s office could be imminent, but there was no word about when or if they might occur. 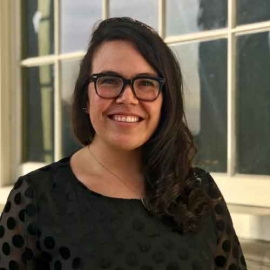 Hopper’s promotion was not Senator Comerford’s only office change. In her release, Comerford also said that Ania Ruiz Borys had joined the office in Boston. She succeeds Rani Jacobson who left in June. Hopper had worked primarily in the 413, but will split her time in her new position.