Among Mass. Impeachment Cameos, One McGoverns the Process…

UPDATED 10/30/19 9:25PM: The Rules Committee has advanced the resolution to the full House. 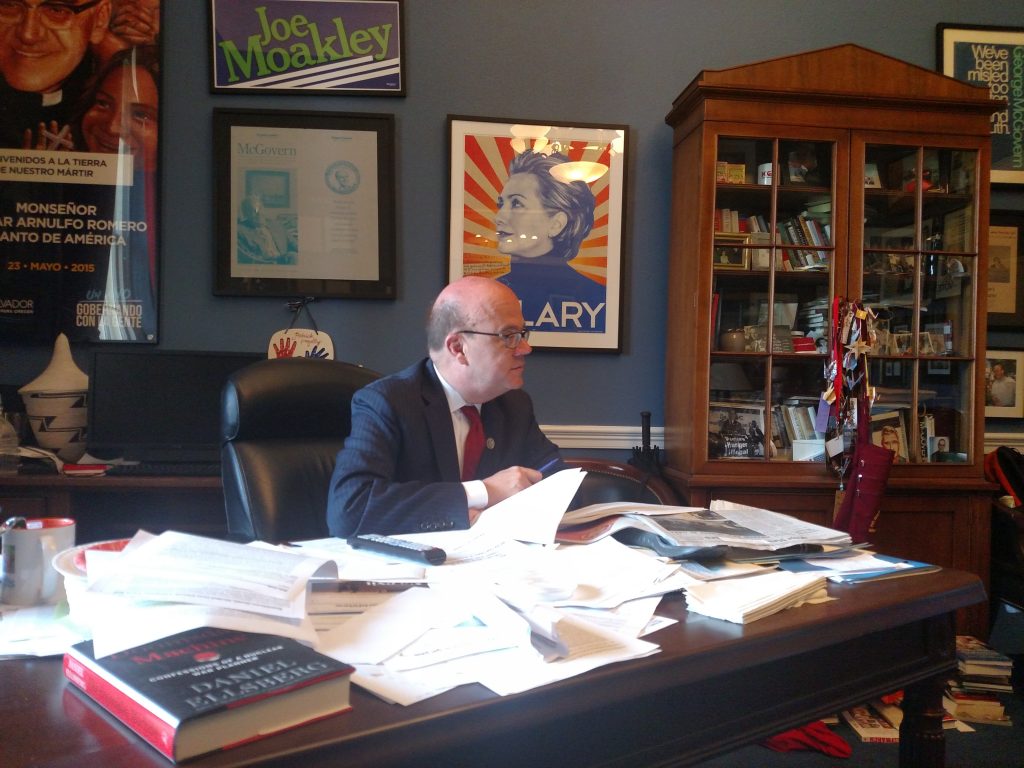 Representative James McGovern does not chair one of the committees that is part of the US House’s impeachment inquiry. The rep in the next district over, Richard Neal, does. Still, the Worcester Democrat is taking on a supporting role in the investigation into whether Donald Trump should be impeached. On Tuesday, the House Rules Committee, which McGovern chairs, released its draft of the resolution that will guide the House as it transitions to the public phase of its inquiry.

The Massachusetts delegation is playing key, if understated role in this process. Melrose Rep Katherine Clark is a Democratic caucus vice-chair while Neal, as chair of Ways & Means, is looking at Trump’s tax returns. Its influence would only grow should Boston Congressman Stephen Lynch seize the gavel at the Oversight Committee.

Although McGovern called for impeachment some time ago, he was not sanguine about the task before him.

“This is a sad time for our country. None of us came to Congress to impeach a president–but each of us took a solemn oath to protect and defend the Constitution,” McGovern said in a statement released by the Rules Committee.

The markup of the resolution is due for 3pm on Wednesday. The full House is expected to take up the item on Thursday.

The resolution is quite brief and lays out several procedures that already exist in House Rules. For example, the resolution allows the Intelligence and Judiciary Committee ranking members—i.e. top minority Republicans—to request subpoenas. Normally only chairs have that inherent power, but they can agree to the minority’s request. If not, the option always exists to ask the full committee to agree. This resolution makes that clear. 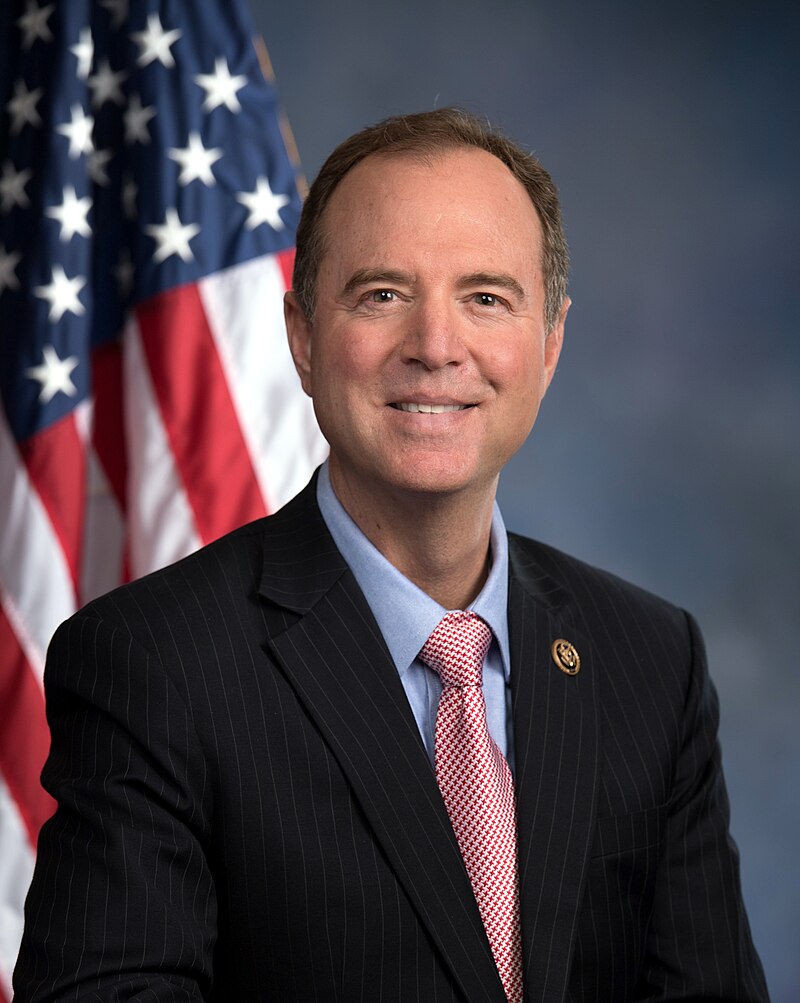 The more interesting rule is the limitation on the Intelligence Committee’s public hearings. Only the chair, California Democrat Adam Schiff, and his Republican counterpart, Devin Nunes, will be allowed to question witnesses directly. They may yield time to staff lawyers. As the Intelligence Committee hands things off to Judiciary, it must also file a report with recommendations.

The resolution does not tell Judiciary how to run its process. That committee can expressly write its own rules for impeachment. While committee’s like Neal’s, Ways & Means, are mentioned in the resolution, there is no direction to them other than to keep working.

House Speaker Nancy Pelosi included Ways & Means as well as Judiciary and Financial Services in her inquiry announcement. However, the Intelligence, Foreign Relations and Oversight committees have led the probe into Trump’s apparent efforts to pressure Ukraine to investigate former Vice-President Joe Biden and his family.

Ways & Means and Financial Services are reviewing other potential avenues for articles of impeachment. In an interview with WMassP&I earlier this month, Neal confirmed that his committee’s focus in the inquiry was Trump’s tax returns and his and his administration’s refusal to produce them.

The first is to spotlight minority rights. Republicans had complained—falsely—that they were shut out of the process thus far. In fact, Republican members of the Intelligence, Foreign Relations and Oversight Committee have been allowed to observe the closed-door depositions from the beginning. Although the resolution duplicates existing rules and practices, these are now being publicized as part of the inquiry.

Another reason for this resolution is also political, but internal to the Democratic caucus. Media reports have suggested diminished confidence in Judiciary Chair Jerry Nadler. The latter had been agitating for an impeachment inquiry even before Pelosi’s announcement. Pelosi, concerned about public support for impeachment, disagreed. A few rancorous Judiciary hearings didn’t help. By contrast, what Trump-related outings Schiff, a former federal prosecutor, has had have gone much smoother, earning his Democratic colleagues’ trust.

Spelling out how Intelligence will transfer things to Judiciary may obviate any confusion. Although the other committees may make referrals, the Intelligence Committee’s review of Trump’s Ukraine actions will likely dominate. Democrats cannot afford to mangle that hand-off especially over internal turf wars.

One stricture the resolution puts on Judiciary is provision for Trump’s counsel to examine witnesses before Judiciary. However, if Trump and his administration continue to frustrate the inquiry, Nadler can withhold this right to cross-examine.

As for the Massachusetts delegation’s role, it will wax and wane with time. Lynch will likely face a stiff battle for the Oversight Committee’s gavel. Several committee Dems have more seniority than him and several contenders, may defer to acting chair Carolyn Maloney if she wants to job permanently. The position opened following the death of Baltimore Rep Elijah Cummings. 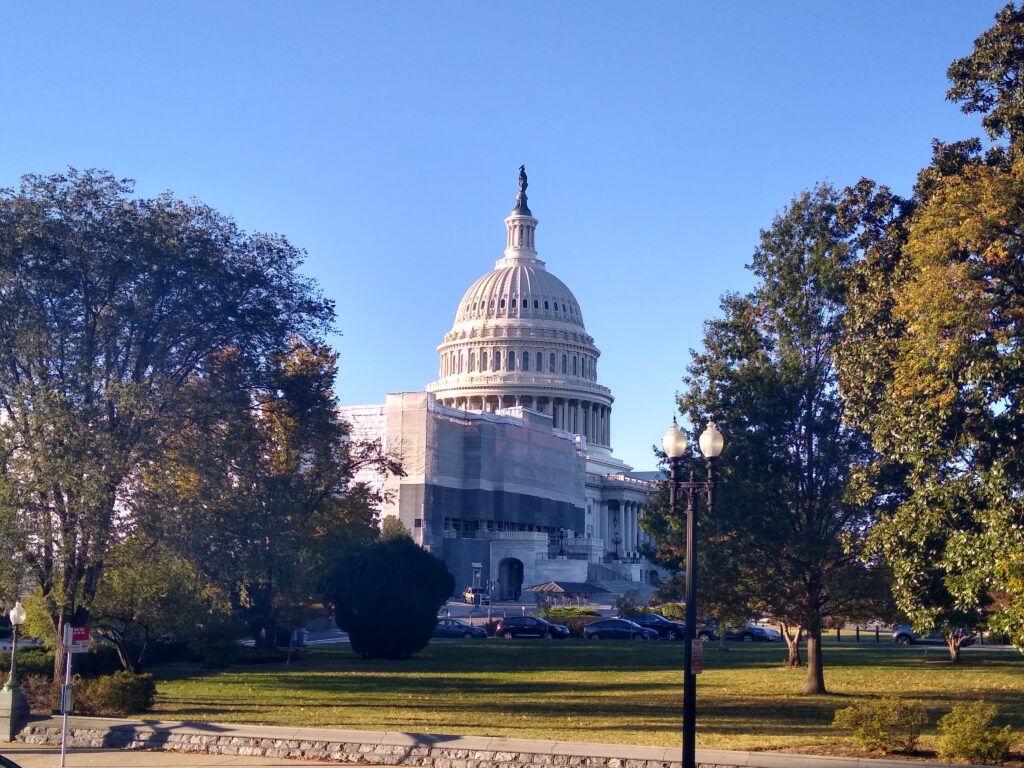 The next phase cometh. (WMassP&I)

However, the Bay State will continue to have a key role no matter what. Aside from any changes in the Rules Committee tomorrow, McGovern will have a recurring role on this issue. When the Judiciary Committee reports out its articles of impeachment, as now seems likely, Rules will be called on again to set the terms of debate on the House floor.

“The president’s Republican allies in Congress have tried to hide the president’s conduct, but the American people will now see the facts firsthand,” McGovern said in his statement.