Endorsements on Parade: Springfield Choices for 2019… 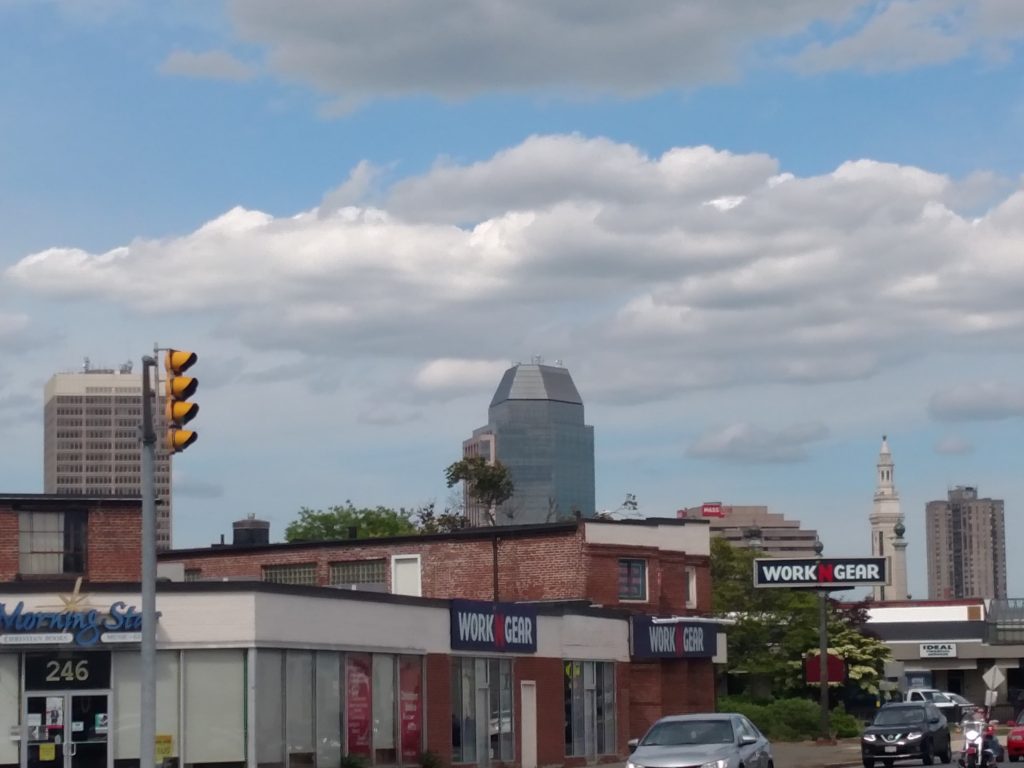 A city’s next stop? (WMassP&I)

It is an odd time for the city of Springfield. There is yet another mayoral election of debatable competitiveness at a time when so much is amiss with our city. The Council race, already troublingly low-key, has been polluted by disqualifying behavior.

At the same time, this blog was not sure whether it would even endorse in this race. Necessarily, it must abstain from other races it traditionally weighs in, namely Holyoke. But we are, at-heart, a Springfield blog and the outcomes of elections here are of paramount concern. Our hesitancy arrives from two factors. The first is the limited resources, namely time, we could dedicate to covering these city races. The second is outside criticism.

After the publication of our report on candidate Christopher Pohner, baseless accusations of ulterior motives were leveled against this blog. As our editor-in-chief Matt Szafranski told WGBY’s Carrie Saldo, “This was publicly accessible.” WMassP&I “reported what was out there.” The sources of our reporting were in circulation among other media outlets, too.

Still, we considered demurring on endorsements this year. But that would be caving to hollow lies, bullying us into silence. We will not do that, not at this critical juncture for our city. 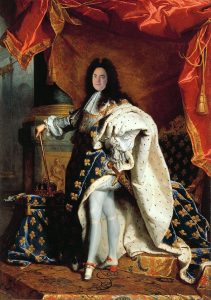 For this blog, the mayor’s race is, déjà vu. The mayor again refusing to even acknowledge the election, let alone his opponent in the race. The opponent, an earnest—if less controversial, this time—community figure with limited funds to counter the mayor’s wall of money. Sarno has also benefited from the largesse of a SuperPAC aligned with Governor Charlie Baker.

We could focus on the parade of mediocrities and travesties in our city that the mayor should take responsibility for. Among them are the Police Department’s woes, egomaniacal assertions of power, underinvestment in neighborhoods, indifference to civil liberties, and injudicious projects. A stellar bond rating cures none of these. However, the mayor’s conduct during this election is alone an issue.

It is dubious, but refusing to engage your opponent is not an exotic political tactic for incumbents. What is different—and disqualifying in our mind—is the mayor’s refusal to show up to ANY community events for the election.

The mayor’s campaign is a television ad and lawn signs flopping in the wind. The mayor is doing nothing to earn Springfield’s vote, gambling on the assumption that he’ll get it because the alternative is unrecognizable. Unfortunately, as he has become more isolated, fewer and fewer unscripted events with the public have become the norm. 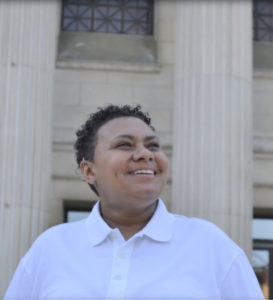 Community activist Yolanda Cancel was compelled to run after her son was shot—he survived. It is a tragic, but somewhat empowering beginning to a run for office. From police officer to community activist, Cancel has a varied and compelling biography. Our recommendation is to vote for Cancel to make a point.

Sarno must be sent message that his kingly attitude cannot be countenanced. Perhaps, chastened with less than a blow-out, he can take stock with what’s really important about his job. He can abandon his Menino-esque ambitions and govern with the various organs of government and civil society rather than dominating them like some wondering elephant bull. 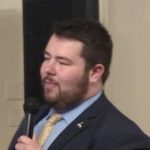 Our first recommendation goes to Jesse Lederman. This is the third time we have endorsed Lederman. He did not succeed in 2015, but he got a seat in 2017. Since joining the Council, Lederman has been fully embraced the role. Normally a newcomer is advised to stand back and learn the ropes a bit, but that has not been his tact. Some grumble, but more often there is satisfaction that there are councilors like Lederman  taking a proactive role, whether in the form of legislation or oversight. More importantly these efforts usually in concert with colleagues as much as possible. In other words, he has recognized progress is not a one-man show. That’s how you get things done. Another two years for Lederman. 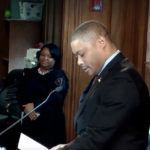 In his year as Council President, Justin Hurst has managed the body well. We do part ways on some items. We worry about the recent INSA permit situation. Yet on balance, based on what we know, the past year augers in favor of our support. Like his immediate predecessors, despite some decisions and items that split the Council, Hurst has kept the body together one key issues. Most notably, Hurst handled the appointment of the City Clerk well. Not only did he reject the mayor’s belching assertion of power to appoint, but he executed a process that was fair and considered.

Two years ago we did not know exactly how to read Tracye Whitfield. Her professional background more than qualified her, but we frankly could not divine her place in the city’s political constellation. Since she ascended into Thomas Ashe’s old seat, however, we have been impressed. Whitfield is generally diligent, but she has exhibited independence and commitment in her Audit Committee assignment. After the Council’s annual reorganization, she became that committee’s chair overseeing several audits. Those reviews have found issues that, had they not been caught, could have cost the city dearly. More of that please! Vote Whitfield. 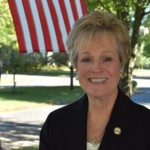 In a Council that has become increasingly hostile to the mayor—even as councilor disagree on why—Kateri Walsh has almost become mercurial. That’s not quite right, though. Over her time in city government she has developed her own brand. It is distinct from the independence we fete in others, but it is independence. We need that from as many councilors as possible. Add to that, as dean of the Council and the only holdover from the pre-ward representation era, she brings useful institutional memory. Another term for Walsh.

Aside from one candidate, we see value in the whole at-large field. But we need two things in our last choice for Council: independence and a capacity to win. There are candidates who definitely have the former and not the latter. It is a terrible commentary on our political system that good qualified candidates are sidelined for lack of cash. Normally, that wouldn’t stop our endorsement, but the urgency of this moment mandates that we turn to a candidate who has the capacity to win.

Once again independence is why we have settled on Kelli Moriarty-Finn. In the two years she has been a political figure in Springfield, we have become convinced that she will bring that to the body. We suspect, indeed, we are certain not every vote she will cast will meet with our approval. That’s fine. What we want is thoughtful engagement on the Council, not kneejerk reactions or blind fealty to the man behind the curtain. Her persistence is a virtue. A councilor willing to take the extra time and dig deeper and question the facts before them is always welcome. Thus, we urge voters to welcome Moriarty-Finn to the Council. 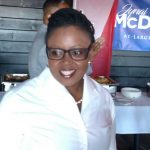 This race pits community activist Jynai McDonald against state legislative aide Malo Brown. We have no specific quarrel with Brown, but his promise of greater city-state synergy may be impossible under state conflict of interest laws. Absent that, McDonald pulls away as the superior candidate.

We endorsed McDonald as an at-large candidate in 2017 and she remains an impressive and committed advocate for her community. These virtues will be welcome at 36 Court Street along with a depth of experience in workforce development, labor and, most notable, bridging gaps between City Hall and the community. In additional to bolstering the Council’s ranks of women, McDonald will provide a passionate and articulate voice on the Council. We urge her election 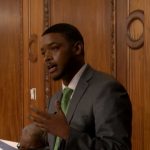 Incumbent Councilor Marcus Williams faces challenger Edward Green this year. From the nearest we can tell, Green’s campaign is minimal, leaving little to judge. Williams has, however, dived into his position with abandon. Thought he and his uncle, now-Rep Bud Williams, overlapped in the previous term, Marcus Williams quickly distinguished himself as both his own person and determined. He has noisily advocate for one of the city’s further-flung wards without hurting the Pine Point and 16 Acres neighborhoods he represents. There is no cause to oust him, but rather many reasons to retain him. Another two years for Marcus Williams.

Few races have presented so great a conundrum. At-large Councilor Timothy Ryan has stepped down to run in this race against community and neighborhood activist Victor Davila. There is no denying that Ryan is one of the Council’s cannier members. Yet, Davila is no less committed, having led the Forest Park Civic Association of late and a number of community political organizations (among them the Ward 6 Democratic Committee, on which he serves with our editor-in-chief). There is no bad decision here but we go with Davila. The reason is this: in addition to diversifying the Council, Davila has shown grit. He has clawed his way from previous municipal defeats to focus on the Forest Park-centered ward to make the race a coinflip. That conviction and insistence assure us he will do well and wins Davila our support.

*Disclosure: WMassP&I editor-in-chief serves on the Ward 6 Democratic Committee alongside Davila, Lederman, Walsh. WMassP&I’s reporting on all of these candidates predates the periods our editor’s membership overlapped with theirs.