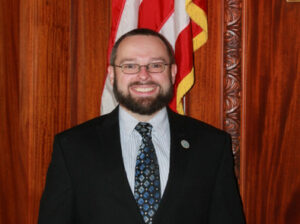 When incumbents start a new term, they often shift their staff. For the second new term in a row, Domenic Sarno is changing his comms staff. Both this time and four years ago, however, it was not entirely the mayor’s decision. In 2015, James Leydon moved on to Hampden District Attorney Anthony Gulluni’s office. This time his comms person is leaving under something of a cloud.

On Friday, Sarno’s office announced in a release that his communications director Marian Sullivan, had resigned. Her departure came a month after her epic meltdown at MGM which included a minor, but vivid rampage. Initially, Sarno had put her on paid leave, but Friday’s announcement confirms her exit and replacement with the mayor’s constituent services director, William Baker.

In placing Baker in the comms job, Sarno has basically reverted to form for picking his comms chiefs. Sullivan’s predecessors, Thomas Walsh and Leydon were both Sarno constituent services directors before ascending to the communications role. Sullivan, whose political and communications experience was limited to brief stints with, ironically enough, MGM, broke this precedent.

In the early morning hours of November 17, Sullivan was arrested by Massachusetts State Police following her tirade at MGM. Sullivan allegedly vandalized the Cal Mare restaurant and vehicles in MGM’s garage. Casino security and the Staties, who patrol the inside of the casino, initially tried to give her a summons, but circumstances escalated to the point that MSP booked her at the State Police barracks on Liberty Street. 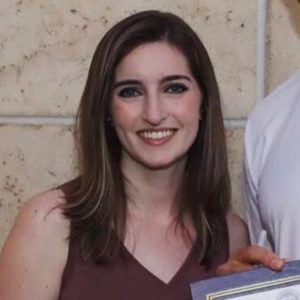 At first the mayor’s office played the situation down, but The Republican later printed details from the full police report. This included Sullivan’s efforts to communicate directly with MGM president Mike Mathis and Police Commissioner Cheryl Clapprood. It is not clear how or if Clapprood took action, although the paper reported that a Springfield officer went to the barracks and left after interacting with MSP.

Because the event happened in a casino, under state law the Attorney General and not the District Attorney is handling Sullivan’s prosecution. A plea deal seems likely.

As reported, the situation presents a host of complications, including potential ethics violations depending on how city officials acted on Sullivan’s behalf during her arrest. Those who know Sullivan also worried that lingering in the public eye could make her own rehabilitation impossible.

Hence her resignation. Baker, who has served in the mayor’s office since 2012, now has the job. Prior to working for Sarno, Baker served as a State House aide to incoming at-large councilor and former rep Sean Curran.

Darryl Moss, currently the mayor’s communications deputy, will take over constituent services. He has been in Sarno’s office since at least the latter’s swearing in. As Deputy Comms Director, Moss and Sullivan’s predecessor, Leydon, convinced the mayor to abandon resistance to modern communications and developed the city’s social media’s channels.

The mayor’s release does not explicitly state the deputy comms position will go unfilled. However, Sarno is taking on Molly Shea as a mayoral aide. According to the release, she has a marketing background.