In Springfield, Walking in a Frozen Hellscape Wonderland… 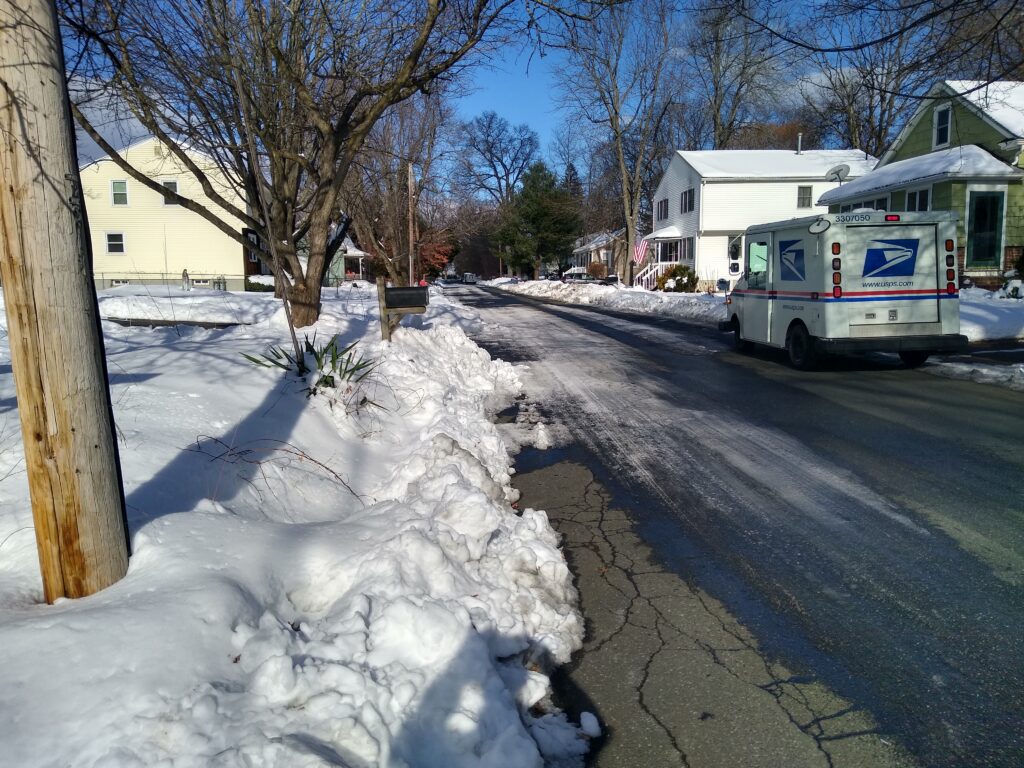 SPRINGFIELD—It is a ritual that comes every couple of snow seasons. Following a hefty blanketing of snow, the plowing is inadequate, residents complain, councilors hold a hearing and Public Works pleads extenuating circumstances.

With 36 hours of snow amounting to about 13 inches last week, the cycle returned. This storm drew particularly intense jeers this time around and tough questions from councilors. Even Public Works czar Chris Cignoli, who emphasizes parking bans in the press, partly admitted the city fell short this time.

“We’re not even in the winter season. There’s going to be a larger issue if more snow like that falls,” Williams said at one point.

While some problems were due to parking ban violations, the inadequacy of plowing was apparent. Many streets degraded to no better than dirt roads as snow packed down and melted into perilously uneven terrain. Warmer temperatures and rain only arrived today, which will hopefully melt some of the worst hazards.

“It’s practically impassible at this time,” one resident said of Garfield Street in the city’s Forest Park.

Aside from mangling suspension, residents and councilors reported children and more than a few adults slipping and falling on roads.

More than a few individuals pointed how much better conditions seemed to be in virtually every other community, including not-exactly-wealthy places like Chicopee.

“The same snow that we’re getting in Springfield, Longmeadow is getting, Yolanda Cancel, recently a candidate for mayor, said. “Whatever they’re doing, they’re doing correctly.”

Councilors posed this to Cignoli, too.

“In every other community,” at-large Councilor Kateri Walsh said, recalling residents’ observations, “we don’t have a problem.” In the past, the temperature of these hearings could melt ice. Cignoli, who was appointed DPW Director in 2014 following Al Chwalek’s retirement, often lay much of the blame on the failure of residents to abide the parking ban. This time, he still identified cars on the streets as a problem. Unlike most neighboring communities, Springfield does not have a total parking ban after snowstorms.

However, he seemed to concede more failures than usual.

“The ones we got to early are in very very good shape,” he said. However, he acknowledged that those roads plowed later did not pass muster.

Even on parking bans, Cignoli admitted the city had failed to maximize their value. While partly attributing the problem to the length of the storm, he said the city did not plow the banned side of some streets.

Likewise, Cignoli told reporters that the city has not been able to hire as many plows as it needs. That was not a financial issue, however.

He told councilors that the while the storm consumed a quarter of the city’s $1.6 million snow budget, he made that observation just to convey the scale of the storm. Should the city exhaust those funds it can deficit-spend its snow removal account. Until a few years ago, this operation required council approval, but state law has changed. Municipalities can now deficit-spend without going to their legislative bodies.

As for comparisons to other communities, beyond the parking ban, Cignoli said Springfield had nearly four times the “lane-miles” of its closest peer. Springfield has 1100 miles of lane miles, he said, while its neighbor to the north had 300. He argued that pre-treating residential streets could be useless in a storm the size of last week’s—the city does pre-treat arteries and hills. 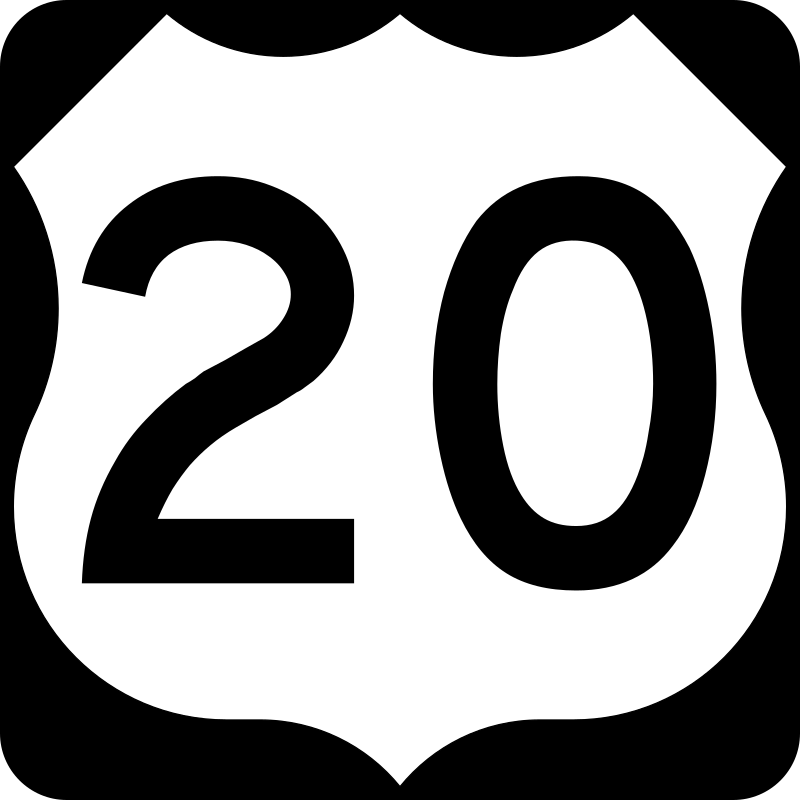 State road? LOL! You’re on your own, Springfield! (via wikipedia)

Springfield also plots several state roads like Routes 20, 83 and 116. In all other communities, the state maintains those.

Speaking to WMP&I, Cignoli said that a web of arrangements between Springfield and MassHighway govern who maintains what. For example, many city bridges are actually state property, but the city plows. That makes sense from an efficiency standpoint.

State help on at least some of its own routes may not hurt, though Cignoli said procuring state help is easier said than done. Perhaps some with power could lend a hand when the state tries to plow Springfield in with more responsibility.

Still, these explanations, however truthful, were not particularly satisfying. While the annual expense of contracting out snow removal is not necessarily an issue, the city’s tight budget has other impacts. Nearly all city employees driving city equipment work year-round in some capacities, but there’s less room in the budget for year-round workers. That means less city workers beyond the wheel of city equipment. The rest get contracted out.

Despite the intensity of the response from residents, councilors seemed interested in answers more than heads on pikes. Spats have erupted in the past and there seemed to be a desire to avoid going to war with Cignoli. At-large Councilor Jesse Lederman called for more communication with residents and Williams even asked Cignoli how councilors could help him improve snow removal.

As he closed the hearing Williams emphasized the short-term need to make streets and sidewalks safe for kids. He promised more hearings as the snow season moved on.

Obviously, the conversation must continue. There was some suggestion that this storm was the fourth most difficult to manage since the 1940’s. The timing may have been hard, but not insurmountable. The solution may require some innovation from both DPW and the Council.