Briefings: After 20 Years in Springfield Politics, It’s Tosado-ver & Out…

UPDATED 1/29/20 2:11PM: To include announcements for the seat and Tosado’s public confirmation of his retirement. 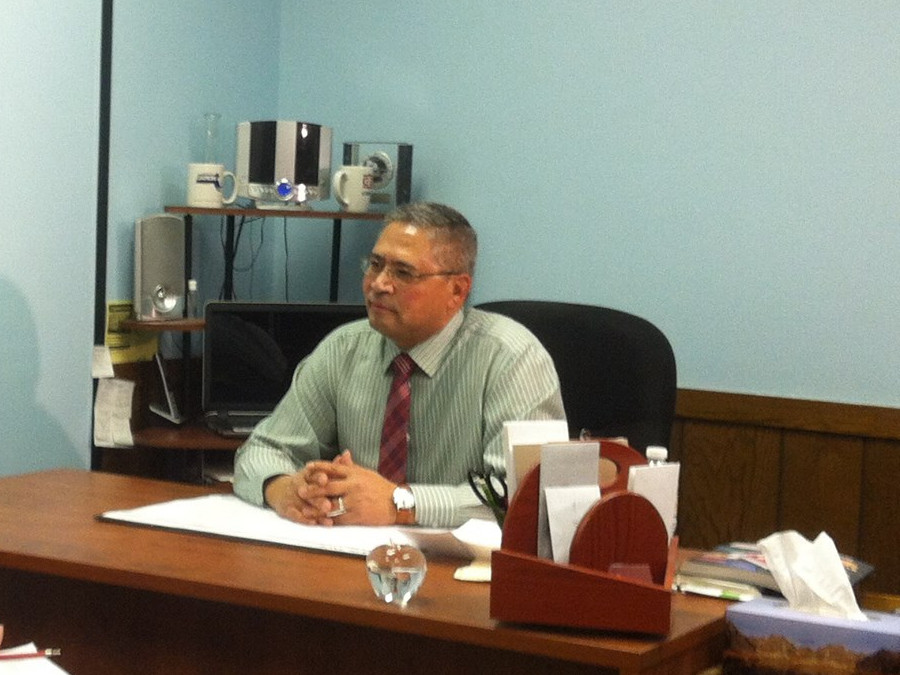 Running for another term? No way, Jose. (via Facebook/Tosado office)

Retirement fever has spread from Holyoke to Springfield.

This week State Representative Jose Tosado is expected to announce he will not seek reelection. According to a draft press release WMP&I has reviewed, the three-term rep and former city councilor will conclude his 20-year career in Springfield politics this year.  The former social worker’s career has spanned one of the most transformative and tempestuous eras in Springfield history.

On Wednesday,  morning Tosado released his retirement announcement to the press.

According to the draft and final releases, Tosado says he felt it was the right time to retire and grant younger leaders a chance to represent the district. He also reflects on public service, which he describes as the “most noble of professions,” noting his military service and career in public health as a civil servant.

Tosado, 66, had made a somewhat unexpected return to politics in 2014. Three years before, he unsuccessfully sought the mayoralty after a decade on the Council. He fared significantly better in his comeback bid the seat now-City Councilor Sean Curran had been vacating. Tosado topped a field that included School Committee member Peter Murphy and labor luminary Ed Collins. The victory was notable given the middling record of councilors past and present winning legislative seats.

The release does not go into detail, but it indicates family considerations factored into his decision to retire. Tosado and his wife Irma retired from teaching some time ago and the couple have three adult  children and grandchildren.

Though he has been honored to serve, in his statement, he said “I must place my family first and foremost and so as a family we have decided that now is a good time to ‘Call it a day.'”

In addition, the draft announcement, the Springfield Democrat thanks family, friends and legislative staff, namely his aide Marvenia Shubrick, for their help over the years.

The 9th Hampden District includes the Atwater Park, East Springfield, Sixteen Acres and parts of the Indian Orchard and Pine Point neighborhoods of Springfield and a precinct in Chicopee. 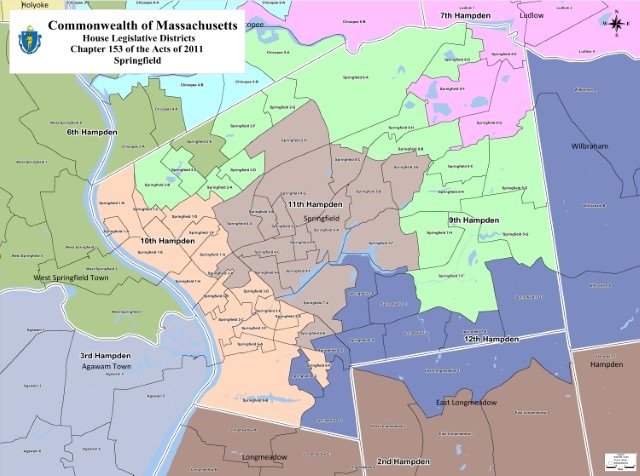 Tosado’s 9th Hampden District (in bright green) runs along the city’s north side and into 16 Acres. (via malegislature.gov)

The Springfield rep was not immediately available for comment. However, a source in his office confirmed his retirement plans. In addition to his release this morning, Tosado has confirmed the new with other outlets.

“I’ve been working since I’ve been nine years old and I think it’s time to start enjoying time with my family,” he told WAMC’s Paul Tuthill.

After a stint on the city’s Police Commission, Tosado was elected to Springfield School Committee in 1999. He unsuccessfully sought a seat on the then-entirely at-large City Council in 2001. After the election that year, the not-yet-reviled mayor, Michael Albano, appointed Councilor Brian Santaniello to the Election Commission. As the unsuccessful candidates with the most votes, Tosado took Santaniello’s spot, becoming the city’s first Latino councilor.

There Tosado would remain until his mayoral run. He often placed first in the at-large race and served throughout the Control Board era. During his later tenure as Council President, he led the body during its restoration of ward representation. Tosado also became a critical vote that flipped in favor of repealing the special permit during the biomass wars. 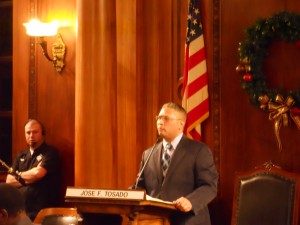 Before his election to the State House, Tosado worked as a senior manager for the state Department of Mental Health. Not surprisingly, he found a home on the legislature’s Joint Committee on Mental Health, Substance Abuse and Recovery. He is currently that body’s vice-chair, where he has advocated for mental health programs.

He also serves on the House Ways & Means Committees and the joint committees on Financial Services, Housing and Ways & Means. Among the bills he has sponsored legislation that would have allowed municipalities like Springfield enact and enforce anti-foreclosure ordinances.

The race to replace Tosado could be very competitive. The district’s roots are generally understood to be in the Atwater Park-East Springfield belt in the north. That was before redistricting following the 2000 Census mashed it into a district once anchored in the Acres. Consequently, it has historically served the city’s Irish population in and around Hungry Hill.

Today it is much more diverse. Yet, voting behavior among populations being what it is, the race probably does not tilt toward one demographic or another compared to other districts in Springfield. Several city councilors are residents as are other ambitious would-be pols, including some that opted not to run for the open seat in 2014.

“Frankly, I’ve already received at least two phone calls from potential candidates for the seat,” Tosado told WAMC. But he was not prepared to endorse anybody yet, “my body’s still warm,” he joked.

On Tuesday morning, Ward 8 City Councilor Orlando Ramos said he would seek the seat. His announcement was swiftly followed by the announcement of Springfield at-large School Committee member Denise Hurst. Neither have formally converted their municipal campaign accounts to run a state race, yet.

With Tosado’s retirement, Hampden County could host as many of three open rep races. Holyoke’s Aaron Vega confirmed his retirement to WMP&I Monday and followed up with a public announcement Tuesday. If Westfield State Rep John Velis is successful in his bid in the special state senate race in his neighborhood, that House seat, too, will be open in 2020.