Despite Outbreak, an Expansion to Remind People about Local News… 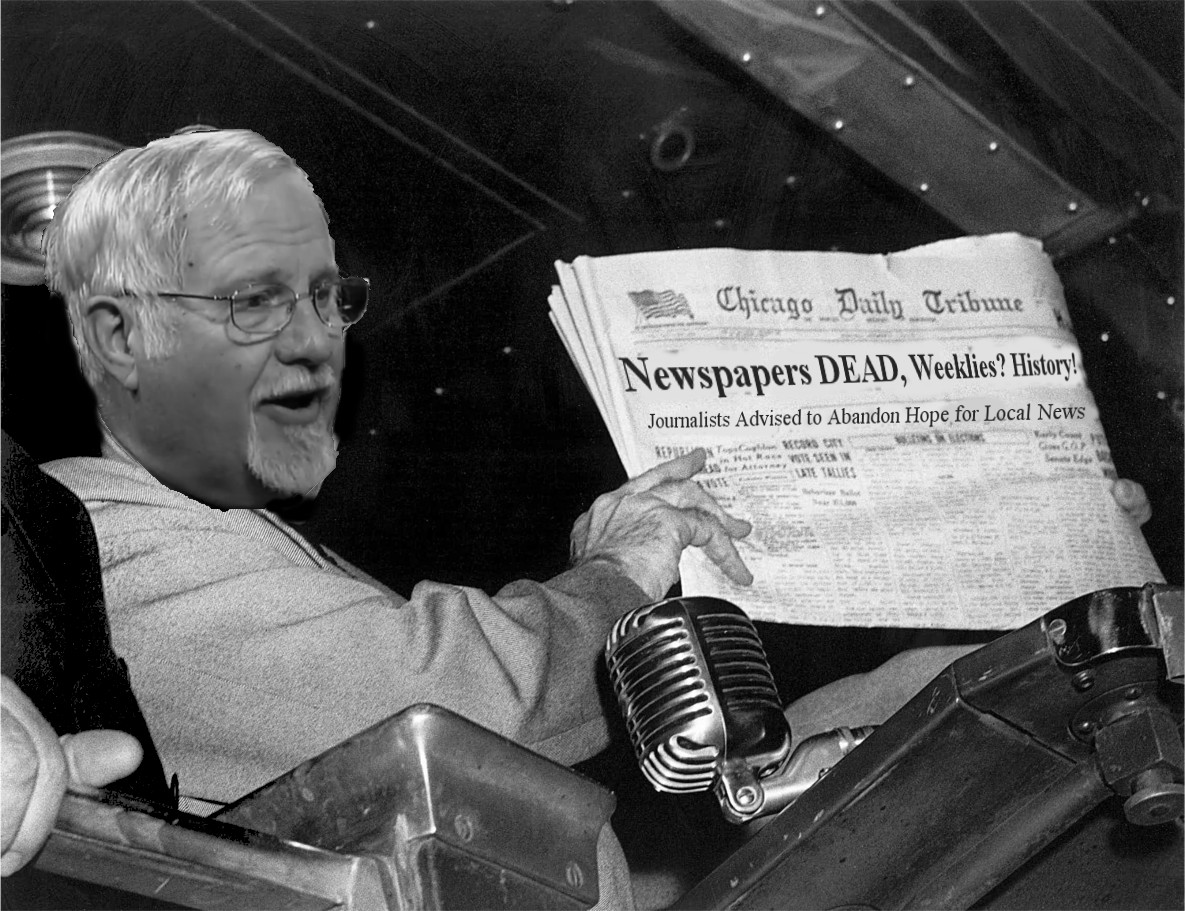 Rather than find a new model, some newspapers may be getting ahead of themselves. (created via Wikipedia & WGBY/NEPM images)

Shutdowns much of the nation underwent—if sometimes halfheartedly—to counter the novel coronavirus punched the ailing media industry in the gut. Closed businesses do not advertise, exacerbating the preexisting online flight of ad dollars. If the industry was reeling before, a pandemic would be an awful time for an outlet printed on dead trees to expand, right? Wrong.

This month Reminder Publications began distribution of an Easthampton, Southampton and Westhampton zoned edition of its flagship weekly, The Reminder. Under the aegis of its Westfield area publications, the expansion includes dedicated staff and local reporting. Along with additional news coverage are advertising space for the businesses of an evolving community in Hampshire County.

“Nobody has done a better job writing their own obituary than the newspaper industry,” G. Michael Dobbs, managing editor for Reminder Publications told WMP&I.

All media is having trouble. Many have cut content to stay afloat, but that exacerbate revenue problems downstream. The Reminder has been successful in the lower Pioneer Valley and its model anchors the expansion to the ‘Hamps sans Noho.

“In our particular case, we’re filling a void,” he said in an interview, “and that void is an advertising void for smaller businesses.”

So far, The Reminder is making money doing it. 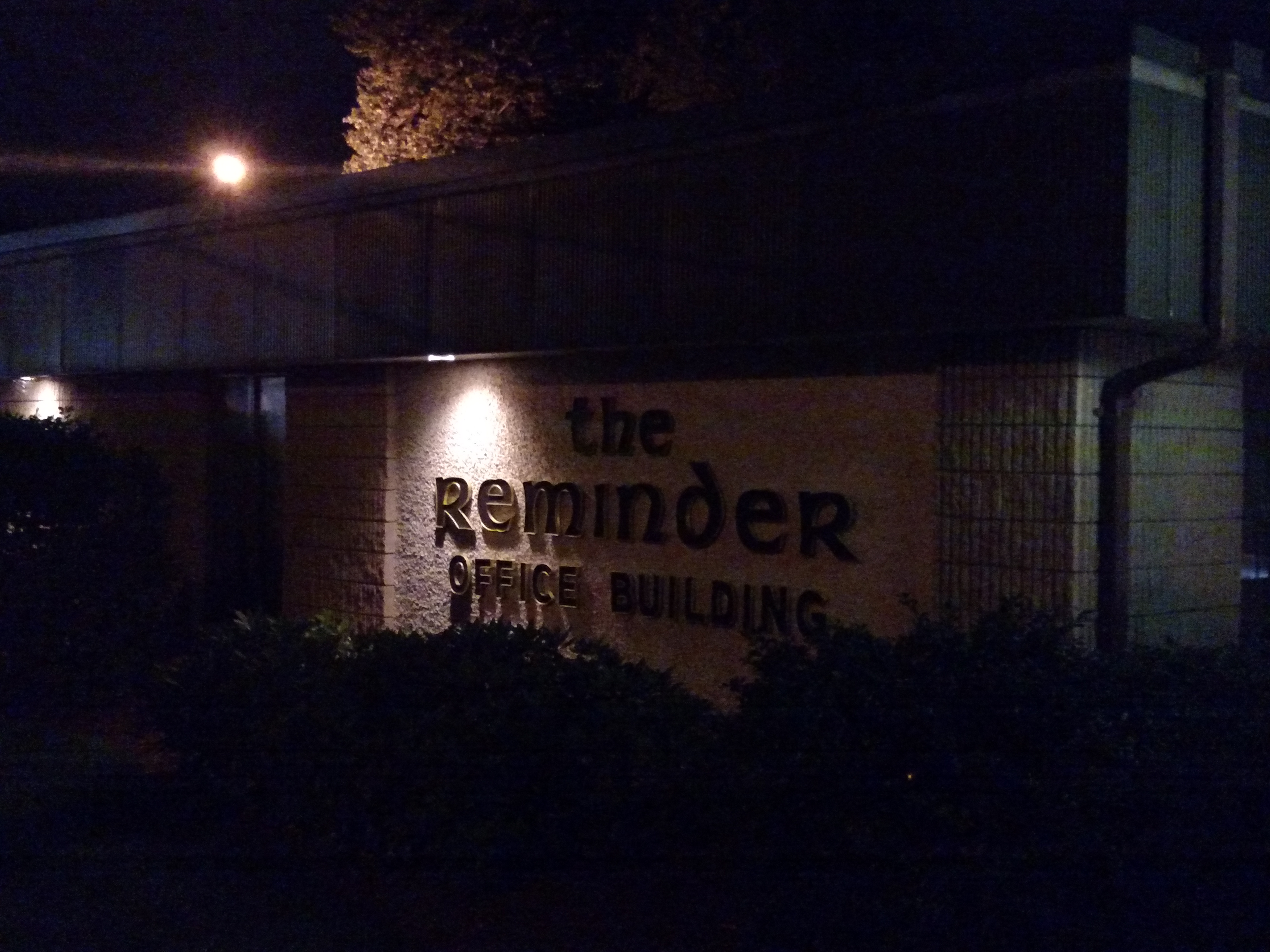 In 2019, Reminder Publications absorbed The Westfield News Group and its Pennysaver and Westfield News. This included the Longmeadow News and Enfield Press, which both folded earlier this year. The closures were described then as part of pending expansions.

As of the first week of July, the Easthampton area was The Reminder’s newest zone.

“It’s been a while since we’ve had a dedicated media outlet,” said Nicole LaChapelle, the mayor of Easthampton.

In a phone interview, LaChapelle said television coverage from Western Mass News, née WGGB/WSHM, and WWLP flagged after local ownership ended. Masslive, which has its own newsroom but also serves as The Republican‘s online alter-ego, has looked Worcester-ward for expansion.

The arrival of an outlet with a specific eye on her community would have been welcome under any circumstances.

Easthampton has experienced a boom of sorts, partly as an alternative to pricier Northampton. In recent years, Downtown Easthampton has teemed with new businesses. Meanwhile, the city’s easy access to Holyoke and Northampton attracted young families and new residents.

However, the mayor said, reliable, fact-checked updates about local happenings can be hard to find.

COVID-19 has made disseminating local government info even more critical. The city utilizes Facebook and social media and has considered expanding such use, but not everybody is on them. Moreover, social media’s impact can pale in comparison to an independent outlet on the local level.

“In a time where I’m really struggling as a mayor to communicate out such important information as well as when you can get meals or services from the Council on Aging in Easthampton, it’s just a great time,” she explained.

“There was a want for it and honestly there is a need for it now,” LaChapelle continued, referring to the added coverage.

COVID closures aside, Easthampton City Hall now has more eyes on it. (via easthamptonma.gov)

Since the demise of the Holyoke-based Transcript-Telegram, the Daily Hampshire Gazette, based in Northampton and owned by Concord, New Hampshire-based Newspapers of New England, had been her city’s principal news outlet.

Stories about Easthampton do appear on the Gazette’s website regularly. However, the paper’s office in town is no more and it now covers a larger area with fewer staff.

Brooke Hauser, the Editor-in-chief of the Gazette, declined to comment on her paper’s coverage of Easthampton and the new competition.

Still, The Reminder has an entirely different model than dailies like the Gazette or The Republican.

The key is The Reminder’s zoned editions. The model relies on smaller businesses that want to connect to local engaged audiences both in zoned editions and across the network of papers. Although stories regularly appear online, the weekly schedule provides time to assemble and prioritize local stories.

There is some indication this Reminder coverage fills gaps in other Advance properties in the 413. However, that seems to be less the case in Easthampton.

The Reminder has assigned staff to report for the edition. Assistant managing editor Chris Maza’s oversight of Westfield area publications will expand to include the Easthampton edition. Part-timer Dennis Hackett will become full-time and the paper hired Angelica Core part-time to head Easthampton-area coverage.

“The goal is to always have dedicated reporting staff to these editions,” Dobbs said, noting the importance of staff on the ground, developing this new beat.

On the advertising side, local and hyperlocal news can provide value to advertising even Facebook and Google may not. Dobbs said that local news about schools or town affairs remains attractive advertising vehicles for many small businesses. People discount community newspapers, he said, until they buy a house or have children to send to school.

“That’s where we step in because we’re the ones reporting on that,” he said.

This was true under prior ownership, but Advance’s purchase bolstered the free delivery process via The Republican’s logistics. Fran Smith, Reminder Publications general manager, sought to expand The Reminder’s footprint. Zoned-editions may replace The Republican’s Extra nonsubscribers receive or appear as an insert for subscribers of the daily paper.

Distribution from news racks occurs, but mostly in dense cities like Holyoke or Springfield. The Chicopee Herald, following a three-year disappearance, is delivered in that city. It is among the largest free weekly distributions in the area, Dobbs has said.

The sturdier delivery program bolstered advertiser confidence. That made expansion to Easthampton—and another as yet unannounced region—viable.

Mayor LaChapelle said she heard of The Reminder’s interest in May and met with Dobbs and others the following month. She said tying Easthampton with Southampton and Westhampton made sense given the regional “synergy” among residents and businesses in the three towns. Plus, those businesses have their own messages to get out amid the pandemic.

“You’ve got the secondary opportunity where a lot of small businesses have pivoted,” she said.

Whereas news about or ads from a business could slip into the social media memory hole or become a one-day story in a daily, the weekly format spreads things out. That could assist local entrepreneurs explain how they have adapted to COVID-19 and reopening.

“That provides a great venue about who’s doing what on a business level,” she said.

The Reminder has not been immune to the pandemic’s economic impact. Its ad sales took a hit amid business closures. Like many Advance properties, Reminder Publications instituted furloughs equal to several days, but none converted to layoffs.

After 20 years with Reminder Publications, which retains its East Longmeadow headquarters, Dobbs says being in Advance’s corporate family tree has not changed his newsgathering perspective. He considers corporate siblings Masslive and The Republican to be rivals just like the Daily Hampshire Gazette.

“There’s going to be a competition for readers and advertising dollars,” he said. “Competition can make you better. You don’t take things for granted.”