UPDATED 7:26PM: To reflect a correction. A prior version of this post incorrectly identified the lockup involving Bigda as being in Wilbraham. It was in Palmer. 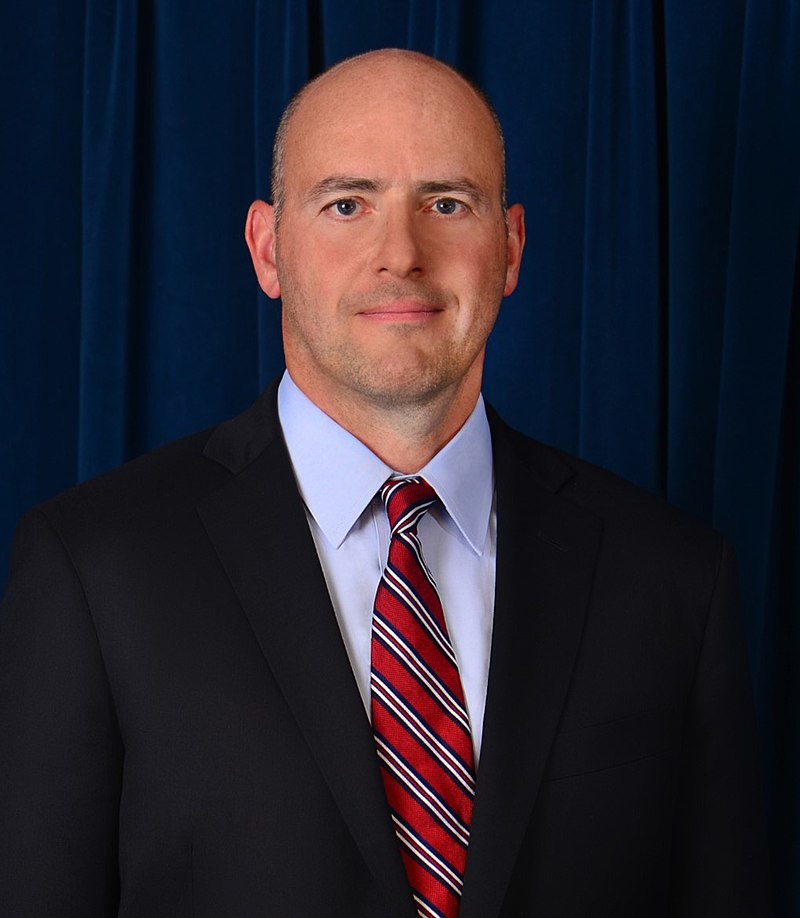 In Lelling we trust? (via wikipedia/DOJ)

Earlier this month, the Justice Department report on the Springfield Police Department landed with a loud thud. Not only did it document a culture of impunity in Pearl Street’s Narcotics Bureau, but it underscored the ineffectualness of supervisors’ oversight and of the Internal Investigations Unit (IIU).

This report is partly work of Andrew Lelling, the United States Attorney for Massachusetts. His office, among the few USAOs with a civil rights unit, and the Justice Department’s Civil Rights Division in Washington developed the report. Lelling’s office has also charged Springfield cop Gregg Bigda for criminal civil rights violations. Now the hard work begins of developing a settlement with city officials to reduce, if not halt constitutional violations and establish procedures that impose accountability.

“The Springfield pattern or practice investigation of the police department there is right now the only one in the United States that the Justice Department has authorized,” Lelling said in a recent interview. The current administration has started no others.

“And that’s partly due to the fact that with me working with the civil rights unit here, we were able to put together a tight and convincing presentation for DC about why this case should be opened,” he added.

The report found serial violations of Fourth Amendment rights, rampant excessive force and a culture of impunity that Springfield Police brass—whether inadvertently or not—did not curtail.

The investigation “identified evidence that Narcotics Bureau officers repeatedly punch individuals in the face unnecessarily, in part because they escalate encounters with civilians too quickly, and resort to unreasonable takedown maneuvers,” the Justice Department report says.

It continues, “This pattern or practice of excessive force is directly attributable to systemic deficiencies in policies, accountability systems, and training.”

The Batcave! Err, the US District Courthouse in Boston where Lelling’s office is located. (via wikipedia)

Unlike some US attorneys, Lelling has achieved national profile in more conventional ways. His office led Operation Varsity Blues which led to indictments of several celebrities for defrauding the admissions process to get their kids into high-end colleges.

Lelling has also rankled many Bay Staters. He charged a state judge with helping an undocumented immigrant evade seizure. Nor does he hide his ideological lights under a bushel. He notes his membership in the Federalist Society, a conservative legal group, on his DOJ biography.

However, he is a career Justice Department official.

A graduate of Binghamton University and the University of Pennsylvania Law School, Lelling became US Attorney for Massachusetts in December 2017 after Senate confirmation on a voice vote.  That means there was no objection, including from the commonwealth’s senators. For over ten years, he was a federal prosecutor under US Attorneys that presidents of both parties appointed.

While he never worked in the Massachusetts civil rights unit, Lelling was counsel to the Assistant Attorney General for Civil Rights under George W. Bush. That exposed him to investigations such as the one just concluded in Springfield. Before that he was in private practice.

Though related, the civil rights investigation is separate from the prosecution of Bigda. 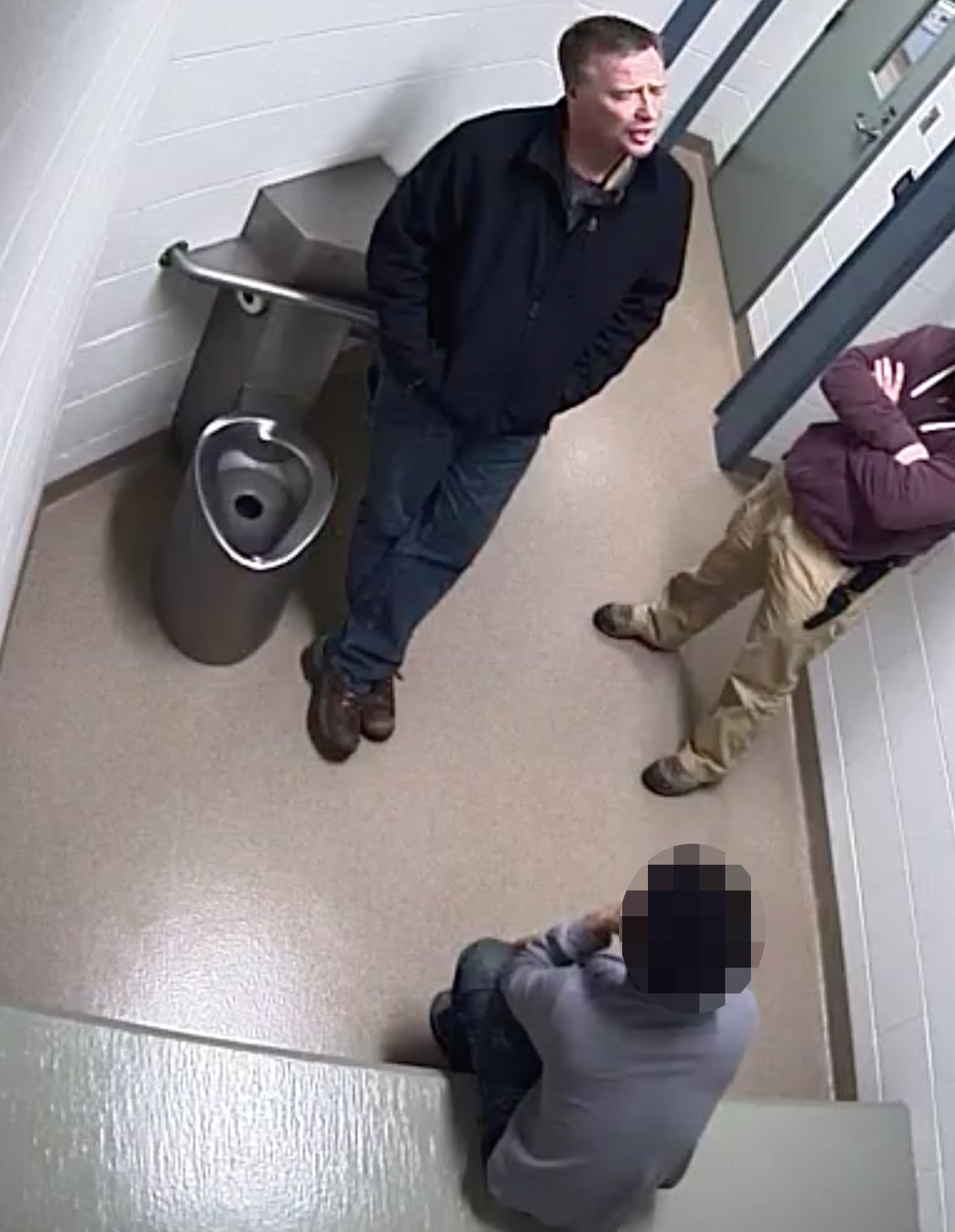 A screenshot of Bigda’s “interrogation” of minor suspects in 2016. (via Twitter/@Masslivenews)

“They’re completely separate,” Lelling said. “Our pattern or practice investigation of the Police Department doesn’t deal with individual officers. It deals with the Narcotics Bureau, and to a lesser degree the whole department—as a whole, as a unit—and looks for patterns over time.”

Bigda’s case is ongoing and he remains innocent until proven guilty.

The report is the Justice Department’s position on what is amiss in the Springfield Police Department. It is not a legal finding, but it will frame the feds’ negotiations with the city.

Throughout the interview, Lelling took pains to not paint all of Springfield’s Finest as flagrant violators of the Constitution. For example, though Lelling wished Narcotics Bureau officers had spoken to his office, he understood why they did not. He had seen this in investigations elsewhere.

“They don’t want to volunteer to sit down with you. There is this criminal prosecution of one of their members going on in the background, in the Bigda case,” he said.

“I wish they had,” Lelling added, “because it was just a deep inner understanding of what it’s like to be a cop on the street in Springfield, and that’s obviously something that we should know.”

What seemed to floor the US Attorney the most was the abject inadequacy of recordkeeping for use of force. Rightly or not, Lelling said, urban departments policing working-class populations will encounter violent situations.

However, he added, with that must come accountability and transparency. Officers must report use of force and supervisors must oversee reporting for completeness and accuracy. For example, the report observes that Pearl Street did not require officers to write-up “hands-on” force. Only if officers used a tool—like a baton or pepper spray—on a suspect was a report necessary.

If such force is documented and later found excessive, supervisors need to mete out sanctions. Lelling expects this to be key during negotiations with the city.

“That’s the deal you make if you’re a police officer. On the one hand, you were authorized to use deadly force against civilians as part of your job. That’s a tremendous amount of authority and power that you’re given,” he said. “On the other hand, there has to be transparency and accountability.”

Lelling stressed his belief that bad faith on the part of officers was broadly not an issue. The report savages IIU, but he attributes that to insufficient—or nonexistent—training, procedure and policy.

At the Narcotics Bureau, however, there is a broader culture of impunity. In addition to using excessive force, the report found Narcotics Bureau officers often failed to identify themselves—many operate in plainclothes—likely escalating arrests that could have ended differently. Indeed, courts have rules that plainclothes officers have a higher bar to clear before resorting to force.

This culture, combined with the lax oversight and pitiful reporting requirements, became a toxic brew.

Following the report’s release, Police Commissioner Cheryl Clapprood has said many of its recommendations were underway. Still, the Justice Department will want more assurance. 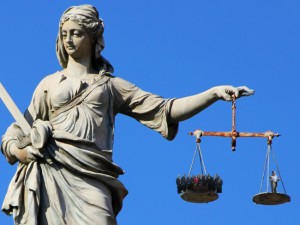 A legal dispute within city government may not affect the feds’ stance on reforms. (created via wikipedia, Spfld City Hall & WMassP&I images)

The negotiations process could take months. In Lelling’s office, career staff will take the lead and brief him. He and the national Civil Division will approve any final settlement. Should Lelling not remain in the office after the election, he doubts any interruption in the settlement process will occur.

The ongoing political disagreements between Mayor Domenic Sarno and the City Council should not slow things down either. In Lelling’s experience, city councils or police unions can complicate these negotiations, but that is not the rule.

Lelling said the negotiation focuses on how the department itself operates. Its top leadership is less important than abandoning the “clunky” process for handling credible misconduct allegation and identifying and following through on clear sanctions for violations.

Similarly, the DOJ had little opinion of the mayor’s Community Police Hearing Board (CPHB). The report takes no strong position on the virtue of that panel.

Mayor Sarno making an appointment to the CPHB in 2016. DOJ’s thoughts on CPHB? In short, meh. (WMassP&I)

Regardless of how negotiations play out or whether Lelling himself finished them, he has made a mark on Springfield. Along with the Bigda investigation, these investigations have been perhaps the most potent federal law enforcement interventions into city government since the end of the Albano administration.

Lelling has his eye on other prominent Western Mass institutions well beyond Springfield. His office has opened a probe into the deaths of veterans at the Holyoke Soldiers’ Home due to COVID-19. Like Springfield City Hall or the Police Department, this is a politically freighted subject.

At the start of his tenure, Lelling did not necessarily have civil rights or public corruption cases in mind. Rather, harkening back to his time as a line prosecutor working on a few cases originating in Springfield, he was thinking about other urban crime problems.

“I’ll confess I was not specifically at that time thinking about corruption, or thinking about civil rights issues, I was thinking more about drug trafficking activity and gang violence,” he said.

Nevertheless, he did bolster the Springfield office, hiring more prosecutors and naming a new area chief after his predecessor retired. Again, the original aim was not cases that has made Lelling a household name Pearl Street or 36 Court Street.

Still, this larger federal presence in Springfield and can have ripple effects, such as the patterns or practices investigation or the Bigda prosecution

“Both of which I hope will help kind of change the culture in policing in that city a little bit,” Lelling said.