Briefings: Early Morse Backers Hit the Airwaves for Him…

UPDATED 11:07AM: To include data of other third-party groups who began spending this week. 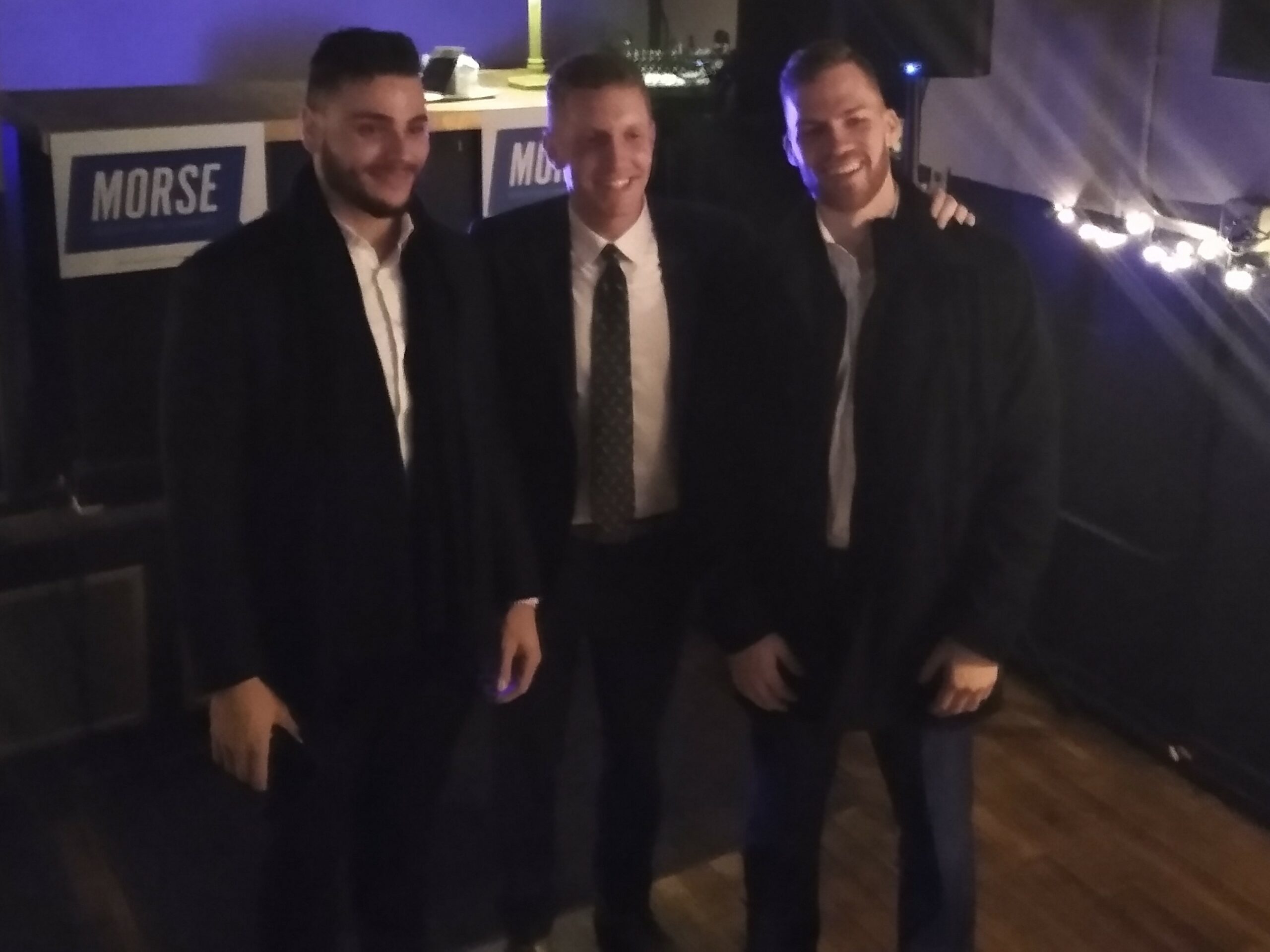 Mayor Morse, center, with a few friends in December. Now a few PAC friends are helping out. (WMP&I)

One of the first groups to endorse Holyoke Mayor Alex Morse in his quest to dislodge US Representative Richard Neal is now giving him a boost on the region’s airwaves. The Justice Democrats’ political action committee has produced a 30-second ad touting Morse and purchased slivers of air airtime in the Springfield and Albany markets. Other documents suggest more buys are on the way.

The Justice Democrats cemented their reputation after helping Alexandria Ocasio-Cortez win her primary in 2018. Since then, the group has embarked upon a crusade to install leftier Democrats in district where the party already dominates. While Neal fits the profile of incumbents the group has targeted, the Massachusetts First Congressional District is far less urban and dense than the districts Ocasio-Cortez and others won.

This is not the group’s first transaction for Morse. It gave him $1000 last year.

The ad is essentially an introductory spot. In broad strokes, it notes Morse’s early life and electoral history. It makes vague claims about his tenure as mayor, including high school the graduation rate and the economy, which others in the city have disputed. The ad closes with, “Congress could use a few more people like Alex Morse.”

To some extent, the ad uses some of the B-roll Morse posted to YouTube last week. A reel of Morse outside Holyoke City Hall on High Street clearly appears in both videos (3:35 in the B-roll).

Because campaigns and third-party groups cannot legally coordinate, in the post-Citizens United world, a phenomenon of campaigns posting such unproduced tape has evolved. Once out in the wild, third-party groups like SuperPACs can harvest it at their pleasure. Then-Senate Minority Leader Mitch McConnell famously did this during his 2014 reelection campaign. 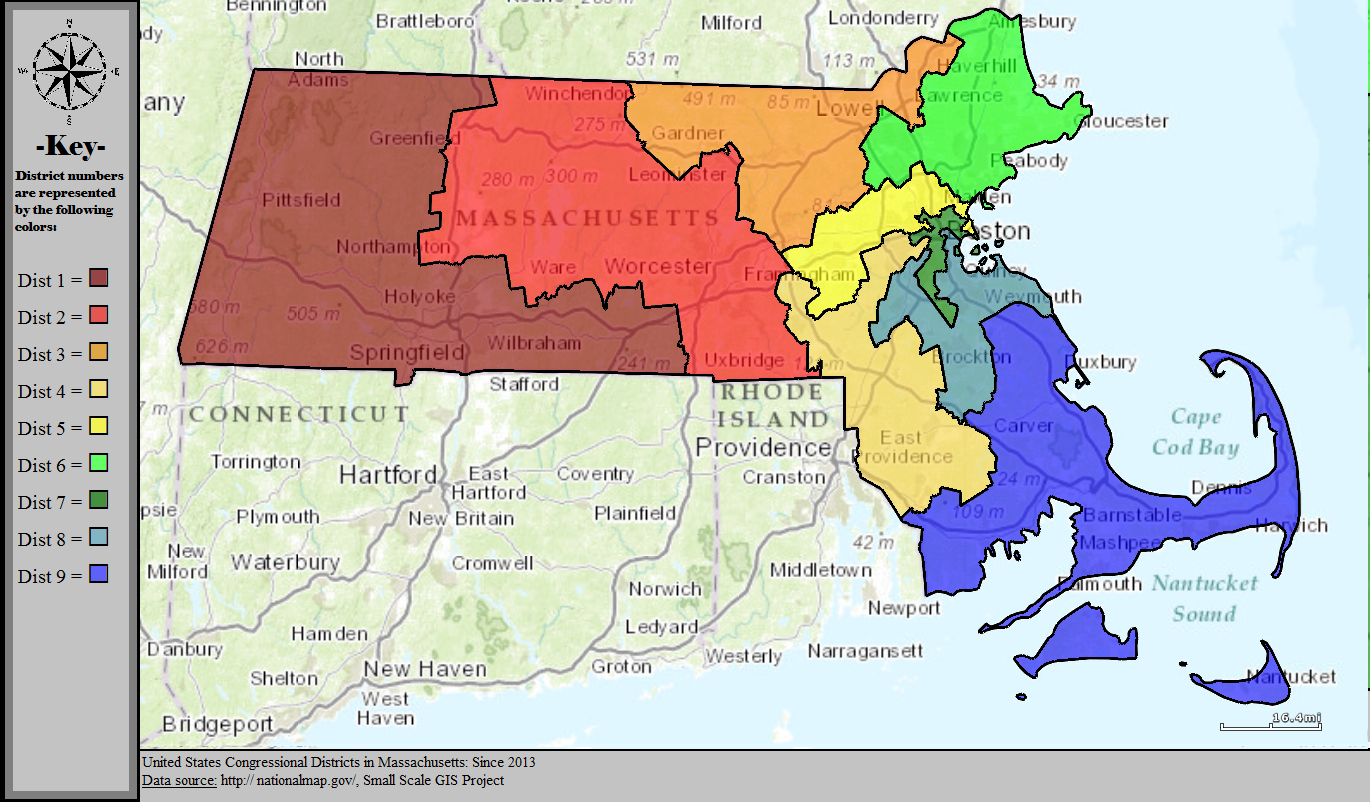 The full size of the buy is not yet clear. However, documents filed with the Federal Communications Commission show that Justice Democrats have bought a little under $9,000 in ad time. The ad will appear on WGGB and WSHM, the Springfield area’s ABC and CBS respective affiliates. Because the latter is low-powered, they share an owner. The buy runs through August 10.

Justice Democrats PAC purchased at least another $20000 in cable ad time, before commissions. Of that, nearly $14,000 was on Springfield area cable. The rest was in the Albany market. Both will run through August 16. Much of Berkshire County falls within the Albany media market.

Another filing suggests an ad contract with WWLP, the larger and far more expensive of the Springfield region’s broadcasters, is imminent.

Aside from relatively small Facebook ad buys and some mailers, most spending in the race thus far has been from the candidates and, until now, a trio of third-party groups.

As of posting time, Fight Corporate Monopolies, a dark money group, concluded its $300,000 anti-Neal buy this past weekend. American Working Families, a SuperPAC with ties to organized labor, just notified the Federal Election Commission of plans to spend another $50,000 blasting Morse. The group had already spent $121,000. FEC reports suggest it is extending some buys through August 16. A pro-Neal group, People over Profits, has spent $20,000 on radio ads.

This week, a national realtor’s PAC spent $63,000 for online ads in support of Neal.

Justice Democrats PAC did not file a notice of spending with the FEC, yet. However, its ad contracts suggest the ads began airing Tuesday.

The group has enjoyed considerable success this summer with its endorsed challengers winning in Missouri and New York. Whether it can replicate that here is difficult to know.

The group did not respond to a request for comment.