College Dems to Morse: Stay Away! Claims of Inappropriateness Surface… 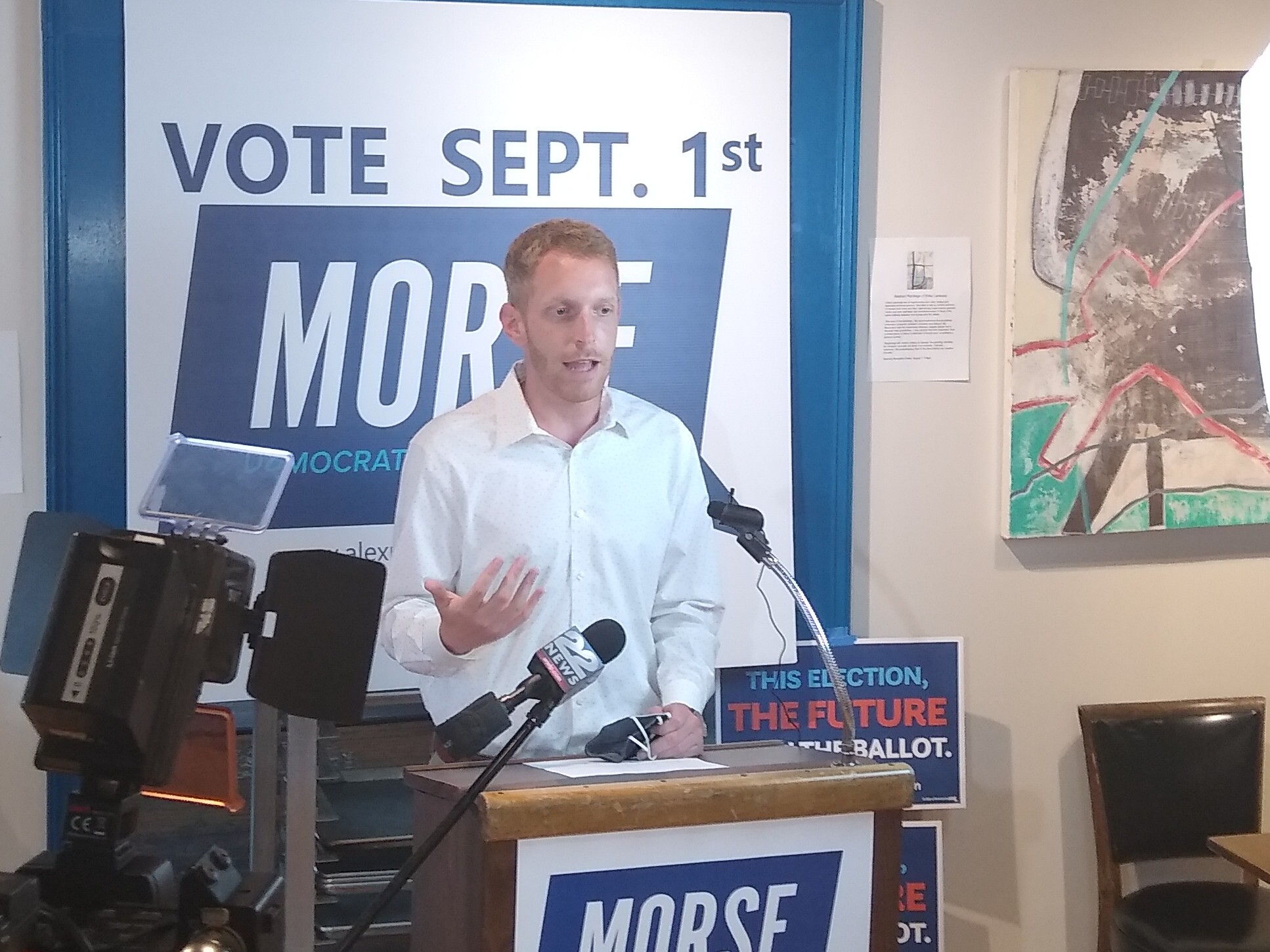 Massachusetts College Democrats and their affiliates at Amherst College and the UMass-Amherst have barred congressional candidate and Holyoke Mayor Alex Morse from their future events amid allegations of inappropriate behavior. The decision came in the form of a letter which the three College Democrats organizations signed.

Among the most serious allegations made against Morse were that he had engaged in “sexual contact with college students” at UMass and other Five College Consortium institutions. These encounters occurred during and before his congressional campaign, though there is no clear timeline. Morse, first elected mayor in 2011, had taught a political science class at UMass-Amherst.

The Massachusetts Daily Collegian, the student newspaper of UMass-Amherst, first reported the letter.

“Numerous incidents over the course of several years have shown that it is no longer appropriate to encourage interaction between College Democrats and Alex Morse,” the letter said according to the Collegian.

In addition to alleging that Morse use “his position of power for romantic or sexual gain,” the letter reportedly states that Morse frequently matched with students on dating apps like Tinder and Grindr. It also said he messaged students on Instagram. Some felt uncomfortable because of Morse’s status. 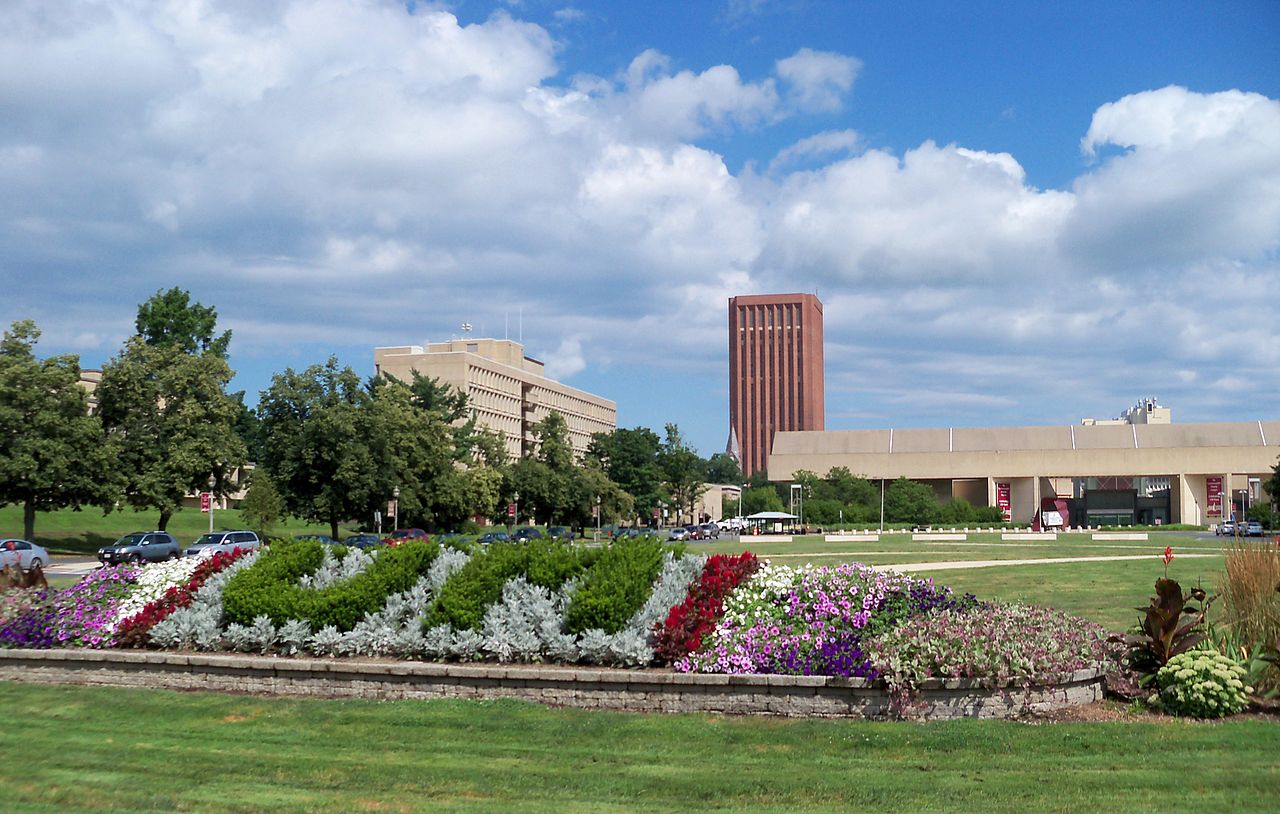 Ground zero. A view of UMass-Amherst where Morse had taught a course. (via wikipedia)

In statements to media outlets, Morse did not deny these relationships occurred. Yet, he acknowledged engaging in them presented issues given the power dynamic.

“I want to be clear — every relationship I’ve had has been consensual. However, I also recognize that I have to be cognizant of my position of power,” Morse said in statements to both news organizations.

In his statement, Morse, who is openly gay, admitted to having relationships with college students.

“Navigating life as both a young gay man and an elected official can be difficult, but that doesn’t excuse poor judgment,” his statement continued. “That’s why I want to sincerely apologize to anyone I have made feel uncomfortable.”

According to Politico, the letter went out Thursday. Morse replied in language similar to his statement to the press.

In the hours after the story became public, a number of Twitter users who attended UMass-Amherst or have ties to College Democratic organizations described knowledge of rumors about Morse. However, there was some reluctance to speak up, in part, because of Morse’s position.

On Saturday, UMass-Amherst announced it had launched an investigation to determine if Morse had violated any university policy or Title IX discrimination law. The university’s statement confirms that Morse had taught there at least once an academic year since Fall of 2014. It does not plan to rehire him.

The College Democrats of Massachusetts released a statement Sunday denying that political favoritism or Morse’s sexuality was at all involved.

A statement from the College Democrats of Massachusetts regarding our letter to Alex Morse: pic.twitter.com/3nmhzmA7of

Morse first won office by displacing then-mayor Elaine Pluta. He became one of the youngest LGBTQ mayors in the country and certain Massachusetts. Gay and lesbian pols have enjoyed success in the Pioneer Valley for years. Yet, there were far fewer below the Tofu Curtain in cities like Holyoke.

While homophobia has wafted through Holyoke’s political breezes, Morse’s sexuality has never been a defining issue there. Generally, Morse, who became the face of a rising diverse coalition, found himself in conflict with the older, mostly Irish guard that had ruled the city for decades.

Morse’s openness about his sexuality—he came out at 16 while at Holyoke High—made him a mentor to other young LGBTQ individuals aspiring to a career in politics.

His sexuality was not a defining feature of his primary challenge to Congressman Richard Neal. However, if successful, his bid would have had some historic potential. If elected, Morse would likely be the youngest LGBTQ member of congress. 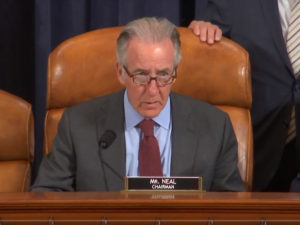 With the congressional race in the home stretch, the campaign had begun to enter a nastier phase. Both candidates have been blasting each other on the airwaves. More than a few third-party groups had joined the fray as well.

National progressive organizations, furious at Neal for various apostasies as chairmanship of the Ways & Means Committee, had backed Morse. This week, MoveOn.org and the Working Families Party backed him, joining groups like the Sunrise Movement and Justice Democrats. One ostensibly anti-monopoly group even committed $300,000 to pounding Neal on television.

A string of progressive victories over Democratic incumbents in Missouri and New York had emboldened them further. Politico reported that several groups contacted for comment had not yet replied.

Morse has given no indication he was dropping out. Earlier on Friday, after the groups sent the letter, Morse held a press conference on opioids in Pittsfield. On Sunday, he released a  new statement saying that he was not exiting the race.

While his Friday statement spoke of meeting with these groups, Politico reported that no such conversations were planned. The letter said “our organizations will be completely disaffiliating from Morse.”

If anything, according to his full statement, Morse seemed to take aim at Neal. The mayor suggested the congressman might “twist this into something it’s not to score political points, but I would caution him against indulging in old negative stereotypes about gay men.”

Neal has made no public statement since the Daily Collegian’s report. His campaign declined to comment.

In recent years, Neal has affirmatively cast himself as an ally of the LGBTQ community. He has sponsored legislation to clear out discrimination in the tax code and, while accepting of endorsements for reelection from LGBTQ groups, supported his gay son.

Morse’s Sunday statement indicated he would not begrudge endorsers who retracted their support. Most of the statement reiterated his original Friday statement. He promised cooperation with UMass’s investigation, but doubted the university would finish before the election.

However, Morse also reiterated and expanded upon the suggestion in his Friday statement that homophobia and stereotypes about gay men were playing a role in these events.