Briefings: Council Ready to Vote to Press Suit against Sarno… 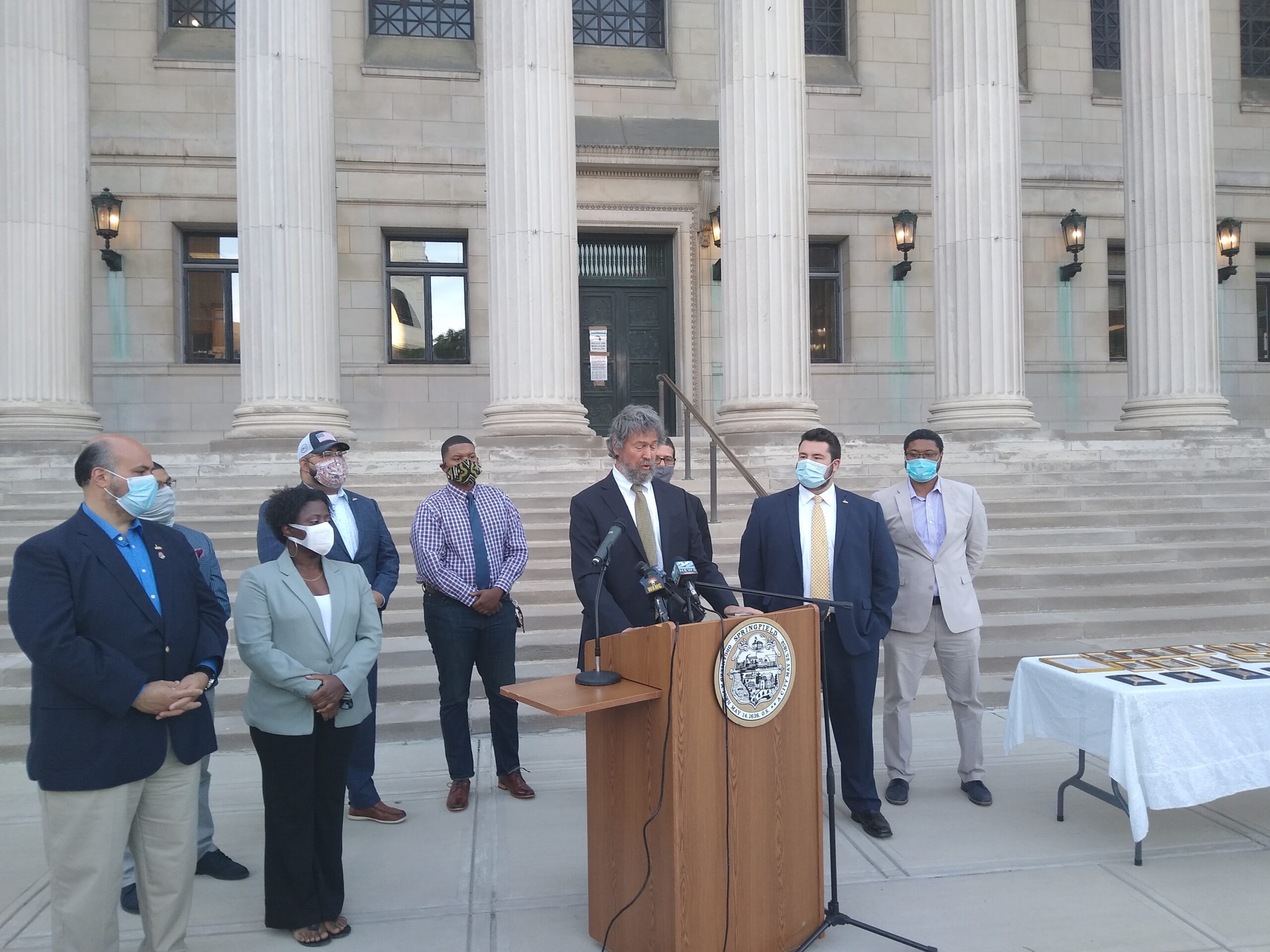 Put me in court…I’m ready to play…today. Atty. Tom Lesser with councilors in June after they voted to accept his and Aleo’s services. (WMP&I)

Several months after accepting the pro bono representation from two Valley attorneys, the Springfield City Council appears ready to sue. Nearly four years after it passed an ordinance to revive the Police Commission—followed swiftly by Mayor Domenic Sarno’s promise to ignore a duly passed law—councilors will formally decide whether to initiate litigation against the mayor to enforce the ordinance.

On Tuesday, the Council will consider an order authorizing Attorneys Thomas Lesser and Michael Aleo to file suit on their behalf. As a corporate body, the Council can only go to court with a lawyer. However, it could not pay for one without mayoral authorization, which was bloody unlikely. In June, Aleo and Lesser offered their services for free, which the Council accepted, altering the course of a years-long stalemate.

Ever since the Finance Control Board abolished the board in favor of a single commissioner 15 years ago, there has been an appetite to restore the full Commission.

Sarno once agreed, but once installed in the corner office, his mayorness could not part with the new status quo. While Pearl Street is more accountable to an official accountable to voters, the mayor has more room to meddle with department operations.

An attempt to revive the old Commission in 2014 failed. Two years and a municipal election later, amid outrage about Greg Bigda’s candid camera, the Council forced a revival of the Commission over Sarno’s veto. This move transferred appointment powers and ultimate control of the department to a resconstituted five-member Commission. In 2018, councilors made modifications. This did not substantively alter the 2016 ordinance, though. 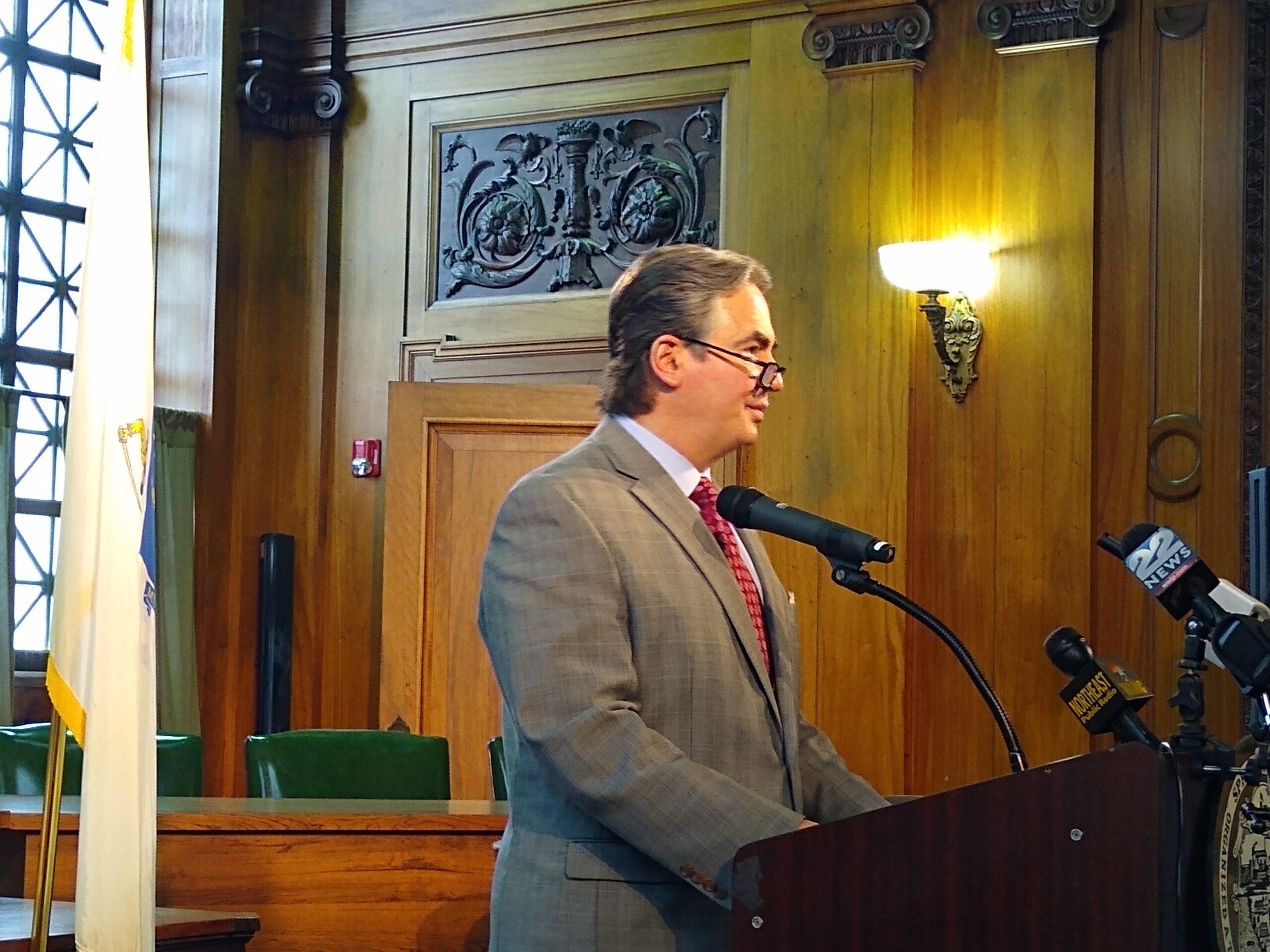 The mayor has refused to implement the ordinance. He proposed compromises where he gets his way. (WMP&I)

While insisting that the Commission was an anachronism, Sarno has plugged a codified version of his police review board. Ultimate disciplinary power would remain with the sole Commissioner, however. Community activists and a Council majority want a civil board with binding authority to mete out discipline. Historically, the patrolmen’s union has also backed a Commission, even though civilians would staff it.

While the multi-member nature of the panel was ripe for union lobbying, it also provided a forum for cops to air internal complaints in public. Sarno’s proposal would not do this and patrolmen have—again, historically—opposed changes that deny them a forum.

The ordinance will probably not enter force exactly as written. However, the lawsuit is about more than the text. The Council is asserting its role in fashioning police oversight. Judicial recognition has become the only way to force Sarno to accept councilors’ role in this endeavor.

The posturing to secure counsel has been rocky at times. Some councilors had fretted about Aleo and Lesser’s representation of plaintiffs in a civil suit related to the COVID-19 outbreak at the Soldiers’ Home. The former(ish) superintendent of the Home, Bennett Walsh, is among the defendants. His mother is at-large Councilor Kateri Walsh.

Others worried about the mayor hiring high-powered attorneys to defend his decision to summarily void the ordinance. City Solicitor Ed Pikula is said to want to testify—based on decades in the Springfield Law Department—which he could not do while representing the mayor. The broader strategy could include a lengthy discovery process.

Barring a surprise on Tuesday—always a possibility—these worries may be mere bumps in the road.

Aleo and Lesser’s representation should raise no conflicts. Were Sarno to run up a tab on a pricey Worcester municipal law firm, he risks political blowback for spending down the city treasury just for ego’s sake.

Moreover, a court may never let Pikula testify. Theoretically, no judge should entertain bloated, irrelevant and dilatory discovery against councilors. The legal issues here are straightforward statutory interpretation, not a quest for evidence and factual determinations.

Of course, the Council must vote to sue first.