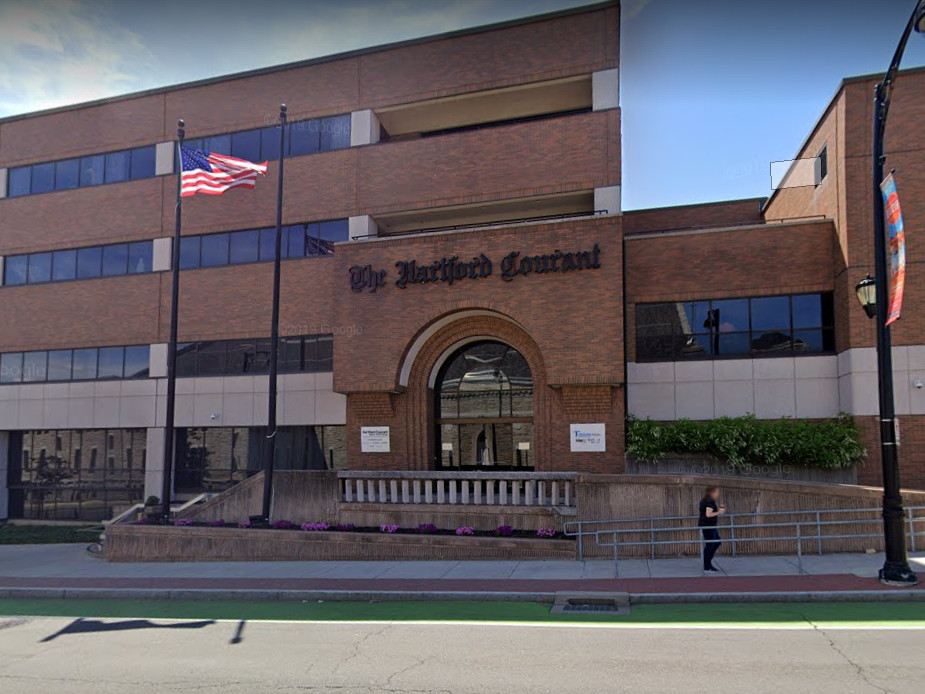 Courant events, coming to a City of Homes near you? (via Google Street View)

Later this year, another daily newspaper will begin printing in Springfield. However, the paper is not new nor new to the region. On Monday the Hartford Courant announced it would begin printing its paper north of the border on the presses of The Republican in Springfield. The news echoes the chaos COVID-19 has inflicted upon media broadly and the struggles of the Courant’s parent company.

More pertinently, this shift will cost dozens of workers their jobs during a pandemic. It also ends Connecticut production of a paper that predates the nation’s founding and is reputedly the oldest continuously published newspaper in the United States. Press closures have become common as newspaper struggle with reduced revenue from their product and less outside print business.

In a statement its parent company, Tribune Publishing, sent to WMP&I, the Courant blamed declining print revenue and the pandemic’s financial impact for the change. It claimed the move would not affect delivery, the paper’s ability to meet advertisers’ needs or the quality of the Courant’s journalism.

“The Courant remains committed to its mission of telling the stories of the people of Connecticut,” Andrew Julien, the paper’s Publisher and Editor-in-Chief said in the statement. “We are not in any way changing the mission of the paper.” 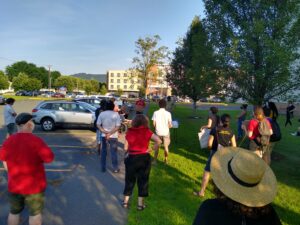 This past summer, the Daily Hampshire Gazette ended local production of its newspaper prompting a loss of nearly 30 jobs. The Gazette’s New Hampshire-based owners outsourced printing to a Gannett plant near Worcester. Even larger outlets have struggled. In September, the Rupert Murdoch-New York Post announced the idling of its Bronx pressroom. The New York Times’ Queens plant will print the Post and its sister publication The Wall Street Journal.

Not too long ago, many newspapers had hoped outside printing would help boost the bottom line.

“In the current environment, if you are going to print your own paper, you really need to have your own clients as well as nobody has enough work to get by,” said Dan Kennedy, a professor of journalism at Northeastern University.

That has not always worked out. The Boston Globe opened a new printing press in Taunton to print not only its paper but other publications in New England. However, the plant had problems and The Globe struggled to meet its printing schedule as well as those of its customers. Some customers eventually walked.

After Alden Global Capital bought the Boston Herald, it moved production to The Providence Journal, which Gannett now owns. Such changes can force deadlines for a story to make the print product.

Consequently, shifting where the Courant prints its paper could have an impact. Whether it will matter or not is unclear.

“They could also be thinking they don’t care that much because I’m sure that they are heavily pursuing digital subscription and if something doesn’t make it into the print edition that is not as big as deal as it was a few years ago,” Kennedy added.

The print business is still falling. Some papers have reduced printing during the week while emphasizing digital. The Berkshire Eagle announced this step in September.

Julien referred questions about the Courant’s job losses and outside printing business to Tribune. 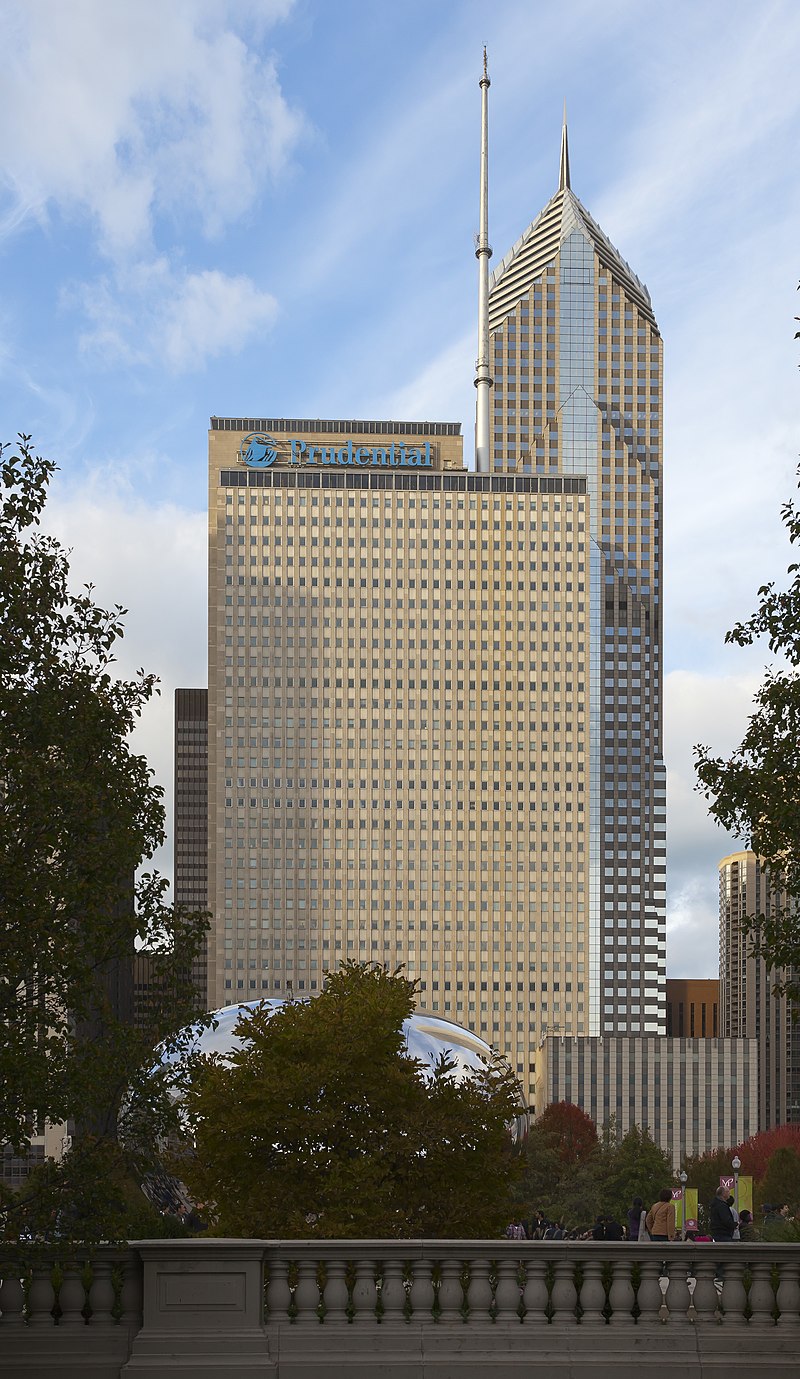 After bailing on its home in Tribune tower, Tribune Publishing has been based at Prudential Plaza in Chicago. (via wikipedia)

In an email, Max Reinsdorf, a Tribune spokesperson, said 151 jobs would be affected by the printing plant’s shuttering. He confirmed that impacted employees would be offered severance packages and further referred to the Courant’s statement.

That statement asserted that the decision is “not a reflection in any way on the loyalty and commitment to excellence of the people whose employment will be affected.”

Like many media outlets in recent years, the Courant has experienced labor discontent. Its newsroom sought representation from the Newsguild in 2019 and Tribune voluntarily granted it. The Courant Guild is a subunit of the Providence Newspaper Guild just as the union at the Gazette is. While Gazette‘s guild represented press employees before outsourcing, the Courant Guild’s jurisdiction does not include the printing plant.

“The news today was a surprise and we feel terrible for the many hardworking press employees who are losing their jobs as a result,” she said in an email.

Neither Reinsdorf nor the statement addressed questions about a decline in outside printing business or the newspaper’s physical Hartford presence.

George Arwady, The Republican’s publisher, declined to comment on the Courant’s printing decision. However, he did say The Republican expects to hire additional people to handle added work from the Courant and elsewhere. In its story, The Republican notes that it already prints Waterbury’s Republican-American among other Connecticut papers.

Advance Publications, which has had its own ups and downs with printing and with labor, owns The Republican. 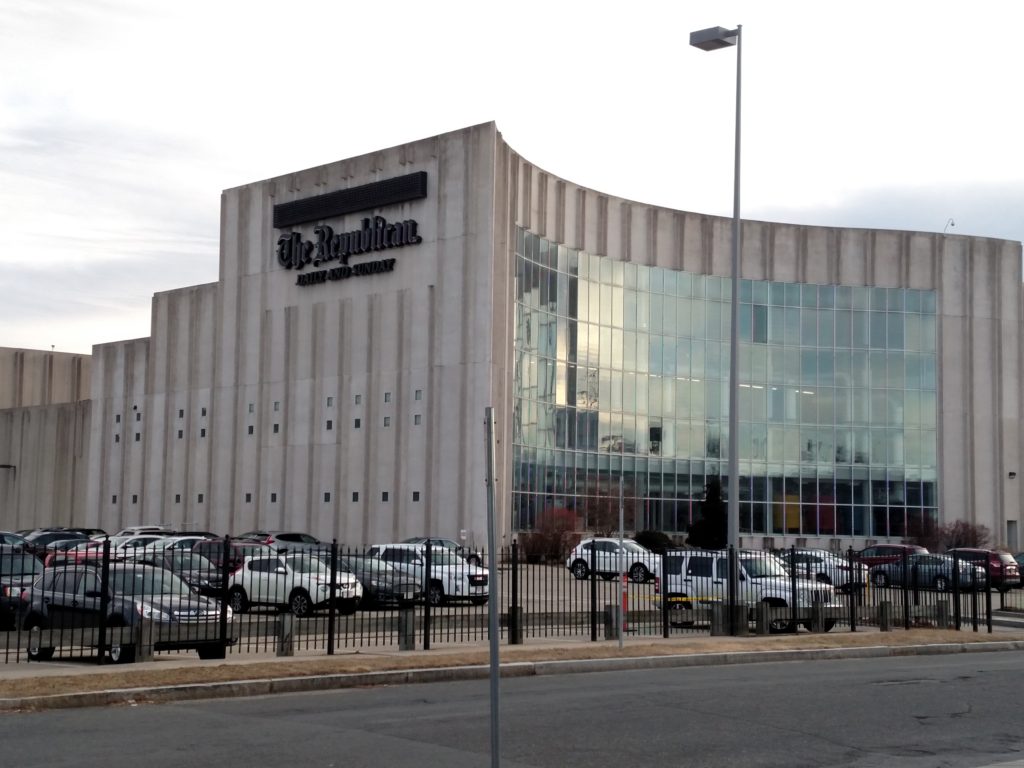 Connecticut news riding the Hartford Line up to Springfield and The Republican’s presses? (WMP&I)

Tribune has had a long, painful 21st century well before the pandemic. Bankruptcy, layoffs, and internal turmoil have rocked the company, which also owns, among other papers, the Chicago Tribune, The Baltimore Sun and the Orlando Sentinel. Two years ago, it sold the Los Angeles Times amid leadership meltdowns and a successful unionization drive—notable for the paper’s anti-union history.

Cities with Tribune papers have sought local capital to buy the hometown papers after Patrick Soon-Shiong did just that in Los Angeles. Baltimore grandees have attempted as much and the Courant’s own journalists have urged local players to buy their paper.

Driving this concern is Alden’s growing stake in Tribune. Alden, which owns The Sun in Lowell and The Denver Post in addition to the Boston Herald, has faced accusations of gutting newsrooms to bleed more and more money from threadbare print products. Journalists and civic leaders fear the same could happen to Tribune’s already-thinned papers if Alden gains majority control of the company.

The closure of the press raises questions about whether the Courant would leave its home opposite the Connecticut State House.

Publications have been abandoning their longtime homes for cheaper digs for years. Many newsrooms are operating remotely due to the pandemic. Still, the pandemic has caused starker changes. The also Tribune-owned New York Daily News apparently closed its newsroom entirely for the time being. The Baltimore Sun once had a suburban printing plant and a plant with offices in Baltimore proper. In  2018, a year after its sale, The Sun vacated its city building and relocated all staff to the ‘burbs.

Before splitting into separate television and newspaper companies, Tribune owned the Courant‘s building and WTIC-TV. The television company got the building in the divorce. According to the Courant, it has occupied the building since the 1950’s. It retained a long-term lease that continued after Twenty Lakes Holdings bought the building. With Hartford seeing lots of development recently and the Courant no longer needing space for a plant, that lease could be bought out.

Professor Kennedy observed that more troubling than a publication’s physical location is the relocation core journalistic functions like design and copyediting out of state as Alden and Gannett have done to Massachusetts publications.

For now the workers losing their jobs in Hartford will feel the biggest impact. Kennedy said this matters before the symbolism of printing Connecticut’s paper of record in Massachusetts.

“I hate to see people losing their jobs,” he said. “The press people have always been the heart and soul of every newspaper.”