Massachusetts Democrats Look Forward and Back… 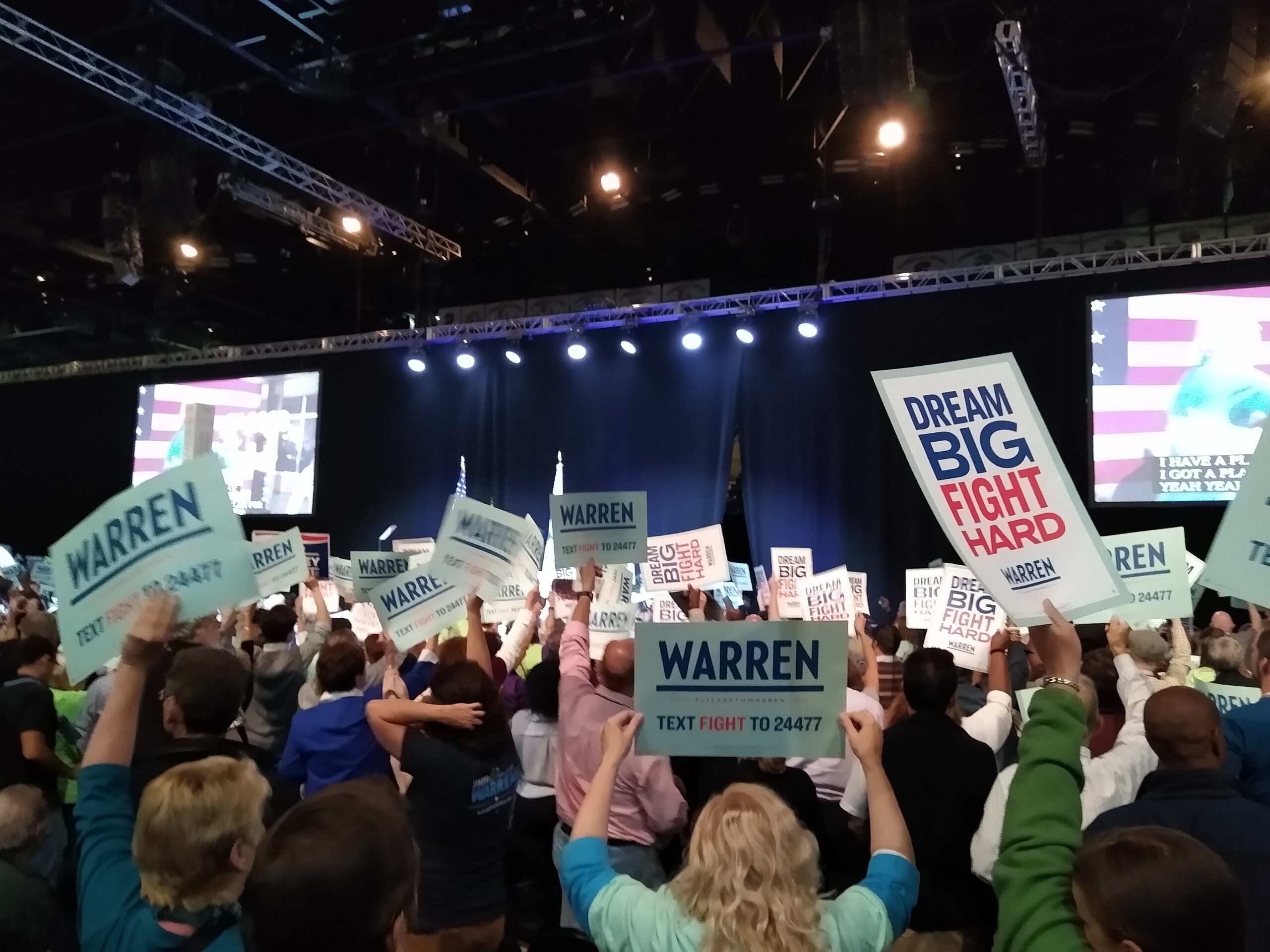 Four years ago, Massachusetts Democrats, somewhat discombobulated after Donald Trump won the presidential election, had a task before them. Then-Senator Thomas McGee, was not seeking another term as chair and the Democratic State Committee had to replace him. Gus Bickford prevailed in a tight vote, a result that disappointed some on the party’s left flank.

Now, Bickford faces the state party again albeit under more tempestuous circumstances. The party failed to win the governor’s office and fundraising has flagged. Just last week, an attorney the party hired dropped a long-awaited report on his actions during the primary for the 1st Congressional district. At a minimum, it showcases a series of missteps on the part of Bickford and his staff days before the State Committee will meet to vote for chair.

Bickford faces a challenge from Bob Massie and Mike Lake, both former statewide office aspirants known well up and down the party food chain. While the events during Holyoke Mayor Alex Morse’s primary challenge to Congressman Richard Neal have dominated criticism of Bickford lately, doubts about his tenure predate this episode.

The State Committee is the governing body for the Massachusetts Democratic party. Like the GOP, it has two members from every state senate district—one male and one female. However, the Democratic Committee also has additional pair of members by senate districts and countless more thanks to various statuses.

As Commonwealth magazine recently reported, Lake and Massie have argued that the party should be doing more to ensure its ambitious platform becomes reality. However, there are also critiques about Bickford’s tenure in the areas of fundraising and coalition-building.

The 800-lb gorilla in the virtual room, however, is the situation in the 1st Congressional district’s primary. 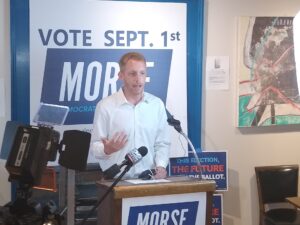 In August, the Massachusetts Daily Collegian reported on a letter College Democrats of Massachusetts sent Morse, banning him from their events. The College Dems claimed that Morse had been romantically pursuing students at their events and at UMass-Amherst. At the time, Morse was lecturer there. Morse denied violating any college rules, but apologized for crossing any boundaries.

Subsequent reporting by other outlets like The Intercept found the state party had been involved in the College Dems’ process. The ensuing uproar prompted the party to hire and investigator.

The party chose Cheryl Jacques, a former state senator and former head of the Human Rights Campaign, a LGBTQ rights advocacy organization. Her report undercut claims that the state party had actively plotted with College Dems. However, it found party leaders including Bickford and party executive director Veronica Martinez had not truthfully described their actions.

Among the committee members who responded to the report was 2nd Hampden & Hampshire Senate district member Nancy Stenberg, who is supporting Massie.

“Fellow members, the Recommendations portion of the report show that we, the members of the Massachusetts Democratic State Committee, have a lot of work to do to ensure that something like this does not happen again,” she said in a statement to fellow the state committee membership. “The first task at hand is to elect a new chair, to lead us in a new direction, on November 12th.”

Jacques faulted the party for referring College Dems to Jim Roosevelt, a lawyer who had volunteered legal services to the party. She said the party should have referred Colleges Dems to a Title IX lawyer or UMass-Amherst itself. Bickford told Jacques he balked at a referral to UMass-Amherst amid con 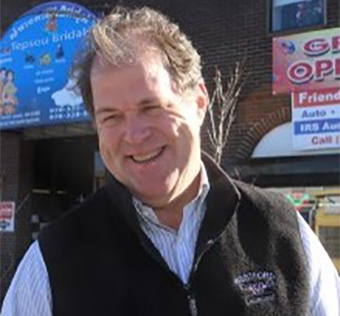 There are other questions though. College Dems understood Bickford to recommend a letter to Morse about their concerns go out before the election. Bickford has denied that he took any action to intentionally influence the race.

Jacques also faulted Bickford for discouraging Morse from running for Congress in early 2019. Although this may not have violated party bylaws as Morse was not yet a candidate, Jacques said it violated the spirit of the rules

Jacques found Martinez had misrepresented her communication with College Dems. Despite public pronouncements to the contrary, Martinez had remained in contact with Fleming after referring her to Roosevelt. Those conversations were not about the substance of the situation, but rather to provide friendly support to a beleaguered Fleming. Nonetheless, Jacques concluded, because this activity did not comport with Martinez’s public statements. Jacques further faulted Martinez’s for advising Fleming to delete communications, something Martinez still denies.

As for Roosevelt, the report largely fails to reach any conclusions.

In the final analysis, the report seems to portray a series bumbling however serious errors—and not malice—among state party staff. Parsing that difference may carry political implications for some, but either way it presents complications for the party’s future.

State Committee members have a list of grievances of which the congressional primary is only one. In addition to the gubernatorial election and fundraising, party members have are upset the party’s progressive platform remains unrealized.

Democrats have legislative majorities so laughably large, they could legislate when the governor could use the restrooms. Yet, critics say the legislature has failed to make sufficient progress on climate, progressive taxation, housing, and economic justice.

There is some debate about what role the state party should have in holding Democratic legislators to account. However, the party is clearly less influential and important to legislators, especially reps, than leadership like Speaker Robert DeLeo.

Bickford has his defenders. Ed Collins, a committee member from Springfield told The Boston Globe that there did not appear any intentional effort to influence the race.

“There may have been a technical violation of one of the rules at one point, but the intent of what was going on here was not to try to influence the outcome of the race,” he told the Globe.

But that may not be good enough for members when they vote Thursday night. Online, committee members certainly pointed to the Morse episode, but they also pointed to more systemic issues.

Helen Moon, a Pittsfield City Councilor and member from the Berkshires, was one of them. In a Facebook post, she lamented that only straight, white cisgender men were in contention for party chair. However, she also critiqued the appropriation of others’ accomplishments. Moon seeks a chair who would break down barriers within the party.

“I want a chair that builds coalitions. Who recognizes that white supremacy culture is built into the framework of our democracy and even into our Democratic Party,” she wrote. “Someone who will support and amplify the work already being done across the Commonwealth, especially at the grassroots, to fight for a more equitable and representative government and help break down barriers for marginalized people.”

Alex Pratt, a state committee member from the Fifth Middlesex Senate district, pointed to state Republicans’ fundraising advantage of late. In a tweet, he said Democrats had raised less than the GOP from both small and large donors.

Both Moon and Pratt are supporting Lake.

Bickford has argued that he has included diversify the party staff and points to recent victories in legislative races. Members will make their choice tonight.

*WMP&I Editor-in-chief Matt Szafranski is an officer and an elected member of a Democratic ward committee in Springfield, but has no office or fiduciary relationship with the state party or any of its organs.