UPDATED 4:38PM: To include comment from Marcos Marrero on speculation about his running for mayor. 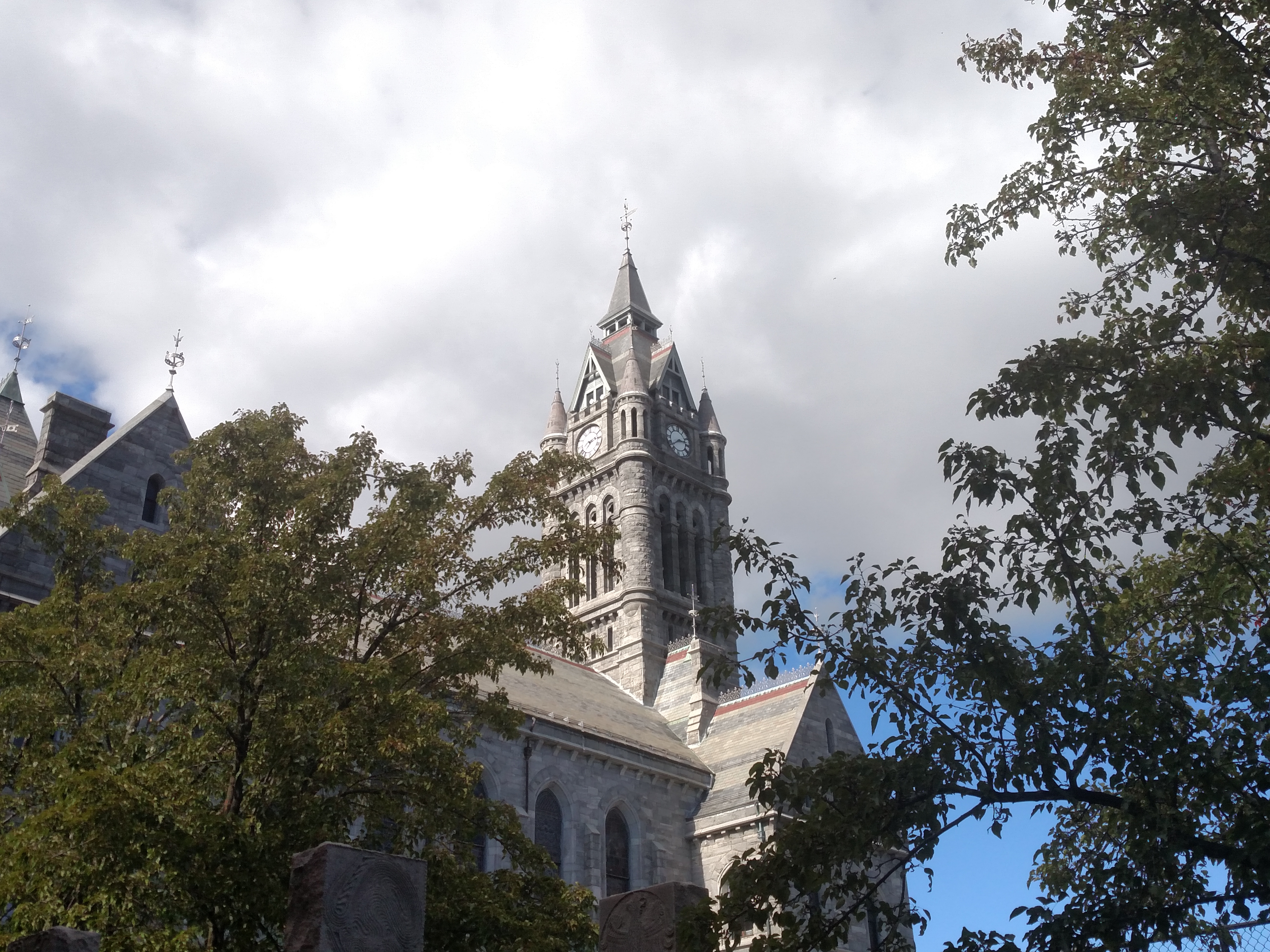 Even the mayoral rumor mills are water-powered in Holyoke! (WMassP&I)

The announcement that Holyoke Mayor Alex Morse would not seek another term shocked few in the Paper City. Open talk of his retirement—well before the Congressional primary—began circulating early this year (as did mayoral plans). He long telegraphed his intent to serve more than 10 years and his tenth year in office begins next month. Yet, mayoral contenders will find a different political landscape than the one Morse encountered as a first-time candidate in 2011.

While the “New” and “Old” Holyoke caricatures linger, they may be less relevant than ever. Some brace for decidedly old school candidates to emerge, but the field could feature a broad selection for voters. Already two prominent city officials are keeping the door wide open. Many more could follow them, although some prominent names will be staying out.

Both at-large city councilor Rebecca Lisi and at-large School Committee member Devin Sheehan are potential candidates for mayor’s office. Both also released statements that did nothing to dispel their interest in becoming Holyoke’s chief executive.

As a candidate for Congress this year, he did not discuss what would happen if he lost as he ultimately did. As late as September he suggested he might seek a fifth term. Holyoke switched from two-year terms to four-year terms starting in 2017 when Morse last won reelection.

However, Holyoke political circles understood Morse to be leaving City Hall, whether en route to Congress or not. In announcing he was not seeking reelection, Morse said he wanted to give others time to launch their own bids. 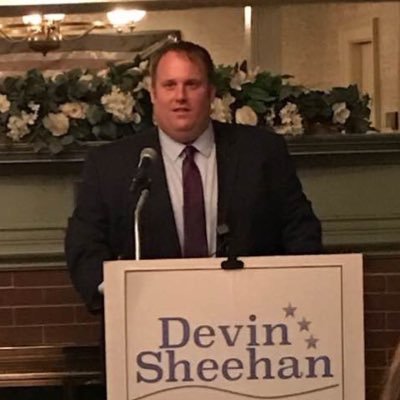 Could it be the Devin you know? (via Twitter/@DevinMSheehan)

In a statement to WMP&I, Sheehan thanked Morse for his service. However, he was somewhat coy about his plans.

“As a lifelong resident of Holyoke, it is an honor to know that my name is being mentioned for such an important and critical leadership position,” Sheehan said in a statement to WMP&I.

“I am grateful and proud to serve the School Committee and the City of Holyoke,” he continued. “At this time, I am exploring how to best use my experience and commitment to further our great city.”

A formal announcement of his plans could come soon.

Lisi was less circumspect. In a press statement she also posted to social media, Lisi  also thanked Morse and acknowledged conversations about her running for mayor.

“Many people seemed to have this transition on their minds, as I have been contacted multiple times over the past few months by folks asking if I will be running for the mayoralty,” Lisi said, adding her thanks for the confidence and support she had received.

Lisi noted her grasp of city issues, adding she understands the personal commitment public service requires. However, she couched that point in familiar terms about ensuring her family would be ready for a larger commitment. 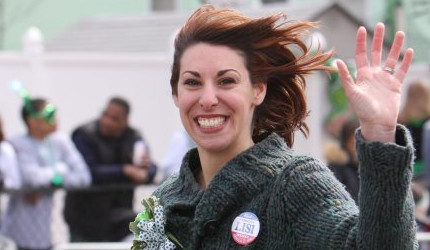 Rebecca Lisi to bet it all on a game of 2021? (via Facebook/Lisi campaign)

“As someone who is always fighting for Holyoke’s future, I am presently considering running for mayor, though I have not firmed up the decision,” she said. Lisi suggested an announcement could come in the new year.

Operators of Holyoke’s speculation mills suggested the prospect of a Marrero candidacy, although other sources poured cold water on the idea. Last month, he announced his departure as Morse’s chief economic advisor after serving nearly all of Morse’s tenure thus far. Media reports report he said he wanted to spend more time with his young family.

Subsequent to the posting of this article, Marrero told WMP&I that, while flattered by the speculation, he was “really not” considering a mayoral run. In an email, he said he was focusing on the transition in his office and was looking forward to some down time before determining what will be next for him.

Like the others, Glidden, in a statement to WMP&I, thanked Morse for his service, adding that the city was better off because of his mayoralty.

“The news of Mayor Morse’s decision not to seek another term is still fresh, and it’s an occasion for all of us to reflect on the road the city has traveled over the past decade,” he said. “What these ten years have shown us, I think, is that the city is at its best when we bring more people in the political process, and seek always to see the good in each other.”

Billy Glidden to trade Manhattan’s avenues for High & Dwight? (via Linked In)

Glidden, who declined further comment, said he would make a decision in the coming weeks.

Other names are off the menu. Jossie Valentin, a former Ward 4 Councilor who current serves as an aide to US Senator Ed Markey, had said earlier this year she would not run for mayor. She confirmed that had not changed.

Likewise, State Representative Aaron Vega will not seek city’s top job. Like Valentin, he has not closed the door on running for office someday, but slammed it shut on the mayoralty. Next year, after he retires from the House, Vega will succeed Marrero to run Holyoke’s planning and economic development shop.

So far, nobody clearly affiliated with the anti-Morse camp is an obvious contender, let alone a top-tier one. A possible exception is at-large councilor Michael Sullivan, who shares a name with but is very much not an ex-mayor. As the congressional race this year collapsed into chaos amid claims from College Democrats, Sullivan lobbed increasingly ridiculously bombs at the mayor, culminating in a fresh call for recalls in the city. Holyoke chin-scratchers suspect these moves signal a mayoral bid.

From economic to political development for Marcos Marrero? So say some. (via Linked In)

Among Glidden, Lisi, Marrero, and Sheehan, each could have strengths that could make their bids viable.

Lisi’s lengthy tenure on the Council provides a broad body of work to pitch voters. The rediscovery and celebration of Holyoke’s urban qualities have long been facets of her political identity. Her Council tenure also predates the Morse era. However, in this oft-provincial city, being born elsewhere—she hails from Long Island originally—can be an absurd liability even after living in Holyoke for years as she has.

After a lengthy School Committee tenure, Sheehan could draw financial and organizational support from a broad network of fellow school board officials from across the state. Such ties helped Ludlow School Committee member Jake Oliveira win his state rep race this year. Whether Holyoke schools’ troubles in recent years will matter is hard to say. Morse sloughed off similar critiques while running for reelection.

Were Marrero running, he would bring credible economic experience that stretches from Holyoke to San Juan to the race. Many city’s development projects have his fingerprints on them. Raised and educated in Puerto Rico, he would also little trouble reaching out to decreasingly neglected Latino electorate in the city. Morse, who is white but speaks Spanish, courted this cohort extensively during his election campaigns. Their support proved critical in nearly all of his races.

As reported in The Republican, Glidden recently returned to Holyoke after working for a nonprofit in New York. Although not the most visible Morse-world figure, he has advised the mayor on the campaign trail and in office. However, Glidden also has deep ties to the city’s historic Irish establishment. Were he to run—which, presumably, would likely not occur if Marrero entered the race—he may be able to bridge Holyoke’s Morse faction with the city’s old guard. If successful, that coalition might overcome political obstacles Morse encountered.

A lot about the race will remain unsettled for now. However, the electoral cycle in Holyoke begins quite early. Ballot papers are usually available in the Paper City within the first month or two of election years. Hence the promise of announcements in weeks, not months.