A Vega Chapter Closes in Boston As Another Opens in Holyoke… 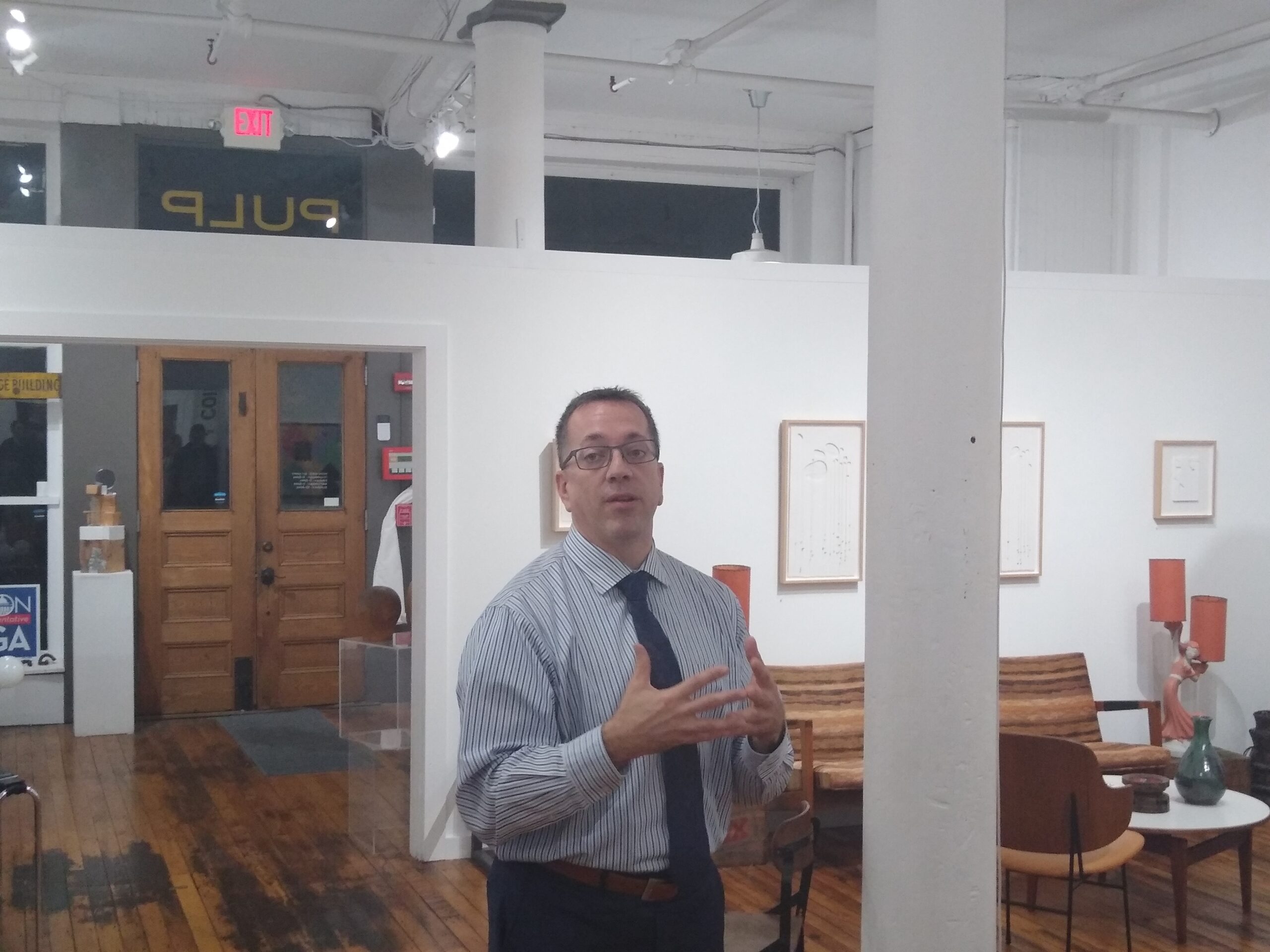 HOLYOKE—Come next week, for the first time in 11 years, Aaron Vega will not represent the Paper City in any elected capacity. Compared to some here, this is a relatively brief period in public life. However, Vega’s arc has encompassed two citywide offices without the scorching of earth others have employed at City Hall or the State House.

A state legislator since 2013, Vega was not himself powerful, having held no high and mighty posts. Yet, he made his mark on landmark legislation and became one of his city’s most prominent ambassadors. His 5th Hampden district consists of only and all of Holyoke, giving him free reign to represent it and develop legislation attuned to the city and its peers.

“When I first came into the legislature,” Vega said, “My priorities were education, economic development, and also kind of making sure that there was a different story being told about Holyoke in Boston.”

In some ways, Vega will continue telling Holyoke’s story. After exiting the House of Representatives, he will succeed Marcos Marrero as Holyoke’s economic development chief. Mayor Alex Morse announced the appointment in November. His aide, Patricia Duffy, after won a competitive primary in September. She ran unopposed in November in this uber-Democratic district and will succeed him Wednesday.

Still, his exit will have an impact. He will no longer be the city’s emissary to state government and his advocacy on education and youth issues will be missed.

“There are some folks who file bills and just hope for the best and there are folks who are advocates,” said Vega’s similarly monogrammatic colleague Rep Andy Vargas of Haverhill. Of the latter, Vargas added. “That’s Rep Vega.”

Others emphasize his straightforward manner and ability hear out and weigh all sides. This has, as Vega himself conceded, prompted accusations of fence-sitting, especially amid the political wars that have consumed Holyoke’s last decade.

During last year’s rep race, one contender, City Councilor David Bartley accused Vega of a parade of horribles. Among them was falling asleep at the wheel on the Holyoke Soldiers’ Home. Vega has vehemently denied this, but such rhetorical ballistics rarely trained on him. Most appreciate his willingness to listen.

“The whole thing about Aaron, and people always said this to me, with Aaron, what you see is what you get,” said Duffy. “He’ll tell you if he disagrees with you, but he’ll hear you out.” 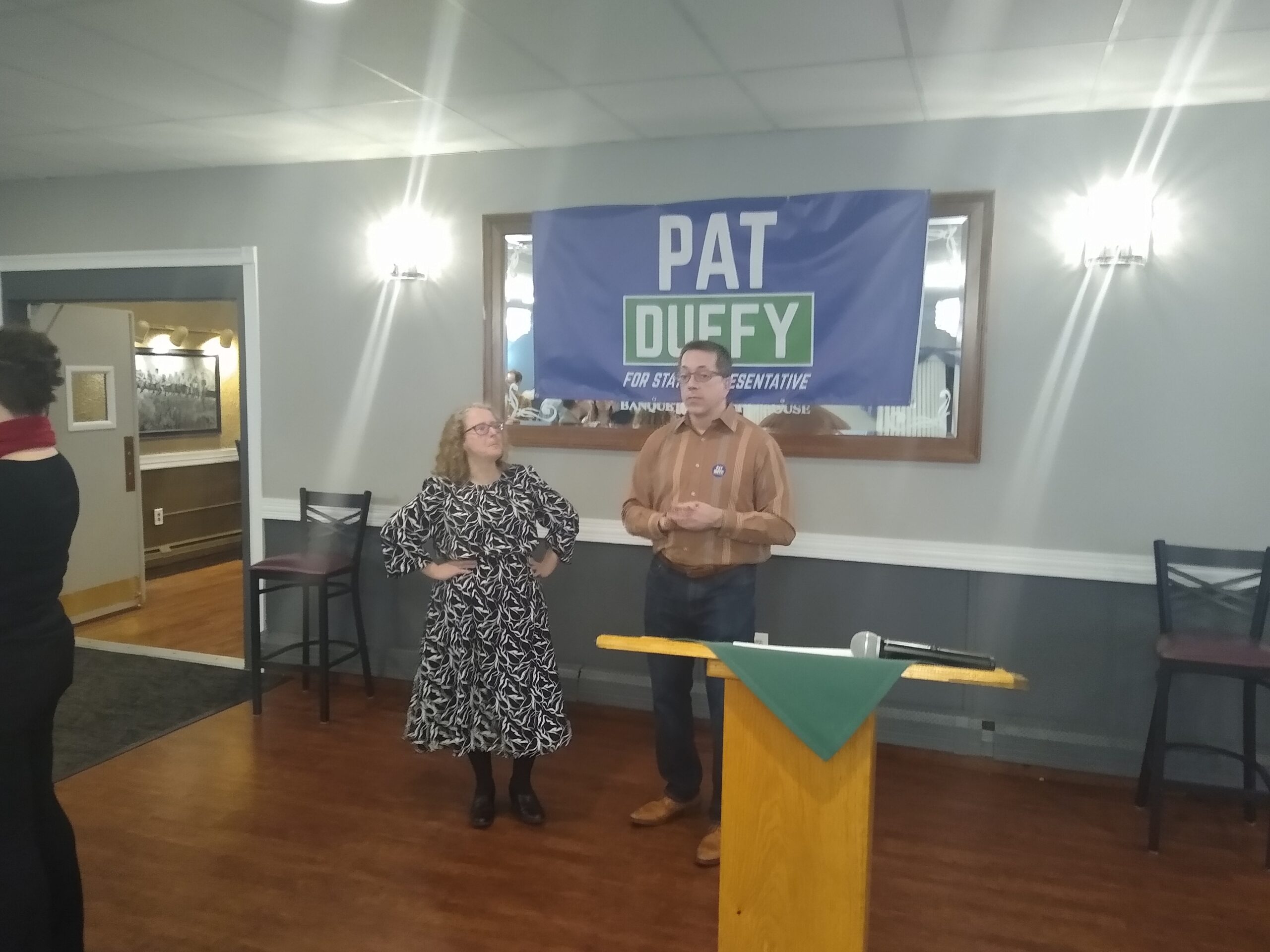 Vega and Duffy, once and future reps. (WMP&I)

She observed that several Holyoke people deemed Vega among the few who could bridge the city’s political schisms.

Raised in South Holyoke, Vega’s father, Carlos was a powerhouse city activist. Before running for State House in 2012, the younger Vega’s career was in film editing and teaching yoga—which he still does. The rep race began as a challenge to incumbent Michael Kane, but Kane resigned for a private sector job. Vega, then a sophomore at-large city councilor, fought on through a spirited but largely uncompetitive general election set against the wild senate battle between Elizabeth Warren and Scott Brown.

In a pre-Christmas interview at the Dam Café here, where he first spoke to WMP&I back in 2012, Vega reflected on his political career and accomplishments.

Without critiquing his predecessors, Vega noted the continued problems of underfunding and attention. Major institutions here like Holyoke Community College and Holyoke Medical Center have received inadequate state and federal support. Such disinvestment, along with persistent social and policy ills, only served to perpetuated many of the problems of poverty and crime.

But that has been where the storytelling for the city has come in. As one of a few reps whose district constituted one locality entirely and exclusively, Holyoke received his full attention. There were nobody else’s toes to step on in the House. He could meet and advocate for any group in the city or on any issue that affected it. 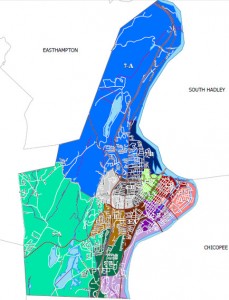 Though, whether its funding for local institutions or big issues like criminal justice reform, the endeavor is ever ongoing.

Just in his last year rose another issue with a long way to go. While a regional cause, reform at the Soldiers’ Home, where 76 residents died early in the COVID outbreak, will tower over the next term.

However, big challenges like the Home also illustrate the collaboration Vega found among his colleagues from the 413.

State Senator John Velis, a veterans issues maven who represented the Westfield-only 4th Hampden District until winning a special special election, called Vega one of his closest friends in the building. Velis said he went to Vega, as a lead education advocate, for a crash course on educational issues.

“I need a K through 12 education 101,” he recalled telling Vega. That conversation fueled Velis’ passion for the issue. It would not be the last time, either. 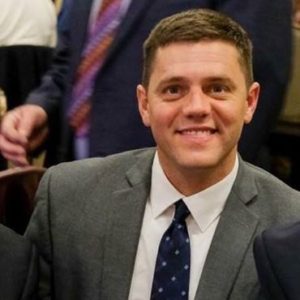 Now-Sen. John Velis as a House colleague to Vega (via Facebook/official)

Sometimes, he just wanted a “for dummies nutshell version” of an issue,” Velis said. “Aaron Vega was my first call.”

Of his decision to move on, Vega acknowledges things may have been different had shroud of the coronavirus fell sooner. The post-COVID world will need a lot of work. However, Vega will not miss the fundraising and he has already missed too many of his young son’s baseball games. Plus, leaving now lets Vega go out on his terms.

“Come January, you know, Student Opportunity Act passes. Breakfast After the Bell passes, I was like, the budget looks great. Like, this is the best time to go out leave them wanting more, right?” he said.

Vega explained the battle over the Student Opportunity Act, which restructured primary and secondary educational funding, depleted his political capital. The version he cosponsored went further than the one House leadership put forward and much closer to the Senate bill.

It was a titanic battle that pulled on so many threads.

If the debate bruised Vega’s standing, the speaker he served under did not express that. Robert DeLeo resigned as the House’s leader last week, but earlier in December he appeared at a Zoom event Holyoke Democrats held in Vega’s honor. 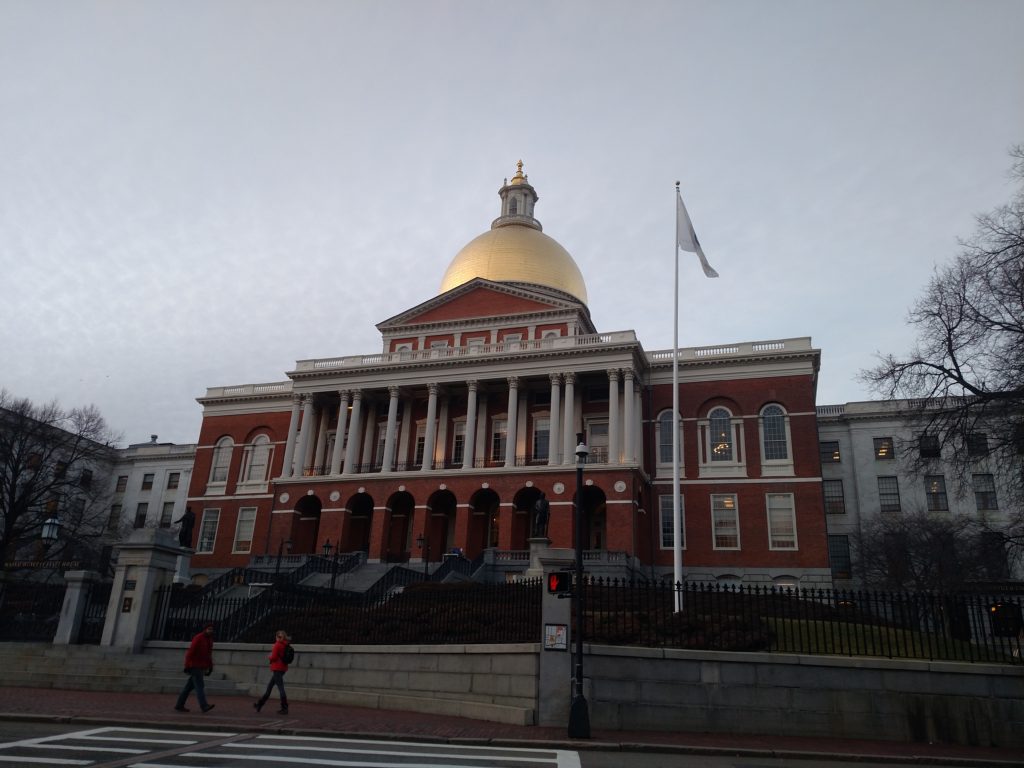 In a statement his office provided to WMP&I before his resignation, DeLeo praised Vega’s work for Holyoke and on behalf of gateway cities like it.

“While serving in the House, Representative Vega worked hard to address issues and policies that affected his home district and those that face gateway cities across the Commonwealth,” DeLeo said. “He will be missed, and I wish him and his family all the best for a healthy and happy future.”

Vargas, the Haverhill rep, said he and Vega got to know each other sitting behind one another in House chamber—when the legislature was not virtual. Both members of the Black & Latino caucus and representatives from gateway cities, their school funding and nutrition agendas overlapped.

Rep Andy Vargars, a brother in monograms (and legislation) to Vega. (via Twitte@RepAndyVargas)

One bill they fought for was Breakfast After the Bell, which received final approval last year. It extends morning nutrition programs in high-poverty areas beyond the start of the school day.

“It was a great journey working with him up until the finish line,” Vargas said. Though like anything at the State House, that journey could be frustratingly labyrinthine. At one meeting, Vargas recalled Vega bluntly demanding, “Let’s just feed the kids.”

While these bills receive the most attention, Duffy, Vega’s aide and successor, noted less-prominent legislative work. Given Holyoke’s pursuit of the cannabis industry, Vega contributed to Beacon Hill’s periodic revisions of marijuana laws. She also highlighted the ease with which he work alongside youth advocates.

“You could just tell immediate he was comfortable with them,” she said.

Vega accepts credit. Yet, he is mindful that of the balance between the extroversion running for office entails and the humility of working in a collective.

“Am I an expert on all of them? No. But there’s, you know, a few pieces of what my fingerprints are on, all of our fingerprints on pieces,” he said. “And that’s the humbling part.”

Vega has not shut the door on running for office again, but not any time soon. His new gig at Holyoke’s economic development office beckons in a few weeks. In his appointment announcement, Mayor Morse feted Vega’s tenure on the City Council Development committee and partnership with the city while on Beacon Hill. 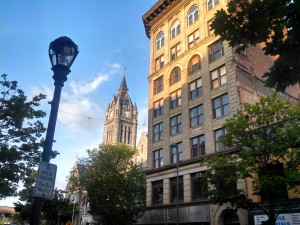 You can go home again! (WMassP&I)

“I’m excited to welcome Aaron to City Hall in this new capacity. Aaron steps into this role at a critical time for our city, and I can’t think of anyone more prepared and ready to continue the work before us,” Morse said in his November statement.

With Morse retiring, a new mayor may not retain Vega, but he is not thinking that far ahead right now. Indeed, when he decided against reelection last year, he had no job lined up.

“This next position I’m really excited about. I have no idea what the future brings,” Vega said.

Beacon Hill allies will miss him even if some will still be working with him.

Velis, who bonded with Vega during a trip to Israel a few years ago, now represents Holyoke in Senate. Grateful for Vega’s help studying up on Holyoke issues, he said the change will be Beacon Hill’s loss, but they will still be working together.

“He’s staying in the business in Holyoke,” Velis said.

Vargas, a bit more wistfully, noted the positive attitude Vega brought to business on Beacon Hill, a place that is no stranger to the negative.