Briefings: With Trump out, What of the Ways & Means Tax Return Suit?… 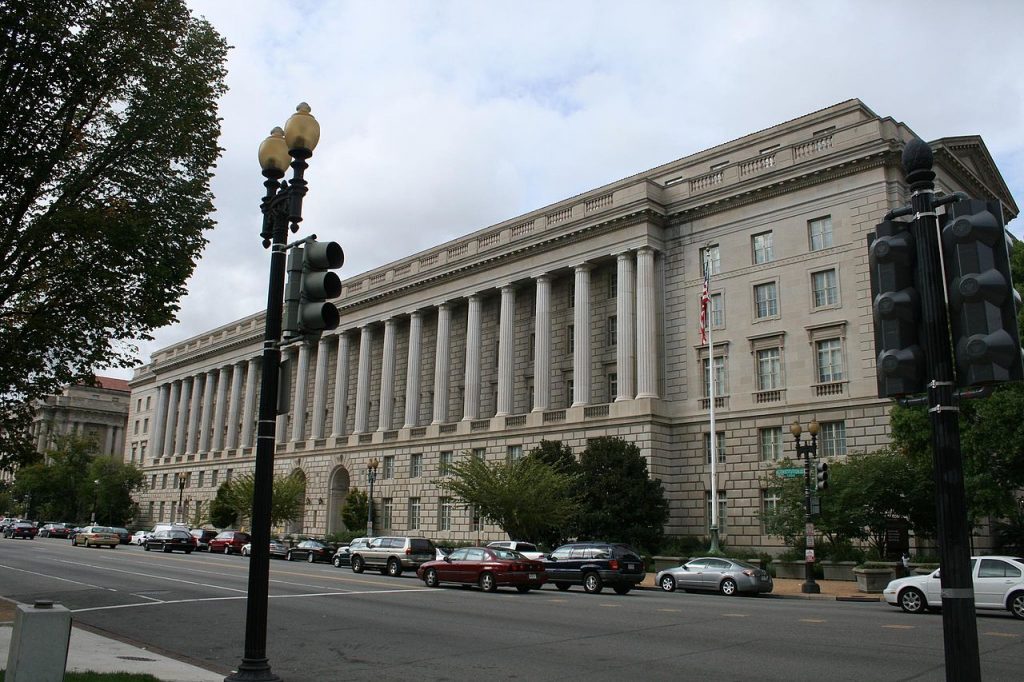 IRS Headquarters in Washington, under new management, sorta-ish. (via Wikipedia)

The House Ways and Means Committee’s quest to obtain former Donald Trump’s tax returns has been a grind. In May 2019, Chairman Richard Neal issued a subpoena to the IRS and the Treasury Department for six years of then President Trump’s tax records. Former Treasury Secretary Steve Mnuchin did not comply with Neal’s subpoena, prompting litigation between the committee and Mnuchin IRS commissioner Charles Rettig in July that year. Trump joined the lawsuit as an intervener.

It is now 2021. Trump is no longer in the White House, but what of the lawsuit? On January 22, the Biden Administration sent a request to Judge Trevor McFadden seeking more time to reconsider its position in the case. The government remains the defendant even though Biden is in charge, but the Department of Justice and the Treasury Department are transitioning to new leadership. However, Biden’s pick for Attorney General, Merrick Garland, has not even received Senate confirmation.

McFaddden, a Trump appointee, agreed to the Biden Administration’s request for more time on February 4, with the expectation that both parties file a status report on March 3. A spokesperson for Ways & Means had not provided a comment about the status of the suit as of posting time.

A possible scenario now is that the Treasury and Justice Departments voluntarily hand over the tax returns to congress. Rettig, whom Trump appointed, has a five-year term so this may not happen. However, Biden’s Treasury Secretary Janet Yellen, is still Rettig’s supervisor and may be able to overrule him.

If that were to happen, Trump and his personal lawyers could try to use their status as intervenors to seek an injection. However, to do so, they would need a legal argument to do. When in office, Trump and his administration were arguing, however dubiously, that Congress was trying to assert an executive function under the cover of congressional oversight. Even if that argument is right–a massive if–it would be meaningless if the Biden administration voluntarily turned the documents over.

Something else has changed. The now-Democratic controlled Senate can ask for the tax documents, too. The Ways & Means Committee’s counterpart in the upper house is the Senate Finance Committee. The new chair, Senator Ron Wyden of Oregon, can request the returns as well. A spokesperson for the Finance Committee did not immediately return a request for comment about such a query.

Do you see what The Times sees? (via YouTube/Ways & Means Cmte)

Trump’s tax returns has been a subject of scrutiny and speculation since 2016. As a candidate Trump broke precedent by refusing to release them during his campaign. After Democrats took the House in 2018, he made every effort to keep his tax returns out of the public eye, raising questions about what they contain. The New York Times obtained several years of his returns shortly before the 2020 election, revealing years of losses and, in some years, minimal tax payment despite Trump projecting an image of ungodly wealth.

The final disposition of the lawsuit is unclear, but it seems likelier than not Democrats will eventually obtain them. However, the Ways & Means committee is not alone in the hunt. Manhattan District Attorney, Cyrus Vance is seeking tax returns and other Trump-world financial documents in a separate state related investigation. Trump had fought those efforts as well, arguing he could not be investigated as president. Though the Supreme Court had ruled for Vance, Trump had tried to drag out compliance. Now that Trump’s trappings of power have evaporated, however, so too have his arguments against disclosure of his financial records.