Briefings: So Begins the March of Noho Mayoral Candidates… 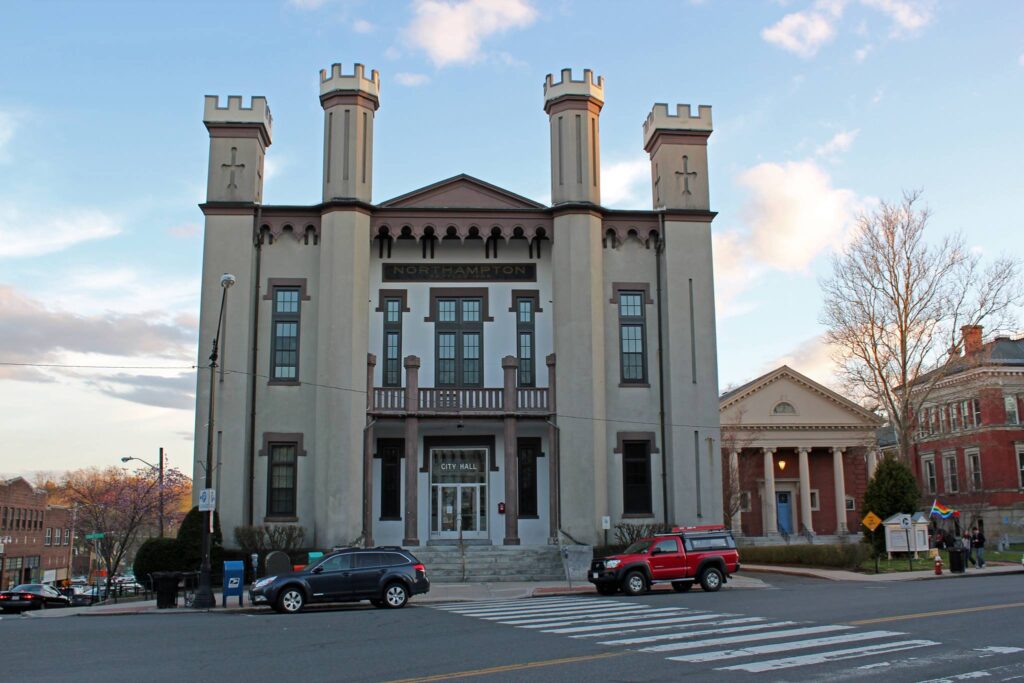 But who shall rule the Paradise City? (via Facebook/Northampton official)

In the space of 24 hours, a race for mayor has developed in Northampton. On Tuesday, City Council President Gina-Louise Sciarra, as previously reported, announced her bid to succeed retiring mayor David Narkewicz. However, Sciarra turned out not to be the first declared candidate. Less than a day earlier, Shanna Fishel, a licensed clinician, announced a bid.

The exit of Narkewicz, who has led Noho for a decade, could bring a long-simmering battle among the city’s political classes for full boil. As with uber-liberal places like San Francisco, reductionist assumptions about the Paradise City’s left-wing politics conceal deeper debates. COVID-19 made some more obvious, but nearly all of the city’s fundamental struggles long predate the pathogen from abroad.

In her video announcement, Sciarra acknowledged the oddity of launching her bid from her home office. “A year ago, I never would have imagined I would have made a public announcement from this spot.”

But, she noted, it was also from that spot that she steered a remote Council and countless other civic meetings. 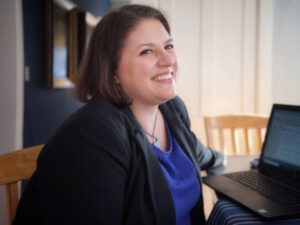 Gina-Louise Sciarra, ready to meet residents where they are (for now): Zoom, Microsoft Teams, Cisco Webex… (via glsciarra.com)

“Things have been tough, I know,” Sciarra continued. “But moments like this also come with great hope and possibility.”

Fishel launched a bid with a coordinated send-up of social media on Monday, accompanying the mandatory filing of state campaign finance paperwork. The candidate’s website describes a background in education, including working with children who had behavioral issues, before moving to substance abuse-focused clinical work.

The Fishel campaign did not reply to an emailed request for comment.

The twin mayoral launches come hours after Chelsea Sunday Klein, who ran for state Senate in 2018, announced she would not run for mayor. Though she lost the Democratic primary that year to now-Senator Jo Comerford, Kline retained a lot of juice and goodwill from that race. She had originally run as a primary challenge to Stan Rosenberg who later resigned amid scandal.

Noho’s virtual water coolers still buzz about other potential candidates.  Nomination papers will not be available until next month. Yet, it is plausible Fishel and Sciarra become the extent of the field. If that happens, the city will have no preliminary before November’s general election. Like most Massachusetts cities, Northampton’s municipal elections are nonpartisan.

Between Fishel and Sciarra, there are some clear differences, such as the trajectories of their respective activist work. Sciarra can claim more electoral experience, having served four terms on the Council. She currently serves at-large, but she had been a ward councilors for six years before the current Council term.

Yet Fishel and Sciarra share some attributes, too. Both describe similarly family units and both have degrees—albeit of different kinds—from the city’s academic citadel Smith College. Fishel’s website and a press release from Sciarra’s campaign detail many of the same issues that bedevil Northampton. Housing, business support and the environment feature prominently.

As the campaign advances, what may separate the candidates will be “how” the city can address its problems. Related to that, however, is the differing veins of Noho politics.

In arch-progressive places like Northampton, ideological differences are not always intuitive. In Noho, there is a vaguely establishment camp and another camp somewhat self-defined against the other. However, such lines are blurrier than those found in the city’s southerly neighbor during the height of the New/Old Holyoke schism.

Critics would say the outgoing mayor fell into this establishment basket. Narkewicz, genial and eagerly wonky, easily weathered grumbling that he did not go far enough with progressive reform. An open race will be different, but Sciarra is in a good position to inherit many of the mayor’s supporters and ultimately his office. She enjoys backing from several prominent Northampton Democrats and other city grandees.

While labels can be interesting for the Paradise City commentariat, how Fishel, Sciarra and whoever else build out their platforms could be more determinative. The city’s highly educated electorate could shift around depending on the policy prescriptions on offer.

Still, Northampton has an urban political culture dating back a century plus. It is a coalitional form of politics that has shaped big ticket races even today. The breadth of candidates’ teeming masses could determine who sits in the big chair come next year.