Holyoke Dialed “M” For a Morse Mayoralty: Did He Deliver?… 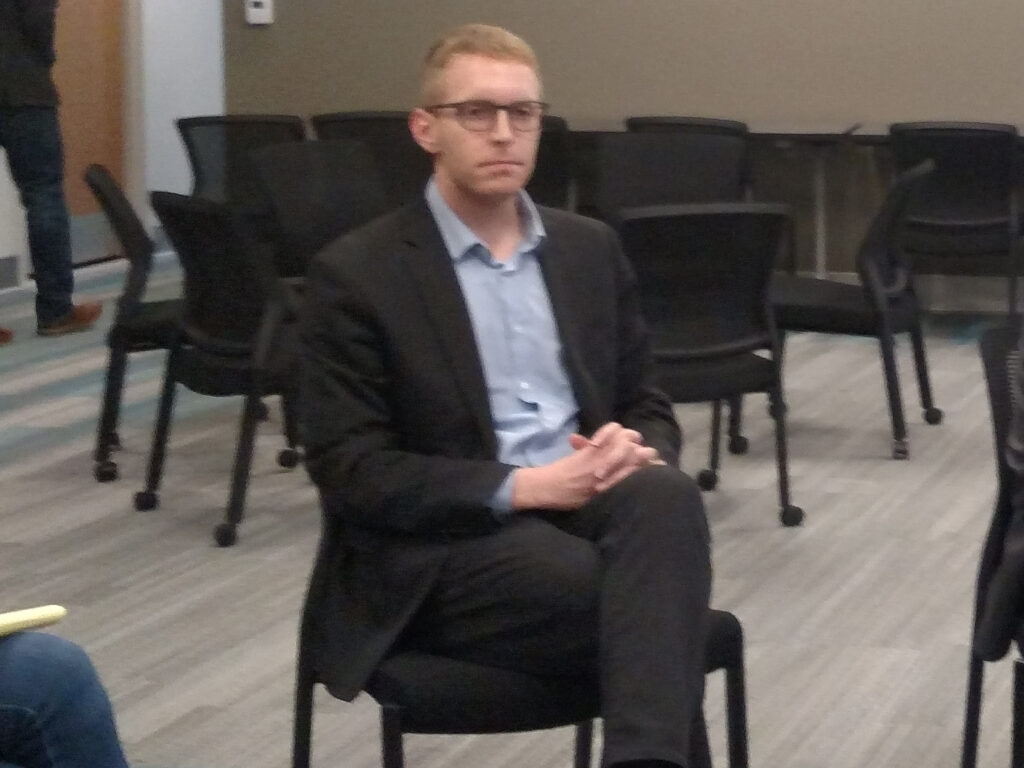 Did he answer the call? (WMP&I)

Holyoke famously releases its ballot petitioning papers early in municipal election years. In 2021 one person was not among the scramble for mayor for the first time in a decade. Alex Morse announced in December he would retire as mayor. Then last month the Provincetown Select Board named him their town’s next manager, prompting an earlier than expected exit. His last day is Friday.

A fierce debate about who will become acting mayor has overshadowed the closure of the Morse era. It is strangely fitting given the period’s tempests. A constellation of crises and at-times egomaniacal opposition made for a rough nine years. Morse did not always help the situation, recasting events to suit his needs. Yet, he leaves a stronger Holyoke than the one he found.

“I’m the first to admit that we still have challenges and not everything that I have sought to do has been accomplished,” Morse told WMP&I. “I think our city is a work in progress.”

There were slip-ups like the various U-turns on casinos. Despite valiant efforts at spin, efforts to reform Holyoke police got the backburner until he was running for Congress.

Yet the positives probably shine brighter. Projects took off under Morse. The cultivation of the marijuana business is a huge achievement. Perhaps his greatest legacy had no ribbon-cutting. Morse ignited and presided over a revitalization of the city’s body politic. In defeating Elaine Pluta, the incumbent in 2011, Morse made history as the city’s first open LGBTQ mayor and one of the nation’s youngest such mayors.

Voter turnout in Holyoke has risen, especially in municipal elections. Morse stoked those civic fires, appointing new faces to boards and commissions or, in his parlance, “opening the doors of City Hall.” More Latinos, women & LGBTQ people have sought and won local office during his tenure.

City Hall may not have changed as much as hoped but it did change under Morse. (WMP&I)

“I believe the Morse era as mayor will always be remembered for igniting a large number of voters for their first time,” at-large councilor and Holyoke political fixture Joe McGiverin said in an email. “This includes a higher number of young voters in his first campaign and what appears to be a significant number of older Holyoke’s registering and voting for the first time.”

McGiverin noted that the late former Mayor Martin Dunn had a similar effect. His supporters seeded waves of elected officials for years to come.

“Time will tell but I believe this will hold true for Alex’s supporters,” he said.

In an email, Ward 6 Councilor Juan Anderson-Burgos recalled his mother meeting “this white guy with red hair who spoke Spanish so well and was doing good things for the city.”

“That year, she voted for the first time in her life because Alex inspired her to,” Anderson-Burgos said. “I can’t help but think of the many others in this city who, like my mother growing up here after moving from Puerto Rico as a child, never experienced someone knocking on their door asking for a vote.”

The limits of his political power became clear last year.  Unlike everybody else Morse ever faced, US Rep Richard Neal had seen the mayor, or somebody like him, coming for years. Not every critique of Neal’s held up—former schools receiver Stephen Zrike  countering criticism of missed School Committee meetings. Yet, Neal tapped into doubts about Morse denying him a promotion.

By contrast, Morse bowled over Holyoke rivals with polished, well-financed campaigns. He didn’t always win the Council over outside his allies, but it was not total war with the remainder. He praised “fantastic public servants” like McGiverin and Peter Tallman.

However, the Holyoke City Council is a uniquely sharp thorn among Pioneer Valley cities. Trying even among its membership, it yields bizarre results. Lefty good government types found themselves cheering on Ward 5 Councilor Linda Vacon, a frequent Morse critic and noted political conservative, last week. She was battling to right a committee meeting that went sideways after Council President Todd McGee said he could not be acting mayor through year’s end.

Mike Bloomberg—no, not the former New York mayor—knew Morse for a few years before becoming his chief of staff in 2019. A native of Pittsfield who devoured information about cities’ struggles—think Detroit and its bankruptcy—Bloomberg said maintaining a functional government was among the city’s biggest challenge. The next mayor will face it, too.

“Most people’s interaction [with City Hall] is paying a bill, getting a birth certificate or you name it,” he said. “Doing those little things well is nothing to look down at.”

Bloomberg said Morse tried to correct this, but the political culture was not always cooperative.

That Morse’s salary managing Provincetown is more than double his mayoral pay says less about the season resort than the Paper City. The Morse administration tacitly encouraged supervisors to join unions to get around local rules that held down salaries. Massachusetts collective bargaining law supersedes local employee wage ordinances.

Last year, after he announced his retirement but well before the Provincetown Select Board sent up white smoke from the Pilgrim Monument, Morse spoke to WMP&I via about his legacy. There was a mix of wistfulness and exhaustion. Yet, he defended his record, sprinkling in accomplishments from Lyman Terrace to splash pads in the lower wards.

A common difficulty, he said, was explaining the holistic value of investments. Improvements anywhere in the city contribute to the whole of Holyoke. Mayor-council smashups were not new. He said Michael Sullivan—a predecessor an early endorser of Morse—encountered interbranch strife, too. 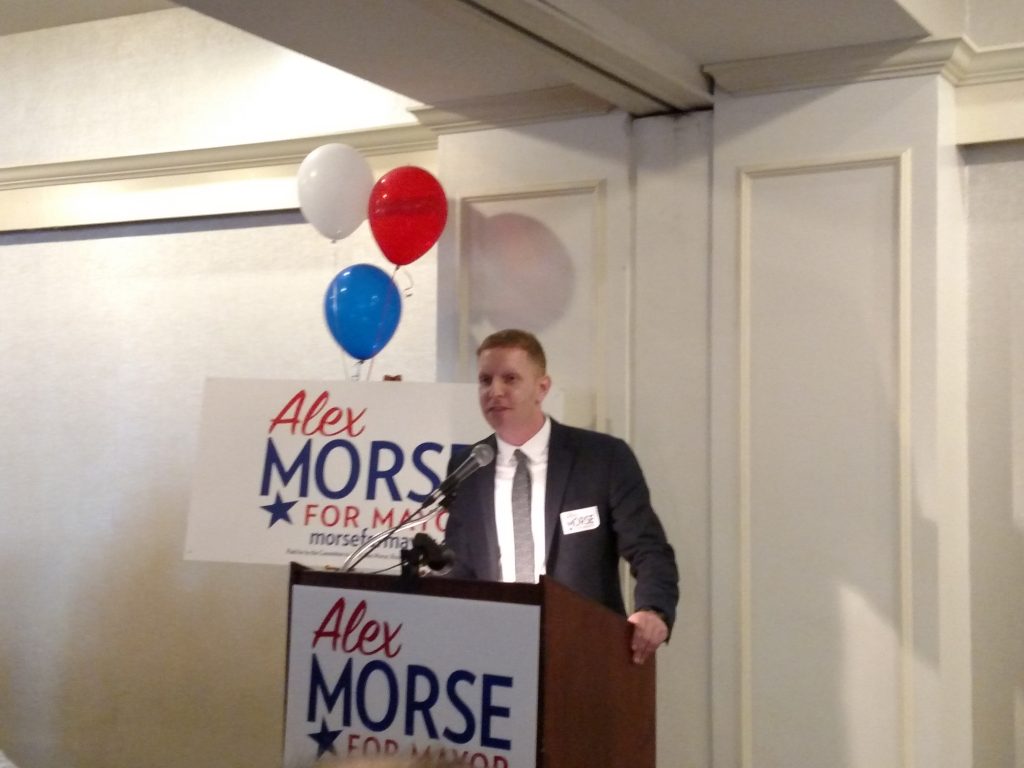 “One of the things that I know Mayor Sullivan, that had to contend with, to some extent, and I certainly have over the years, is a legislative branch that has sought to transfer authority from the executive branch into the legislative branch,” Morse said.

“I tried to professionalize city governments at a time where we have a history of politicizing it,” he said. His appointments would meet accusations that the individuals were merely friends or lacked qualifications.

If an accusation did not turn on favoritism, it could veer toward the personal. Rare were political attacks that centered on Morse’s sexuality. Rather, opponents would try to weaponize his age against him, casting decision as naïve and thus detrimental.

Morse pointed to the hiring Marcos Marrero in 2012. Until this January, Marrero had led the city’s economic development efforts. While he could have done the expedient thing and hired somebody well-connected locally, he chose an outsider in Marrero. Today only the grumpiest of Holyoke’s grumbling classes criticize the selection.

“What I would have also had to struggle against is the very parochial nature of this community, you know, why are you hiring someone that isn’t from Holyoke,” Morse said.

Despite the sturm und drang during the 2010’s Morse Wars, his push to turn Holyoke into the “Rolling Paper City” has succeeded, transcending the usual City Hall slugfests.

Morse was among the few public officials that backed the legalization of marijuana in 2016. His welcome attitude was repaid with interest from the industry. The Boston Business Journal once highlighted Holyoke for distributing the most pot licenses in the commonwealth. Although there was the occasional political sniping in municipal election cycles, even the Council has become supportive. Special permits pass easily, sometimes unanimously. 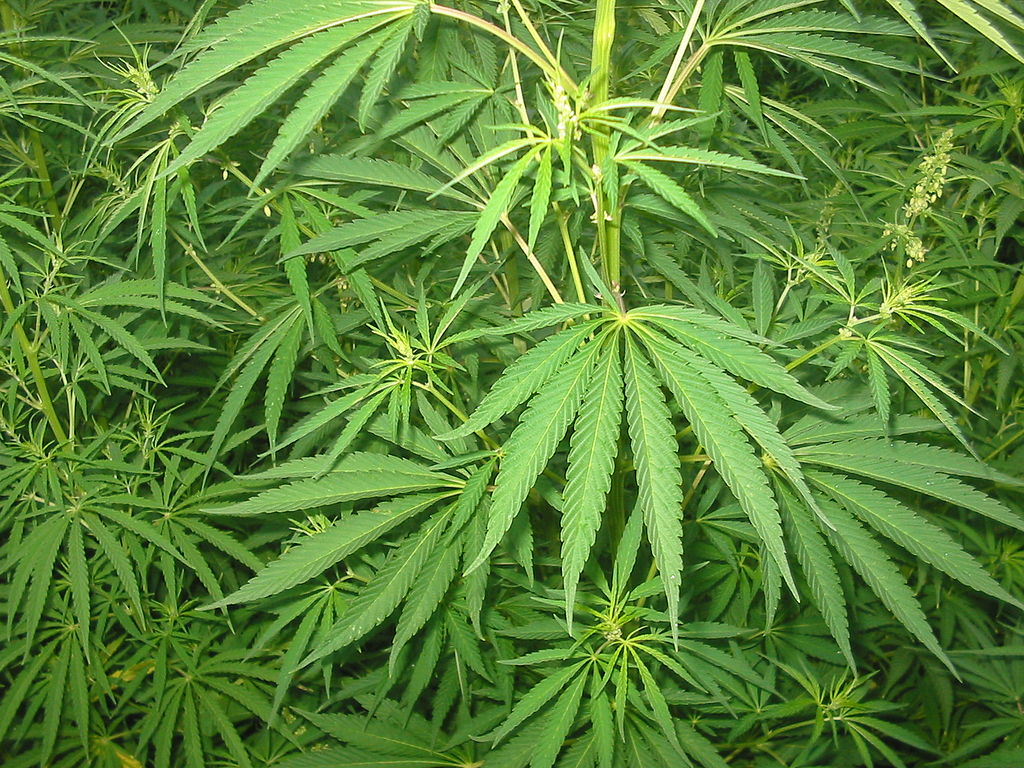 Holyoke seeing a different kind of green. (via wikipedia)

“Holyoke’s economy didn’t collapse overnight,” Bloomberg stated. “Certainly, over the last nine years, it’s stopped the freefall and made some incremental progress in the right direction.”

Jordan Hart, the executive director of the Holyoke Chamber of Commerce, feted Morse’s work on marijuana. She connected it to a broader revitalization of the city.

“Mayor Morse’s reign here in Holyoke allowed for a revitalization in a post-industrial city, and his warm acceptance of the cannabis industry has brought liveliness to long abandoned buildings,” Hart said. “We are beginning to see a new breath blown into Holyoke, and it was his leadership that paved the way for all this.

Wishing him well on his next step, she also noted Morse’s efforts to bring new voices to City Hall. How long that impact endures could depend on his successors.

Currently, the race to succeed Morse is all white. No candidates from the city’s majority Latino community has emerged. The field has some command of Spanish. Morse is fluent.

Bloomberg, the former chief of staff, observed that he was the only non-Spanish speaker during his time in Morse’s office.

“That’s incredible in a city of 40,000, to have two bilingual people answering the phones,” just in the mayor’s office, not including the mayor himself.

This largely Puerto Rican community been a key constituency for Morse’s since the beginning of his political career. By his own admission, they made the difference in some of his elections.

Speaking to WMP&I, Morse said he responded by ensuring he was accessible and that the community’s needs were front of mind when making decisions.

A Puerto Rican flag-raising at Holyoke City Hall in 2016. (via mifafestival.org/Jossie Valentin)

“This is one of the things I think I’ve worried the most about, is making sure that there’s somebody in Room 1 that looks out for everyone, oftentimes the most vulnerable,” he said referencing the mayor’s office location in City Hall.

“We need candidates and public discourse that speaks specifically to the Latino community and to all neighborhoods,” he said.

While Latinos are, on average, further down the socioeconomic strata than Holyoke’s white residents, going to bat for was not just about services. Morse discussed defending Puerto Rican themed murals—one has become a selfie background for visitors—pointing out they were no different than painted shamrocks on driveways and streets.

“Outreach can mean a lot of things,” said Councilor Anderson-Burgos of Morse’s engagement of Holyoke’s Latinos. “But it starts with working to make sure that those who often feel ignored instead feel like they are seen, are respected, and shown they have a role in how things change and get better.”