SPRINGFIELD—Rare are week after week regular Monday meetings of the City Council here. Normally, the next meeting after a regular session is for permits and one did appear on the agenda. Yet, this week, there was another regulation session with its own clutch of legislation before it. In addition to the long-awaited approval of a home rule petition to impose additional penalties on users of illegal fireworks, the Council considered new historic preservation legislation.

Until about a decade ago, the city only erected historic districts around blocks of the city. However, a scramble to preserve the then-closing Our Lady of Hope and the nearly-closed Immaculate Conception churches changed the equation. The districts contained only one parcel of church property. They broke the seal on single-parcel districts. Others have followed, in part to access historic preservation funds.

At-large councilors Sean Curran and Kateri Walsh were absent from Monday’s meeting. The meeting was the first with Ward 1 Councilor Gumersindo Gomez. Councilors selected Gomez to fill the seat his son vacated after joining the State Senate.

The turn toward single-parcel districts in Springfield came when parishioners of Our Lady of Hope and Immaculate Conception came to the Springfield  Historical Commission seeking preservation. It was not a city-driven process.

Most historic districts the city has established this century have had one parcel. That is partly because the impetus for establishing districts has changed. After the flurry of multi-block districts the city erected in the 1970s and 1980s, the desire for historic designation shifted from the City Hall to property owners. 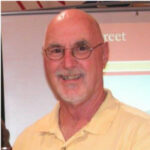 “The city has not been active in historic preservation period,” said Robert McCarroll, a former city Historical Commissioner and the chair of the Community Preservation Committee.

The city has and does create historic districts. The Council has final say. However, McCarroll explained, no organ of city government actively surveys potential historic properties and works with owners to establish new districts.

Outside Boston, the only state historic preservation law with teeth is the Historic Districts Act under Chapter 40C. There is no general landmarking law. However, 40C allows for districts to consist of many buildings or of one. Some Massachusetts cities have many single-building or single-parcel districts.

Well before turning to historic districts, the Council presented Health & Human Services Commissioner Helen Caulton-Harris with a proclamation. The city’s top health official has received near-universal praise for her efforts during the pandemic.

At-large councilor Tracye Whitfield appeared at the Council’s virtual meeting with Caulton-Harris so that she could give the commissioner her proclamation in person. Councils took turns feting Caulton-Harris for her work and dedication, which councilors have valued since well before the coronavirus.

Councilors received a Finance Committee report from Whitfield, its chair. She recommended passage of the financial items on the agenda. Ward 7 Councilor Timothy Allen also took the opportunity to inform his colleagues about a Friday presentation on an audit of the city’s retirement fund.

The lone special permit before the Council passed unanimously. It will permit a motor vehicle repair shop on Dwight Street in the North End.

Public Works chief Chris Cignoli asked the Council to hold off on a discontinue of the very end of Armory Street between Atwater and Weaver roads. Utility reports for Eversource passed without dissent.

Caulton-Harris countering COVID in May. (WMP&I)

The Council accepted $2.3 million grant for homeless programs. Caulton-Harris, whose department oversees the grant, said the funds have been an annual receipt for decades. She told councilor Gomez that the money funds no programs that specifically cater to homeless veterans. However, homeless veterans do benefit from city programs for the unhoused.

Councilors also greenlit a grant worth more than $284,000 that the city received from federal and state emergency management agencies. Cignoli, whose department will take control of the funds, described purpose of the money as disaster mitigation. Matched with $94,000 from the city’s coffers, it will assess repairs to the Tiffany Street culvert over Entry Dingle brook.

Another $60,000 grant the Council approved will fund a historic assessment of City Hall. Parks & facilities director Patrick Sullivan said the focus is 36 Court Street’s windows. Per Sullivan, they last received an update in the 1980’s. The assessment will also review the roof and the brickwork in City Hall’s interior courtyard. The assessment will produce a budget from which work could potentially commence.

The Council also confirmed Daniel Rodriguez to another three-year term on the Springfield Water & Sewer Commission (SWSC). The SWSC is a separate corporate entity from the city itself. However, the mayor appoints and the Council confirms commissioners.

Rodriguez appeared as did Joshua Schimmel, the SWSC executive director. The commission had been in the spotlight last year after proposing a 17% rate hike to make up for lost water revenue due to the pandemic. After water usage stabilized the SWSC abandoned that figure, but after years of increases this shook city electeds.

Both Schimmel and Rodriguez said water quality mandates from the US Environmental Protection Agency drive the hikes. However, passage of President Joe Biden’s American Rescue Plan provides funds to help pay water bills. The SWSC could qualify for direct funds, but it would likely benefit more if Biden’s infrastructure plan passes.

Also on Monday, the Council approved a home rule petition to Beacon Hill that would let the city attach additional penalties on the users of illegal fireworks. This vote came a few weeks after Mayor Domenic Sarno lashed out at the Council for not approving it sooner.

Springfield, like cities nationwide, experienced a nightly barrage of fireworks shortly after quarantine began last year. It continued even as restrictions began to lift in late spring. By the time the petition landed in front of the Council in late summer, the intensity of the problem had faded.

Still, there was a desire to impose stiffer penalties. Ward 6 Councilor Victor Davila and Sarno introduced a petition that would allow the city to boot or seize vehicles for nonpayment of fines. The item died in committee, ultimately prompting the mayor’s rant this month.

Reintroduced this week, it passed easily. Some councilors discussed how fireworks have begun going off already. Yet, the Council did amend it to make clear it applies only to vehicles used in the commission of setting off fireworks. The amendment also clarified that Pearl Street could not move on vehicles while an appeal of a fine was pending.

The amendment was unanimous. The final vote was 9-1 with Ward 4 Councilor Malo Brown in dissent. Ward 8 Councilor Orlando Ramos abstained. As a state rep, too, he could not participate in any action on the bill. If he had done so, under state ethics law, he could not have taken any actions on it while it was before the legislature.

Councilors also approved a resolution calling for the state to provide more data about vaccinations in the city. At-large councilor Jesse Lederman, who also leads the Council’s COVID committee, sponsored the resolution. While vaccination data about city residents has trickled out from the state, state data opacity has been a problem throughout the pandemic. Plus, clarity about who has received a COVID-19 vaccine is crucial as the city endeavors to inoculate residents on its own.

Before this week, the Council had passed several one-parcel districts in recent years. Among them were several downtown blocks, the Willys-Overland Building, and the Thomas Wason House.

Of the two single-parcel historic districts before the Council Monday night, only one passed first step. The owner of the Gunn Block, DevelopSpringfield, did not appear prompting the Planning & Economic Development (P&E) Department to request a continuance. 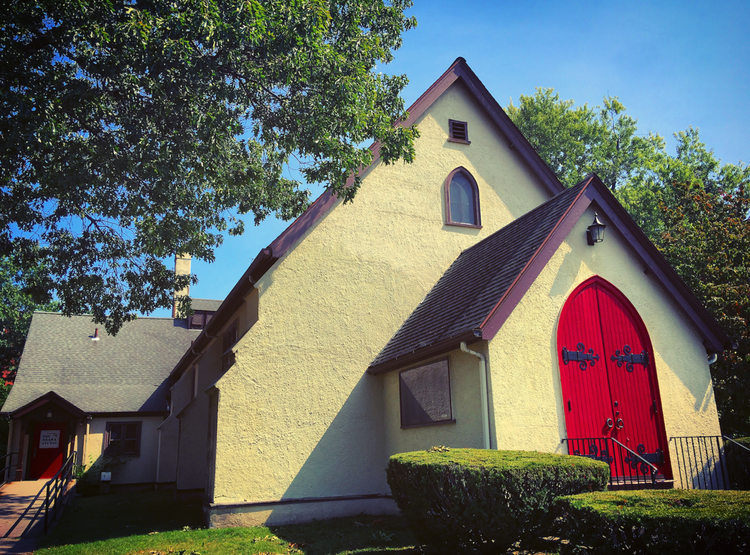 A House of God becomes a House of Drama. (via dramastudio.org)

The proposed district around the former All Saints Episcopal Church on Oakland Street did advance. Stephen Hays, Founding Direcgtor of the Drama Studio, which now owns the church, told councilors that the structure was designed in English Country Gothic. That style mirrored the architecture of the church Springfield founder William Pynchon, attended in England. Hays said the historic district would let the studio access to funds to maintain the property.

Access to historic tax credits is another reason single-parcel districts had come into vogue in Springfield said McCarroll, the former Historical Commissioner and longtime historic preservation activist. A similar reason owners seek protection is they invested their own money into a historic structure. Likewise entities like the MGM-sponsored historic fund do not want to see preservation they finance go to waste.

“It wants to make sure if you’re getting money, a future owner can’t come in and do something horrible to the building,” he said. The Community Preservation Committee has a similar policy.

While single-parcel districts are fine, McCarroll did say they can be a missed opportunity. For example, he observed that neighbors to the former All Saints Church also qualify for a historic preservation and could be in one district together. The Forest Park Branch Library, Carpenters Hall, Forest Park Middle School and the former Kesser Israel Synagogue were foundational structures in the civic development of the Forest Park in the early 20th Century.

Still, McCarroll continued, the task of assessing the historic value and rallying support for a wider designation should belong to the city.

“That’s putting too much onus on the individual owner being assisted,” he said.

The city has not had dedicated historic preservation employees in years. The Springfield P&E department currently staffs the Historical Commission, but the all-volunteer panel does a lot of work itself. Before the pandemic, there was talk of hiring personnel for the Commission. The fiscal doomsday scenarios COVID-19 ushered in squelched that.

However, Uncle Sam is about to drop a money bomb on Springfield. After clearing its pandemic deficits, the city could revisit its capital needs. With historic preservation a key part of livability, perhaps the Historical Commission could secure some help, too.