A Mayor Called Sue(d) is an occasional series on litigation over the Springfield Police Commission and executive power in the city.

A Hampden Superior Court judge dealt a massive blow to Springfield Mayor Domenic Sarno’s efforts to maintain complete control over city police. Judge Francis Flannery handed the City Council, which had sued the mayor, a near-total victory in its quest to play a role in reforming the Police Department. Moreover, the court ruling all but nukes Hizzoner’s claim that the Council has no role in shaping city department leadership.

Where Sarno prevailed was notable, but vanishingly significant. Flannery said that the Council could not impose qualifications on appointees absent statutory direction. This was an argument of the mayor’s, though he had taken the opposite position on the Fire Commissioner years ago. The judge also denied an injunction, a not uncommon refusal in such cases, and he noted complications ordinance’s ambiguities prompt. However, the Council has the full prerogative to correct them.

The ordinance Flannery referred to is now the operative legislation establishing the Police Commissioner. As the judge laid out in an extensive historical review, which included the 2020 movement to address police misconduct such as the killings of George Floyd and Breonna Taylor’s, the Council had attempted to bring back the Commission twice.

“They’ve been trying since 2016 to validate their authority,” said City Council attorney Thomas Lesser. But, he added, “It’s hard to employ your authority when the mayor is ignoring you.”

During the city’s fiscal crisis earlier this millennium, the Finance Control Board had abolished the Commissioner. The panel instead installed its powers in a sole commissioner, currently Cheryl Clapprood. Following a spat of police scandals, the Council had revived the panel in 2016 before revising it in 2018 to conform with the charter. (The 2016 law had impermissibly granted the Council confirmation powers for Commission appointments). 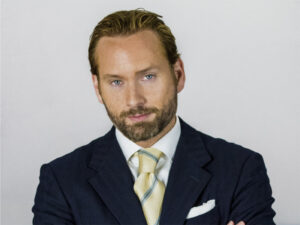 Judge Flannery: Let’s talk about that mayoral power of yours. (via parkerandogrady.com)

But, as Flannery also noted, Sarno had brushed off the ordinance, deeming it a violation of the charter. Th mayor never truly fleshed this claim out until the Council sued last year. Michael Angelini, a Worcester attorney Sarno hired as the city Law Department was conflicted out, claimed at oral argument this year that the Council had zero say on what a department leadership is.

“The mayor insists that he alone can decide whether to appoint one or twenty persons to lead the SPD,” Judge Flannery continues. “He ignored the distinction between a department’s organizational structure and the persons who are appointed to lead it.”

As of posting neither, the mayor nor his attorney had responded to a request for comment.

The Plaintiffs were ebullient.

In a statement, Council President Marcus Williams called the ruling a “great day. He expressed pride in his colleagues for sticking with reform and not backing down.

“This will lead to a healthier police department, better relations with our communities of color and bring accountability and reform to our police department,” he said. Though Williams cautioned that despites its caption, the case was not Springfield City Council vs. Domenic Sarno, but an opportunity to heal.

“I urge the Mayor to accept the court’s decision and I am hopeful he will develop the framework to implement the Police Commission,” Williams continued.

At-large Councilor Jesse Lederman feted the decision for sustaining “the separation of powers and the necessary checks and balances within local government.”

The mayor could appeal to the commonwealth’s intermediate court. Sarno did indicate to The Republican he will fight on. However, he might face an even tougher audience on appeal.

Flannery left little doubt that the mayor put forward no legal justification for icing the Council out of Pearl Street. If anything, he went further citing a 1939 case that explicitly declared a police board or commission can be the police’s department’s “head.” Thus the Council’s move to change what entity led Springfield Police was an entirely appropriate action.

Pearl Street set to be under new, and yet old management? (WMP&I)

Nor was the court impressed with the mayor’s invocation of state law allowing contracts with police leaders. If any conflict existed there, it was of his own making, the judge noted.

Flannery did invalidate the qualifications for police commissioners. The ordinance requires appointees to have been city residents for three years and bars current city employees. The judge said this stepped outside the Council’s ambit. He also drew attention to the ordinance’s ambiguities, which mostly spring from its incorporation of a 1909 law. That legislation, to the extent that it has any force, has been warped by succeeding legislation, making it difficult to divine direction from it and to the Commission.

“The City Council is free, if it wishes, to revise the 2018 Ordinance to eliminate areas of ambiguity,” Flannery writes.

Attorney Lesser and Michael Aleo, both partners in a Northampton firm, represented the Council pro bono. In an interview the attorneys emphasized how strong the judge’s decision. Even the striking of the qualifications was less than it seemed. The judge, they noted, tempered that by noting the mayor’s general obligation to appoint “recognized experts in the work” and people “fitted by education, training or experience to perform the duties.”

Lesser called the ruling a “great victory” for the Council and by extension the separation of powers. The implications of the decision go well beyond the police department. At issue was the Council’s very ability to sculpt, design and empower city government.

“We’ll see over time how the Council chooses to employ this authority,” Lesser continued.

Although both Commission ordinances passed well before Floyd or Taylor’s death, they came amid scandals among Springfield’s Finest. Indeed, Flannery noted the Department of Justice’s investigation into the Narcotics Bureau and its documentation of persistent civil rights violations as well. 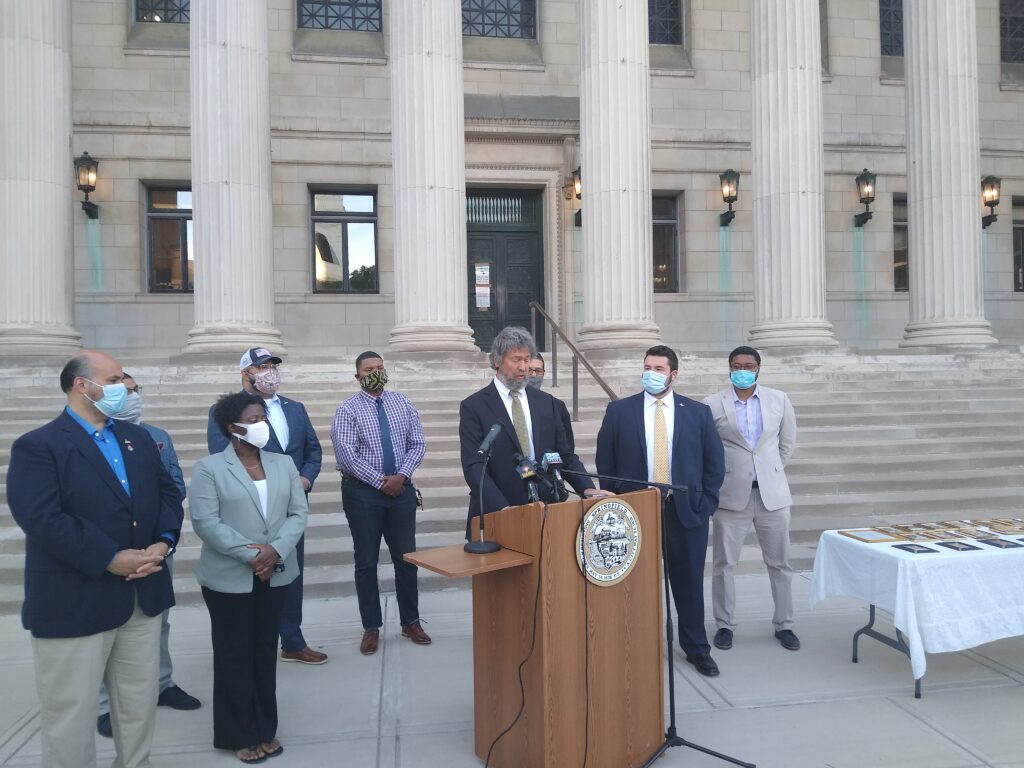 Attorneys Lesser and Aleo (peaking out  behind Lesser) with councilors last June. (WMP&I)

“The fact that Judge Flannery put this in the context of nationwide protests of police misconduct is striking and appropriate,” Aleo observed.

The court was ruling on cross-motions for summary judgment. Because there was no genuine issue of fact in dispute, both parties were asking the court to rule on only the law’s meaning. Thus the Council’s victory was not technically a grand slam. Still, it batted in more than enough runs for the court to grant a remedy.

On that front, the Council did not receive everything sought, but Lesser said this was normal. Flannery declined to issue an injunction or grant mandamus that would effectively order the mayor to appoint the Police Commission.

However, he did grant declaratory judgment, validating the ordinance and voiding Sarno’s wishcasting about his mayoral powers. As Lesser explained and Flannery wrote, the courts presume municipalities will abide by the court’s rulings. However, the option to return to Judge Flannery if the mayor’s obstinacy endures remains.

“We’ll absolutely do that if necessary,” Lesser said.