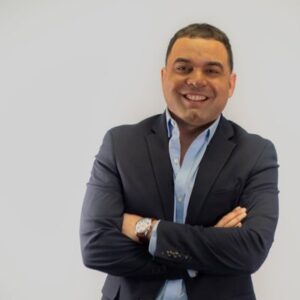 Don’t mind me while I lean into my resume. (via Twitter/@thegarciajosh)

Barely three days after the Holyoke mayoral contest expanded to four, the race appears to have grown again. Blandford Town Administrator Joshua Garcia has pulled papers to run for the city’s top job. His intentions became public Thursday, though as of posting time he has yet to file with the Office of Campaign & Political Finance.

Garcia would be the fifth candidate in a race left open after now-former Mayor Alex Morse announced his retirement last year. Before now, no candidate of color had stepped forward to run in a city that is now majority Latino. As a town administrator, Garcia would not only represent that demographic but bring a specific professional background to the race.

“The issues facing our city are complex and I am the only candidate with the broad municipal skills and knowledge necessary to help navigate the challenges and opportunities ahead, collaboratively, in the effort to connect, build, and grow our city,” Garcia said in a prepared release.

Garcia’s entry into the race was first reported by The Republican.

According to his LinkedIn page, Garcia’s career began in housing management before moving to municipal services at the Pioneer Valley Planning Commission. He had served a term on the School Committee from Ward 1. After moving, he sought the Ward 6, but was unsuccessful. A product of the Holyoke public schools, he holds two degrees from Westfield State University.

Select boards formally runs towns like Blandford. Almost all hire a manager or somewhat less powerful administrator, the latter in Blandford’s case, who manages the day-to-day of town government. Still, it is in the same wheelhouse as a mayor. Indeed, Morse departed as mayor of Holyoke early to take a town manager gig in Provincetown.

Two other individuals have pulled papers, but neither have filed with OCPF or made any clear public declarations. Absent that, it is also difficult to ascertain how either self-identifies.

Census estimates suggest that Holyoke is now majority Latino, primarily individuals of Puerto Rican heritage. However, the city’s historically Hibernian-dominant white population has had an outsized voice at City Hall, thanks to turnout patterns.

To varying degrees, white pols have reached out to the city’s Latino community over the years. Still, only in the last ten years has the city seen a sizable number of Latino electeds. Morse had made outreach to the city’s Hispanics a priority and their support was decisive in his elections.

But is his experience too Blandford? (via wikipedia)

While Garcia identifies as bilingual on LinkedIn, his campaign announcement put nearly all its weight on his municipal management experience. It frequently calls Holyoke’s highest office “manager,” a more technical appellation rather than a more political term of mayor.

The release delves deeply into the intricacies of municipal finance, including Holyoke’s notoriously Byzantine fiscal situation. Addressing these issues, he says, are essential to the city’s success.

“By strengthening measures that maintain accountability within our local government and how we fiscally manage, only then will we have the opportunity to better mitigate liability, adequately support our departments, and effectively meet the needs of our neighborhoods,” he says in his statement.