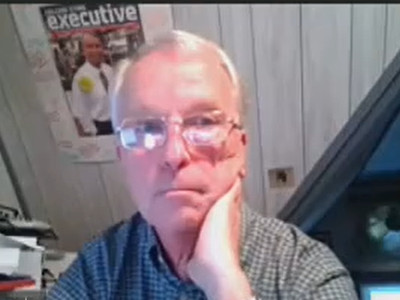 Last week, Beacon Hill approved a new procedure to allow Holyoke to select an acting mayor other than the Council President. On Monday, the City Council made their choice. Ward 2 City Councilor Terence Murphy shall serve as acting mayor through November.

Murphy’s appointment was the result of a cascade of events beginning with the resignation of now-former mayor Alex Morse. Rather than suffer the cost and difficulty of a special election mid-pandemic, councilors sought state approval to let an acting mayor serve until this year’s regular election. Then Council President Todd McGee announced he could serve as acting mayor only briefly. The result was new language empowering the Council to choose an alternate acting mayor.

“I am humbled and I’m appreciative of your confidence that I can do the job,” Murphy said prevailing over at-large councilor Peter Tallman.

A former three-time at-large councilor, Murphy has served as Ward 2 councilor since 2019. The Council chose him then, too, to fill the seat after Nelson Roman resigned. Murphy had originally not planned to seek a full term that year, but ran when no other candidates stepped forward.

With two councilors vying for mayor, but neither seeking the acting title, the contest to succeed McGee will have big short-term impacts, but few long-term political implications. Still, for some Holyoke chin-scratchers, the vote offered vague echoes of the decade-long Morse wars between the city’s political factions. 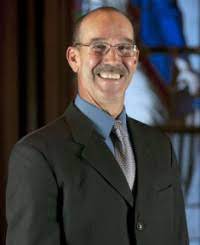 Councilor Tallman, but short on the votes. (via holyoke.org)

The 8-5 vote in Murphy’s favor—which the Council nominally revised to unanimous—followed familiar patterns. Councilors Juan Anderson-Burgos, Libby Hernandez, Glady Lebron-Martinez and Rebecca Lisi in voting for Tallman, a long-serving member who also voted for himself. The three Latino councilors and Lisi were often allies of Morse. Tallman himself was neither a stalwart supporter of Morse’s agenda nor among those ever-rending their garments over the ex-mayor’s every move.

To be fair, Murphy did not fit cleanly into either category either. Overlapping with two out Morse’s nine years as mayor, Murphy only became a critic later in Morse’s mayoralty. Still, many if not all votes Murphy received came from the crowd prone to Morse-induced ischemia.

In Massachusetts, ascendance to acting mayor usually does not void a councilor’s position on their legislative body. There are exceptions. Lawrence, which like Holyoke moved to cancel a special election after its executive departed early, explicitly vacates the councilor’s seat while he or she is acting mayor. The vacancy procedures for that council seat then apply. However, if voters elect somebody else to become mayor, the acting mayor returns to the Council, displacing their council successor.

Holyoke has no such provision, but councilors wanted explicit assurance the acting mayor did not lose their Council seat. Presumably, this would supersede any laws that would discourage a councilor acting as mayor from participating in Council votes.

At the meeting Monday, McGee said he had invited both Murphy and Tallman to speak with department heads so whoever won could hit the ground running. Acting mayors face some limitations. The Council has some say in decisions that they would not have with an elected mayor.

Murphy will take office once the City Clerk can administer the oath. He has not expressed any interest in seeking a full term. His mention of the months he would serve as and his wife’s acquiescence to even seeking the acting mayoralty suggest he has no longer-term designs.

Already in the race are Councilors Lisi and Michael Sullivan. At-large School Committee member Devin Sheehan has also announced a bid. Former Morse aide Billy Glidden has opened a campaign account and could announce as soon as this month. A Gloria Caballero and Christopher Kosinski have also pulled papers for mayor but otherwise have no tangible campaigns yet.