Governing Paradise is an occasional series on impending change in Northampton government. 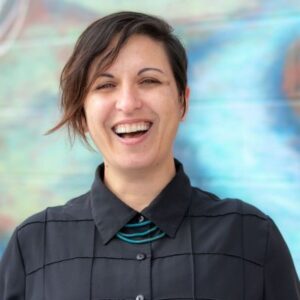 Shanna Fishel is running for mayor, but also able to laugh about it. (via Twitter/@shanna4mayor)

Even before the pandemic, an open seat for mayor of Northampton would have likely attracted a spirited contest. The onset of the COVID-19 only accentuated many of the problems in the city. With its uber-involved and uber-activist population, it is no surprise that different approaches, if not always policy, would quickly emerge this election year. Exhibit A: the candidacy of Shanna Fishel.

Fishel appears to be pitching a deliberate yet careful break from the status quo. It is a campaign arguing the city’s needs require more aggressive action and a willingness to use its assets. These critiques do not lay siege upon the record of outgoing mayor David Narkewicz. Yet, this outlook also feeds into a broader question of the Paradise City’s role in the overall valley.

“If we really believe in being good for people, we have to use our power and our wealth, and our resources, whether material or natural, to look at people that are not getting services and it might mean to stretch beyond the borders of our town, and see how can we help our neighbors as well,” Fishel said.

It is a two way street and requires looking at how those communities’ “wealth” can better Northampton. “I think that cross community collaboration is very important in terms of figuring out how to share the wealth.”

In January, Narkewicz announced he was retiring after a decade leading this arch-progressive burg. For many on the left of Noho’s left, the incumbent has been a too-careful addressing many of the city’s problems. Still, his aw-shucks demeaner and eager wonkiness all but disarmed the loudest critics, especially in his elections.

Council President Gina-Louise Sciarra announced about when Fishel did. She is widely viewed as a successor to Narkewicz. However, the race is too early to place such narrow or facile definitions upon the candidates. So far, handicapping favorites falls to the groups and cliques that crisscross Northampton political life.

Their assessment process is ongoing, policy—which many Noho voters will devour—is still in the offing, and the field could still be forming . Since Fishel and Sciarra announced, two others, Jared Greenberg and Rosechana Gordon, have formed mayoral campaigns with the Massachusetts Office of Campaign & Political Financing. 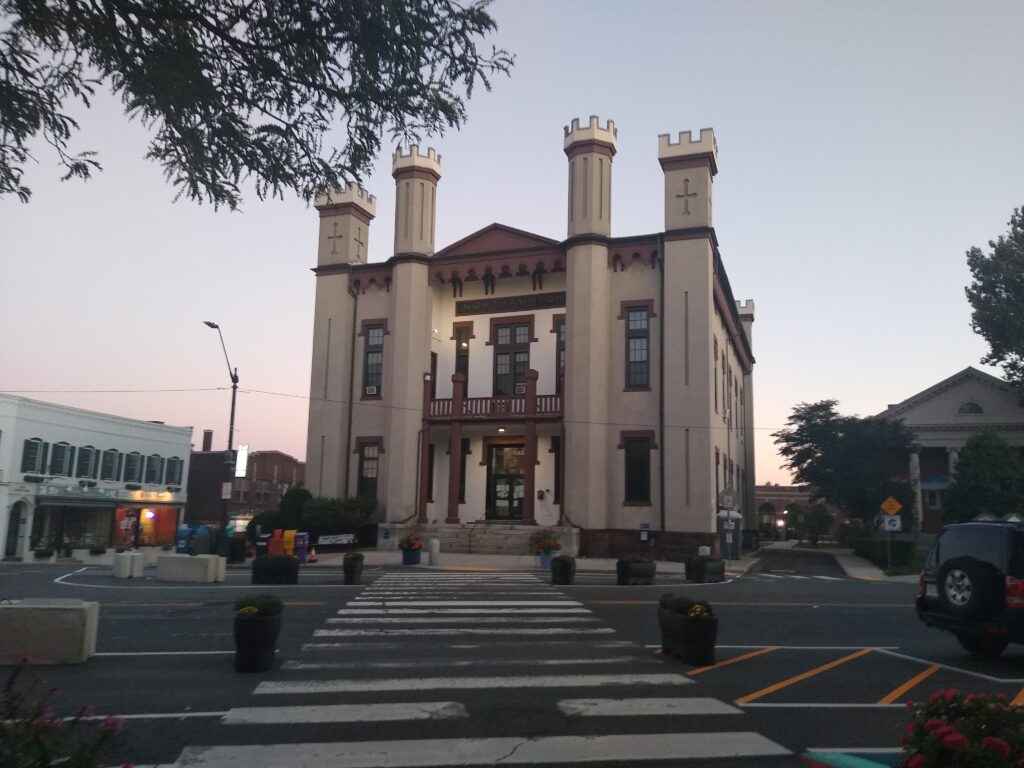 Paradise City’s mayoral field is getting crowded. (via Facebook/Northampton official)

In a phone interview with WMP&I last month, Fishel, who identifies as genderqueer (and uses nonspecific pronouns), outlined their goals for the city if elected. Living in Leeds with their partner and two kids, Fishel’s professional background has informed the political. Working as a teacher and now a licensed clinical social work with spells overseas in Israel, underpins a focus on social justice.

For example, many of Fishel’s clients exhibit behavior that, if these same people were Black or brown, might bring about a dangerous encounter with law enforcement.

“Often times I feel that I’m banging my heads against the wall because no matter how much effort I put in with my clients to better their lives,” Fishel said, “I end up noticing and experience how municipal state and federal decisions really create undue justice, and barriers, that no matter the efforts of the clients to better their life, they just can’t get there.”

Fishel praised Narkewicz’s fiscal stewardship, noting that the city’s savings and strong bond rating give it flexibility to leverage other monies. Fishel also suggested that not enough outreach and inclusion occurs on key things like the budget. 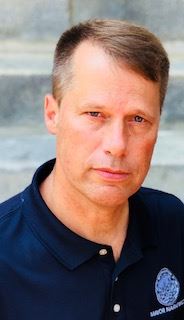 Even D-Nark’s critics are often not that harsh. (via northamptonma.gov)

Still, the candidate tiptoed around feint praise as much as possible.

“I think that he is leaving a stable, financially stable community,” Fishel said. However, as to where Northampton is going, “Many feel that it’s not the right direction.”

This a focus on inclusion echoes the mental and physical needs Fishel sees.

Before becoming a candidate, Fishel worked on these issues outside of their day job, too. Aimee Francaes, who is not currently endorsing any candidates, pointed to Fishel’s work on Community Fridge. The project was in the process of starting up when the pandemic hit. Once the shroud of the coronavirus fell, everything became even more difficult. Fishel was one of the people keeping things going, especially in those difficult early months.

Lily Newman has worked with Fishel on Black Lives Matter events in the Upper Valley. Newman praised Fishel for listening to often unheard voices and approaching work with humility and dedication.

“Shanna,” Newman said, “cares deeply about people and equity and it seems to drive her to lead and take on an incredible amount of important work.

However, the challenges Northampton must address, especially those with a racial subtext, go deeper. An interlocking problem of housing, zoning and homelessness has bedeviled the city for years. At least part of this is the fault of relatively recent state cutbacks. However, the city has a role, too.

Take those without housing. Compared to its poorer peers downriver, Northampton has resources that could be better or more deliberately aimed at the homeless. Fishel says that housing should be front and center and a failure to do so only breeds mental illness. That in turn can further the cycle of homelessness. 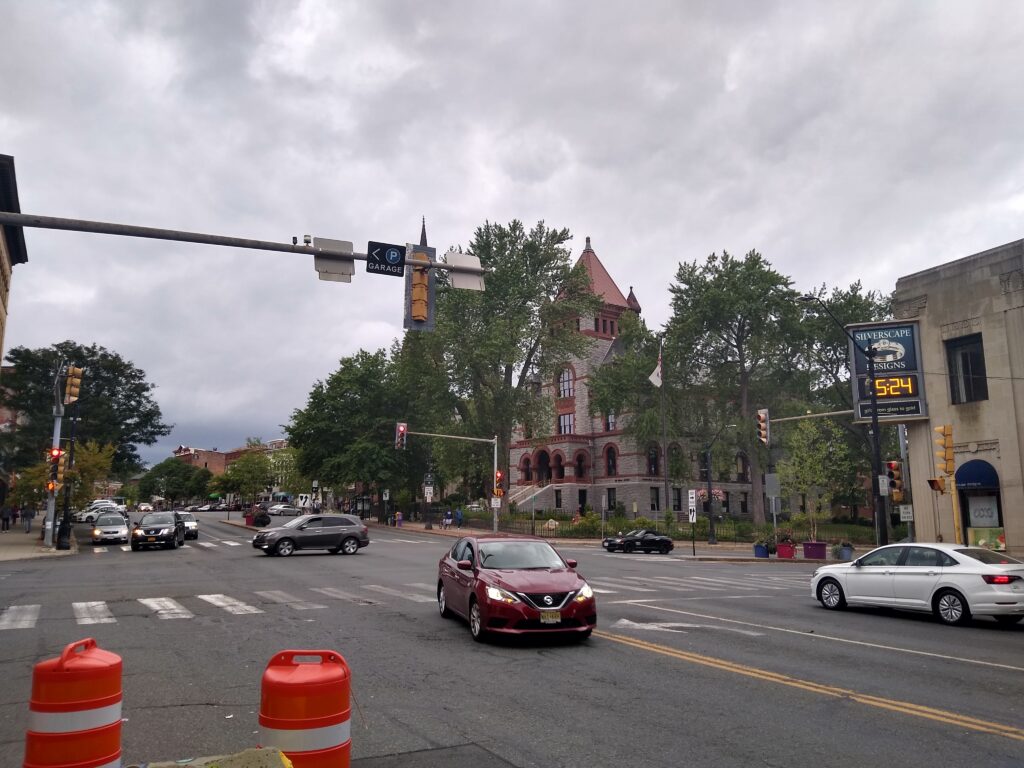 Northampton has a visible population of unhoused people. Has it done to get them housing? (WMP&I)

“Anyone that is houseless will have some kind of mental health issue, either a reason that brought them into the situation of losing a home or as an impact because of losing a home,” the candidate said.

The failure of the city to do more, such as with housing, Fishel illustrated with an anecdote. Last summer, when COVID closed many cities’ pools, a river near Fishel’s home became a popular swimming site. Cars, many belonging to out-of-towners (read: often nonwhite), began appearing along the roads near the river. Residents began calling the police, an outsized response, Fishel said, especially at a time when Northampton and its residents could more readily share a resource.

In the same vein, Fishel supports revisions to zoning to allow for more housing and the kind of housing anybody can utilize.

Jose Adastra told WMP&I he first connected with Fishel on the “413 Stay Woke Stay Active” group. He found himself on the same issue as Fishel on issues from building equity in the community to protecting the environment.

“That means alternatives to the police, real solutions to the complex issues of houselessness, and real accountability to marginalized communities,” he emailed.

“After we spoke on the phone I felt an unusual sense of relief and I knew I would be happy supporting Shanna,” said Adastra, who is now working on the campaign’s field program.

Fishel’s rhetoric does suggest some larger ambitions, at least vis-a-vis Northampton’s place in the wider Pioneer Valley. For them, that can mean challenging how social services, particularly mental health and substance abuse, have effectively become off-limits in many communities. Consequently, these services instead end up concentrating in poorer cities.

This can also manifest as advocacy for regional issues such as rail service and broadband internet.

“Northampton, like many cities, is at a turning point,” Newman, who organized BLM events with Fishel. “They can take equity and justice to the next level, or stagnate. Shanna is the kind of leader who will take this to the next level.”

Cities like San Francisco that are overwhelmingly Democratic and left-leaning—or left-cantilevering—often have a moderate and progressive camp. Northampton is no different. Plenty in the moderate camp would claim to be progressive. Many in the progressive camp hold views or support policies that are in fact alien to their professed ideology.

Separating out where the mayoral contenders fall, however, is not entirely up to the candidates. Such distinctions can be ephemeral or subjective. Still, Fishel is gearing up to test Northampton’s commitment to the underlying values.

“Since Northampton is considered to be the progressive minded city, we really need to look to ourselves,” Fishel said. “What can we do in order to care for our community?”