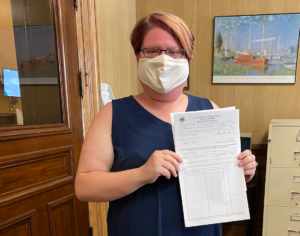 While Holyoke is set for a wild ride in the open mayoral race, the city’s other executive offices look like a walk in Heritage State Park. In addition to the mayor, the city will also elect the Treasurer and City Clerk. The incumbent Clerk, Brenna Murphy McGee, is facing no competition. So far, the newest executive hopeful to pull, Katie Jackowski, a Treasurer candidate, is alone, too.

Holyoke’s famously long petitioning period for ballot access does not necessarily mean a crush of candidate even for open races. It has spawned a huddled mass yearning to breathe “elected mayor” and to a certain extent on the Council. That Murphy McGee faces no challenger yet should shock few. Well-connected and well-respected in the role, a contest against her would be a slog. Yet, the disinterest in the Treasurer’s race is somewhat surprising.

That Jackowski. who pulled papers Thursday, would run makes sense. Just as the extant Hampden County offices have gravitated toward people with relevant experience, so too has the Holyoke City Treasurer’s office. She has served as acting Treasurer since the resignation of Sandra Smith in Februrary.

“My reasons for running for Treasurer this year are simple – since March I have been doing the job and doing it well,” Jackowski said in a press release. “I bring a decade of municipal finance experience and education to this race.”

According to her release, Jackowski had served in the Treasurer’s office for five years. A graduate of Bentley and UMass-Amherst with a degree in accounting and a master’s in business respectively, she has been the city’s tax collector, a position the Council appoints, since 2016. The 10-3 vote then was in stark contrast to the contemporaneous deadlocks to fill the city auditor’s job. That could evince some broader support.

Indeed, Jackowski, a lifelong city resident, invoked her family in her release. Her grandfather was a city councilor and her father worked for Holyoke Gas & Electric, the municipal utility. She said his death last year due to COVID-19 fueled her decision to run for office.

“My family has called Holyoke home for generations and I’d be honored to continue our tradition of service to the community,” she said. 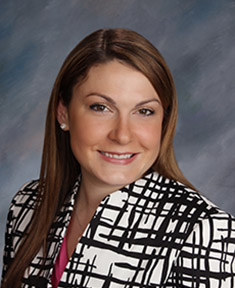 Compared to its urban brethren downriver, Holyoke has had a better record of electing women to its various offices. A woman has served as mayor and a third of the mayoral field are women. Jackowski, if elected, would replace another woman. Murphy McGee has served in her position for nearly eight years and succeeded Susan Egan who held the job for 20 years. The Council and School Committee have had sizable female contingents in recent years.

Murphy McGee, a former councilor, had announced her run for reelection in February. In her announcement, she touted her office’s navigation through the pandemic and her efforts to upgrade equipment. In Holyoke, the Clerk also oversees elections. Thus, her office not only had to sustain Clerk services through the pandemic, but also run an election unlike any before.

“It has been one of the biggest honors of my life to serve the city that I was born and raised in, and I hope to continue working for the citizens of Holyoke,” she said in her release.