Briefings: Some Springfield Stations to Channel 40 Shades of Gray… 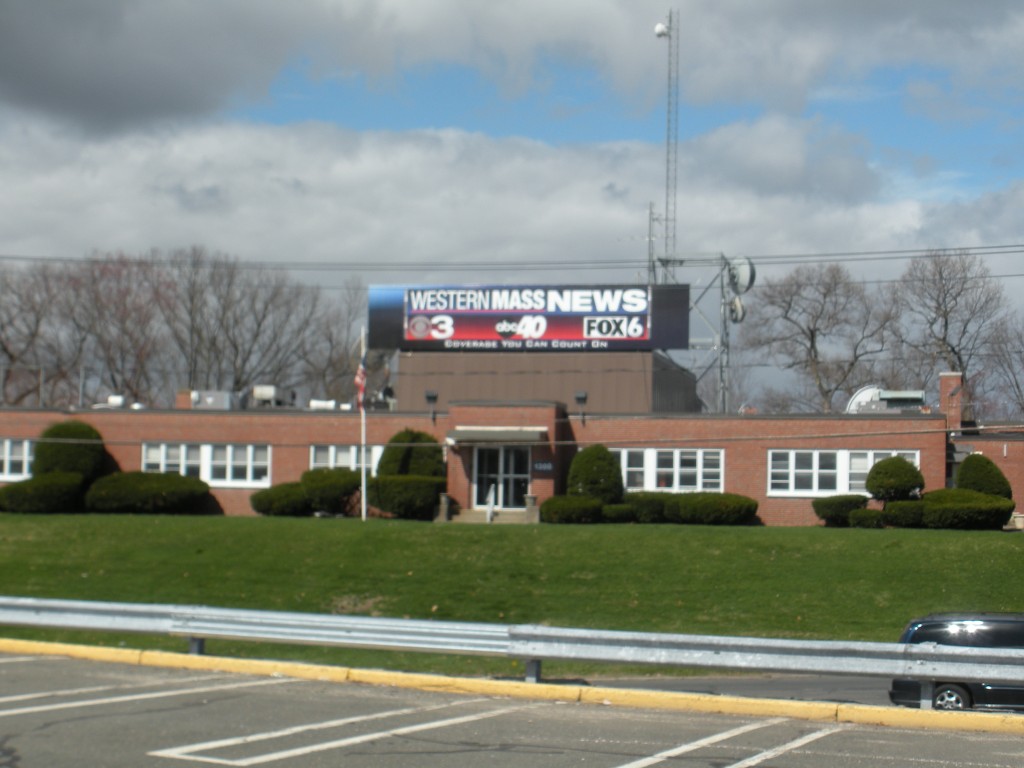 Due for new management. (WMP&I)

Nearly seven years after Meredith Corporation purchased WGGB and effectively merged it with WSHM, the company is selling its television assets including those in Springfield. Des Moines-based Meredith will unload its 17 local television stations onto Gray Television, whose home base is in Atlanta. Meredith to focus on print and digital properties, among them People and Better Homes & Gardens.

Media watchers had been eyeing Meredith’s sale for some time. Gray’s purchase comes amid its own longer-term trend of growth. The Atlantan concern does not hold any licenses in the 413. Therefore, the acquisition of the Springfield channels does not, on its face, presage any uncertainty due to federal ownership rules.

“The television station portfolios, company cultures, and commitments to localism of Gray and Meredith are highly complementary,” Gray Executive Chairman and CEO Hilton Howell said in a company release. “We are very excited to acquire Meredith’s excellent television stations, and we look forward to welcoming its employees into the Gray family.”

Per its release, Meredith will spin off national media assets (magazines) to shareholders. Gray will then acquire the rump of the company for $2.7 billion in cash.

Meredith’s shareholders must approve the transaction. Gray’s release suggests this will be a formality as major Meredith shareholders are already on board. The transaction requires federal regulatory approval, too.

Meredith Chairman and CEO Tom Harty said Meredith will improve its financial position, reduce debt and focus on core brands with this sale. Although Meredith had a long history in broadcasting, Harty called Gray’s takeover of Meredith’s stations “a great strategic fit.”

“We are incredibly grateful to our colleagues for their years of dedicated service and industry-leading work,” he said in Meredith’s release. “Our broadcast stations have been an important piece of Meredith’s history for nearly 75 years and have become integral to the communities they serve, providing outstanding coverage, local insight, and strong advertiser partnerships.”

Meredith’s presence among Springfield media is relatively new. While its history as a low-power signal goes back decades, WSHM began its modern broadcasting life in 2003 essentially as a Pioneer Valley repeater for WFSB in Hartford. However, Meredith invested in local operations including a newscast. Like its Hartford sibling, WSHM affiliates with CBS.

By comparison, WGGB (UHF Channel 40) was once the television alter-ego of WHYN. Originally CBS-aligned, it switched to ABC over 60 years ago. While historically second to WWLP—today a Nexstar property—WGGB’s newsroom featured venerable local journos like Ray Herschel and Dave Madsen. Unlike WWLP, WGGB operated and continued to operate in Springfield proper.

WGGB changed hands many times before BusinessWest publisher John Gormally bought it. He sold the station to Meredith in 2014. This did not violate ownership rules because of WSHM’s low-power signal. All local WSHM operations—some functions were in WFSB’s Rocky Hill, Connecticut facility—shlepped over to WGGB’s Liberty Street building. The combined news operation became Western Mass News.

More colorful than it seems? (via wikipedia)

Although Gray identified $55 million in “synergies” from the transaction—read: savings—the impact in Springfield could be minimal. Gray owns no stations in this market and its only New England stations are in northern Vermont and Maine. Consolidation of functions Meredith has in Springfield or Hartford could prompt job losses, but culling duplications at the headquarters level first seems likelier.

Western Mass News has a lean newsroom. WWLP’s news staff is only slightly larger, but the station enjoys a monster share of the local commercial television market.

From a journalistic perspective, some may deem Gray’s purchase a relief. Another rumored contender for Meredith assets was Sinclair, a local television group that has polluted newscasts with right-wing propaganda.

Kara Kelly, a spokesperson for Meredith, did not return a request for comment about the company’s Springfield assets. Kelly told the Associate Press no staffing changes were on deck at this time.

Steve Doerr, Vice-president and General Manager for Western Mass News and WGGB/WSHM declined to comment on the transaction. Gray could not be immediately reached for comment.

Gray has been adding stations from companies both big and small for several years now. It also operates a Washington bureau, a plum only owners of large local TV portfolios can sustain (Nexstar among them).

According to its release, when its purchase of Meredith’s licenses closes in the fourth quarter, Gray will be the nation’s second largest television broadcast entity.