SPRINGFIELD—In what may have become a pattern, the City Council here held a second regular meeting in sequential weeks. This occurred in March, too. Its May 10 meeting consisted of financial orders and leftovers from the prior week. Thus, the meeting sped along an unusual clip, especially for the virtual version of the Council.

A couple of the utility issues from the prior week had resolution. Perhaps most significantly was final passage of an ordinance. At-large councilor Jesse Lederman’s wage theft bill received final approval. The remainder of the agenda was primarily financial items, one of which offered an opportunity to harken back to the controversial police shooting range lease.

Reports from committee largely centered on review of pending items. However, Lederman, who also chairs the Council’s COVID committee, said Springfield had begun an aggressive outreach campaign to bolster its vaccination numbers. Barely a quarter of the city is considered fully vaccinated.

The Council kept a review of gas meter cabinets in committee. However, it greenlit utility petitions for Chapin Terrace and Springfield Street. Ward 2 Councilor Michael Fenton, who represents both areas, said the issues had been resolved sufficiently.

New petitions from Eversource for Career and Central streets and Sumner Avenue also received approval. On Sumner, the utility will be replacing a low-pressure conduit with a medium-pressure one.

Health and Human Services Commissioner Helen Caulton-Harris presented a $1 million grant from the American Rescue Plan (ARP). She said the funds will support the city’s vaccination efforts. It received approval without dissent.

The Council also approved a $150,000 transfer from the Library Foundation to fund operations at the East Forest Park branch. The chair of the foundation, Patrick Markey, told councilors the funds came from donations the public had contributed. The foundation collected them and was now transferring them to the Library Department. 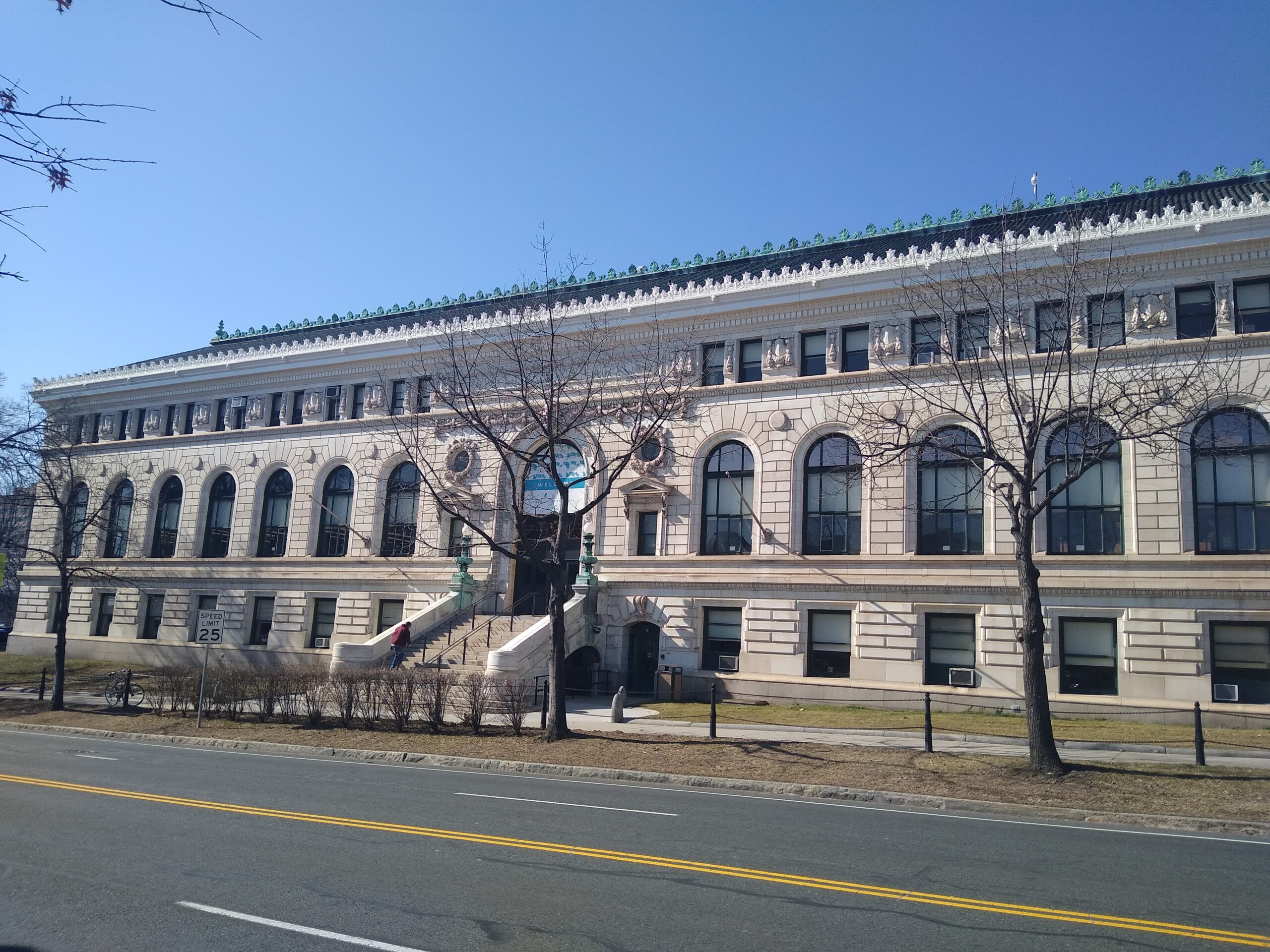 Library director Molly Fogarty also relayed news Caulton-Harris had broken early in the day about library reopenings. Fogarty’s department is targeting an August resumption of in-person services. The Central Library’s reopening, however, will not occur until September due to a lack of air conditioning. A general absence of HVAC in the Central Library is a longstanding problem. Earlier on Monday, Mayor Domenic Sarno did not rule out using ARP funds to improve that building’s ventilation.

Councilors continued consideration of John Ramirez for confirmation to the License Commission. They did approve a transfer within public works’ budget for yard waste.

A series of transfers totaling over $320,000 within the Parks, Recreation and Facilities Department attracted some scrutiny. The agency’s director, Patrick Sullivan, said the funds would retire debts related to late snow removal and fill shortfalls in other budget lines. Although Public Works clears city streets, Sullivan’s department clears snow on municipal property.

The other funds went to additional landscaping activities and funded the personnel line for the Barney Estate Carriage House. Because COVID-19 made events impossible, the facility had no revenue. The city opted not to lay its employees off, though. The transfer replenishes cash events would have otherwise produced to pay salaries.

Ward 8 Councilor Orlando Ramos queried Sullivan about whether any of these funds had become necessary because the Council had cut money for the Shooting Range last year. Because the facility is a lease, it appears in Sullivan’s budget rather than Pearl Street’s.

“I know that the City Council never approved the transfer for that,” Ramos said.

Sullivan denied these transfers had any connection to the range. However, he reiterated his support for the relocation of the shooting range from the Police Department’s basement on Pearl Street.

All transfers passed without dissent as did authorization to pay $2100 in election and public works bills from last year. The School Department sought and received authorization for four-year leases for student and teacher laptops. Springfield schools lease computers on a four-year rolling basis with 25% replaced each year. Under state law, city organs cannot enter into contracts longer than three years without Council approval.

But maybe not missing the building? (via Spfld Public Schools)

At-large councilor Tracye Whitfield, a lead sponsor of the ordinance making Juneteenth an official city holiday, requested the Council delay second and third step. She said she was scheduling another committee hearing before bringing it before the body for final passage.

The Council also continued review of a Parking Authority arrangement and a speed hump ordinance.

The final item was the wage theft ordinance. The ordinance would bar the city from contracting with firms that have violated wage and hour laws. Councilors approved a series of technical changes to the bill before granting it final passage. The most significant of these amendments was limiting the ordinance’s applicability to contracts valued over $50,000.

Councilor Fenton also offered an amendment to exempt any organization that had a settlement over wage violations. Thus, the applicability would be limited to agencies that faced a government finding of a violation. Fenton said this would encourage settlement of claims. This amendment passed as well. Second and final step passed unanimously.

Week after week regular meetings may be permanent or an aberration of the calendar. There was no announcement of any change. Normally, regular meetings occur twice a month at least two weeks apart. Permit hearings happen in between. The Council recently changed its rules to cap meetings at 10pm—though execution of this rule requires a point of order. Still, perhaps a concurrent solution should be the Council meeting more often to slim down each agenda.