Springfield Set to Adopt Its First Budget As COVID Recedes…

UPDATED 4:30PM: An earlier version of this post indicated the Springfield City Council will vote to approve the budget this week. That vote will actually be later in June. 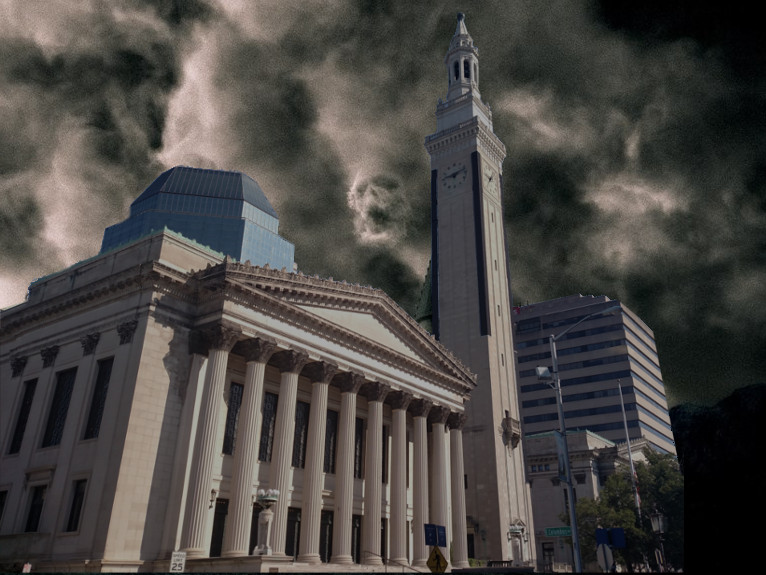 The worst in the rear-view mirror for Springfield fiscally? (created via WMassP&I and Warner Bros. images)

Springfield is set to emerge from the pandemic in relatively fiscal good shape as the city’s various organs come together to approve the budget. Mayor Domenic Sarno, Chief Administrative & Financial Officer Timothy Plante and the city’s Finance Department released a nearly $756 million budget last month. The topline reflects a larger increase than last year, which the resumption of more normal operations partly drove.

The budget apocalypse feared last year, never came to be. Nevertheless, the chaos of last year was still disruptive. City finance officials kept the budget out of a nosedive. A helpful factor was Springfield today has better fiscal craft compared to even few years ago or what some of its peers have now.

“We’re in pretty good shape,” Plante said. Financially, the city was “as strong as we’ve been in recent years.”

The new budget for fiscal year 2022 (FY22) begins July 1. The 3.9% increase over last fiscal year broke down to 5.7% more spending on the city side and 2.9% spent on the school side of the budget. As was the case in prior years, FY22 does not require spending reserves and maintains most services.

In Massachusetts, school committee set their own spending within the municipal budget. Springfield budget-writers have even less influence on educational funding as nearly all of its schools funding comes from the state.

Under state law, the mayor proposes the budget to the City Council. The Council can vote to cut from budget line items. Councilors cannot add or transfer funds without the mayor’s concurrence. A final vote confirms the appropriation. The Springfield City Council will review the budget this week. Final votes will come the week of June 21.

At-large Councilor Tracye Whitfield, who chairs the Council’s Finance Committee, did not respond to an opportunity to comment on the budget.

While controversies can arise easily, nothing that could derail the budget stands out. The Council may revisit the police shooting range lease. However, it is the provenance of that agreement more than its need or even terms that stokes councilors’ concerns. 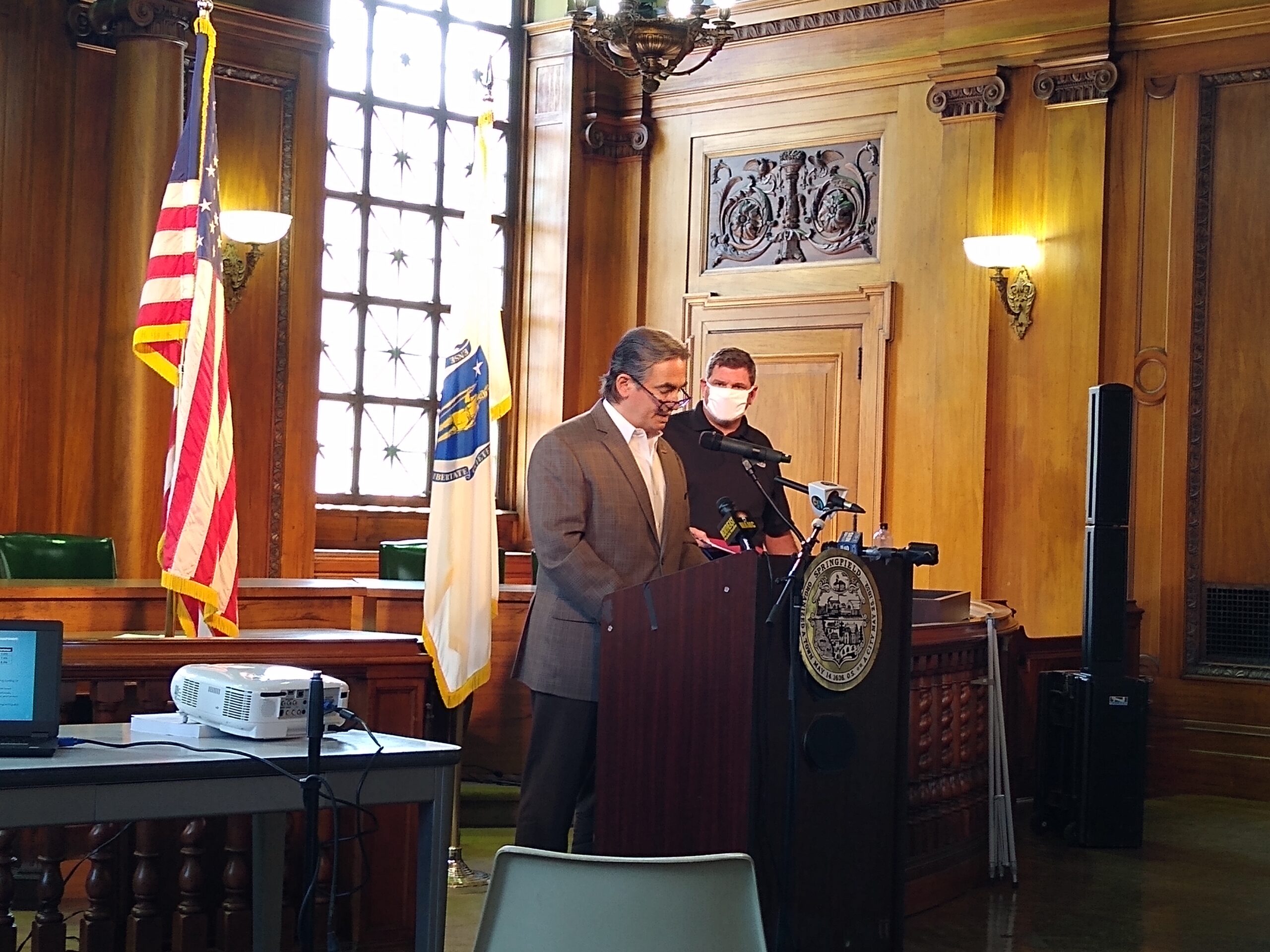 Last year the budget came amid tremendous uncertainty about revenue and the chaos of the pandemic. At the time, Plante, whose tenure dates to the Control Board era, said fiscal year 2021 was the most difficult budget he had ever put together.

Initially, state sales and income tax revenues took a hit, endangering state assistance to cities like Springfield. Yet, Massachusetts, among other Northeastern states, weathered the following months better than expected. The School Department was bracing for a massive hit. Local aid endured.

The city has seen declines in hospitality, meals and permitting revenue. In an interview, Plante estimated Springfield was on track to collect $9 million less than it should have but for the pandemic. Excise tax collections were soft, but unlike the other revenue, the city has ways to pursue that revenue.

Springfield closed out FY20 with a surplus thanks to hiring freezes and withhold funds for unperformable work. These continued into early FY21. That plus better-than-feared revenue means Springfield will likely close the current budget in the black, too.

The FY21 surplus remains speculative, but could hit $10 million. That would largely recoup free cash the city used last year to keep the budget in balance. Free cash, or unused funds from prior budgets, usually go toward reserves or one-time expenses. Springfield bean counters on Biden  after the ARP, unironically: “God love him!” (via Wikipedia)

“The biggest thing about this year was actually waiting for the federal government, for the Treasury to release the guidance on the American Rescue Plan,” Plante said. That guidance came last month.

The FY22 budget presumes weaker hospitality funds will persist, but the city’s largest source of revenue is stable. The budget assumes nearly $232 million in property tax revenue after certain carve-outs. This figure includes the roughly $228 million collected last year plus the full 2.5% levy limit of Proposition 2 ½. The budget conservatively presumes $1.2 million new growth revenue, which the city can levy beyond the levy limit. That is a fraction of the nearly $6.7 million in new growth revenue Springfield captured in FY21.

During his weekly updates that concluded last month, Mayor Sarno had said Springfield was running a covid-related deficit. Plante explained that figure was now about $9.3 million, driven by the city’s $40 million pandemic spending. However, it will not affect the budget for now.

Most pandemic expenses occurred off-budget, often as emergency spending. If necessary, the city could extinguish this obligation unilaterally. However, Plante confirmed that this city was identifying funding sources likes grants to pay off these expenses.

Within the budget itself, Sarno’s message to the Council states that the budget funds police and fire academies to backfill vacancies. Unlike last year, the new fiscal year’s cadets will not train on a staggered basis. That was basically a social-distancing move, but increased the academies’ costs.

Money continues to flow into the rollout of body cameras. Notably, the budget funds three new attorney positions and an assistant for the Law Department to handle an inevitable influx of public records requests for the body camera footage. After last year’s protests, a few new police accountability items are the budget in addition to longer-term ones. (WMP&I)

There was another notable civil rights item in the budget. Last summer, the US Department of Justice released a damning report about the Springfield Police Department. Since then, the city has been negotiating with the feds about reforming Pearl Street. Though it may be unavoidable with a Biden Justice Department, the city is likely trying to stave off a consent decree.

Among the items it connects to the Justice Department negotiations are a new captain to oversee training. Another Justice Department-inspired item is $81,000 to digitize records from the academy and the Internal Investigations Unit. There is also mention of a public relation campaign dating to FY21.

In addition, the Finance Department will hire three positions to handle additional workload. Two of them will handle COVID-related grants.

Budget documents state the budget relies on $12 million of the roughly $93 million it expects to receive from the ARP. The $12 million figure partly arises from federal calculations about the city’s lost revenue due to the pandemic. Because Hampden County is defunct as a legal entity, the city could also receive a share of funds the ARP technically allocates the county.

Plante said the Council would vote to accept the full ARP grant. Half of the funds have already been wired to the city, but Council action is necessary. He said that once that happens, the funds will become spendable and available for use. However, Plante insisted the Council will continue to have a role.

“I need to have the Council’s involvement,” the CAFO said.

Other than the funds used to balance the budget, the mayor and budget office have not yet released their plans for ARP funds. However, they will undoubtedly include support for business and expansion of other programs earlier federal coronavirus relief financed. Other uses may mirror the city’s use of federal tornado relief dollars. The city had used some tornado money for overdue capital projects.

Funds from ARP have far more flexibility than earlier CARES Act monies. Moreover, the city has a few years to spend them.

The School Department also has its own multimillion ARP infusion. 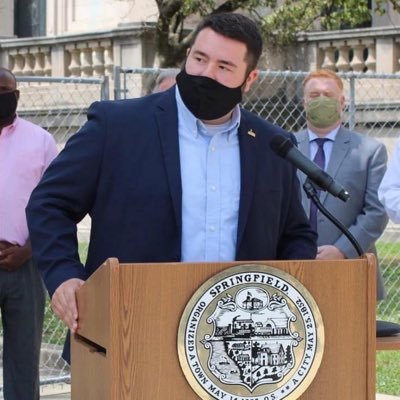 At-large Councilor Jesse Lederman, chair of the Council’s coronavirus subcommittee, has held hearings about how Springfield will spend ARP money. The Council cannot control the money any more directly than normal appropriations, however councilors expect to have a role in approving uses for what Lederman called “the most significant influx of federal dollars to local governments in the recent history.”

In a text, Lederman cited a recent town hall his committee held that heard from residents and business owners about what they felt the greatest needs were. He said looked forward to working with the administration to ensure ARP funds address the pandemic’s aftermath, “but also invested to build long-term resiliency in all of our neighborhoods.”

“I believe we must continue to proceed with expenditure of these funds in an inclusive and transparent manner,” he said.