Back (online) for the money. (WMP&I/Google images Search)

SPRINGFIELD—Despite roughly two hours of often passionate debate, the City Council here unanimously approved Mayor Domenico Sarno’s budget for fiscal year 2022 without cuts. With some help from the American Rescue Plan, the $756 million spending plan largely peels city government off the floor after going into a defensive fiscal crouch during the coronavirus pandemic.

To the extent that there were any traumas and dramas—and there were on Monday—they focused on police issues. Yet, the city’s rather unique posture in the police debate limited proposed cuts to efforts to reallocate funding to training. There were concerns about the shooting range lease from last year, too. However, complaints about that item largely center on procurement not policing spending itself.

“I’m very happy that in this very difficult year that we are able to have a budget where there are no layoffs,” at-large Councilor Kateri Walsh. That fairly surmises of the Council’s budget ether.

Outside last year’s shooting range cut, Sarno’s budgets have sailed through the Council in recent years. The budget does become an opportunity to raise issues with in a public setting and FY2022 was no different.

Despite a sometimes hostile relationship between Sarno and the Council, the budget usually escapes the crossfire. Although the mayor sometimes still drops a fiscal timebomb—or steaming pile—in councilors’ laps, finance officials generally try to avoid conflict. For its part, the Council has been more successful parrying mayoral power plays when popular spending is not at issue.

This dynamic was on display during Monday’s Zoom-based budget meeting. Councilors spoke about what they liked and offered more friendly tweaks than fiery confrontations.

Ward 8 Councilor Orlando Ramos expressed satisfaction at the discussion about private ways in the city, a longstanding concern of his. The bill to make them modern roads—upward of $30 million—was steep and the problem dates back decades. While they did not have a plan to address this as Ramos would have like, Sarno and Public Works chief Chris Cignoli’s candid explanations suggested accord was possible. Ramos, who is also a House rep in Boston, agreed the state should play a role, too.

Walsh raised the renovation of the campanile. The pre-WWI clocktower is a central city symbol, but its deterioration has become a metaphor. Sarno suggested federal infrastructure money could be a funding source, though it is unclear bill Congress is considering would apply. Chief Administrative & Financial Officer Timothy Plante said a path forward could be Community Preservation Act funds. 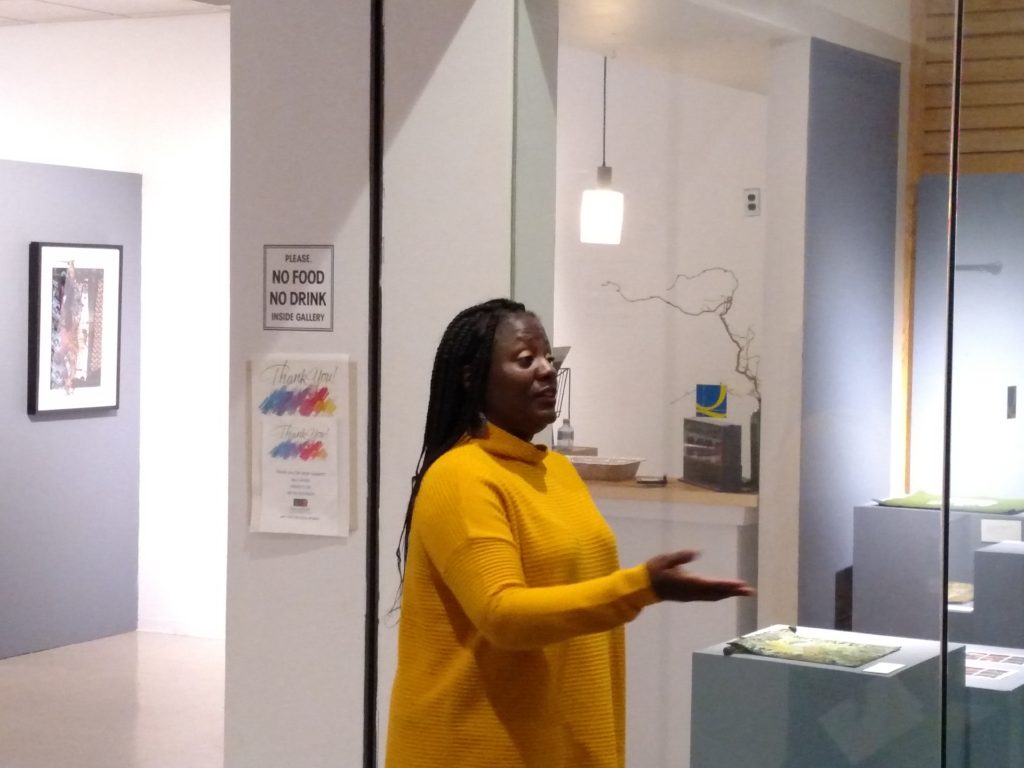 Councilor Whitfield has been among the most vocal advocates for change at Pearl Street. (WMP&I)

The heat did come on police spending, but not exactly because of a disagreement about funding per se. Whitfield described what she called “harassment” last week as the Police Department called around to find her to pay a police detail bill for Juneteenth events. The event had a $644 overtime detail. Whitfield said she did not mind the cost but questioned the intensity of Pearl Street’s telephonic pursuit.

Whitfield alluded to tense situations with police administration before, but did not go into detail.

Sarno expressed regret but he said it happened because police clerks were trying to collect the money before Friday when city offices would close for Juneteenth.

Whitfield said she understood but reiterated objections to the tone and manner the department used. She would ultimately propose a $200,000 cut from the police overtime budget. Her recommendation was the mayor reallocate the funds for training as well as outreach for violence prevention.

Last week, Whitfield aired similar concerns about a grant aimed mostly at suppression (arrests). Despite heated moments this Monday, she tempered her displeasure by highlighting how helpful Deputy Chief Steve Kent had been on that grant.

Most councilors ranged from iffy to oppositional to the cut. After much discussion about how training would stress the overtime budget—it pulls cops off the street—the administration agreed to look for funds for the kind of training Whitfield sought. In then end, she withdrew the excision. 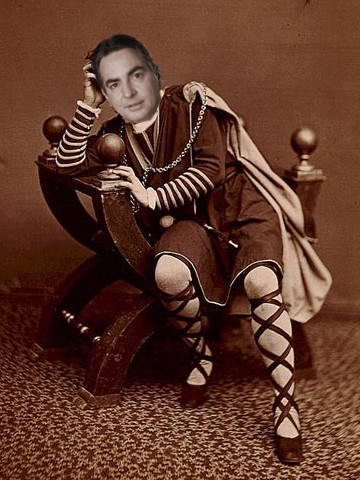 “Brevity is the soul of wit.“ (image made via Springfield mayoral portrait & loc.gov files)

Later, in a symbolic move, at-large Councilor Justin Hurst proposed slashing $644 from the police budget: the value of Juneteenth police detail. Ironically, this was the proposal that came closest to igniting Hizzoner. After briefly fulminating about such a “petty” cut, Sarno appeared to recognize the absurdity of his own rage and calmed down. The cut failed 2-11. Only Hurst and Whitfield supported it.

Councilors also briefly revisited the shooting range lease, but unlike last year declined to cut it. In his earlier comments, councilor Davila had raised his concerns about how the lease for the Page Boulevard facility came to be. He did not dispute the need for police to train in a modern facility rather than an apparently dank hole under Pearl Street as cops had been using. The mayor did not directly engage with Davila’s concerns—Sarno focused on the need—other than insisting he followed state procurement law.

Per the agreement, the city agreed to pay $800,000 for 20 years to use the facility. The lease never came before the Council for approval. Usually contracts longer than three years need Council sanction. Officials claimed the uniqueness of the project allowed them to proceed unilaterally. Despite the Council’s cut of the lease, the nature of the budget allowed Sarno to fund it elsewhere.

Councilor Ramos signaled last week he would make a move on the shooting range. He also more explicitly connected it to calls for police reform. Lease doubters on the Council had sought to avoid that last year lest they appear to defund the police. (Sarno accused them of as much anyway).

Indeed, on Monday night, Ramos went so far as to call defunding and/or abolishing the police “the stupidest idea I’ve ever heard.” Although Springfield hosted protests after the death of George Floyd, the city has never had a meaningful movement to defund the police.

After Ramos proposed zeroing out the lease, Hurst seconded it. Hurst suggested backroom deals were in play. The owners of 299 Page Boulevard, LLC, which owns the building, have contributed to the mayor, but Sarno has denied any chicanery. Hurst invoked recent marijuana licenses, , too, prompting a rebuke from Sarno. Council President Marcus Williams cut off any further discussion on the licenses as they were not pertinent to the budget.

Ramos’ lease cut, however, was doomed to fail. An early sign was Whitfield, who chairs the Council’s Finance Committee, airing her desire to review the lease outside of a budgetary context. She made that clear when Ramos telegraphed his plans. The motion to cut failed 2-11. Only Ramos and Hurst voted yes.

After all the motions to cut, the budget votes proceeded quickly. Aside from procedural roll calls, the Council took four unanimous votes to enact the budget. The first was the actual appropriation. After that were separate votes to establish revolving accounts and the trash fee enterprise fund for FY22. The other vote was to add $12 million of American Rescue Plan money to the budget. After the budget, the city still has at least $71 million at its disposal from Uncle Sam.

Before the budget meeting, the Council had held a special meeting to consider bills from the week before. The original purpose was to pass an ordinance banning the sale of gas for dirt bikes. The Council delayed passage to hear from gas station owners. However, the meeting for that did not go forward. Ramos, the chair of Public Safety, continued the ordinance instead.

The other item was second and third step on a bill to raise the pay of the mayor, Council and School Committee. It had only received first step approval the week before. Hurst, who supports the raise objected to passage at a special meeting only a week after first step. He correctly noted this would be incredibly fast, especially for a controversial item. Councilors agreed and sent the item to committee.