Take My Council, Please: Turning into Pumpkins after 10pm…

Maybe Zoomed to near wit’s end to deal with all this? (WMP&I/Google images Search)

SPRINGFIELD—At its June 7 meeting last Monday, the City Council cut itself off. After some members had spent a third of their day in Council Zoom meetings—the body remains virtual for now—councilors agreed to execute the 10pm drop-dead rule. The provision had been added to the Council rules earlier this year in an attempt to encourage the body to focus and execute agendas efficiently.

A return to the Council chamber is unlikely before September, assuming the legislature waives Open Meeting Law requirements beyond June 15. That is the date Governor Charlie Baker’s emergency orders expire. Even so, the exhaustion virtual encounters engender is increasingly evident. This past Monday was particularly wearying for some councilors. Some held committee meetings before selecting Election Commissioner Gladys Oyola as the new city clerk and starting the regular meeting.

Another factor weighing on meetings of late has been the addition of permit hearings during regular agendas. The City Council has no inherent permit-granting authority under state law. Rather, state zoning law empowers municipalities to assign this power and in Springfield the Council assigned itself this task. Sitting, in effect, as an administrative agency and not a legislature, it votes to approve various permits.

This is an onerous process even without pandemics. However, the process takes even longer remotely and so permit hearings now occur during regular meetings in addition to during normal permit hearing meetings.

At this meeting were four permits, among them one for a medical facility on Cottage Street in the city’s Memorial Industrial Park. Named for the interwar-era golf course that once sat there the land now hosts many of the more modern manufacturing plants in the city.

However, not all tenants are manufacturers. Recovery Connection Centers of America (RCCA) seeks to open a treatment facility on Cottage Street. A neighbor of theirs would be a church. Many of the communicants pan RCCA’s plans. But RCCA has deep pockets as evidenced by the phalanx of attorneys and strategists it had on the call on its behalf. The facility would have any overnight accommodations. 281 Cottage Street, a place to recover? (via Springfield City Hall)

There were not-so-subtle threats of litigation if the city did not approve the permit. In short, because addiction can be a recognized impairment under the Americans with Disabilities Act, the city’s alleged use of its zoning to discriminate could be the basis of a suit. Ultimately, watching the clock and the complexity of the matter, councilors opted to continue RCCA’s hearing on a 12-1 vote. Only Council President Marcus Williams dissented.

An amendment to the city’s rules of the road went to committee. Receiving councilors greenlight were utility petitions for water & sewer on Barnum Street and fiber-optic service to Smith & Wesson along Roosevelt Avenue. They also approved a Verizon petition for commercial  fiber-optic installation at Ranney & Johnson streets.

Councilors accepted a bevy of grants both large and small. Only two went to committee. One was the $83,952 Byrne JAG grant and the other was more than $6 million form the American Rescue Plan. 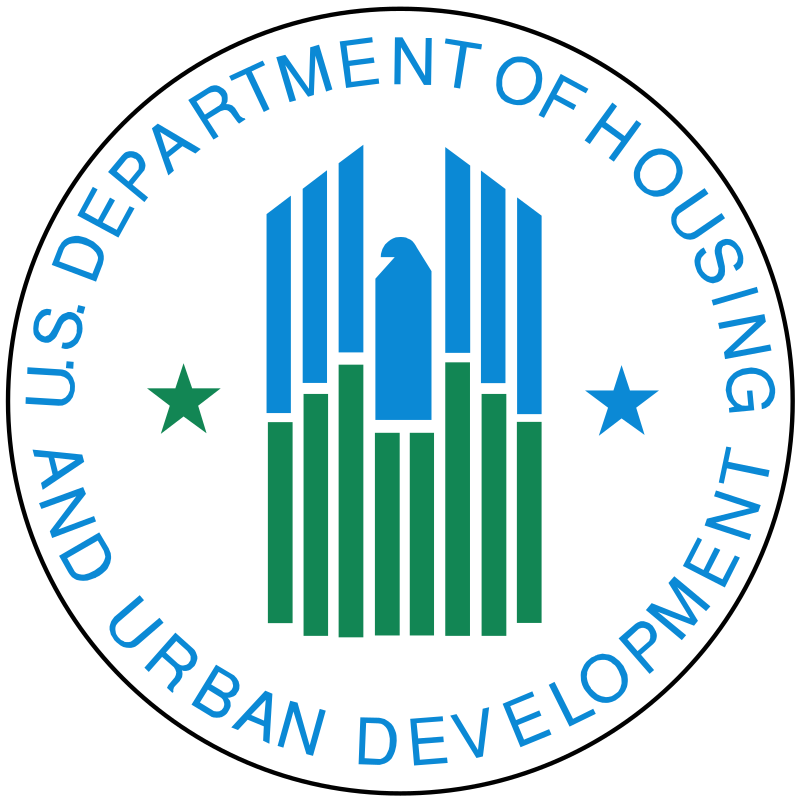 It was HUD day at the Springfield City Council. (via wikipedia)

Many of the approved grants arrived from the United States Department of Housing & Urban Development. Among the funds were: $4.4 million for homelessness programs; over $3.9 million for the city’s annual allocation of Community Development Block Grant funding; more than $1.6 million for general housing programs; $727,000 for housing programs for those with AIDS; and nearly $334,000 for housing emergencies. Like CDBG, these grants were annual allocations.

Other grants the Council accepted were $400,000 from the Massachusetts Gaming Commission as part of a community mitigation grant; $250,000 from the Department of Public Health for overdose prevention, another $160,000 from DPH for problem gambling; and another $140,000 across two grants for senior programs.

Having taken several weeks to review the agreement, the Council approved a temporary revision of the city’s relationship with the Parking Authority. The change harmonizes the arrangement with the terms of the city’s towing contract.

Councilors also agreed to move $734,000 to its account to pay for non-pension retirement expenses. Another $20,000 was transferred into the procurement budget for advertising. The source for both transfers was free cash.

Councilor opted to skip ahead on the agenda and give final approval to an ordinance adding Juneteenth (June 19) as an official municipal holiday. While the state had already ordered such a recognition—thereby bringing the city along—the ordinance had both symbolic and substantive value to ensure its observation in 2021. It passed without dissent. At-large councilor Tracye Whitfield, who had spearheaded the initiative, thanked her colleagues for their support.

The final item the Council reached was first step on an ordinance to ban the sale of gasoline to dirt bikes at service stations. Ward 8 Councilor Orlando Ramos, this bill’s lead sponsor, said he had spoken with officials from New Haven, who have a similar measure.

Ramos was careful to note that the bill is not a panacea. However, it could become a tool to reduce the use of off-road dirt bikes in the city, which produce considerable noise. First step passed without dissent.

By this point, the councilors who had been zooming for six or seven hours straight were spent. The invocation of the 10pm cutoff automatically continued two ordinances and a zoning amendment until the next meeting.

The same week as this meeting, the Massachusetts Senate approved an extension of remote meetings until April. This was well beyond what Baker had requested. The Senate President’s office did not respond to an inquiry as to why it went out this long.  It seems the Springfield City Council will not wait that long for at least a hybrid return. In the Beforetimes, marathon meetings could certainly exhaust councilors. However, virtual hearings can become debilitating because it robs human interaction of essential nonverbal cues.

In virtual times, Council meetings have often exceeded the 10pm threshold, but councilors ignored it. When councilors walked the chamber, however, such lengthy meetings were far rarer. Perhaps the Council will, at the most, stick to its Labor Day return to 36 Court Street. It does not seem likely to take up the Senate’s invitation to wait until April, assuming the House and governor concur, barring a failure of the vaccines.