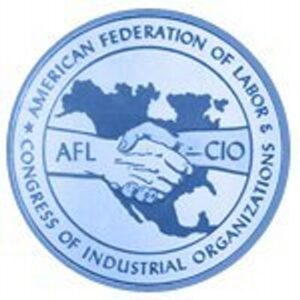 The top labor group in Western Mass has thoughts about this election cycle. (Via Twitter)

Overwhelmed first by hot vax summer and then the coronavirus encore, municipal elections in the region have not exactly take center stage. This is despite marquee mayoral races in Holyoke and Northampton and a bevy of notable down ballot races in many municipalities. Conversely, Springfield is on its midterm cycle and cities like Chicopee and West Springfield mayoral contests are snoozefests.

Into this relative quiet, the Western Mass Area Labor Federation, the umbrella group for labor in the Pioneer Valley, has announced its preferences in some of the most important contests. Despite union membership shrinkage, labor retains an outsized role in the 413. The impact varies depending on the union, which tend to swing harder in state and federal races. However, by weighing in on big mayoral contests, labor signals which candidates match their values most.

“The WMALF is excited to endorse candidates who support our vision: public investments that benefit the community and workers; safe and dignified work for all; strong public schools; policies that support workers’ right to organize; responsible economic development that shares benefits with workers; and other policies that create a better life for all working people of Western Mass,” the federation said in a statement accompanying its announcements.

The WMALF consists of a Pioneer Valley and Hampshire-Franklin Labor Assemblies.

Union endorsements have received criticism an insidery process. However, the federation said a “democratic process” guided these choices. Private and public sector union delegates from endorsed candidates’ respective counties made the choice with input from WMALF’s Committee on Public Education. COPEs are usually the organ through which unions engage the public during elections.

Political observers have noted that the WMALF has overhauled its endorsement process to bolster the attention and esteem of its selection. Endorsements can come with mailings and, potentially, canvassing to inform voters of its recommendations.

None of WMALF’s pick are exactly a shock. Endorsed incumbents have a record of responsiveness to labor. Where the federation backed newcomers, it was often because of direct ties. Individual unions’ endorsements should become public in the coming weeks. 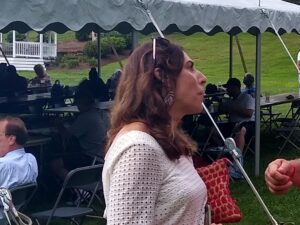 Lisi locked down the federation in a city where unions are still very relevant. (WMP&I)

Entering into the mayoral contests is notable given the competitiveness of each city’s races. The threshold for the endorsement is usually high and thus hard to clear when several labor-friendly candidates run. Holyoke provides a stark example where the ever-undulating field included many candidates who vocally support organized labor.

Is a press release from Lisi’s campaign, WMALF Executive Director Lydia Wood praised the candidate as a champion of working families.

“She is just the kind of strong advocate we need in the office of mayor and we look forward to continuing our work together once she’s elected mayor,” Wood said of Lisi. She noted Lisi’s support for the wage theft ordinance, public education and equitable economic development.

“As a mayor who values organized labor, I will be a full faith negotiator and work to build consensus around the compromises that each side will make in a negotiation,” she said in her statement.

Like Lisi, Sciarra of Northampton has spoken about wage theft, including advocating for state action. In her release thanking the federation for the nod, Sciarra noted her support for a bill moving through the legislature. 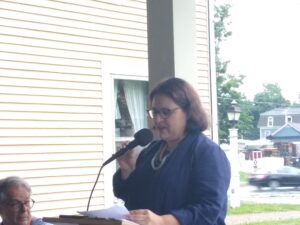 Labor shined on Sciarra, too. (WMP&I)

“I look forward to working with the Federation and its members to lift the voices of working people in Northampton and beyond and help them to lead the way in making our city a more fair and equitable place to live,” she said.

In Holyoke, the WMALF backed Guy O’Donnell who is challenging Ward 5 City Councilor Linda Vacon. As she is mong the Council’s most conservative members, it is not exactly a surprise O’Donnell received labor’s backing over Vacon.

Down in Springfield, the endorsements get a bit more interesting, in part because of who they did endorse and who they did not.

Lederman, an at-large councilor, has been among labor’s most consistent allies in the City of Homes, advocating for the state wage theft law and local ordinances important to workers. In a statement, Lederman said he was proud and grateful for the federation’s support.

“Working together with organized labor and workers across the our city we have been able to pass some of the strongest worker protections in the Commonwealth, from our local Wage Theft Ordinance to the Responsible Employer Ordinance,” he said. “I will never back down from the fight for working families in Springfield.”

Well before Lederman was on the Council, his colleague Ward 3 Councilor Edwards was toiling on the REO. What once seemed like a Sisyphean task finally began to bear fruit some years ago. Edwards has earned labor support, at least in municipal contests, ever since. In November, he will face Lezlie Braxton Campbell, a city teacher, activist and President of the Young Democrats of Massachusetts.

The local branch of the AFLCIO was a lot choosier when it came to the Council in Springfield, especially where incumbents are concerned.
(WMP&I)

At-large Councilor Hurst, too, has been a consistent friend to labor, which earned him the federation’s support. His wife, School Committee member Denise Hurst, and her colleague LaTonia Naylor received WMALF’s backing for the two at-large seats.

They will face Cary Szafranski Curley, who is the cousin of WMP&I Editor-in-chief Matt Szafranski.

But notably missing from the endorsements are other at-large incumbents. Freshman councilor Sean Curran may have rankled labor folks during his state rep days. Yet, Kateri Walsh and Tracye Whitfield have generally supported labor’s issues before the Council. The endorsement questionnaire could have been a factor.

However, Ryan, a city teacher who challenging the five at-large incumbents, did get WMALF’s support. Ryan is active in the Springfield Education Association. Labor usually has historically had a soft spot for its members running for office.

“As a public school teacher, a proud union member, and an advocate for the labor movement at the regional and state levels, it means a lot to be backed by an organization committed to investing in the well-being of workers and the community we all live in,” Ryan said on his Facebook page.

The federation opted not to recommend how residents should use their other two at-large votes.

The Ward 8 seat is open because now-State Rep Orlando Ramos is retiring from the Council. Zaida Govan has attracted a wide swath of support including from the federation.

“I have always been a staunch advocate for worker’s rights to organize, strong unions, and policies that benefit middle-class employees,” Govan said on her Facebook page. “I promise as your next Ward 8 city councilor I will always support an agenda that puts the people and small businesses of our ward, first.”

In Ward 4, however, WMALF is backing Jynai McDonald over the incumbent Malo Brown. Brown’s boss, State Rep Bud Williams, has generally been a labor ally. However, McDonald has a key advantage. She works for Service Employees International Union, Local 509 as its family childcare coordinator.

The federation’s final pick was also for a challenger over an incumbent. It backed Ayanna Crawford over incumbent Peter Murphy in the School Committee district covering Wards 2 and 8.