As Councilor & Mayoral Hopeful, Lisi Has Considered the City in Holyoke…

This post is the second in a series of Holyoke mayoral candidate profiles ahead of the 9/21 preliminary. Lisi 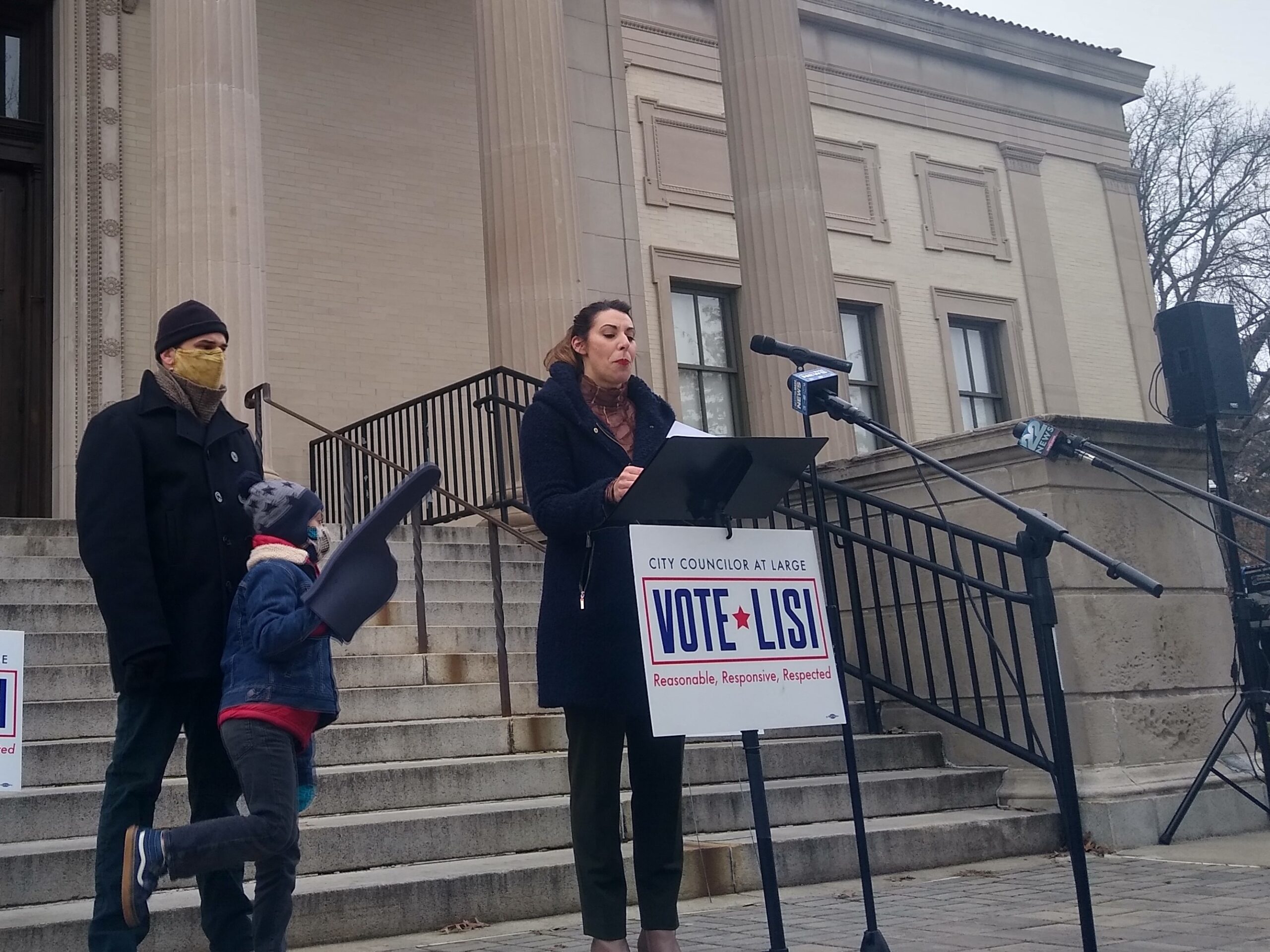 Councilor Lisi announcing her campaign at the Library in January with the fam. (WMP&I)

HOLYOKE—Rebecca Lisi has not exactly been an insider. Yet, she is the candidate for mayor this year with the most time in elected city government—if fractional compared to other councilors. She never was in whichever cliquey majority had sway over the City Council. Yet, as perhaps the most policy-anchored councilor of the last decade, she ably steered legislation through the chamber.

After seven terms as an at-large city councilor, Lisi now hopes the Paper City will entrust her with the mayoralty. She has seized a place in the race as an establishment left candidate with a wonky edge that mirrors much of her Council tenure. Skepticism from provincial quarters of this city has followed her over the years. Still, the native New Yorker now rooted firmly here was an early figure in Holyoke’s self-reassessment.

“I feel that in many ways I have created a path for different voices to come forward and participate in meaningful ways in local politics,” Lisi said in a recent interview.

There is something to that.

Right now, Lisi is hoping to set down a different path: toward City Hall’s corner office. Among the first to announce this year, she is among seven running in the September 21 mayoral preliminary here.

First elected in 2007, Lisi was an earlier herald for new voices in Holyoke politics. Natives like Aaron Vega and Alex Morse featured prominently too. But Lisi, along with longer-time residents, was also at the forefront of CRUSH. Citizens for the Revitalization & Urban Success of Holyoke wanted to spotlight—and enjoy—Holyoke’s qualities as a city. 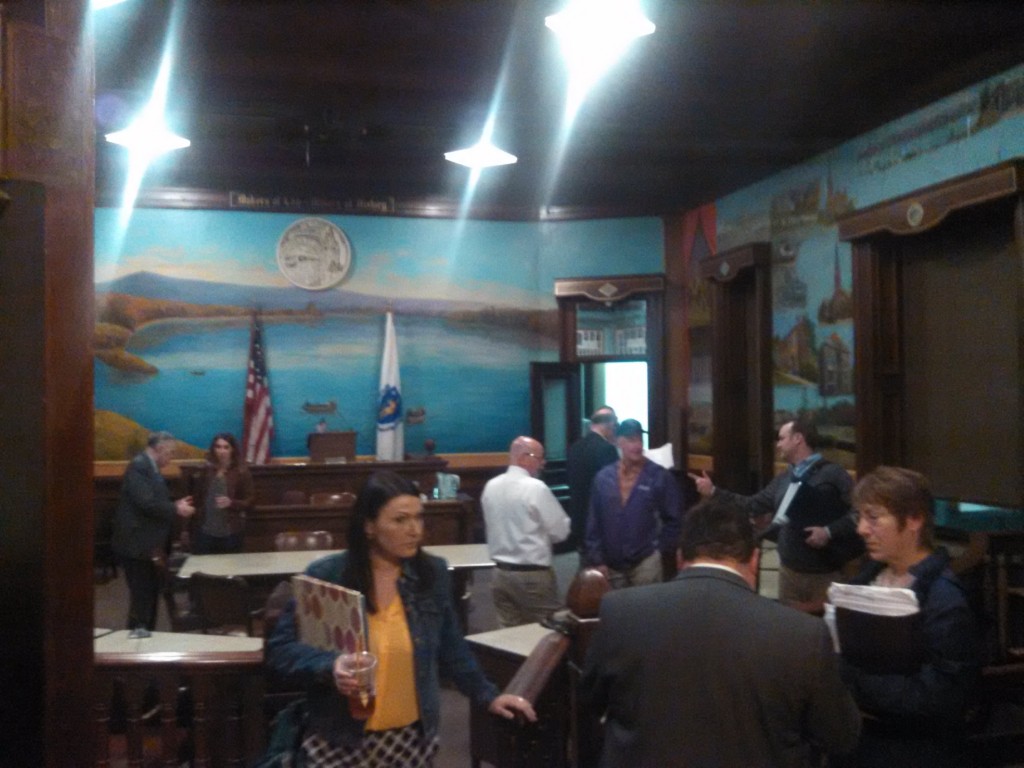 Arguably, urban revitalization has remained Lisi’s lodestar ever since. On debate stages, on the campaign trail and in interviews, she touts her support for Smart Growth policies. She has emphasized zoning reforms large and small and has championed the marijuana industry as it reuses old mills. Where her task grows taller, however, is translating that into a message for residents exhausted by the Morse wars, flagging services, school receivership and, obviously, the pandemic.

Ideologically, Lisi, who turns 43 this month, differs little from most of her mayoral rivals. All can count supporters from across the city. Yet, Lisi has drawn visibly from traditional urban corners like labor and pols from minority communities.

“She helped me lift up my barrio by creating the space to honor this victim and his family,” Hernandez said. “Her sincerity was evident as I witnessed her genuine investment in a community full of diversity, people of all backgrounds and colors that came together as one.”

The politics she has practiced suggests an academic yet Menino-esque urban mechanic mixed with a La Guardian revel for the city. But rather than consolidate, the progressive wing of the field only grew.

Speaking to WMP&I at Community Field as children played and cars zoomed past in the background, Lisi described her road to Holyoke. Though ever careful in word choice, she eagerly plowed through details of urban and development policy.  She grew up on Long Island and attended Binghamton University. Lisi spent time abroad before settling in the Pioneer Valley early this millennium.

Holyoke’s feel and its political scene were among the attractions. She had been working for Clean Water Action. After rising as far as she could there, Lisi looked to local office. The Ward 7 Council seat opened in 2005 and she gave it a shot.

“The only person I knew was Damian,” Lisi said referencing her now-husband Damian Cote, currently Holyoke’s Building Commission. “I met everybody who I knew through door knocking.”

Her first race was not successful, but two years later she won an at-large seat. Lisi survived some close calls, but generally won reelection comfortably. In the Council chambers, she did not gravitate toward the dominant factions. Early on, an all-Irish bloc reigned. After Morse became mayor, despite occasion votes against him, Lisi fell outside the anti-Morse camp. 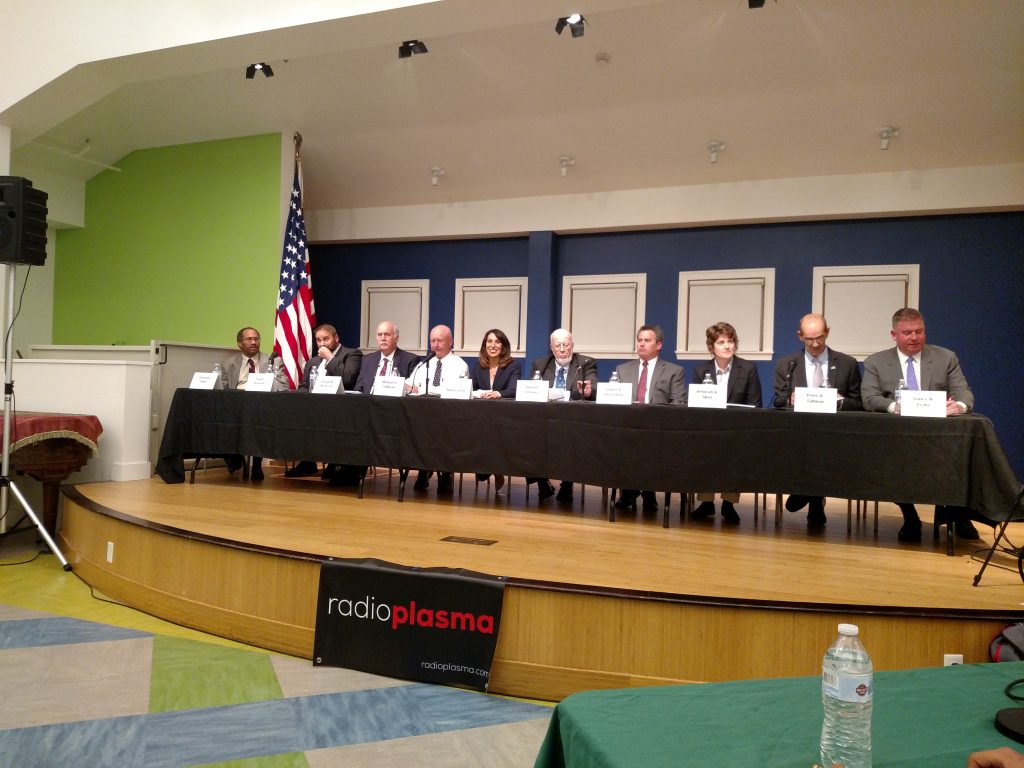 In 2017, the Council dropped two at-large seats, stirring worries Lisi could be on the chopping block. She retained her seat easily. (WMP&I)

They restored an essentially dilapidated house off Route 5 not too far from Mt. Tom. Their son Lucien was born in 2013. Lisi pursued a dissertation in political science, which she successfully defended this year. Pairing political academics and practice was a helpful reality check when the political heat turned up.

“It helped to de-personalize the events, so it wasn’t always about me. It is about interests and the actions and material benefits,” she said of holding office while researching her dissertation.

Lisi’s early focus of urban reconsideration, if not reinvention, remained central. Having grown up near the Big Apple—her father was a cop in the City—she said she saw Holyoke’s potential to be a bustling center again.

Not ever effort has succeeded. She supported an effort to save Mater Dolorosa church and establish a historic district. It foundered on the rocks of the Council’s parochial politics. However,  Lisi counts victories like passing Smart Growth policies, green communities policies and technical changes such as special permitting rules.

Lisi cited a zone change after the YMCA demolished a historic mansion for parking. The alteration, she said, allowed the Y to have its parking but protected the area from unwelcome redevelopment.

“I’ve been able to find compromises that work for both the business community and the neighborhoods,” she said, that, “still remain true to that vision of a revitalized, urban center.”

Unions representing both city workers and the private sector have considered her an ally. Lisa Clauson, Director of Strategic Partnerships for the Carpenters Union, Local 336, said Lisi stood out as advocate for working people.

“There are several pro-worker/pro-labor candidates running for Mayor making the decision a tough one,” Clauson said in an email, “but we chose Lisi because of her commitment to working families and our past experience working with her on these issues.” 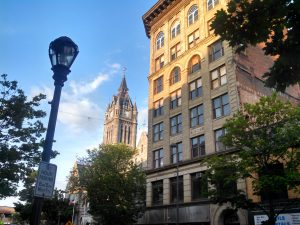 Jeff Jones, the president of 1549—and the area labor federation—said Lisi played a role in halting the privatization of school bus jobs after the Holyoke schools fell into receivership. Replacing minibuses with lower-paid vans, Jones said, would have put children at risk.

“With the support of Lisi and others we were able to convince [then-]Mayor Alex Morse to preserve almost all these jobs which were largely filled by residents of Holyoke,” he said in an email.

With so many challenges ahead, Lisi is arguing she is the one to meet them.

“I think the fact that I have been juggling these multiple roles over all these years and still had a high level of success, in each of them, demonstrates that I have, the capacity or bandwidth to take on a lot and produce a lot,” she said.

Education is one such area. Lisi views it as essential to retaining & drawing families. But in Holyoke, it is a tetrahedron of issues ranging from pursuit of new school buildings to prying the system from state control. Indeed, it played a role in her decision to run for mayor.

Until the failure of the 2019 school debt exclusion, Lisi had seen herself as a collaborator in politics.

“Before the schools campaign, I always thought that I would go on to state rep or state senator after I finished my doctorate,” she said. The chance of being a professor was out there, too, obviously. 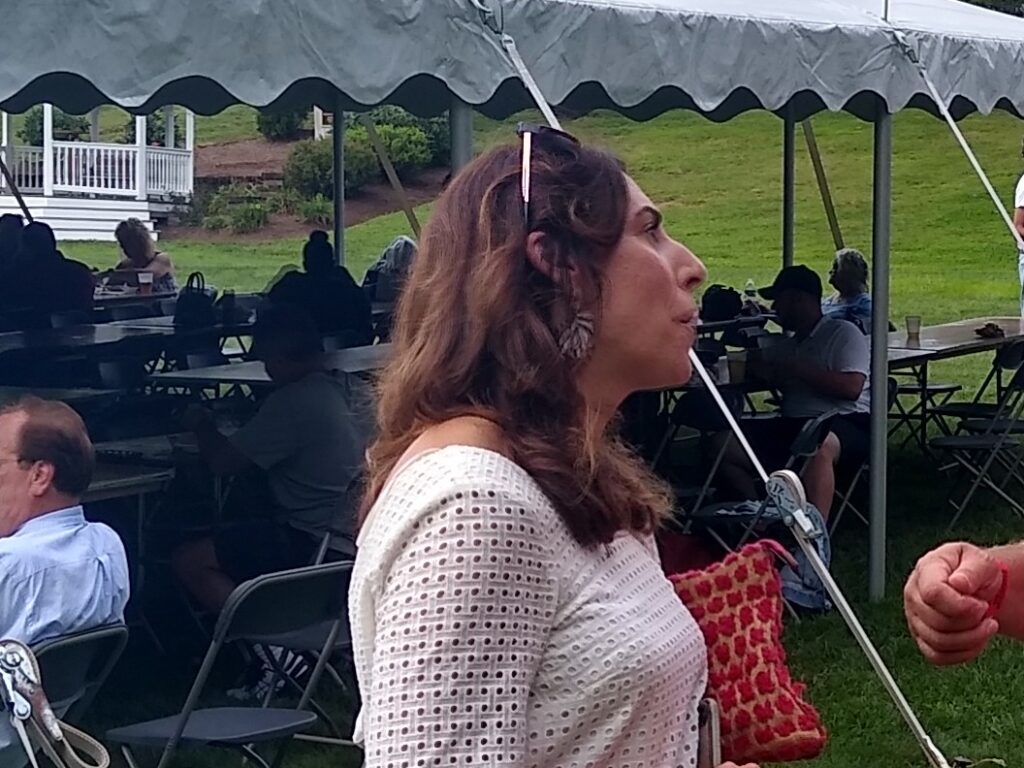 Lisi was always interested in running for higher office, but she said the debt exclusion campaign led her to consider mayor. (WMP&I)

During the debt exclusion vote, Morse was campaigning for Congress. Lisi said she began to see the mayor as more than just a piece of government, but as key “in terms of coordinating a message that the community can rally behind, including the city council.”

There is a broader agenda of revitalization Lisi wants to pursue, too. She would like to see the city foster neighborhood associations. Like Springfield, Holyoke has its own unique areas. Yet, many lack the formal institution that give neighborhoods a voice in the bigger city downriver.

Asked about how she would continue Morse’s embrace of the Latino community in Holyoke civic life, Lisi said neighborhood associations were one way. She also committed to continuing Morse’s habit of diverse appointments to board and commissions. However, the city also needed to get better and receiving and distributing information.

Lisi also supports restructuring the city’s financial departments as officials with the state Department of Revenue have suggested. Lisi rejected mayoral opponent and Blandford Town Administrator Joshua Garcia’s suggestion that Holyoke was on the brink of financial receivership. (In a recent interview with WMP&I, Garcia toned that warning down somewhat).

Like her fellow residents, Lisi wants to move beyond the turbulence of the last decade. The question is whether Holyoke will look to her to calm the waters.

That wonky reputation alienates some, but it can also hit the mark. The vacancies in various city departments are every candidate’s to do list. But during a recent candidate event, Lisi mentioned rebuilding City Hall, that is its personnel, while answering a question about her first six months as mayor.